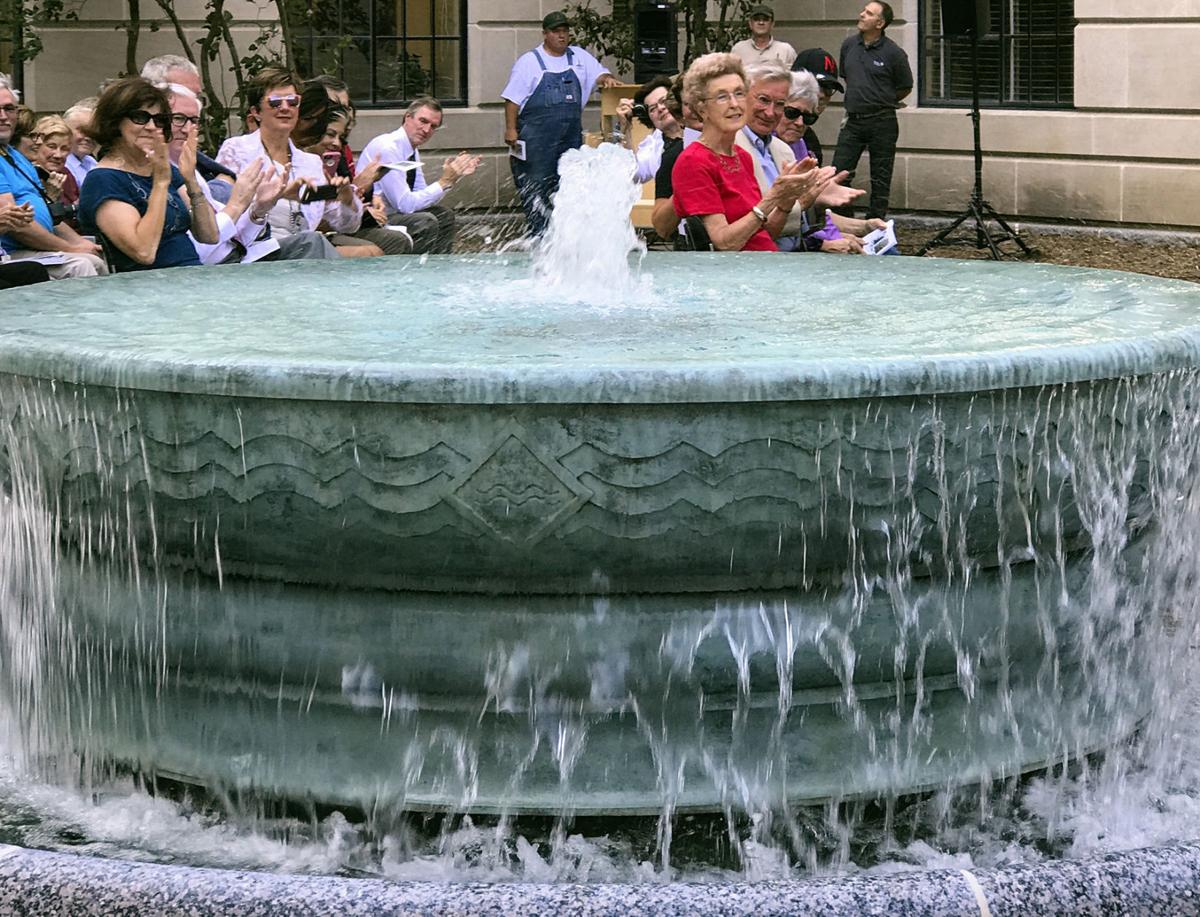 The Capitol fountains were dedicated Friday as part of the sesquicentennial celebration. 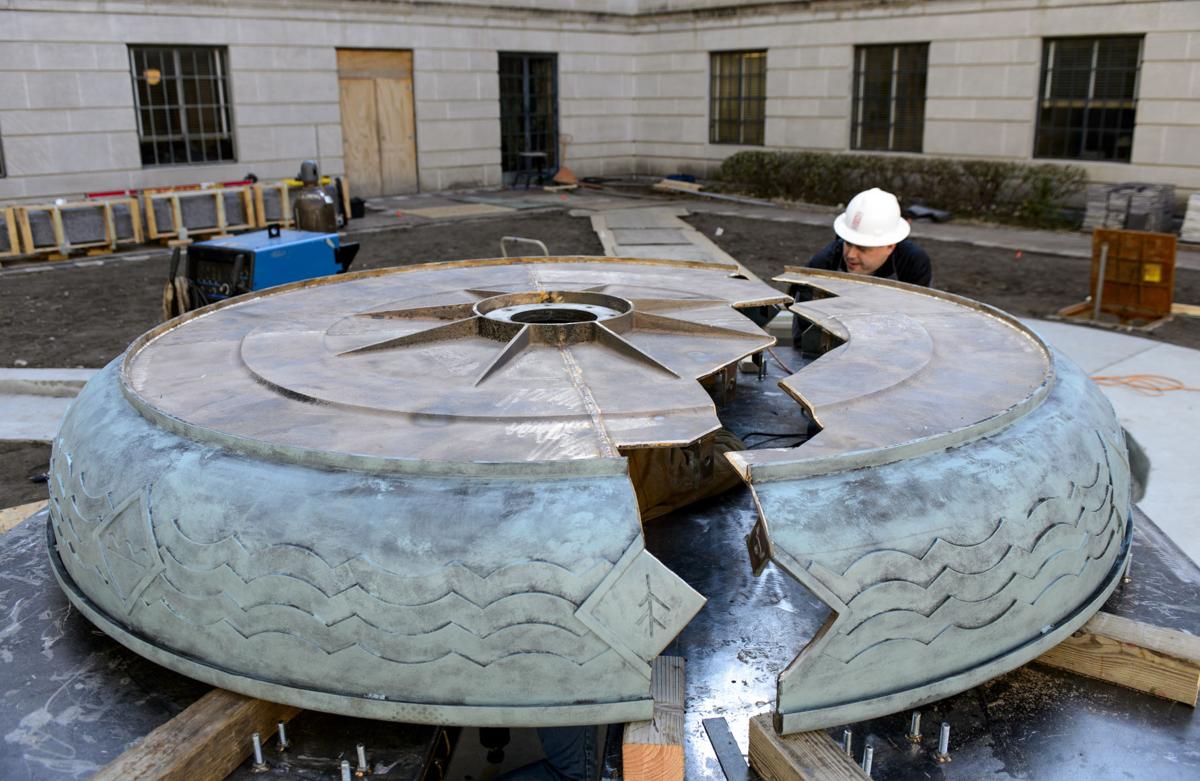 The fountain bowl for the southwest courtyard of the state Capitol was shipped in two pieces to get it through a smaller door.

When architect Bertram Goodhue designed the Capitol he expected it could be built in phases if the state couldn't do everything within budget constraints.

That's what happened, with murals that were planned in several areas and with fountains for the four courtyards within the building.

"The silver lining of some of those things not getting finished in the original concept was that succeeding generations of Nebraskans had the opportunity to be involved in this Capitol construction (completion)," Ricketts said.

Schimek was one of those who lobbied on behalf of the fountains being installed, including former Omaha Sen. John Nelson, a key fundraiser for the project.

"We are overjoyed to be here today," she said.

Native designs were incorporated into the fountains to remind school children that the first Nebraskans were Native Americans, Ricketts said.

Money has been donated, and the last part of the project — landscaping for the courtyards — will complete the last phase of restoration.

When you start digging on ground that hasn't been disturbed for 90 years, you can hope for a little discovery.

Capitol visitors getting a view of working fountains

Four courtyard fountains at the Nebraska Capitol are bubbling and flowing, sheets of water cascading over the edges of their bronze bowls.

Through the windows of the state Capitol, one can start to picture them in the courtyards.

Capital for the Capitol seeks to raise $1.4M to finish courtyards landscaping

Last fall, officials from across the state gathered to celebrate the long-awaited installation of four courtyard fountains in the interior of …

One-fourth of the Nebraska Capitol lower floors is now a hard-hat area.

The Capitol fountains were dedicated Friday as part of the sesquicentennial celebration.

The fountain bowl for the southwest courtyard of the state Capitol was shipped in two pieces to get it through a smaller door.