Audit: Cost of state's health insurance program is 'exorbitant'
0 Comments
Share this
1 of 2 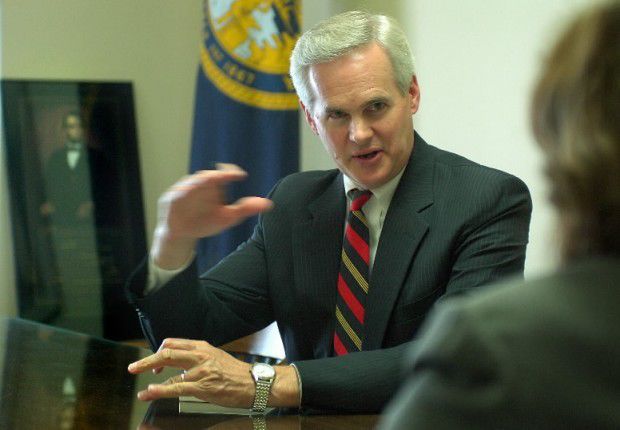 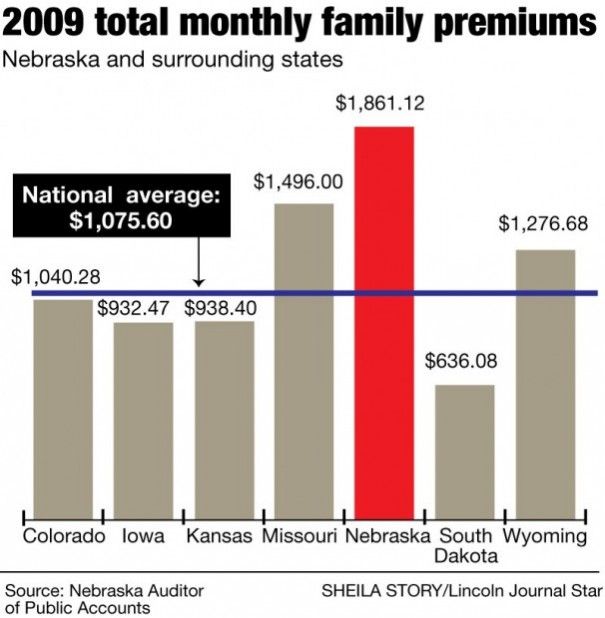 The cost of the state of Nebraska's health insurance program is "exorbitant" and climbing, according to a report issued Monday by State Auditor Mike Foley.

"As a result of this upward trend, by 2011, the annual cost of insurance under the program was $27,058 per employee (for family coverage) -- almost $12,000 more than the national average," the report said. "No less disturbing is the degree to which, according to a 2009 study of the National Conference of State Legislatures, monthly program costs exceed those of all other state employee insurance plans nationwide."

The state pays 79 percent of the employees' costs for insurance. The program is self-insured, meaning claims are paid directly from the premiums paid by the employee and employer shares. The program covers 29,000 state employees and dependents.

"In a particularly egregious example of ineffective oversight, DAS (the Department of Administrative Services) has permitted an inactive state employee, who has not worked for the state in the past 17 years, to continue receiving health insurance coverage through the program," the report said.

“The audit contains many omissions, mischaracterizations and unfounded assertions,” he said.

“Over the last several years, the state has made substantial plan design changes to its health insurance program to lower costs,” he said. “The state’s … costs are significantly below the national trend. Over the last five years, the state’s expenditures have only grown by a total of 5 percent, whereas the national trend has shown an 8 percent increase per year for the same time period.”

He also said Foley mischaracterized the situation about the former employee getting insurance for 17 years.

“The employee is receiving benefits per an agreement negotiated between the state and the employee 17 years ago, as a result of a workplace injury that rendered the employee legally blind,” he said. “Dishonoring this agreement could result in legal consequences with significant financial ramifications to the state.”

The audit fails to recognize the substantial plan design changes that the state has implemented over the past several years, Castillo said. For example, he said deductibles have increased, several co-pays have been replaced with co-insurance and other significant plan design changes have been put into place.

The report also said the state has obtained so-called "stop-loss" insurance to reduce the risk posed by significant claims payments for any one individual. But the audit said because the program has a cash reserve of $65 million -- enough to cover more than five months of claims expenses -- the "necessity of such insurance is questionable.

"More importantly, because the expense of such supplementary coverage has far outweighed any return realized from it, the purchase of the stop loss insurance has resulted in a series of annual net losses for the program, ranging from $448,449 in 2007 to $1,610,541 in 2010," the report said.

Castillo said the stop-loss insurance is reviewed on an annual basis.

“As with most types of insurance, the purpose of stop-loss insurance is to protect the state from large potential multi-million-dollar losses,” he said. “With nearly 30,000 lives covered under the state’s health insurance program, it is impossible to predict when such losses will occur. Stop-loss insurance provides the state with protection and predictability in managing resources.”

The report said even when the stop-loss insurance expenses are not included, the administrative costs of the program far exceed those of the other self-insured state employee plans in Nebraska. In 2010, for example, the state program paid almost twice as much ($9.3 million) for administrative costs as did the University of Nebraska ($4.3 million) for its similar-sized self-insurance plan.

Castillo said administrative fees were determined by a competitive bidding process that resulted in the state selecting the lowest, most responsible bidder.

The audit also said that in 2010 alone, DAS paid $492,725 in ineligible medical and prescription claims. The majority of these claims were for members who had not paid premiums in the month the claim occurred. In some cases, terminated employees were filling and receiving prescriptions after their termination dates.

Castillo said most of the employees deemed by the auditor as ineligible were in fact eligible.

The audit also noted that to participate in the insurance program, a person must be a state employee who works a minimum of 20 hours per week.

In 2010 alone, the state paid some $147,500 in claims for five credit union employees, while premiums collected from these five employees amounted to only about $62,000.

Additionally, there were $431,594 in unsupportable claims and $66,573 in claims that were paid more than once.

"Given the nature of the audit findings ... it is apparent that the program lacks the type of thorough and careful management required of a self-insured insurance plan -- especially, one in which taxpayer dollars are at stake," the report said.

"It seems evident," Foley said, "that DAS has not exercised the level of administrative care required to ensure that taxpayer dollars are not wasted, and the state is getting the most for its money in providing a self-insured employee health insurance plan."

Sen. Bob Krist of Omaha, a member of the Legislature's Performance Audit Committee, said he spoke with committee Chairman Sen. John Harms of Scottsbluff about the audit and that Harms wanted to assure the public that "the Legislature will take every action necessary to resolve this situation."