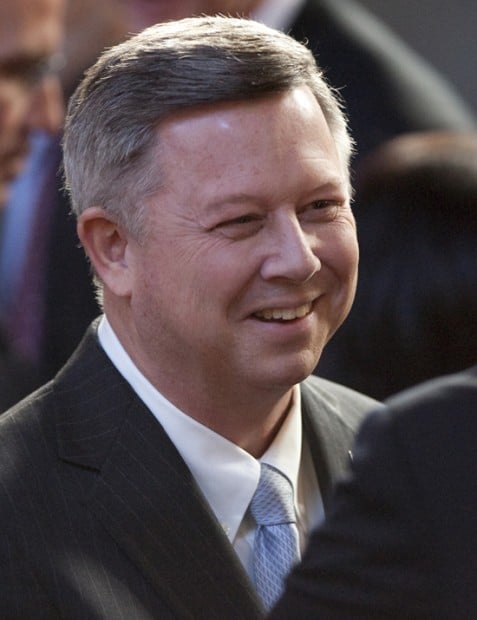 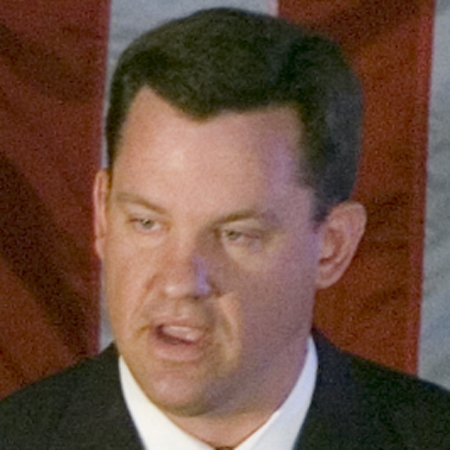 The Nebraska chapter of the Sierra Club is calling for an investigation of $2,500 contributions to the campaigns of Gov. Dave Heineman and Attorney General Jon Bruning from TransCanada.

Heineman and Bruning returned the money earlier this week after questions were raised about the legality of contributions from a foreign corporation.

Ken Winston, lobbyist for the Sierra Club and a critic of the Keystone XL pipeline that TransCanada wants to build through the state, isn't ready for it to end there.

In a prepared statement, Winston said he thinks it's important to find out if federal campaign laws were violated and he wants the U.S. Attorney's office to undertake that mission.

"Since state elected officials were the recipients of these contributions and federal election laws are involved," he said. "The investigation needs to be conducted by federal officials."

Dean Dennhardt of the Heineman re-election campaign said the candidate would have "absolutely no comment."

A spokesman for the Bruning campaign had no immediate comment.

In follow-up remarks Thursday, Winston said campaign donations to two of the state's top elected officials suggest there may be some oversight opportunities on pipelines that the state has yet to pursue.

That could include shaping eminent domain law and requiring pipeline builders to set aside funds to cover the cost of dealing with leaks and other potential problems.

"The governor has a considerable amount of influence, both politically and in the legislative process," Winston said. "We believe that state policy makers, including the governor, should get involved in establishing various provisions to protect the interests of Nebraskans."

About 100 Nebraska landowners along the proposed route of TransCanada's Keystone XL Pipeline have received a negotiated settlement offer, acco…

Federal complaints have been filed against the re-election campaigns of Gov. Dave Heineman and Nebraska Attorney General Jon Bruning.

Gov. Dave Heineman and Nebraska Attorney General Jon Bruning have each returned campaign contributions given to them by a Canadian company tha…