What could be the opening exchange of fire in a two-year political battle erupted Thursday across Nebraska's landscape.

In the wake of a fundraising appeal by Attorney General Jon Bruning attacking Sen. Ben Nelson for his support of appropriations earmarks, Nelson promptly pointed to a $500,000 federal earmark that he said Bruning requested and accepted in fiscal 2009.

Bruning's attack was "the equivalent of setting a bear trap and stepping into your own trap," the Democratic senator said.

Bruning, who is seeking the 2012 Republican nomination for Nelson's Senate seat, said he requested federal funding assistance for a Nebraska program to battle methamphetamine use, but will not use any of the funds.

"I was not requesting an earmark," Bruning said. "We have not spent any of that money. We're sending it back. We don't want it."

Nelson scoffed at Bruning's change of mind: "I suppose the attorney general has had all sorts of epiphanies along the way (that) maybe get him to turn politically right."

What really matters, Bruning said, is that "Ben Nelson remains in favor of earmarks and I do not."

Nelson said he responds to requests for federal funding support for vital Nebraska projects, including the 2009 request he received from Nebraska's Republican attorney general.

"I don't listen to what my party caucus tells me to do," Nelson said.

"It is erroneous to argue that earmarks increase spending," he said. "They only change who decides how to spend part of the budget."

The salvo over earmarks could be the beginning of a long Senate scrap. But Nelson has not yet made a final decision to seek re-election in 2012, and Bruning must first navigate a GOP primary contest.

State treasurer-elect Don Stenberg, the Republican Senate nominee in 2000, is poised to enter the race. Pat Flynn of Schuyler already is a GOP candidate.

And former Republican State Chairman David Kramer of Omaha hopes there will be more.

"Jon is the favorite to win the nomination now," Kramer said, "but I think there's a significant component of people in the state who believe there might be a better option.

Earmarks are "a great sound bite," Kramer said. "But in terms of their total impact on the federal budget, it's almost nothing.

"I think Ben believes in his own mind that he can make a much better decision on how money should be spent in Nebraska than some congressional staffer or someone in the federal bureaucracy.

"Ben's going to say: 'I'm fighting for Nebraska.' Is he more vulnerable than he used to be? You bet he is. But is it a slam dunk he's going to lose? Ask Harry Reid."

Reid, the Senate majority leader, was considered a sure loser in Nevada six months ago, but won re-election last month.

Kramer avoided naming any potential GOP candidates who he thought might strengthen the field, but some Republican insiders have had an eye on Rep. Jeff Fortenberry or state Auditor Mike Foley. Neither has indicated interest in entering the race.

Bruning said he'd welcome Kramer along with Stenberg "and other failed candidates for the U.S. Senate." Both Kramer and Stenberg were defeated by Pete Ricketts for the GOP nomination in 2006.

Earmarks are only part of the problem in Washington, Bruning said, and not the only funding issue.

"The federal government needs to be reduced in size and scope," he said. "Even good programs at this juncture need to be reduced or considered for elimination." 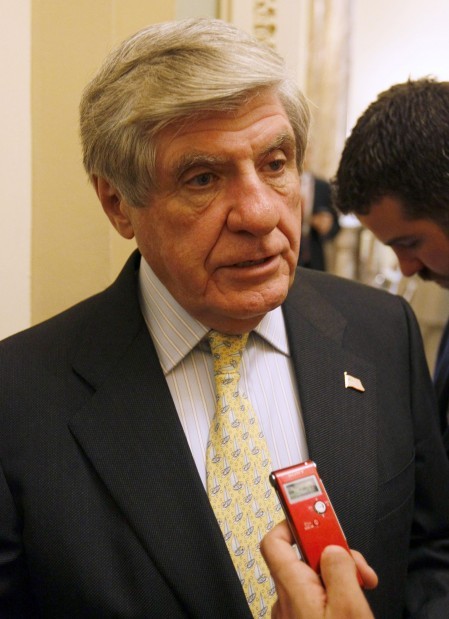 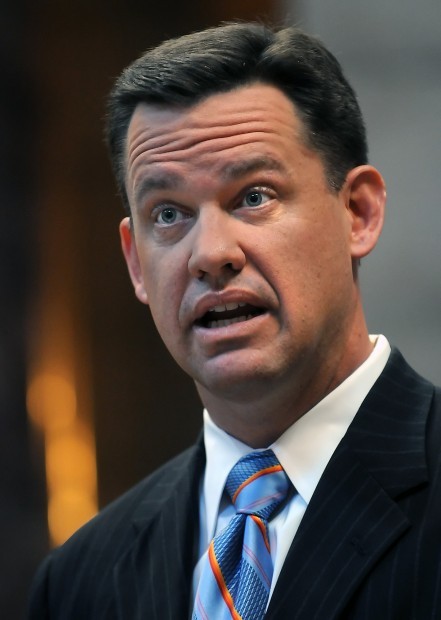