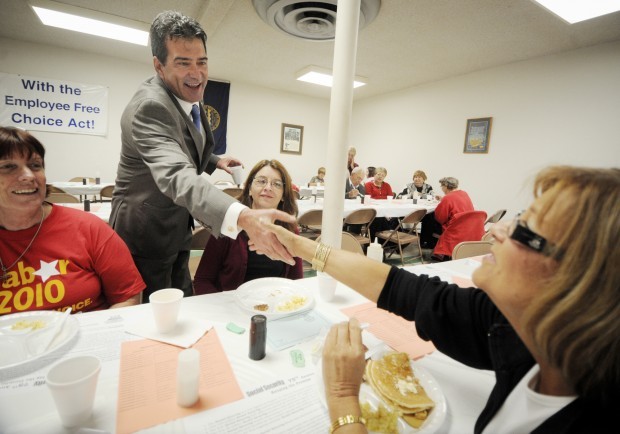 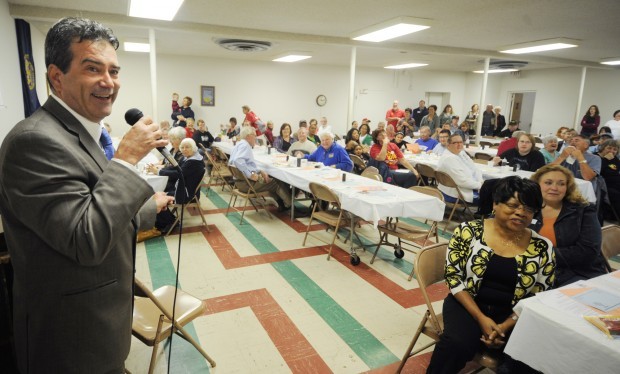 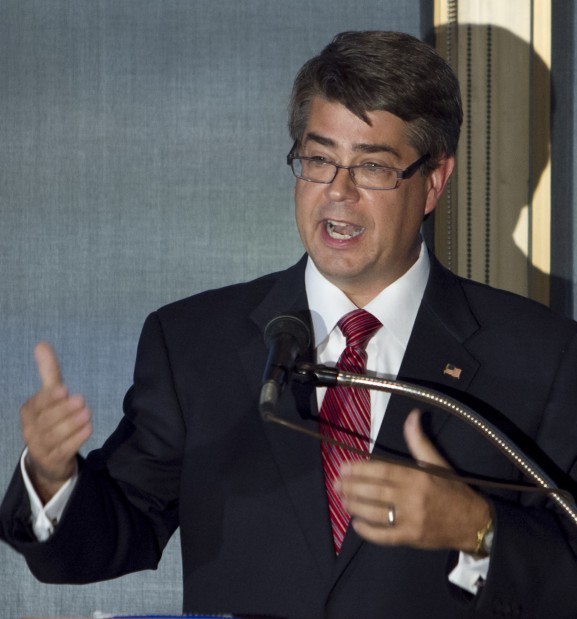 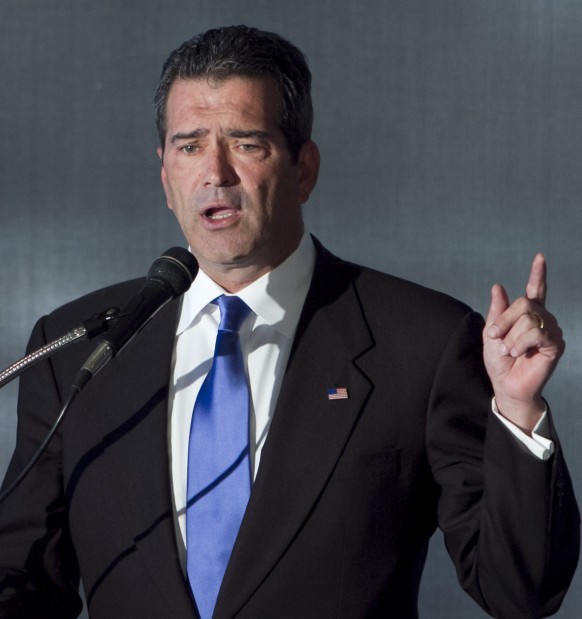 OMAHA -- It's noon and Salem Baptist Church is jumping.

They're standing and singing "How Great is Our God" over and over again, led by seven people with microphones who are increasing the tempo and backed by a children's choir.

Tom White is down front and center as the congregation sways to the music during Sunday's worship service in the big church on Lake Street in north Omaha.

A few hours later, White is sitting in a circle with 20 community leaders at the Omaha Opportunities Industrialization Center quietly discussing how to attack the horrific unemployment, school dropout and violent crime numbers that plague their neighborhoods.

"This African -American community is as bad off as any in the country," one participant in this conversation tells Maryland Rep. Donna Edwards, who has joined White for the day.

Omaha's mandated $3 billion sewer separation project could provide jobs for many of the unemployed, White suggests, but it needs an aggressive congressman who will fight for federal funding assistance to confront the huge cost.

"It's the biggest public works project in Nebraska since the Interstate," he says.

White says he'd take north Omaha's problems to Congress and find ways to help attack them, seeking advice from members of the Congressional Black Caucus and partnering with them when he can.

"Today, there is no way anyone in Congress knows what we are facing in this community," he says.

Earlier in the day, White is walking from table to table, shaking hands at an AFL-CIO pancake breakfast in south Omaha not far from the packing plants and Hispanic neighborhoods.

That area has its own challenges with poverty, school dropouts, unemployment and health care, White says.

"And I have not heard word one from Congressman Terry about how to address those needs."

This is a day in eastern Omaha, where Democrats live and sometimes vote.

White will need them to show up Tuesday if he's going to upset Republican Rep. Lee Terry in their contest for Nebraska's 2nd District House seat.

They turned out in 2008 when Barack Obama was on the ballot. He created a huge wave of new voters and stirred occasional voters and won the congressional district's presidential electoral vote.

White, 53, arrives with a stronger resume. State senator since 2007. Trial lawyer with civil rights credentials and a legislative reputation in Lincoln as a scrapper.

When Terry refers to White as a partisan and sometimes difficult legislator, he's quick to embrace the criticism.

"It's not a popularity contest," White says.

It's about representing the interests of constituents, battling for programs and principles, standing your ground.

"I never backed away from a fight," he says, "and I never will."

When Terry "brags about how he is popular" with House members on both sides of the aisle, White says, "I'm not sure that's a good thing when Washington is broken.

"It's not time to go along and get along."

Voters are angry, White says, and they have a right to be.

"The country has not been recovering as quickly as hoped from the horrible condition in which it was left by George Bush.

"And that," he says, "colors everything."

Bush "wasted $1 trillion in Iraq" where much of the money went to bribery and corruption White says.

Now, the United States seems to be stuck in Afghanistan, he says. And are Somalia and Yemen next?

"How about we rebuild America?"

This is a contest that features major policy differences.

White would have voted for health care reform, the economic stimulus package and financial regulatory reform.

That, he says, means "taking on the pharmaceutical companies," which charge American consumers inflated prices that sometimes are five times higher than consumers in Canada or other nations pay.

And that's another battle against special interests he's willing to wage, White says.

"Lee Terry wanted to privatize Social Security," White tells about 150 people who are still at a pancake breakfast in the basement of state AFL-CIO headquarters.

More than 300 passed through during the morning, including Mayor Jim Suttle.

Many of the diners are families with children. Workers wearing their trade union caps wait in line to get a plateful from the guy in the Brett Favre jersey behind the counter.

"Lee Terry needs to get home," White tells them. "He's been in Washington way too long."

Terry's earlier support for a Bush proposal that would have allowed Social Security recipients to funnel a portion of their payroll taxes into individual investment accounts has been a major White campaign theme during the final days.

"If we'd done that," White says, "the disastrous fall of Wall Street stock prices literally would have thrown (many Social Security recipients) into hunger."

In a TV ad campaign, White says Terry's positions on Social Security and Medicare reform threaten the future of both benefit programs.

Terry's campaign has responded with an ad accusing White of scare tactics, noting that the congressman signed a pledge to oppose privatization of Social Security in August.

White believes he has waged a fight that puts him in position to win.

It's uphill in a congressional district that weds Omaha and Douglas County with portions of Sarpy County, including Bellevue, La Vista and Papillion.

You can win Omaha and lose the district.

A Democrat hasn't been elected since 1992.

Voter turnout will tell the tale.

White needs a big vote in north Omaha and in the rest of eastern Omaha, in a year when Obama is not on the ballot and Democrats may not be as energized as Republicans.

Early vote figures from north Omaha are encouraging, he says.

"I said we'd raise over $1 million and we have. We've done everything in media and mailing we planned to do 18 months ago," White says.

"We're conducting an extraordinary deep persuasion campaign to get out the vote.

"I believe nothing has been left undone."

Now, the question for voters is whether they want a congressman who will aggressively represent their interests, White says.

"You can't get anything done for your constituents if other congressmen don't even know who you are," he says.

"I'm going to knock on the door of every player in Congress (and) talk to them about the desperate conditions facing tens of thousands of constituents here," White says.

"I can't imagine going to a place of power and not making those needs known."

OMAHA -- They've finished the invocation and "God Bless America" and the Pledge of Allegiance.

See candidate bios and Q&As for the election here.