Reporter Alex Berenson left the New York Times nine years ago after covering a variety of topics that ranged from health care to the war in Iraq.

During his reporting years and after he wrote a dozen popular spy novels, Berenson wrote a second nonfiction book, published in January. That's what brought him to Lincoln last month at the invitation of Smart Approaches to Marijuana Nebraska, a group opposed to the legalization of medical and recreational marijuana, and "preventing another big tobacco."

"Tell Your Children ... The Truth About Marijuana, Mental Illness, and Violence," has been controversial as Berenson has promoted it in his travels.

Two weeks ago, he met with reporters before traveling to Omaha to speak at the University of Nebraska Medical Center. He also attended an event hosted by Gov. Pete Ricketts, who opposes the legalization of medical marijuana that could be voted on in the state's 2020 general election.

Berenson said he wrote the book because of discussions with his wife, Jacqueline, a forensic psychiatrist who was the director of forensics at a hospital in Orange County, New York, at the time they met in 2006.

"Over the course of years, she would tell me about patients she had seen who committed these horrible, violent crimes," he said. "Almost all of them were under the influence of cannabis, sometimes other drugs, too. Or who had become severely mentally ill, psychotic, after years of using (cannabis)."

He was initially skeptical, he said. He had covered the drug industry at the New York Times, and what she was telling him was not something he had heard. If he was doubtful, she told him, read the studies.

He now believes cannabis can cause what he calls transient psychosis, and can accelerate the onset of schizophrenia. He doesn't know, he said, if it can cause schizophrenia in people who wouldn't have otherwise gotten it.

He believes there is scientific evidence to back that up, he said.

But he has been roundly criticized for his book and those statements, especially for his theory on the link between the drug and psychosis and violence.

"The book is about a lot of things that we don't like to talk about," he said.

Still, the book has people talking, including reviewers who have their own skepticism about the book's premises.

Rolling Stone magazine: "Is Alex Berenson Trolling Us With His Anti-Weed Book?"

An open letter published in February from the Drug Policy Alliance, made up of doctors, researchers, scientists and professors, called Berenson's claims about a causal link between marijuana use and increases in rates of psychosis and schizophrenia — which have purportedly led to population-level increases in violence — as irresponsible and dangerous.

Berenson said he gets tweeted at all the time: "correlation is not causation." What they mean, he said, is correlation does not prove causation.

Correlation is evidence of causation, he said. But if you wanted to prove cannabis causes psychosis or schizophrenia, Berenson said, you would have to run a randomized control trial.

"That will never, ever, ever happen," he said. "It's illegal and unethical."

It took 40 years for scientists to show that cigarette smoking caused lung cancer, with doctors studying epidemiology, and a decades-long fight with cigarette companies, he said.

"We are in the middle of that with cannabis and psychosis," he said. "We have good epidemiology. There's a plausible biological theory."

There's just not biologic proof or national evidence of an increase in psychotic illness, he said.

He says he isn't arguing one way or the other about CBD, which is sold and used in Nebraska.

"I don't care about CBD. Let it be sold in every drug store," he said.

Berenson didn't anticipate defending his book would become his life this year.

"I think a lot of people have lied about me and my book. I don't like it as a journalist, and so I'm going to defend myself and my book," he said.

His first nonfiction book, "The Number," about corporate America, was reviewed in the New York Times and The Washington Post and other serious places, he said. Those places have chosen to ignore "Tell Your Children."

Berenson said initially he wasn't sure who was paying for him to come to Nebraska to talk about the book. He found out later it was Smart Approaches to Marijuana Nebraska, a state group connected to the national nonprofit organization.

So he sent an email to reporters: "I have always been independent of SAM and pride myself on that independence and I have now decided to forgo any fee for this trip," he said. "I will accept only my airfare and other travel expenses."

Three men were arrested following a traffic stop Saturday in which the Nebraska State Patrol said it seized 244 pounds of marijuana.

A growing need for doctors, nurses and specialists trained and prepared to care for an aging population in Nebraska has helped spur tens of mi…

Recent trial studying effectiveness and safety of medication abortion reversal procedure was stopped after five months because of safety concerns of participants.

District rankings show a tale of two cities in Omaha with extremes in income and education. Lincoln districts are in upper half for growth. 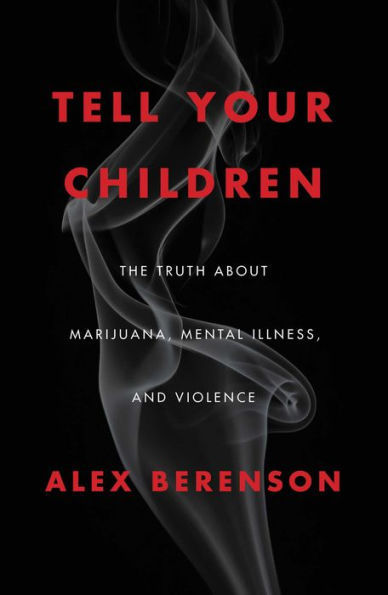 "Tell Your Children ... The Truth About Marijuana, Mental Illness, and Violence," by Alex Berenson has been controversial. 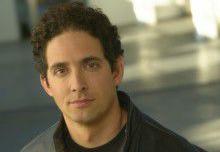