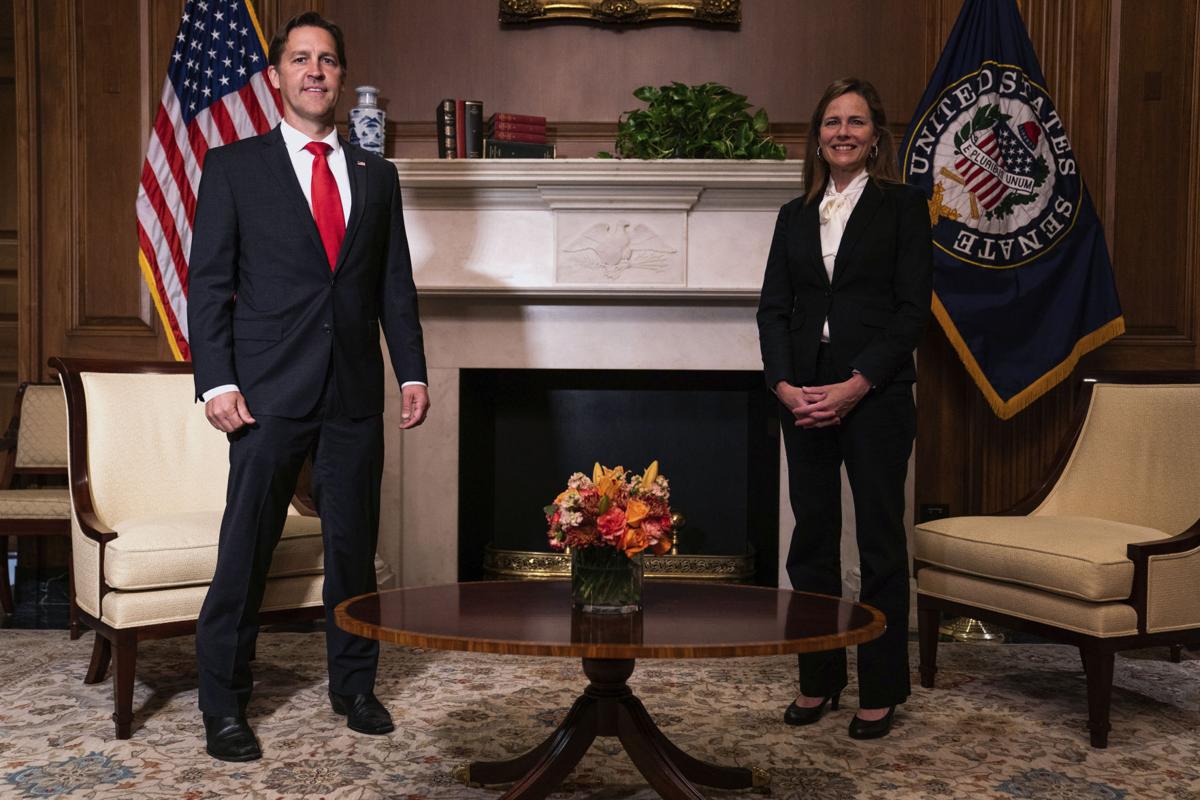 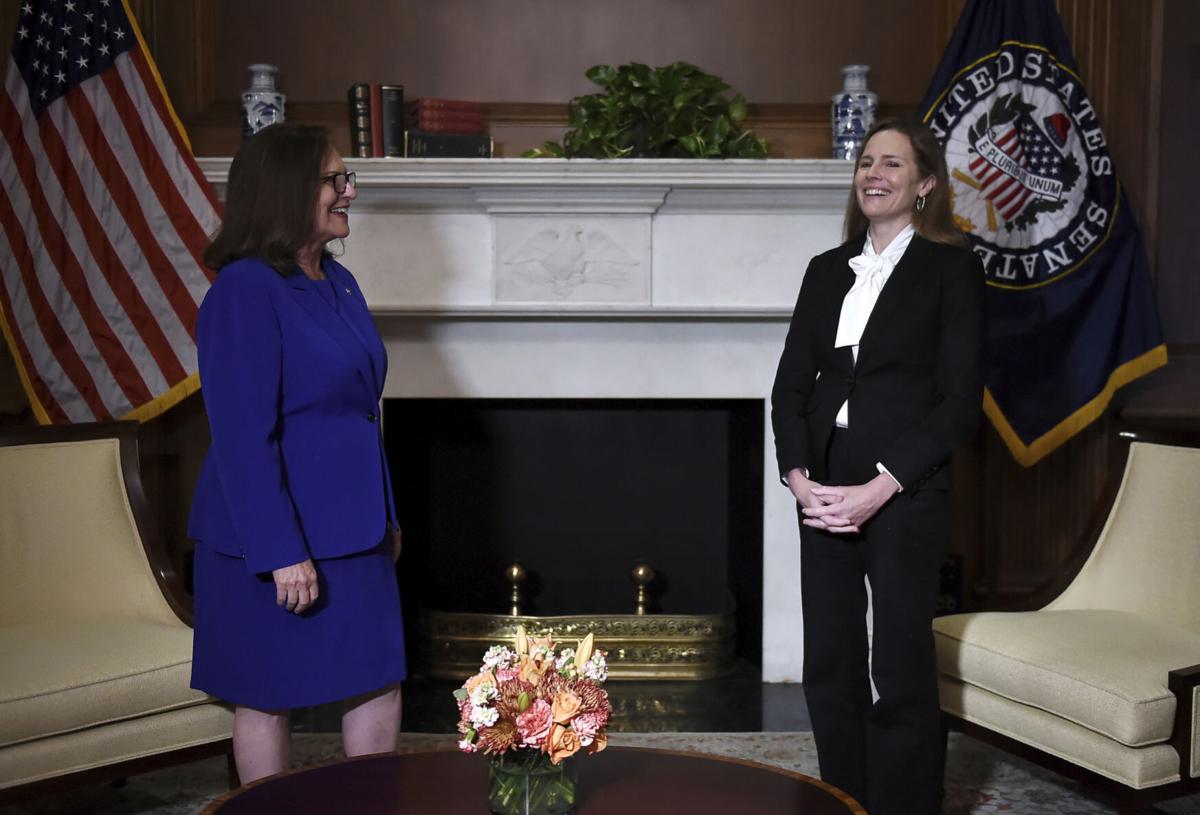 Sens. Ben Sasse and Deb Fischer met separately with U.S. Supreme Court nominee Amy Coney Barrett on Thursday and both said she is an extraordinary nominee to sit on the high court.

Sasse is a member of the Senate Judiciary Committee, which will begin its hearings Oct. 12.

"Judge Barrett is a brilliant jurist and an unsurpassed nominee," Sasse said.

"Political hacks have worked hard to attack her faith in an effort to belittle her accomplishments, but that strategy isn't just despicable — it's dumb."

Later, Fischer described Barrett as "an extraordinary individual and a distinguished jurist."

"At our meeting today, she said her judicial philosophy is to stick to the text of the Constitution," Fischer said. "She follows the law where it leads no matter where it lands.

"It is inspiring to have such a strong and accomplished woman before the Senate," Fischer said.

President Donald Trump nominated Barrett to succeed Justice Ruth Bader Ginsburg, who died Sept. 18, opening a seat on the court near the end of a contentious presidential election year.

Both Sasse and Fischer are expected to vote to confirm the nomination.

Joining hands to fight ALS and the ticking clock

Brian Wallach, a former staffer in the Obama White House, and Republican Rep. Jeff Fortenberry haven't always been on the same side, but they are allies now in a life-and-death struggle.

Pence spoke to 277 people, saying “the road to victory runs straight through Iowa.” Nebraskans “need to go to work, too,” he said.

The Nebraska Republican announced the news via Twitter on Sunday and offered prayers for President Donald Trump, first lady Melania Trump and everyone else affected by the virus.

Participants held signs opposing abortion and some held rosaries. They mostly remained silent and some bowed their heads in prayer.

Afterward, in a news release, Sasse summed up her performance as “Barrett gives originalism master class."