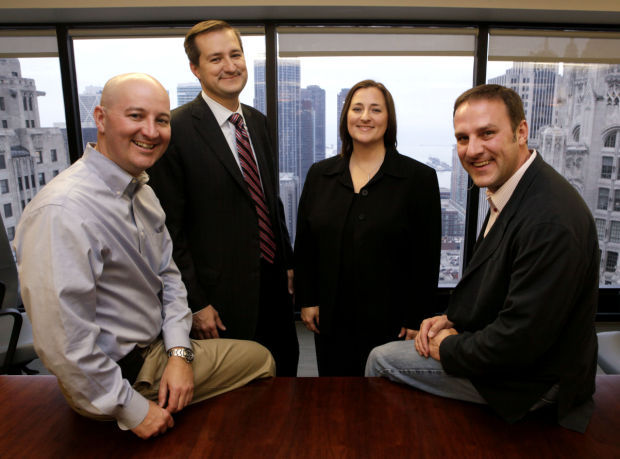 Being in the spotlight is nothing new for the Ricketts family. In 2009, they took over ownership of the Chicago Cubs. From left, Nebraska's governor, Pete, Tom, Laura and Todd. 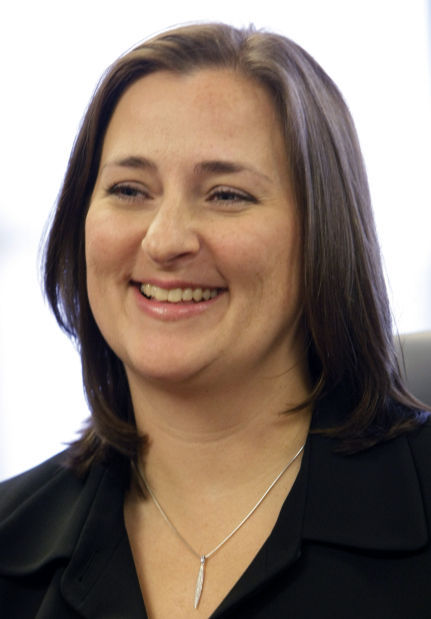 Laura Ricketts is lesbian and an outspoken supporter for LGBT issues.

To gay rights activists, the 10-year Republican governor was an especially hostile adversary.

His successor, Gov. Pete Ricketts, has a more complex history when it comes to gay rights. His sister Laura Ricketts is a lesbian and an outspoken supporter of LGBT issues.

Some might be expecting a sea change in how the state addresses issues of particular interest to gay and lesbian Nebraskans and their allies, but the new governor is leaving them guessing and waiting.

Like Heineman, Ricketts has vowed to defend Nebraska's same-sex marriage ban. But on other issues, he has chosen to remain mum.

The governor declined a request for an interview, but his office offered a statement on the continuing drama of same-sex nuptials playing out in courts in Nebraska and the nation’s capital.

"I recognize this is a difficult issue for many families, including my own," Ricketts said in a statement to the Journal Star. "As governor, I will uphold the Nebraska Constitution."

Ricketts and his sister spoke publicly about their clashing political views in an interview last spring with Showtime's “60 Minutes Sports.”

“We all have different perspectives on the world,” Laura Ricketts said in that interview. “I’m a woman. I live in Chicago. I’m gay.

“We’ve had some very candid conversations, and quite honestly, for me at times, painful,” she said.

The governor, then still vying for his party’s nomination, responded by saying, “We disagree on the issues, but we’re still family and we love each other."

Ricketts spoke little about lesbian, gay, bisexual and transgender issues throughout his campaign and has remained publicly quiet on the topic since taking office in January.

In his State of the State address Jan. 22, Ricketts made no mention of the words "gay," "lesbian," “equality” or "marriage," nor did he make any explicit reference to workplace protections or adoption by same-sex couples.

Instead, he focused on pro-business Republican mainstays like property tax reform, the Keystone XL pipeline and overhauling the state's social services programs.

The governor's spokesman, Taylor Gage, said Ricketts won't be telegraphing how he'll act on any of the proposals closely watched by gay rights advocates that are now before the Legislature, opting to let the legislative process first play out.

For his part, Heineman expects the Ricketts administration to continue with the policy of defending the state’s same-sex marriage ban.

"That's what Nebraskans believe," Heineman told the Journal Star after Ricketts' election victory in November. He added that he expected the state's new attorney general would fight vigorously to uphold the constitutional amendment banning gay marriage that the voters approved 2000.

A proposal working its way through the Legislature would extend workplace discrimination protections to LGBT employees.

Indeed, a similar bill did not advance beyond the Judiciary Committee last year -- unlike the current proposal (LB586).

“I think we’re close to being at the point where this could become law,” said Morfeld, who asserted that some Nebraskans don’t realize that workers may have little recourse if they are fired because of their sexual orientation.

Two other legislative proposals center on expanding family rights for same-sex couples, including one that would allow two adults to adopt a child, regardless of the couple's marital status. The other bill would prohibit the foster care system from discriminating against potential parents based on sexual orientation or gender identity.

While the national attention on same-sex marriage is deserved, said Drew Heckman, the field organizer in Nebraska for the Human Rights Campaign, there is a lot of other work to do -- including securing protections and rights such as the ones already being considered by Nebraska's legislature.

Even if gay marriage becomes the law of the land in Nebraska and elsewhere, “I’m worried that people will think the fight is over,” he said.

J.L. Spray, the state's Republican Party chairman, said if Nebraska is going to undo hundreds of years of the intertwining of church and state, there needs to be lots of thought and consideration.

Discourse over the issue needs to remain civil, he said. "Let's be nice about it," Spray said but didn’t elaborate.

"It's going to happen," Powers said.

If the proposals advance, it remains to be seen how Ricketts will respond.

This magnetic helmet may be the newest weapon against brain cancer

This magnetic helmet may be the newest weapon against brain cancer

It was a moment to savor when Massachusetts began issuing marriage licenses to same-sex couples. But Abbi Swatsworth and her partner of 18 yea…

Judge gets final briefs on injunction in same-sex marriage case

Being in the spotlight is nothing new for the Ricketts family. In 2009, they took over ownership of the Chicago Cubs. From left, Nebraska's governor, Pete, Tom, Laura and Todd.

Laura Ricketts is lesbian and an outspoken supporter for LGBT issues.