Former Republican Sen. Chuck Hagel says he believes the case has been made for the House to "get very serious" about considering drafting articles of impeachment against President Donald Trump now.

"There's enough here to really move beyond the hearings into discussion (about) specific charges," Hagel said during a telephone interview from New York City.

"I've seen and heard enough evidence (to) clearly believe it was the right thing to start this inquiry," he said. "The House has no choice but to move forward.

"The best advice (for members of Congress) is that you've got only one responsibility now and that is to the Constitution.

"Your North Star is the Constitution."

Hagel said he's not prepared to say that he would vote to convict the president of impeachment charges and remove him from office if he was a member of the Senate today.

"I would want to sit there and listen to the evidence," he said.

Hagel has done that before.

After the House impeached Democratic President Bill Clinton in 1998 on charges of perjury and obstruction of justice related to acts of sexual misconduct, the Senate acquitted him in early 1999.

In a written statement responding to a Journal Star inquiry, Bereuter said: "All members of the House Intelligence Committee, in their role in the impeachment inquiry, should set aside partisan considerations, examine the evidence and discharge their constitutional duty with integrity."

At Omaha event, Pelosi says impeachment inquiry is about the Constitution

Bereuter also participated in the Clinton proceedings, voting to impeach the president and send the issue to the Senate for its decision.

What Hagel learned from that process, and from earlier association with the potential impeachment of President Richard Nixon in 1974 when he was chief of staff for former Nebraska Rep. John McCollister, was that there probably are "some surprises ahead," he said.

"Things will get worse," he added.

"People will start pulling the threads and things will come undone. It's already happening now. The longer this plays out, the worse it gets for the president."

Hagel has been watching the impeachment hearings on television, sometimes at home in Virginia or when he's on the road, and he's "reading everything" about them.

As former secretary of defense, Hagel said, he personally knows some of the career professionals from the Defense Department and State Department who have testified during the hearings.

"I have worked with them," he said. "I know their professionalism and their honesty."

Hagel is the only Nebraska senator to have voted for impeachment of a president since John Thayer and Thomas Tipton, both Republicans, voted to impeach Andrew Johnson in 1868, just one year after Nebraska became a state.

But it was a close call for Johnson; the 35-19 vote to convict and remove him from office fell just one vote short of the necessary two-thirds majority.

In 1999, Democratic Sen. Bob Kerrey voted to acquit Clinton as two motions to convict and remove the president from office failed on 50-50 and 45-55 votes.

Facing certain House impeachment and conviction in the Senate, Nixon resigned in 1974.

Former Nebraska Republican Gov. Charles Thone, a member of the House at the time, was prepared to support the Judiciary Committee's approaching recommendation to impeach Nixon, but planned to visit with Vice President Gerald Ford before casting his vote, Thone said years later.

Republican Sen. Carl Curtis planned to stick with Nixon to the end and cast his vote to acquit Nixon even if he stood alone.

"If I didn't defend him, he would have gone undefended," Curtis later said.

Sen. Ben Sasse, an occasional critic of the president and a candidate for reelection next year, has been viewed sometimes nationally as a potential stray vote.

But statements from Sasse's office during the week made that appear unlikely.

Sasse, in a news release critical of House Speaker Nancy Pelosi's decision to continue to delay a House vote on approval of the new trade agreement among the United States, Mexico and Canada, said House Democrats are "wasting time on circuses instead of doing real work for the American people."

Earlier, in response to a request for Sasse's view of the impeachment proceedings, spokesman James Wegmann emailed: "As Senator Sasse has said for months, Adam Schiff is running a clown show in the House and everyone should stop playing the short-term game for cable TV and act like adults."

Photos: Chuck Hagel through the years

Hagel and his daughter

Hagel says US military must shrink to face new era

As he exits, Hagel recalls his Army roots and Vietnam combat

Portrait of the man as a young secretary

It's not easy for urban and rural senators to reach consensus on broad tax reform.

Gov. Pete Ricketts said Wednesday that he and leaders of the Legislature's Revenue Committee have not yet settled on a plan for additional pro…

Ricketts warns of ‘creep of socialism’ in Nebraska; Democrats fire back

Gov. Pete Ricketts' Republican fundraising warning about "the creep of socialism in Nebraska" sparks another reminder of how Nebraska has chos…

Rep. Don Bacon candidly acknowledged his coming vote against impeachment of President Donald Trump is going to be politically risky.

Pro-impeachment rally in Lincoln draws crowd on the eve of U.S. House vote

On the eve of the U.S. House of Representatives' vote on whether to impeach President Donald Trump, hundreds of people lined the street outsid…

John Kerry to speak at UNO

Former Secretary of State and Sen. John Kerry will headline the second Chuck Hagel Forum in Global Leadership at the University of Nebraska at Omaha. 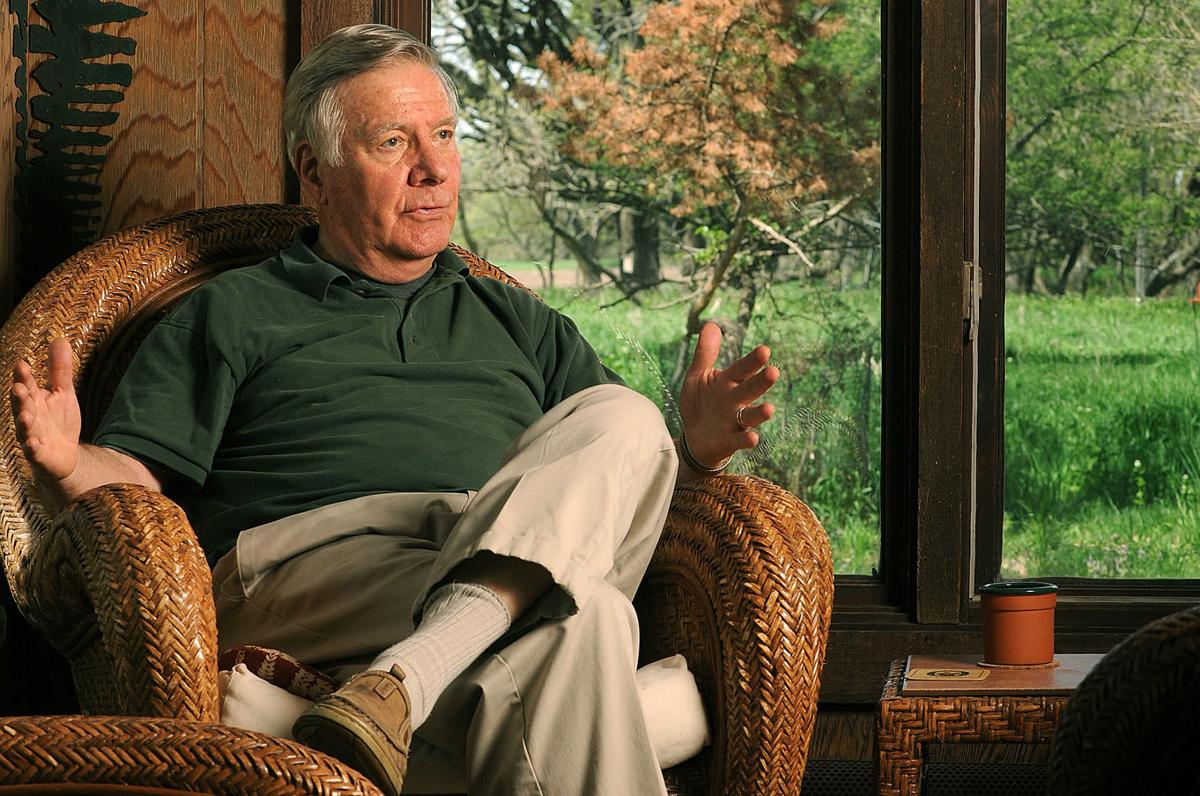 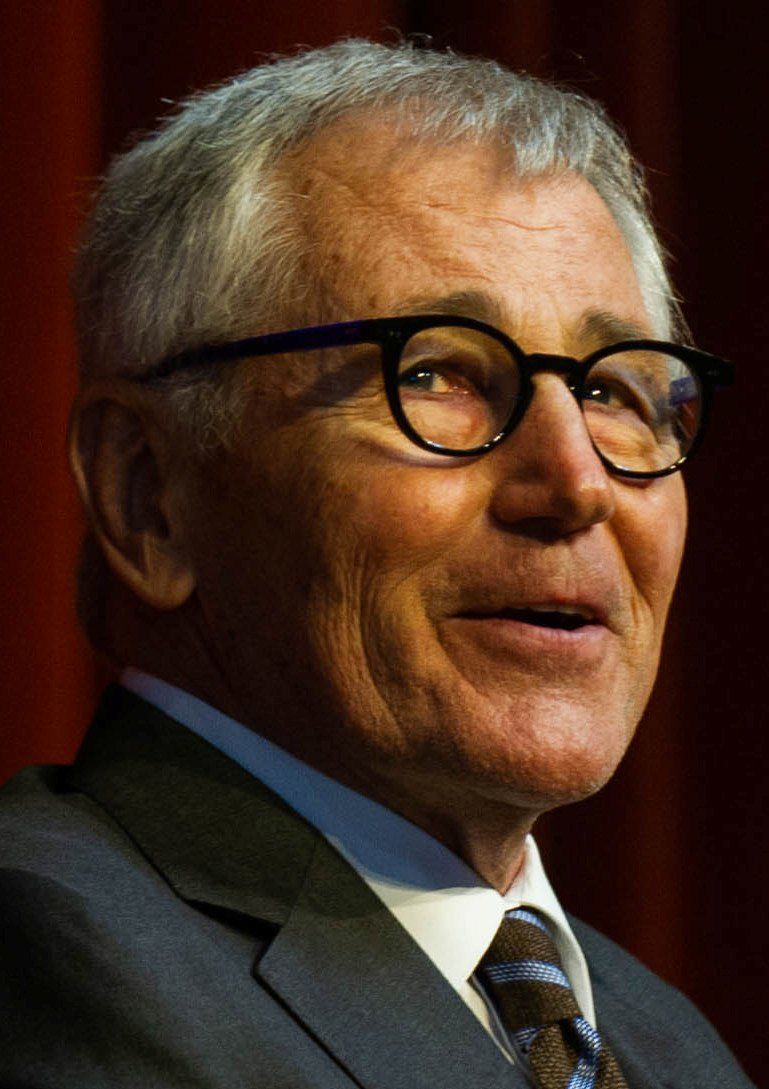