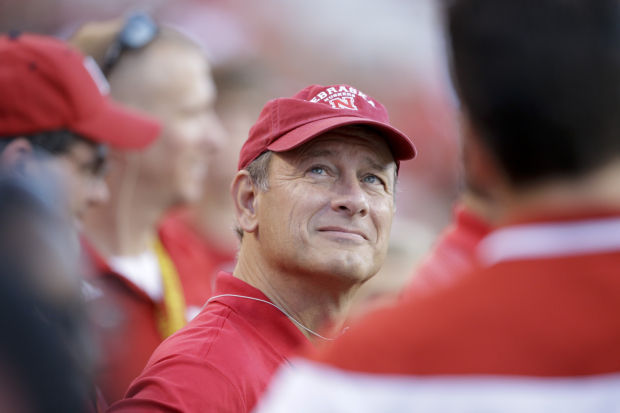 U.S. Chief Justice John Roberts visits the sidelines before the Huskers take on the Miami Hurricanes at Memorial Stadium on Saturday. 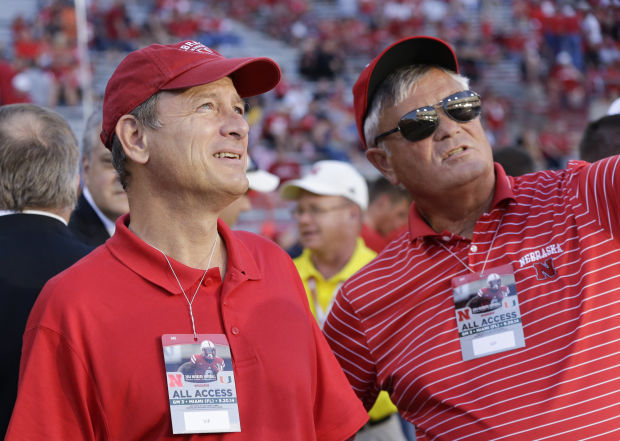 Roberts showed up at that amazing Husker-Miami slugfest on Saturday night — and so did A-Rod.

The chief justice, a historic figure by virtue of his title and perhaps the second most powerful or influential figure in Washington, along with the erstwhile Yankee third baseman, a baseball celebrity for good reasons and bad.

An absolutely electric atmosphere at the stadium; a war on the field.

No matter the rankings, a huge victory that points the path to East Lansing and Madison.

And, in the opinion of one north-end-zone fan, a recognition or validation of this team's strength and identity: Run the ball, control the clock, command field position.

And pass when it's effective, not to balance the number of offensive plays.

And who better to lead the way in making that absolutely crystal-clear to Miami and those who follow: Ameer, an incredible force and leader.

That raucous night at the stadium could be the beginning of something big.

OK, now what they pay me for: Let's wrap up some observations from Roberts during a rare public dialogue at the University of Nebraska College of Law.

Leftover answers to the vetted questions, many posed in writing in advance by high school students:

* During oral arguments, the justices "ask too many questions, to the point where I have to referee" and make sure attorneys have the opportunity to make their case.

* The justices almost never talk about cases before oral arguments. And it is during questioning that they begin to learn what their colleagues are thinking.

* "We try very hard to come to agreement. Sometimes it's impossible, and it should be."

* His least favorite part of the job of chief justice is the administrative responsibilities.

* During their conferences, the justices "disagree over serious things at a serious level" while trying to reach a decision.

* As a lawyer who once argued before the Supreme Court, he can attest that it's "an absolutely terrifying experience."

Lee Terry and Brad Ashford will hold their first of two scheduled debates in Omaha on Thursday.

You can watch it telecast live from UNO on NET from 8 to 9 p.m., and it also will be aired simultaneously on C-Span.

This one probably is worth watching.

It's a competitive House race in a marginal congressional district with Terry occupying his usual perch on the endangered list and attracting particular national attention as a rare Republican House incumbent who could be replaced by a Democrat.

Terry is accustomed to walking the high wire; he's the experienced political survivor who has been here before.

Ashford is a thoughtful state senator whose mind is always racing, a guy whose speech tends to emerge without being politically filtered.

Traps will be laid.

Not that Terry hasn't said some things he wishes he hadn't that are plaguing him politically now. His impulsive nature also makes this debate intriguing.

The 2nd District House race is viewed as the best breakthrough opportunity for Nebraska Democrats who hunger for a win and a voice in Congress. Lots at stake here.

Terry and Ashford will hold their second and final scheduled debate at the Omaha Press Club on Oct. 16 during a noon-hour event.

* Gradually, incrementally, it's getting a little rougher in the gubernatorial race. If the contest continues to be as competitive as it appears to be, with identified negatives to be exploited and a cadre of voters still undecided, it will get tougher.

* Common Cause Nebraska is launching a new awards event honoring people who "make our democracy remain 'by the people' and 'for the people'" in spite of money's dominance in politics. Among the first honorees: Jane Kleeb, Adam Morfeld, Danielle Conrad, Jeremy Nordquist.

* Wow, just look at the out-of-town and out-of-state money attracted to Lincoln for concerts at the arena as documented in L. Kent Wolgamott's Sunday story.

* Midnight and red pajamas at the stadium Saturday; it's an 8 p.m. kick.

U.S. Chief Justice John Roberts visits the sidelines before the Huskers take on the Miami Hurricanes at Memorial Stadium on Saturday.