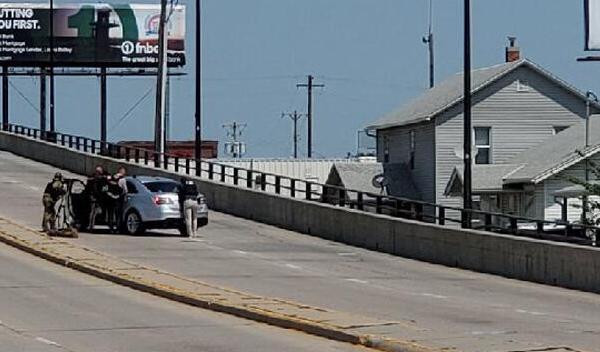 Officers closed the Second Avenue overpass for several hours while in a standoff with a Kearney man wanted in connection to a Monday morning shooting. 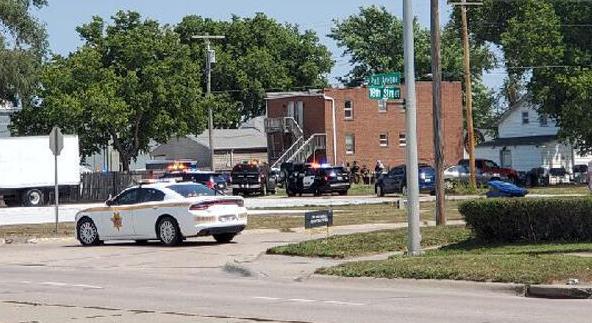 Police from several agencies were involved in Monday's standoff. 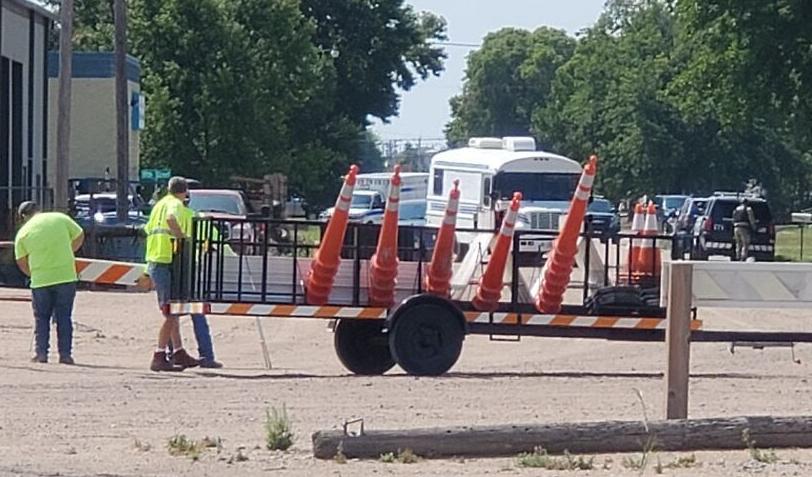 Street crews put out barricades in the area of 18th Street and First Avenue as police negotiated with a suspect in the area.

KEARNEY — A Kearney man wanted in connection with an early Monday morning shooting of two women near Elm Creek died of an apparent self-inflicted gunshot wound after a five-hour standoff with police.

Earlier in the day, the Buffalo County Sheriff’s Office had named Smith as a person of interest in a 2:40 a.m. shooting of the two women, which occurred west of Elm Creek at a rural house.

The women were transported to CHI Good Samaritan and later to the University of Nebraska Medical Center in Omaha. Their condition was not released.

Elm Creek is a community of about 1,100 people 15 miles west of Kearney.

At about 11 a.m., the sheriff’s office received information that Smith was inside the apartment. An adult female confirmed Smith was alone inside, according to a sheriff's department news release.

Members of the Kearney/Buffalo County Emergency Services Unit and Nebraska State Patrol SWAT responded to the scene, where negotiators established communication with Smith by cellphone.

Traffic on the Second Avenue overpass, which runs directly in front of the apartment, was halted in both directions. Houses in the area also were evacuated or residents were notified to shelter in place.

All Kearney Public Schools facilities in the vicinity — Bryant, Central, Bright Futures and the administration offices — were placed in secure status throughout the day.

Negotiators communicated with Smith for several hours in an effort to reach a safe resolution, the news release stated. With the use of two armored vehicles and a police tactical robot, officers began delivering tear gas inside the apartment.

A short time later, a police officer heard what was believed to be a gunshot from inside the residence, according to the news release. With the use of a tactical robot, police entered the apartment and Smith was found dead.

No officers fired a weapon during the incident and no officers were injured, officials said.

The Grand Island Police Department and the South-Central Law Enforcement Services will conduct an investigation.

Smith, who had a lengthy list of prior convictions, served at least four prison terms beginning in 2009. He was released from the Nebraska Department of Corrections on July 9 after serving nine years in prison for theft, second-degree assault and possession of methamphetamine, all felonies. The convictions were from Buffalo County.

Officers closed the Second Avenue overpass for several hours while in a standoff with a Kearney man wanted in connection to a Monday morning shooting.

Police from several agencies were involved in Monday's standoff.

Street crews put out barricades in the area of 18th Street and First Avenue as police negotiated with a suspect in the area.