At 1:53 p.m., authorities responded to a call about a shooting at Joe and Jean Stothert's house in the St. Andrew's Pointe neighborhood south of 120th and Q streets. Omaha police said in a news release that when they arrived, officers found a deceased male.

"It is with great sadness today that we share the tragic loss of Joe Stothert with family, friends and our loving community. Joe’s dedication and affection for everyone he cared for serve as a bright light of human kindness for all of us to follow.

"Our family asks for your prayers at this very difficult time. We will need them. We also ask for privacy so our family may grieve and remember an extraordinary and caring husband, father and grandfather."

The entrance to the St. Andrew's Pointe neighborhood was blocked Friday afternoon by an Omaha police cruiser.

Joe Stothert, 72, was a board-certified critical care physician with Nebraska Medicine. He and Jean Stothert were married for 40 years, according to the mayor’s website. They have two children and three grandchildren.

Over the years, Joe Stothert was involved in many high-profile trauma cases.

After Lincoln Police Investigator Mario Herrera was shot last year in the line of duty, he first was treated at Bryan West Campus in Lincoln and then at the Nebraska Medical Center, where he died. At a memorial service, the officer’s older brother, Pancho Herrera, thanked staff at both hospitals, mentioning Joe Stothert by name. "This hill, I know, it was just too much for him to climb. But thank you. I know you did everything you could," he said.

Joe Stothert was one of the surgeons who treated Fred Wilson, who survived after losing three-quarters of his blood in a 2007 mass shooting at Omaha’s Von Maur department store.

Stothert served for 18 years as the medical director for the Omaha Fire Department's paramedic training program, first in a paid position and for the last four years of that time as a volunteer.

When the state launched a system to provide better trauma care in 2002, Stothert was named state medical director for trauma.

Jean Stothert, a Republican, is running for a third term as Omaha's mayor. She grew up in the St. Louis area, her website says, and worked as a critical care nurse and later as head nurse and department head of cardiovascular surgery at St. Louis University, where she met Joe Stothert. In 1993, the Stothert family moved to Omaha from Galveston, Texas, when Joe Stothert accepted a position at Creighton University.

In a statement on behalf of the Omaha City Council, Council President Chris Jerram said, "Council members learned today about the tragic death of Mayor Jean Stothert's husband, Joe. Council members extend their deepest sympathies, condolences and prayers to the mayor, her daughter Elizabeth, her son Andrew and their families for their profound loss. We on the City Council knew Dr. Stothert as a talented physician and trauma surgeon and a leader in the Omaha medical community."

Jerram said Joe Stothert also was known as a supportive and caring person who frequently attended events with the mayor.

"His love for her and pride in her accomplishments was clearly evident. We will all miss him," Jerram said.

The leadership and members of the Omaha Professional Fire Fighters sent a statement Friday extending their "most sincere condolences to Mayor Stothert and the entire Stothert family."

"Joe Stothert has a long history of service to our community and has played a tremendous role in providing emergency services in Omaha. As a trauma surgeon and longtime medical director for the Omaha Fire Department, Dr. Stothert developed the protocols and supervised many OFD paramedics that still serve our community today. His leadership has been a true asset to the men and women we represent and the community as a whole. His death will be a tremendous loss to the entire medical community ..."

The statement was signed by President Steve LeClair and Treasurer Trevor Towey.

The Omaha Police Officers Association posted a statement on Twitter, saying, "our deepest sympathies and condolences to Mayor Stothert and her family. Dr. Joe Stothert was a widely respected and dedicated public servant whose work had a profound impact on the (law enforcement) community. The Mayor and her family will be in our prayers."

RJ Neary, one of Jean Stothert’s challengers in her reelection bid this spring, said in a statement on Twitter: “I am deeply saddened to hear of the loss of Dr. Joseph Stothert. Liz and I are keeping the Stothert family in our thoughts and prayers at this difficult time."

Nebraska Gov. Pete Ricketts said, "Susanne and I are shocked and saddened by Joe’s tragic passing. From his service on the State Trauma Board to his work with the University of Nebraska Medical Center, he devoted his life to serving others in the field of health care. We are praying for Joe, Jean, Elizabeth, Andrew, and the entire Stothert family during this difficult time.”

Investigators are assisting Pinnacle Bank to determine how much money, if any, was stolen from the ATM, Officer Luke Bonkiewicz said.

Several of Creighton's Black students said they were hurt by the comments made by coach Greg McDermott, who used an analogy to compare his program to a plantation during a locker-room speech.

During her first public appearance since Dr. Joseph Stothert was found dead March 5 at the couple's southwest Omaha home, the mayor said it has been a heartbreaking time for her family. 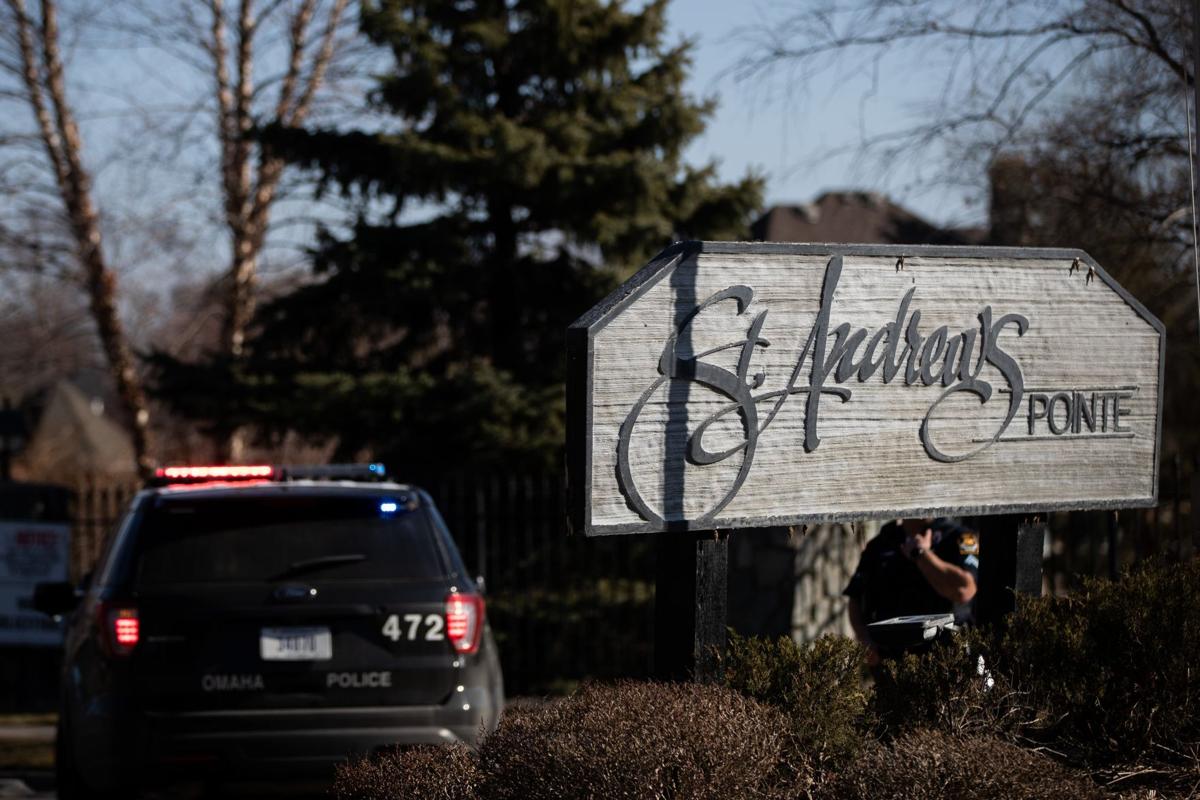 Omaha Police block the entry to Mayor Jean Stothert's gated community after a man, later identified as her husband Joe, was found dead at her home Friday afternoon. 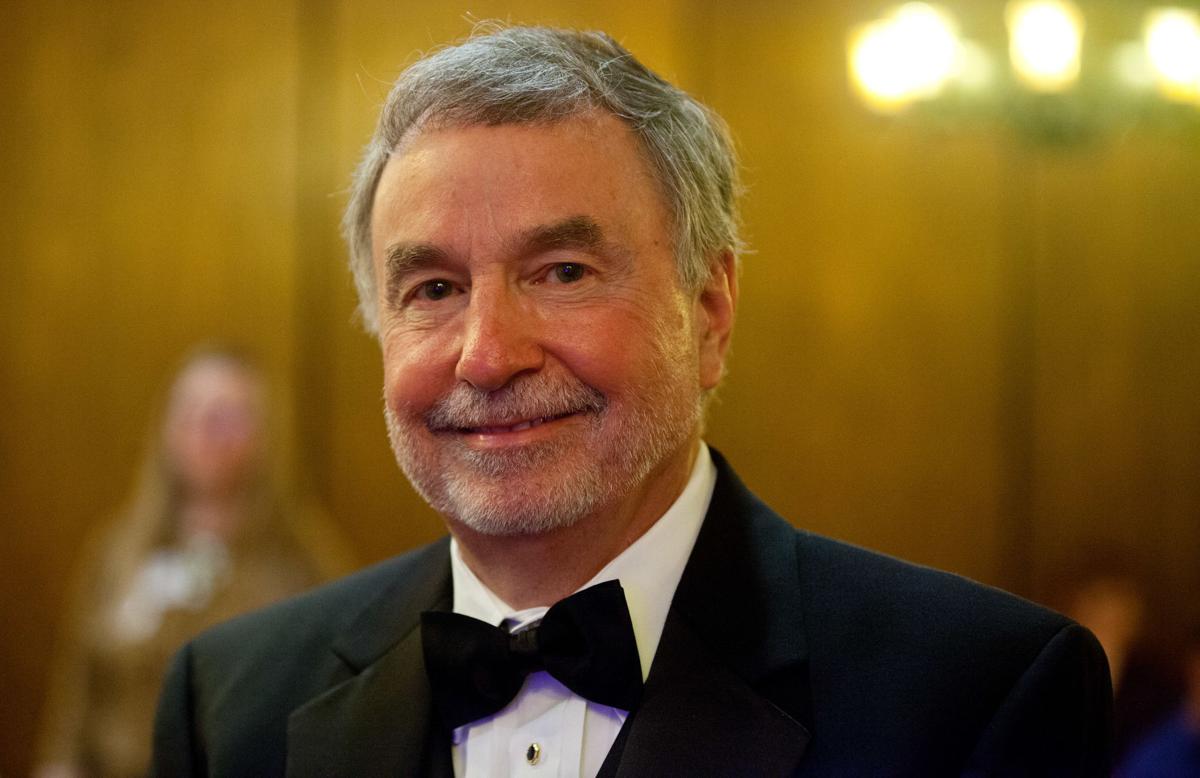 Dr. Joe Stothert, as photographed on Tuesday, May 14, 2013, in the basement of the German American Society in Omaha.