Shooters fired 33 rounds outside a house near 19th and Spencer Streets before 7:15 p.m., police said. At least one of the bullets struck Desmond Harrison in the head, killing him.

Harrison was the third teen in five days to die from gunfire amid a spike in shootings and 911 calls. The Omaha Police Department has increased resources, asked for aid from other law enforcement agencies and held meetings to discuss strategies for stemming the violence.

“That’s a very acute problem we have right now. It’s given our utmost attention,” Schmaderer said at a meeting of the community group Omaha 360. “In order to stop some of those (violent acts), some arrests need to be made.”

Police said the investigation is too fresh to speculate on what prompted Tuesday night’s shooting.

But Desmond was at Westroads Mall on April 17 with 16-year-old Makhi Woolridge-Jones, who is accused of fatally shooting 21-year-old Trequez Swift and injuring a woman.

Authorities have said that shooting was gang-related.

Desmond and Woolridge-Jones are two of three youths shown in an image taken from mall security video that was released by Omaha police as they sought the public’s help in identifying the group. The other teen was 18-year-old Brandon Woolridge-Jones, the brother of Makhi Woolridge-Jones.

Omaha Police Detective Matei Jackson testified at a hearing in May that Swift and another man approached the trio, who were in line at a pretzel stand. An argument ensued, and Makhi Woolridge-Jones fired four times inside the mall, Jackson said.

Jackson testified that Desmond ran after hearing the first two shots and left the mall. He was not charged in connection with that shooting.

Later, when officers were conducting surveillance on the Woolridge-Jones home, they saw Brandon leave a backpack in bushes near the back fence, Jackson said. Inside the backpack, Jackson testified, was a gun that belonged to Desmond. But Jackson said that gun wasn’t used in the Westroads shooting.

Desmond’s mother said Wednesday that she wasn’t yet ready to talk about her son, who just finished his eighth-grade year at Nathan Hale Middle School.

The string of recent shootings began Thursday night, when two 17-year-olds were struck by gunshots and later died. Jia’Quan Williams and Ja’Vondre’ McIntosh were found by officers near 29th Circle and Pinkney Street just after 8 p.m. Thursday.

The next day, officers obtained warrants for the arrests of 17-year-old Lerajai Key and 16-year-old Terrance Moore. The two still are being sought.

Officers in the city’s northeast precinct, which covers the area north of Dodge Street and east of 42nd Street, have been busy since then. Police responded to at least three shootings Saturday, said Capt. Keith Williamson, who leads that precinct. Three people in those shootings suffered gunshot wounds that weren’t considered life-threatening.

The shooting of Desmond was the second one police investigated Tuesday evening. In the first, a person in a car near 31st Street and Grand Avenue was hit by gunfire and taken to the Nebraska Medical Center in critical condition.

Williamson said numerous other reports of gunshots have come in from both the ShotSpotter gunshot detection system and 911 callers. Those reports, he said, are integral to investigate and prevent additional shootings.

Williamson said he has seen a spike in shootings in which multiple gunshots were fired.

“I’ve noticed a lot of these 20- to 30-round calls, more so than I have in the previous summers,” said Williamson, who has been with the department for about 21 years.

Williamson said officers who responded to the latest homicides provided medical aid to all three victims. The experience, he said, is traumatic for officers as well as the victims’ families.

“It’s important to remember that these are actually people, the families are victims of this, they’re traumatized by the violence,” he said. “(Officers) are human — they don’t like to see somebody else suffer.”

Schmaderer, Williamson and Matuza spoke at the weekly gathering of Omaha 360, meetings that have been held virtually for the past several months because of the pandemic. More than 100 people participated in the nearly 90-minute call, which also included at least three deputy Omaha police chiefs and several other officers.

Many officers reiterated that police need people who have information to come forward, either directly to the department or anonymously through Crime Stoppers.

Anyone with information can call Omaha Crime Stoppers anonymously at 402-444-STOP, through the P3 Tips mobile app or online at omahacrimestopers.org. Texts and photos can be shared through the app. Tips leading to an arrest in Desmond’s killing are eligible for up to $25,000. Tips leading to arrests in the killings of the two other teens are eligible for up to $5,000.

Schmaderer said that before Wednesday’s 360 meeting, he met with “select community members” to discuss strategies. He said he plans to hold a “large-scale meeting” Thursday with other law enforcement partners, including the Nebraska State Patrol, the Douglas County Sheriff’s Office and federal agencies.

The chief said many people are working to stop the violence and prepare for the rescheduled Cinco de Mayo parade, which will be held Saturday morning.

The crash between a pickup truck and a car occurred about 6 p.m. at the intersection of U.S. 77 and Nebraska 109, the Nebraska State Patrol said.

Siblings who died in Wahoo crash remembered as sweet, loving

Before the crash, Monica Chohon had gone to pick up James, who had been helping at a family member’s farm, and younger brother Andrew had asked to come along, their parents said.

The girl was riding a flotation toy without a life jacket when it drifted out of the beach area and flipped over.

Michelle Bluford is alleged to have initiated and nurtured a relationship with a former student over a period of three years, eventually leading to inappropriate sexual contact.

The incident began when a vehicle crashed into multiple mailboxes, went through a fence and into the backyard of a home, police said.

The 23-year-old Fremont woman had been cited three times previously in regard to children not being supervised. The investigation found that others told Madison Craig that window blind cords were a “death sentence.”

More than 200 Nebraskans died of drug overdoses in 2020, according to a new federal report.

Julian V. Lopez, 23, was charged with second-degree murder and firearm use in connection with the July 16 death of his dad, 40-year-old Jose Luis Valenzuela. 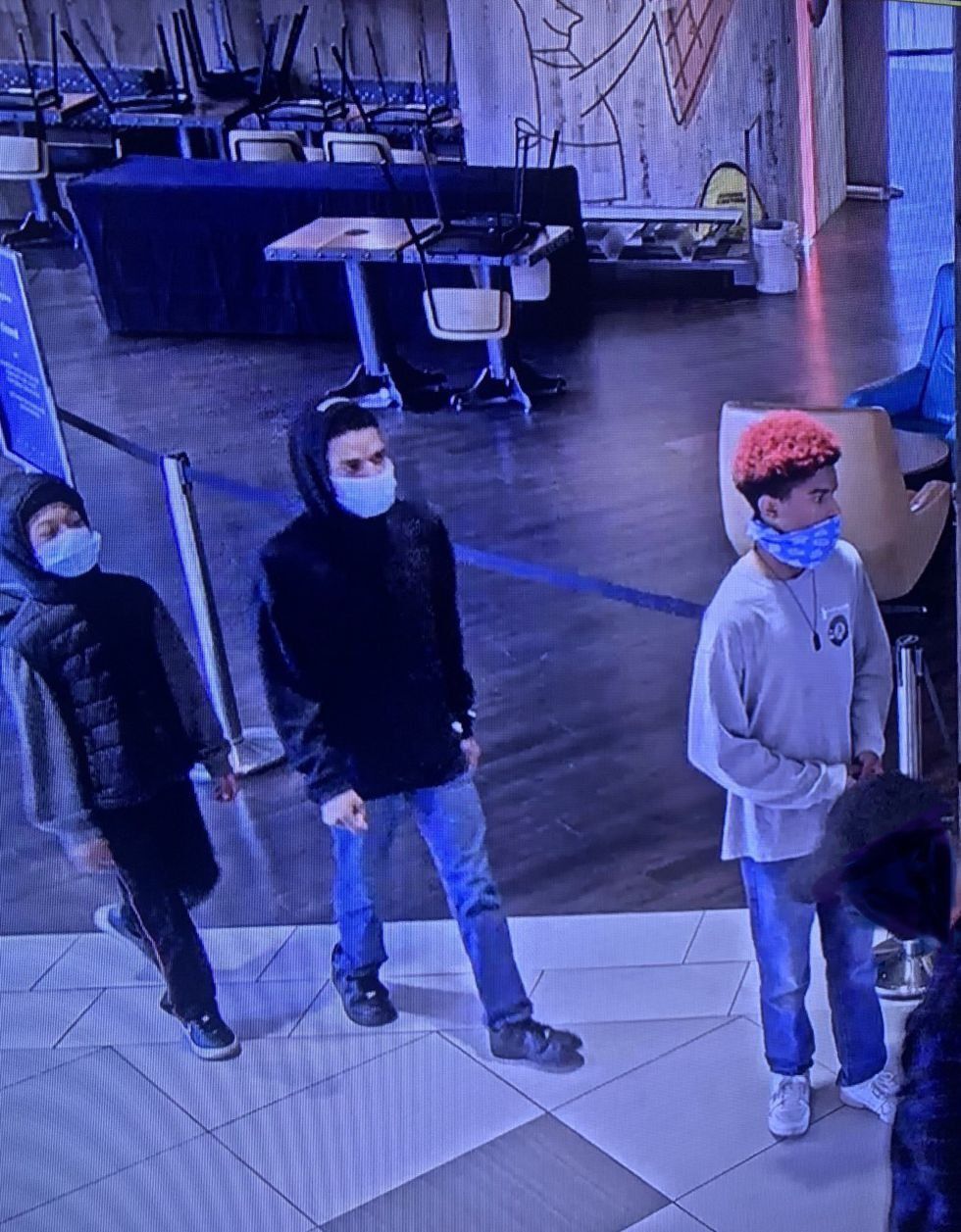 Authorities released this image taken from security footage just before a shooting at Westroads Mall on April 17. Police said the middle boy is Makhi Woolridge-Jones, who has been charged with killing a 21-year-old man. On the right is his brother, 18-year-old Brandon Woolridge-Jones. On the left is Desmond Harrison, a 14-year-old who was shot to death Tuesday night. 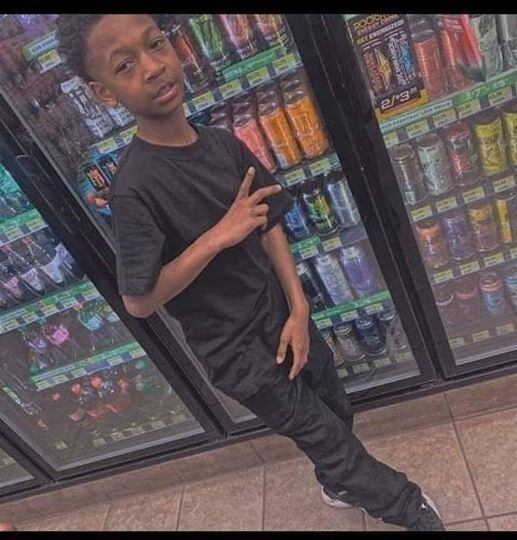