Omaha man recalls subduing Hy-Vee gunman: 'I made sure I had the element of surprise'
0 Comments
Share this
1 of 2 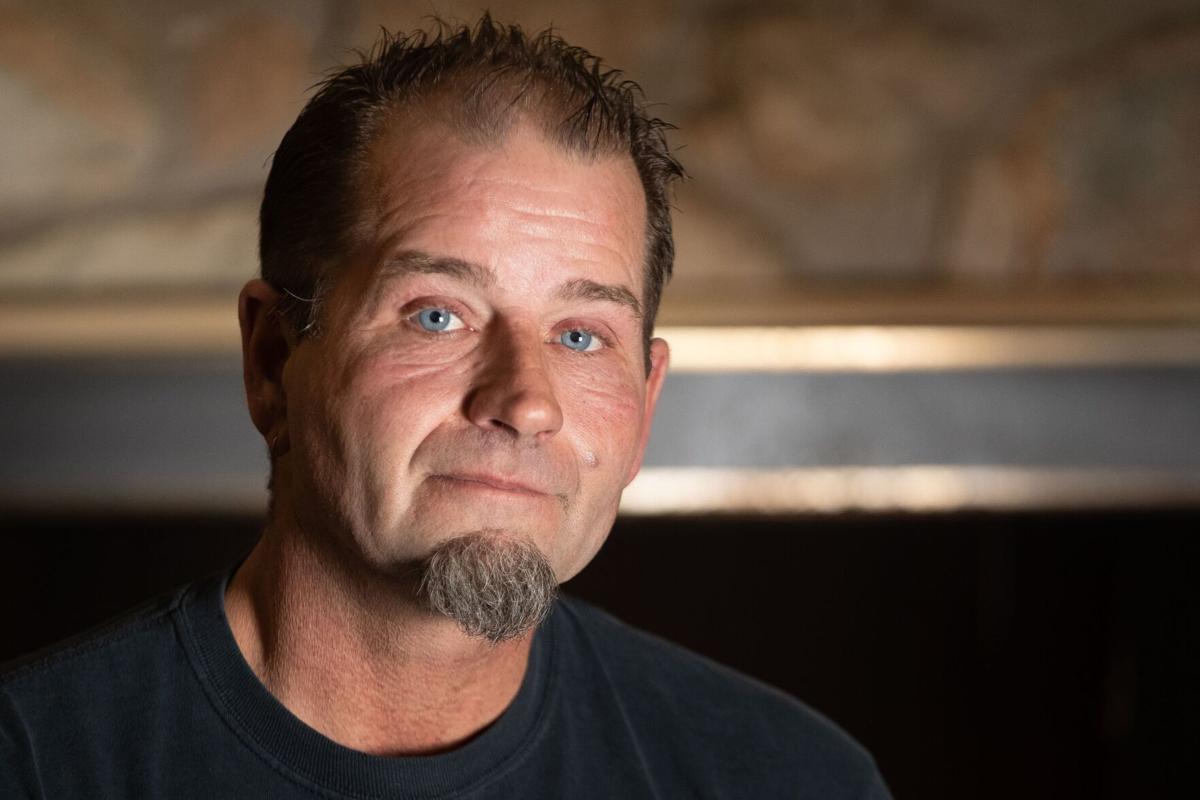 Tom Wenzl sits for a portrait at his home in Omaha on Friday. 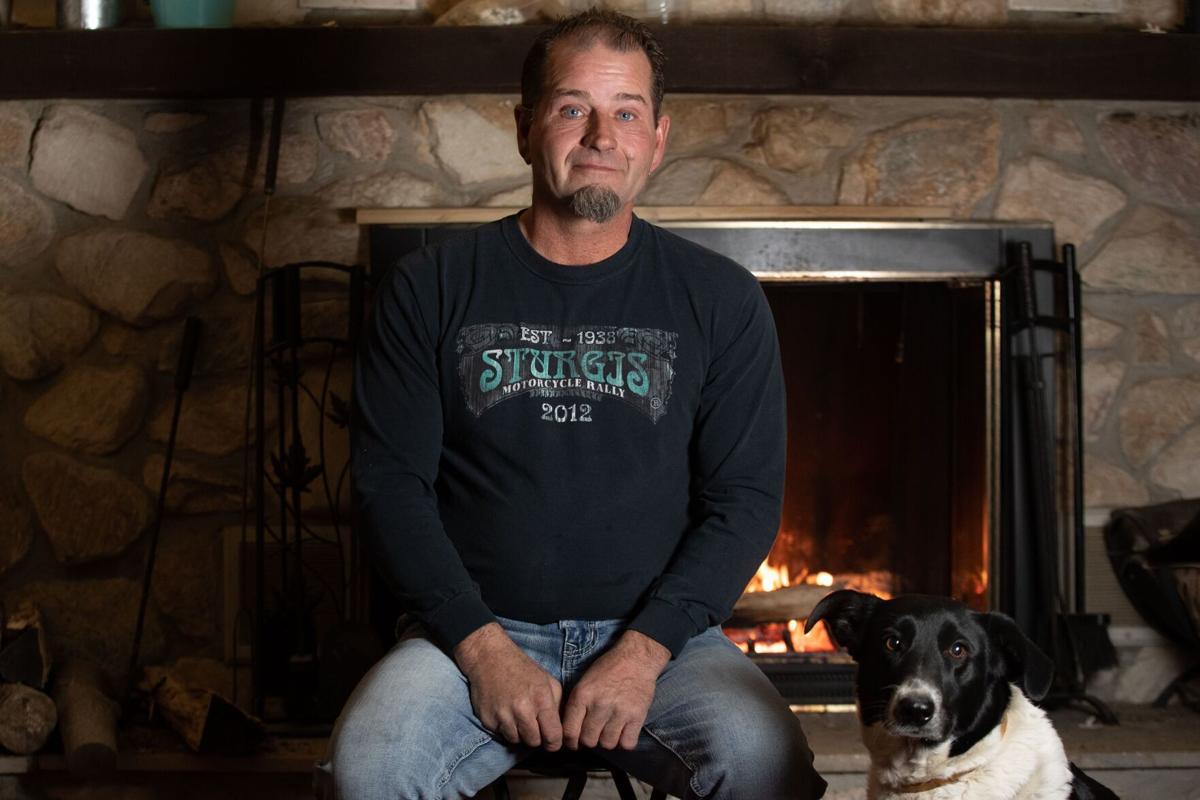 Tom Wenzl with his dog, Stella, at his home in Omaha on Friday. The 50-year-old tackled 21-year-old gunman Jacob Muhle at the Hy-Vee near 180th and Q Streets in March 2020.

The 50-year-old Omaha man had just tackled 21-year-old gunman Jacob Muhle — a “kid,” as Wenzl put it — and held him down in an aisle at the Hy-Vee near 180th and Q streets. An off-duty deputy Omaha police chief had joined the fray, wrestling Muhle’s gun away from him.

Others might beg to differ. Wenzl and Scott Gray, the deputy police chief, saved lives during the frantic few minutes that Muhle shot at occupied cars and rattled off shots within the store, said prosecutor Amy Jacobsen, a deputy Douglas County attorney. The shooting sent people scrambling amid terror that a mass shooter was targeting shoppers, as had happened at Westroads Mall in December 2007.

Wenzl deflected the hero description Friday but said he knows that he saved one life: Muhle’s.

He said it was clear to him that Muhle was despondent and wanted to die.

“He wanted suicide by cop,” Wenzl said. “Life was so bad that he wanted someone to shoot him that day.”

Muhle and, miraculously, everyone else survived that surreal March 17, 2020.

And on Friday, he pleaded guilty to six felony charges that carry a punishment of anywhere from 11 to 176 years in prison. He will be sentenced in March.

Muhle’s father has told The World-Herald that his son had severe depression. He graduated from Millard West High School, where he participated in an independent learning program for students with learning disabilities.

On Friday, Wenzl said he “half expected” that he would tell his story on “Ellen” or “Tough as Nails.” But then the pandemic geared up, and the world moved on.

“I still think this would be a good story for those shows,” Wenzl said.

He said he had stopped by the store that night because his dog, Stella, had just had a litter. He wanted the store’s old boxes to line puppy crates. He headed around back but didn’t see any boxes discarded there.

He headed to the front of the store — planning to ask customer service if they would make a note to set aside any boxes for him.

Just then, he heard loud pops and thought it strange that someone would be setting off fireworks in March.

The loud pops, it turned out, were gunfire. Muhle started in the pharmacy drive-thru lane, firing one shot at a car and two at an SUV. The SUV driver, Carl Evans, said Muhle fired once and broke the rear window and again into his rear door.

“We were lucky he didn’t keep shooting,” Evans told The World-Herald then. “The fact that he didn’t shoot us made me think that he was just trying to wreak havoc. If he wanted to kill someone, we were right there.”

Having started toward customer service, Wenzl followed the gunshot sounds and walked outside to see Muhle with his gun.

“I saw the kid firing, firing at an SUV.”

Wenzl ran back into the store, yelling, “‘Gun! Shooter!’ Basically I was screaming at the top of my lungs.”

He said he thought that Muhle fired “in my direction.” A window at the front of the store shattered.

Wenzl took cover between a row of shelves in the pharmacy. Belly-down, he peeked around the corner.

Muhle stopped at the front of the store and shot out a security monitor.

Customers ran, screaming, to the back. Wenzl stayed put, shifting to a crouch. Meanwhile, Gray had bolted to the front of the store and had circled around to discern where the shots had come from.

Looking for anything suspicious, he spotted Wenzl crouching but, as he came up behind him, realized that he wasn’t armed.

Gray asked him where the shooter was. Wenzl pointed to a young man dressed in black. Muhle was walking between checkout aisles and grocery rows toward where Gray was crouched behind the Gatorade, assessing the situation.

Gray pulled out the firearm that he has carried with him ever since he was one of the first responders at Westroads in 2007. He said he didn’t want to get shot by the shooter, or by a police officer who might respond.

Just then — Gray said it was a fraction of a second before he was going to pull the trigger — Wenzl pounced. He grabbed Muhle by the shoulders, and wrestled him to the ground.

Gray said Muhle, knocked to a sitting position, put the gun to his own temple, then lowered it. Wenzl said he had Muhle’s arms pinned when Gray asked where the gun was. Muhle didn’t know.

Gray used his gun to bash Muhle in the head, and knocked his gun away with his left hand. Gray broke his hand in the process.

He and Wenzl held Muhle until more help came.

It wasn’t until minutes later, Wenzl said, that he had a chance to assess what had just happened, and what might have happened. A divorced father of four girls and a boy, Wenzl said he could see desperation in Muhle.

Wenzl said “you wouldn’t believe the things that go through your mind” when staring down a gunman. Wenzl said he thought about his kids, and also a cousin awaiting a liver transplant.

“I thought about everything, and I just told myself, ‘You know, you gotta go. You know, let’s rock and roll and, I mean, get it done.’”

He also knew that the scrawny kid — Wenzl put Muhle at about 5-foot-7 and a “buck-thirty” — had no chance, as long as Wenzl surprised him.

Wenzl, a 1989 graduate of Grand Island High School, said he outweighs Muhle by about 60 pounds. His day job involves working with an overpowering substance, concrete.

“Plus, I’m an ex-wrestler — I wrestled in junior high and high school. I mean, I didn’t go very far, but I’m the kid that everyone put down and made fun of my last name (Wenzl vis-à-vis weasel). So I’ve always been a scrappy little s—-.”

Days, weeks and now 22 months later, Wenzl said he’s had time to reflect on his actions. He knows that many people have died trying to subdue an active shooter. Most recently, a high school linebacker in Oxford, Michigan, was shot and killed while trying to disarm a gunman.

Wenzl said his adult daughters alternately applauded him and chided him.

“They kind of said, ‘Go figure, my dad’s crazy — my dad’s a dumb—- if he tackles a guy with a gun when he don’t have nothing. But I made sure I had the element of surprise. I just wanted to make sure I hit him like a ton of bricks.”

Wenzl himself has had rough patches in his life. In his mid-20s, he suffered a traumatic brain injury in a car crash caused by a drunken driver. Since then, he’s battled depression and his share of ups and downs.

So he has sympathy for Muhle.

Jacobsen, the prosecutor, gave one fact that still concerns her: In interviews with police in the hours after the shooting, she said, Muhle said he would do it again.

Wenzl wonders whether that was just a further cry for help — not much different than Muhle’s “you’re not a hero” refrain when he was pinned.

Wenzl said everyone in the store that day was lucky that the only blood spilled was when Gray hit Muhle in the head. Muhle’s blood dripped onto Wenzl’s work boots.

Wenzl said he hopes that Muhle gets the help he needs.

“My sole focus was not letting him hurt anybody or hurt himself,” he said. “Because, I mean, that could have been one of my kids shopping. And we’ve had too much of this stuff.”

The facilities were put in receivership in 2018 after failing to make payroll.

After the Volkswagen fled a Nebraska State Patrol trooper, it crashed near 6th and Sumner streets and all four occupants ran off on foot. They were arrested a short time later without further incident.

Seventeen employees of Nebraska’s prison system more than doubled the size of their paychecks during the past fiscal year. How? They made more in overtime pay than they did in base salary, according to data provided by the state.

Utica woman accused of not turning in payroll taxes to IRS

Melissa Grantski, 50, is facing a seven-count indictment, a separate charge for each quarter she failed to turn in the money, which added up to $58,403.

A young man and woman from Bellevue were found guilty of assault in an attack on the woman's father with a meat tenderizer and a wooden rod.

During a traffic stop, a patrol drug-sniffing dog detected the odor of a controlled substance coming from inside the vehicle.

A federal indictment accuses a dispatcher and a truck driver of submitting more than $112,000 in phony maintenance bills to a company formerly known as Roadrunner Temperature Controlled Systems.

U.S. District Judge Dabney Friedrich said she finds it “deeply disturbing” that Brandon Straka, 45, used his social media influence to encourage and defend the Jan. 6, 2021, attack on the Capitol.

Tom Wenzl sits for a portrait at his home in Omaha on Friday.

Tom Wenzl with his dog, Stella, at his home in Omaha on Friday. The 50-year-old tackled 21-year-old gunman Jacob Muhle at the Hy-Vee near 180th and Q Streets in March 2020. 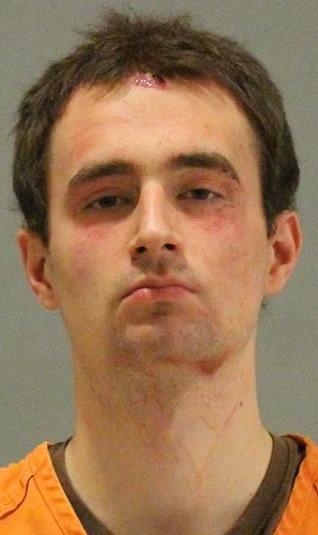