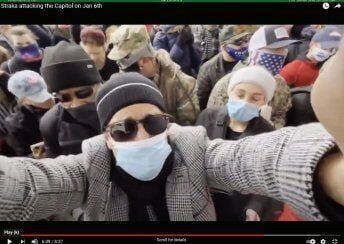 A screenshot from a video detailed in an affidavit regarding charges against Brandon Straka. 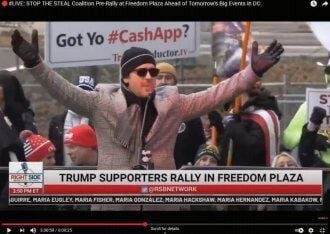 A screenshot from a video detailed in an affidavit about charges against Brandon Straka.

OMAHA — Federal prosecutors are recommending against jail time for an Omaha-based “social media influencer” who filmed himself participating in the Jan. 6, 2021, attack on the U.S. Capitol.

U.S. Attorney Matthew Graves and his team have recommended that Brandon Straka be sentenced to four months of home detention, three years of probation, 60 hours of community service and $600 in restitution.

Straka has previously pleaded guilty to misdemeanor disorderly conduct in the Capitol. He faces up to six months in jail and a fine up to $5,000, the sentencing recommendation says.

Graves noted Straka’s large social media following and his efforts to overturn the election. The sentencing recommendation says home detention rather than jail time is merited because Straka did not personally attack others or destroy property.

Omaha man who pleaded guilty in Jan. 6 Capitol riot is cooperating with investigators

Straka gained prominence in January 2018 with his #WalkAway campaign, which encouraged fellow Democrats to leave the party. Court documents indicate that a testimonial he posted that year garnered more than 41,000 likes and 890,000 views.

Straka was in Washington on Jan. 4-6, 2021, to make speeches at various rallies. He was on his way to one of those speeches when he heard that the Capitol was being stormed, so he changed course and headed there instead.

Once at the Capitol, Straka livestreamed his participation as he encouraged others to storm the building. He also egged on those around him who were trying to wrest a shield from a law enforcement officer. After leaving the grounds, he encouraged his Twitter followers to “HOLD. THE. LINE.” The message was liked and retweeted by thousands, the court said.

In the days prior to Jan. 6, Straka told his followers that civil war was underway in the U.S. and that “we’re not going to be peaceful much longer.”

But the recommendation also said that Straka was eager to be at the Capitol and that his comments afterward indicate that he didn’t realize the gravity of his actions.

The recommendation notes that the attack was an attempt to block the peaceful transfer of power, injured more than 100 law enforcement officers and caused more than $1 million in property damage.

In a presentence interview with probation officers, Straka said that if he could go back in time, he would never have gone to Washington.

He also described the attack as having a disproportionate impact on his life and business given that he has been convicted of a misdemeanor.

Straka talked about the assault on the Capitol in a video the next day and rebutted claims that Antifa was involved.

“It was not Antifa; it was patriots desperate to be heard,” he said.

Photos: Scenes from the Capitol on anniversary of Jan. 6 attack

Sarpy County Sheriff Jeff Davis said the body was found about three-quarters of a mile from the crash site up against a fence line.

The facilities were put in receivership in 2018 after failing to make payroll.

Police and emergency crews were called to the JBS meatpacking plant in Grand Island at about 3:30 p.m. Friday on a report of a head injury. The worker, Esteban Mantilla of Grand Island, was later pronounced dead at the hospital.

Utica woman accused of not turning in payroll taxes to IRS

Melissa Grantski, 50, is facing a seven-count indictment, a separate charge for each quarter she failed to turn in the money, which added up to $58,403.

An Omaha attorney speculated that brain fog or respiratory distress from COVID may have caused his client to drive more than twice the speed limit and ram into three cars stopped at a light.

A young man and woman from Bellevue were found guilty of assault in an attack on the woman's father with a meat tenderizer and a wooden rod.

John Caillau was driving 106 mph in a 45 mph zone. His blood alcohol content measured .41% after the crash that killed Jim Yungbluth, described as “one of the nicest men to walk the Earth.”

A Crawford woman and her daughter from Chadron were killed in a two-vehicle crash near Hemingford.

Columbus officers respond to call of a person who fell; he allegedly tells them of homicide

Columbus police arrested a man Sunday on murder charges after the man first responders assisted after he fell outside allegedly told them that he killed a man.

A screenshot from a video detailed in an affidavit regarding charges against Brandon Straka.

A screenshot from a video detailed in an affidavit about charges against Brandon Straka. 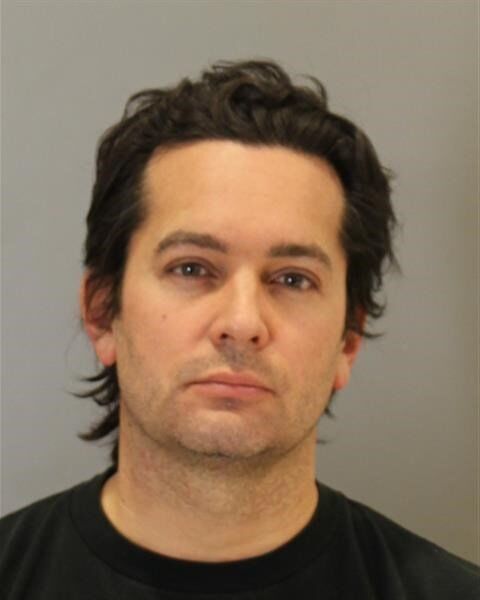