The girl was 6 years old when she first told child advocacy workers that she had suffered sexual abuse at the hands of a Wahoo police officer.

Yet Sean Vilmont was not arrested.

Again, Vilmont was not arrested.

He remained a Wahoo police officer and was even promoted to lieutenant and second-in-command in July 2019.

It was only when she reported the sexual abuse a third time — in January, when she was 13 years old — and with different law enforcement agencies assigned to the case that her disclosure resulted in an arrest and charges.

Vilmont, 51, was charged last month with three counts of third-degree sexual assault of a child. If convicted, he could face up to nine years in prison.

A newly unsealed affidavit shows that Vilmont was twice investigated by Fremont police, in 2015 and 2017, but that arrest warrants were denied by the Dodge County Attorney’s Office. The third time the girl told officials about sexual abuse, the Nebraska State Patrol investigated, the Nebraska Attorney General’s Office prosecuted, and Vilmont was arrested.

Several law enforcement officials involved with the case declined to comment or provide insight into why an arrest wasn’t made until recently.

Fremont Police Chief Jeff Elliott said detectives followed up on the leads they had at the time and provided all the evidence they had to the Dodge County Attorney’s Office, which was then led by Oliver Glass.

“I don’t know what the rationale was to declining to file (charges), but … I’ve reviewed both (cases) and believe both of the investigations were handled correctly and there was not sufficient evidence,” Elliott said.

He declined to provide specific details or the previous reports or warrant applications. He said those would have to be subpoenaed.

Vilmont became a Wahoo police officer in June 2011. He was terminated Sept. 22, the day charges were filed in Dodge County. Vilmont can appeal his firing.

Wahoo Police Chief Bruce Ferrell, who took the job in 2018, and former Police Chief Kenneth Jackson declined to say whether they were aware of the previous investigations into Vilmont.

Wahoo and Fremont are about 20 miles apart. Elliott said the Wahoo and Fremont Police Departments work together “as necessary,” but he said that he didn’t know Vilmont and that he had never had a conversation with him.

Speaking generally, Elliott said that in sexual assault cases, detectives will “look for more evidence than just ‘he said’ or ‘she said.’”

Dodge County Attorney Paul Vaughan said the cases in 2015 and 2017 were handled by two different attorneys who no longer work in the office. Vaughan declined to name those attorneys or provide additional details but said records noted that the attorneys “didn’t believe there was adequate evidence to file the charges.”

According to the affidavit written by State Patrol investigator CJ Alberico, the girl first told her school counselor in 2015, when she was 6, that Vilmont touched her bottom with his hands over her clothing when she was on his bed. She said she did not like it.

Fremont officers interviewed Vilmont, who said he was never alone with the girl. Elliott said his department received the report of the alleged abuse in January 2015, and an application for an arrest warrant was filed the next month.

Elliott said the County Attorney’s Office decides whether to file charges based on the evidence presented. Unless more evidence is requested, he said, the investigation is over if prosecutors decline to file charges.

Two years later, when the girl was 9, she said in an interview with child advocates that Vilmont had touched her privates over her clothes with his hands. The girl said Vilmont laid her on his bed after she bathed, wearing only a towel. Vilmont then touched her, making her feel uncomfortable, according to the affidavit.

Fremont police interviewed Vilmont, who said he had been alone with the girl in the past two years but had never shared a bed with her. He said the girl was “fabricating the allegations and that she was beginning to discover her own body.”

In a child advocacy interview in January of this year, the then-13-year-old girl talked about sexual abuse she said had occurred more than five times. She said Vilmont pulled her pants down and touched her genital area and bottom with his fingers and penis and forced her to touch his penis. The girl said the acts occurred in Vilmont’s bedroom and a vehicle.

The girl told her father’s girlfriend that Vilmont had given her toys, makeup, a cellphone and fake fingernails, saying she “earned them.”

The girl’s father and relatives told investigators that they supported and believed her.

The girl said she last was sexually assaulted by Vilmont on Jan. 19, and her GPS device location history put her at or near Vilmont’s residence in Fremont that day.

Vilmont was placed on paid administrative leave in early February, according to Wahoo city records.

Alberico, the State Patrol investigator, filed the arrest warrant affidavit last month. She declined to comment and referred a reporter to prosecutor Corey O’Brien of the Nebraska Attorney General’s Office, who also declined to comment.

Glass, who had been Dodge County attorney since 2011, resigned in February after being arrested on a second DUI charge. Last month, he was indicted on federal cyberstalking charges as officials alleged that he used his elected position to harass his estranged wife’s boyfriend. Glass did not respond to a voicemail Friday, but his attorney, Clarence Mock, said Glass relayed to him that he has no memory of handling the previous Vilmont cases himself.

"Our clients were told, 'Don't worry about it, she'll be OK.' She suffered profound seizures and will never be the same," attorney Joe Cullan said.

Man charged in death of 4-month-old in Knox County

Edward Stephan Davis is facing a charge of manslaughter in addition to the charge of child abuse resulting in death. The prosecutor said he "cruelly punished" the baby.

Judge Matthew T. Schelp of the Eastern District of Missouri granted the injunction against the Centers for Medicare and Medicaid Services.

"We look at moments in life, and there was a moment in Ms. Douglas's life where she responded to a Facebook post. And that moment ... not only affected her life in a substantial way, but it (also) has had a substantial impact on her family's life."

Bellevue Sgt. Howard Banks said the incident “definitely does not appear to be a random act,” but detectives are still investigating what happened.

Woman dies after being hit by vehicle in Omaha

Kaitlyn Vanessen, of Omaha, was crossing a street in the Blackstone District about 2 a.m. Saturday when she was hit by an SUV, police said.

District Judge Vicky Johnson, calling the case as “egregious” as a couple of murder cases she has handled, sentenced Aaron Ogren to serve 15 to 20 years in prison for the most serious felony. The appeals court upheld the sentence.

In addition to setting the woman's leg on fire, her husband stabbed her in the leg with a knife and punched her in the face.

A Kansas jury on Friday acquitted Timothy Wayne Funk, 58, of murder and two counts of aggravated endangering a child. He was charged after his granddaughter, Brandy Funk, of Beatrice, died at his Silver Lake home on July 23, 2019. 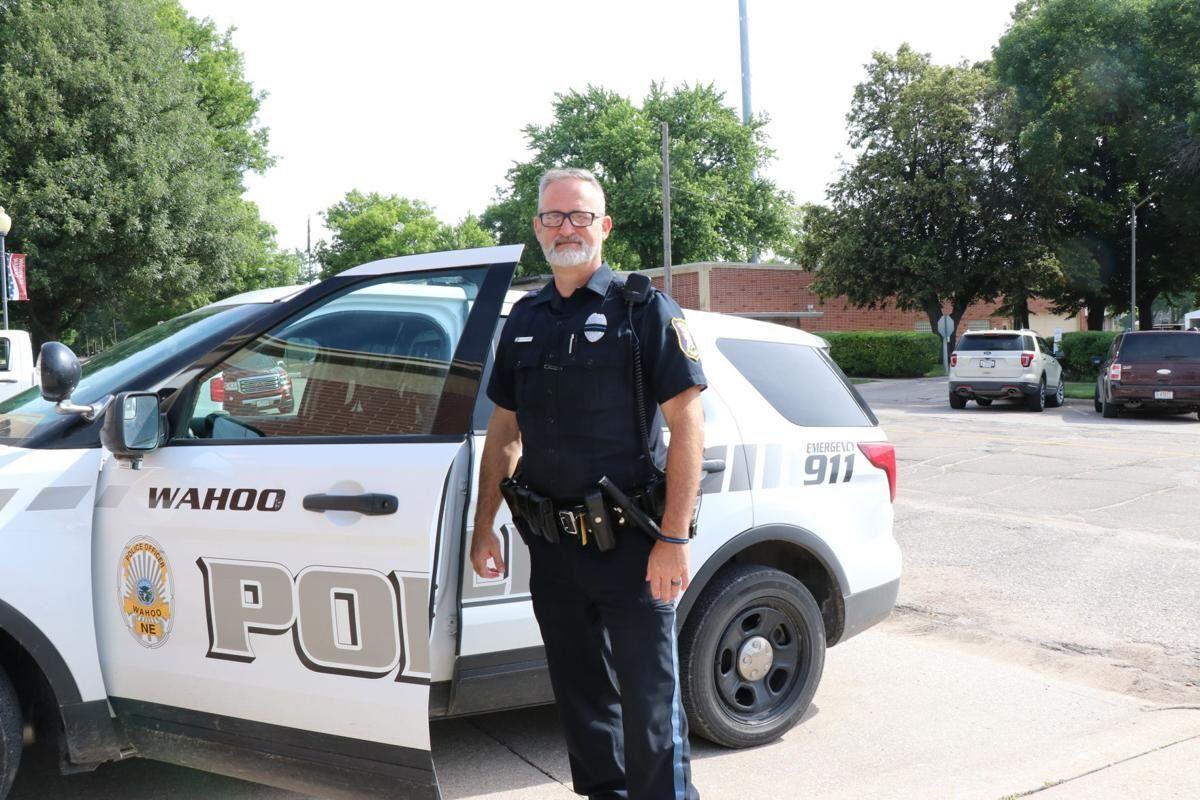