A young man and woman from Bellevue who were found guilty of first-degree assault in an attack on the woman's father each was sentenced Tuesday to 40 to 50 years in prison.

Sarpy County prosecutors said Joshua Fithian and his girlfriend, Gabriella Laws, both 19, attacked Robert Laws in January 2021 with a metal meat tenderizer and a wooden rod. The Sarpy County Attorney’s Office dismissed charges of attempted murder, second-degree assault, use of a deadly weapon to commit a felony and conspiracy to commit a felony against the two.

Police responded to a home northeast of 48th Street and Nebraska 370 shortly after 2 a.m. Jan. 17, according to an affidavit filed by Bellevue Police Detective Michael Legband. An officer found Robert Laws, who is 60, in his bedroom with severe injuries to the left side of his face.

Laws’ wife, Maria, who was sleeping in a separate bedroom, said she was awakened by a noise and found a wooden rod in the hallway. She then found her husband unresponsive in bed and a meat tenderizer on the floor. His CPAP mask still was secured to his face.

The detective said Robert Laws was taken to the Nebraska Medical Center with injuries so severe that he had to be placed in a medical coma to treat brain bleeding and cranial fractures. Police suspected that Robert Laws was attacked while he was sleeping.

Laws later went to the Madonna Rehabilitation Hospital. He told police who interviewed him there on Feb. 10 that he didn’t remember the attack, but he “thought Josh may have been responsible” based on a previous argument.

Officers questioned Fithian, who indicated that he, Maria, Robert and Gabriella had an argument regarding Fithian’s history of sneaking in and out of the Laws’ home. Gabriella’s parents had told him to not be in the house between midnight and 7 a.m.

According to Fithian, after dinner on Jan. 16, he and Gabriella Laws went to the basement until 12:45 a.m. Fithian said he left through a basement window because he was there later than the prescribed time. Gabriella Laws told police that Fithian had left through the front door of the home.

While being questioned by police about the attack, Gabriella Laws said, “I mean, I don’t think it was my mom, and I don’t know, I didn’t do it, but if I did in my sleep I don’t know.” Asked by police if she would be capable of assaulting her father, even accidentally, she said, “I hope not.”

Asked to clarify her response, she said, “Well, if I did, well not, I mean, I hope I would have never done that.”

Maria and Robert Laws filed a protection order against Fithian on Jan. 20. The protection order said Fithian had told the Lawses on Jan. 16 that he “wasn’t going anywhere” and planned to come into the house whenever he wanted.

Fremont Superintendent Mark Shepard posted a statement saying Madison Everitt "suffered a catastrophic brain injury" and will not recover. “This is a tragic loss for FHS, the school district and our community."

The injured person, who remains in critical condition, was traveling east on U.S. 6 shortly after 1 p.m. Monday when a truck turned from the highway's westbound lane toward the Interstate 80 entrance ramp, according to the state patrol.

Officers were called to investigate an assault. They were told a man had fallen to the ground and struck his head.

A winning candidate in the May primary election was indicted for wire and bank fraud after allegedly misusing $202,000 in government grants for a nonprofit Omaha training facility.

Capt. Kathy Belcastro-Gonzalez had been on paid administrative leave since Jan. 19 because of an internal affairs investigation regarding alleged violations that have not been disclosed.

The Broken Bow Police Department found Angie Miller dead at her house around 1:45 a.m. Friday, the State Patrol said. Her husband was found dead in a pasture a few hours later.

A year after La Vista boy's disappearance, mother holds onto hope her son is alive

One year ago 11-year-old Ryan Larsen, who is autistic, vanished after apparently running away from his elementary school.
Larsen's mother thinks he's alive. She finds hope in the fact that her son hasn’t been found.

Nebraska resident sentenced to jail for financially exploiting his dad

A Jackson man took $20,000 of his father's money while serving as conservator of his property.

One person was killed and another was injured in an early Saturday morning crash near Wisner, and an Omaha man involved in the crash was arrested after he stole a first responder's vehicle at the scene.

A 13-year-old girl was shot in Omaha early Saturday morning. Police say her injuries are not life-threatening.

Wow! Huge meteor captured flying over the skies in England 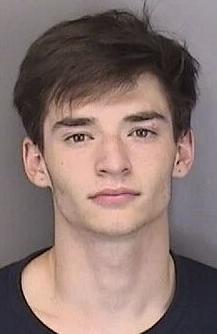 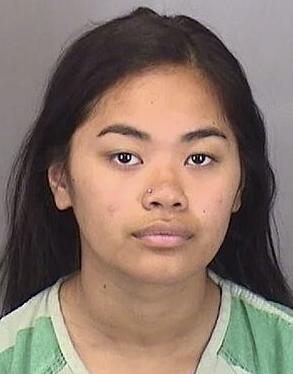