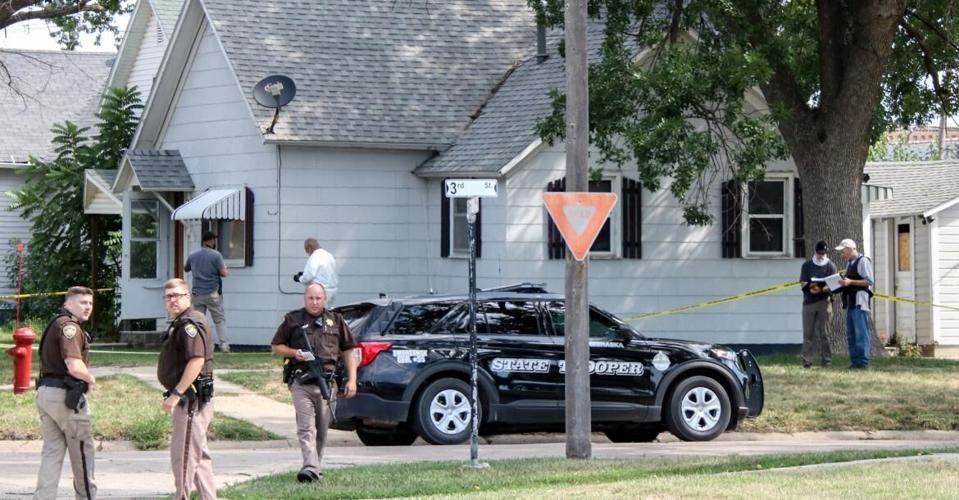 Four people died early Thursday morning in the small northeast Nebraska town of Laurel, and foul play is suspected, according to the Nebraska State Patrol's superintendent.

At a news conference Thursday afternoon in the Cedar County town, Col. John Bolduc said authorities responded to an explosion at a home at 209 Elm St. at 3 a.m., where they found one person dead.

A second blaze broke out at around the same time at a home at 503 Elm St., where authorities found three more people dead.

In a news release issued Thursday evening, hours after the afternoon news conference, the State Patrol said investigators have determined "that gunfire is suspected to have played a part in the incidents at both homes."

No arrests have been reported, and Bolduc again urged residents of the community of fewer than 1,000 people, about 40 miles west of Sioux City, Iowa, to be vigilant and report any out-of-the-ordinary activity to 911.

"We are not categorizing (the incident) as anything at this point," Bolduc said earlier Thursday when fielding questions at the news conference staged outside of a church. "We have multiple crime scenes. We have four dead. We're trying to get to the bottom of it."

The identity of those killed have not been released.

Fire inspectors believe that accelerants may have been used in both fires, Bolduc said, adding that investigators weren't sure if there was any connection between the victims.

"We aren't sure if they knew each other," said Cedar County Sheriff Larry Koranda, who appeared at Thursday's news conference alongside Bolduc and the county attorney.

Bolduc broadcast a report of a silver sedan seen leaving Laurel early Thursday morning, reportedly driven by a Black male who may have picked up a passenger before leaving the town westbound on U.S. 20.

The colonel indicated the sedan's driver and reported passenger are suspects in the criminal investigation, which is being spearheaded by the state patrol.

Bolduc said any potential suspects in the incidents may have been burned themselves in either fire. It's unclear where they might have been headed, he said.

Bolduc asked anyone with information on the crime or surveillance video of the area to contact the State Patrol at 402-479-4921.

Douglas Furlich, who lives blocks away from both locations where fires reportedly broke out, told the Journal Star he heard an explosion call while listening to the police scanner as he watched TV around 3:30 a.m. Thursday.

Shortly after, he said, the town's sirens began to wail, signaling a fire or rescue call.

"I went and took a drive to see, and they still have — at the Third and Elm site — they still have that blocked off; you can't get within a half a block of it. And there's a blue tarp that has been erected around the portion of the yard."

Though the town's hall, school and public pool all went into lockdown on Thursday, Furlich said residents hadn't received word to do so themselves.

At the news conference, Koranda said the sheriff's office would leave lockdown decisions up to local businesses and entities. Asked whether the public is in danger, the sheriff didn't directly answer.

"It's a tight-knit community, about 1,000 people. It's a very safe community," the sheriff said, later adding, "if you see something out of the ordinary, please call."

A training event on Friday allowed athletic trainers to learn how to use the temperature monitoring devices.

Law enforcement believes Matthew Borden delivered at least 1.5 kilograms of meth in the Lincoln area from June 2020 to April 2021.

In Laurel, it isn't unusual for people to leave their doors unlocked — everybody knows everybody. But that sense of security was shaken Thursday when four people were killed and left in burning homes.

Douglas County sheriff's deputies are investigating after a person's body was found along a road in northern Douglas County.

Bail set at $5 million for suspect in Laurel quadruple homicide

The man accused in the killings of four Laurel residents last week had his bail set at $5 million.

Friends and loved ones of the homicide victims are remembering them for the positive impact they had on the town of 1,000 people in southeastern Cedar County. 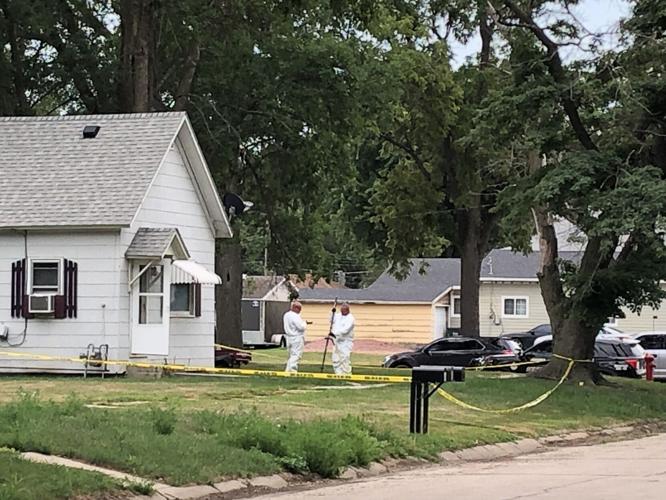