NASA's Perseverance rover will land on Mars this week. Here's what to expect
View Comments
Share this
{{featured_button_text}}

Perseverance, NASA's most sophisticated rover to date, is expected to land on the surface of Mars on Thursday, Feb. 18, around 3:55 p.m. ET.

The rover has been traveling through space since launching from Cape Canaveral, Florida, at the end of July. When it reaches Mars, Perseverance will have traveled 292.5 million miles on its journey from Earth.

Perseverance is NASA's first mission that will search for signs of ancient life on another planet to help answer the big question: Was life ever present on Mars? The rover will explore Jezero Crater, the site of an ancient lake that existed 3.9 billion years ago, and search for microfossils in the rocks and soil there.

Along for the ride with Perseverance is an experiment to fly a helicopter, called Ingenuity, on another planet for the first time.

Here's what to expect this week.

Unfortunately, we can't watch the SUV-size rover land on the surface of Mars — we're just not there yet, technologically speaking.

But NASA is inviting the world to tune in to its countdown and landing commentary, which will stream live beginning on Thursday at 2:15 p.m. ET. Tune in via NASA's public TV channel, website, app, YouTube, Twitter, Facebook, LinkedIn, Twitch, Daily Motion or THETA.TV. In a first, the agency will also offer a Spanish language show for the landing.

During the landing coverage, NASA's mission control team will be able to confirm if the rover safely landed on the surface of Mars.

Naturally, the rover has its own Twitter and Facebook accounts, where you can expect updates from the mission team from the perspective of the rover. And you can bet the Curiosity rover and InSight lander will be welcoming Perseverance to their home, the red planet.

The agency has fun ways to participate in the countdown excitement, like photo booths and activities for kids and students. You can also follow every step of the rover's landing through a NASA interactive or sign up for a virtual experience of the landing.

"If there's one thing we know, it's that landing on Mars is never easy," said Marc Etkind, NASA associate administrator for communications, in a statement. "But as NASA's fifth Mars rover, Perseverance has an extraordinary engineering pedigree and mission team."

Just weeks after the landing, if all goes according to plan, cameras and microphones on the spacecraft will show the rover's perspective for the first time.

Landing on Mars: '7 minutes of terror'

If successful, Perseverance will be NASA's ninth landing on Mars. First, it has to go through the infamous "seven minutes of terror."

The one-way time it takes for radio signals to travel from Earth to Mars is about 10.5 minutes, which means the seven minutes it takes for the spacecraft to land on Mars will occur without any help or intervention from NASA teams on Earth.

The ground teams tell the spacecraft when to begin EDL (entry, descent and landing) and the spacecraft takes over from there — and mission control begins an agonizing wait.

This rover is the heaviest NASA has ever attempted to land, weighing in at over a metric ton.

The spacecraft hits the top of the Martian atmosphere moving at 12,000 miles per hour and has to slow down to zero miles per hour seven minutes later when the rover softly lands on the surface.

The spacecraft's heat shield will endure peak heating of 2,370 degrees Fahrenheit, 75 seconds after entering the atmosphere.

Perseverance is targeting a 28-mile-wide ancient lake bed and river delta, the most challenging site yet for a NASA spacecraft landing on Mars. Rather than being flat and smooth, the small landing site is littered with sand dunes, steep cliffs, boulders and small craters. The spacecraft has two upgrades — called Range Trigger and Terrain-Relative Navigation — to navigate this difficult and hazardous site.

Range Trigger will tell the 70.5-foot-wide parachute when to deploy based on the spacecraft's position 240 seconds after entering the atmosphere. After the parachute deploys, the heat shield will detach.

The rover's Terrain-Relative Navigation acts like a second brain, using cameras to take pictures of the ground as it rapidly approaches and determines the safest spot to land. It can shift the landing spot by up to 2,000 feet, according to NASA.

The back shell and parachute separate after the heat shield is discarded — that will happen when the spacecraft is 1.3 miles above the Martian surface. The Mars landing engines, which include eight retrorockets, will fire to slow the descent from 190 miles per hour to about 1.7 miles per hour.

The mission: What the rover will do

Once the rover has landed, Perseverance's two-year mission will begin. First, it will go through a "checkout" period to make sure it's ready.

Perseverance will search for evidence of ancient life and study Mars' climate and geology and collect samples that will eventually be returned to Earth by the 2030s.

For that reason, Perseverance is also the cleanest machine ever sent to Mars, designed so it doesn't contaminate the Martian samples with any microbes from Earth that could provide a false reading.

Jezero Crater was chosen as Perseverance's home because billions of years ago, the basin was the site of a lake and river delta. Rocks and dirt from this basin could provide fossilized evidence of past microbial life, as well as more information about what ancient Mars was like.

"Perseverance's sophisticated science instruments will not only help in the hunt for fossilized microbial life, but also expand our knowledge of Martian geology and its past, present, and future," said Ken Farley, project scientist for Mars 2020, in a statement.

The path Perseverance will traverse is about 15 miles long, an "epic journey" that will take years, Farley said. What scientists could discover about Mars, though, is worth the journey. To accomplish its goals, Perseverance will drive a little less than 0.1-miles per hour, three times faster than previous rovers.

Perseverance also carries instruments that could help further exploration on Mars in the future, like MOXIE, the Mars Oxygen In-Situ Resource Utilization Experiment. This experiment, about the size of a car battery, will attempt to convert Martian carbon dioxide into oxygen.

Not only could this help NASA scientists learn how to produce rocket fuel on Mars, but also oxygen that could be used during future human exploration of the red planet.

Ingenuity, the first helicopter on another planet

Perseverance isn't traveling to Mars by itself. Along for the ride is Ingenuity, which will be the first helicopter to fly on another planet.

After landing, the rover will also find a nice, flat surface to drop the Ingenuity helicopter so it has a place to use as a helipad for its potential five test flights during a 30-day period. This will occur within the first 50 to 90 sols, or Martian days, of the mission.

Once Ingenuity is settled on the surface, Perseverance will drive to a safe spot at a distance and use its cameras to watch Ingenuity's flight.

Mars has an incredibly thin atmosphere, so the design for Ingenuity had to be lightweight, while including larger and faster rotors than those of typical helicopters on Earth to get it up in the air.

If Ingenuity is successful, it could pave the way for more advanced robotic aircraft to be used on future missions to Mars, both robotic and human, according to NASA.

The moon is lifeless

The moon is about 4.5 billion years old

The moon is not primordial—it evolved

The moon is shrinking

There is water on the moon...

...and not just in cold, dark places

The moon’s craters were caused by asteroid impacts

Its crust offers perspective on other planets

The Earth and moon are genetically related

The lunar surface is solid

The moon is seismically active

The moon is covered with rocks and dust called regolith

Moon rocks were formed in high temperatures without water

The moon has at least two lunar pits

The moon has a crust, mantle, and core—just like Earth

The Earth and moon trade meteorites

The moon is moving away from Earth

Moonquakes can last up to 10 minutes

When it was still very young, the moon melted to form a magma ocean

The moon is asymmetrical

US: Rockets hit airbase in Iraq hosting US troops

US: Rockets hit airbase in Iraq hosting US troops

Watch live video and follow the latest updates from NASA and other scientists, as the Perseverance rover attempts to land on Mars. 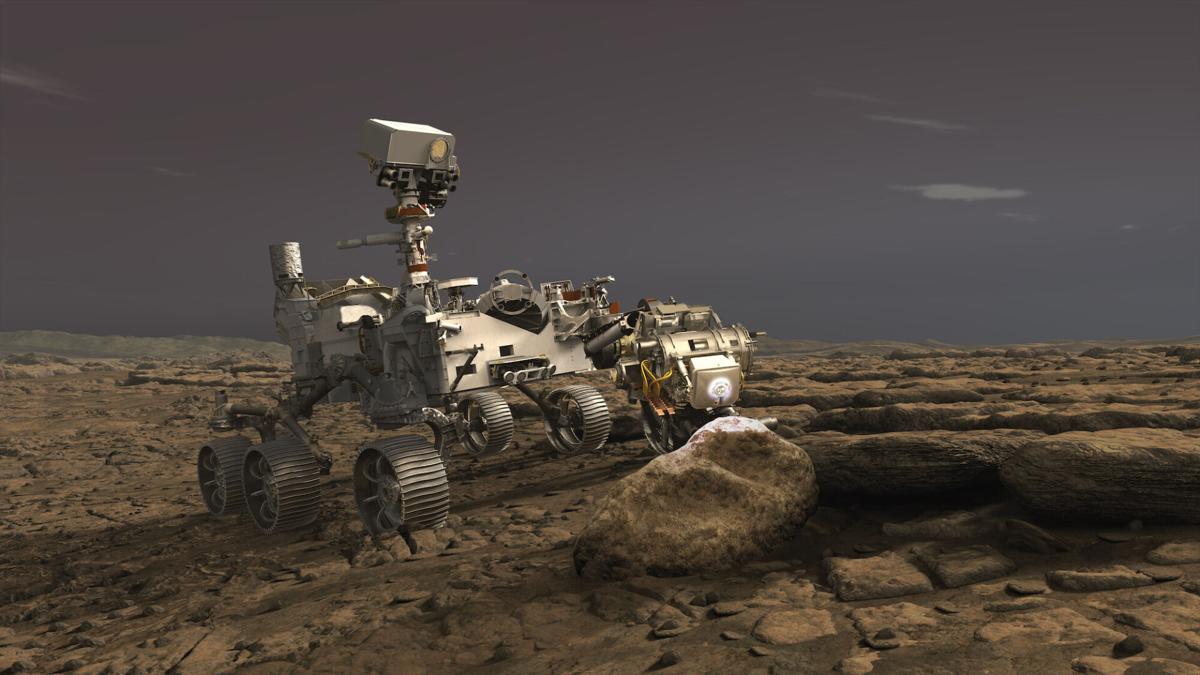 A rendering of 's Perseverance rover on Mars. The probe is due to arrive at the red planet in February 2021. 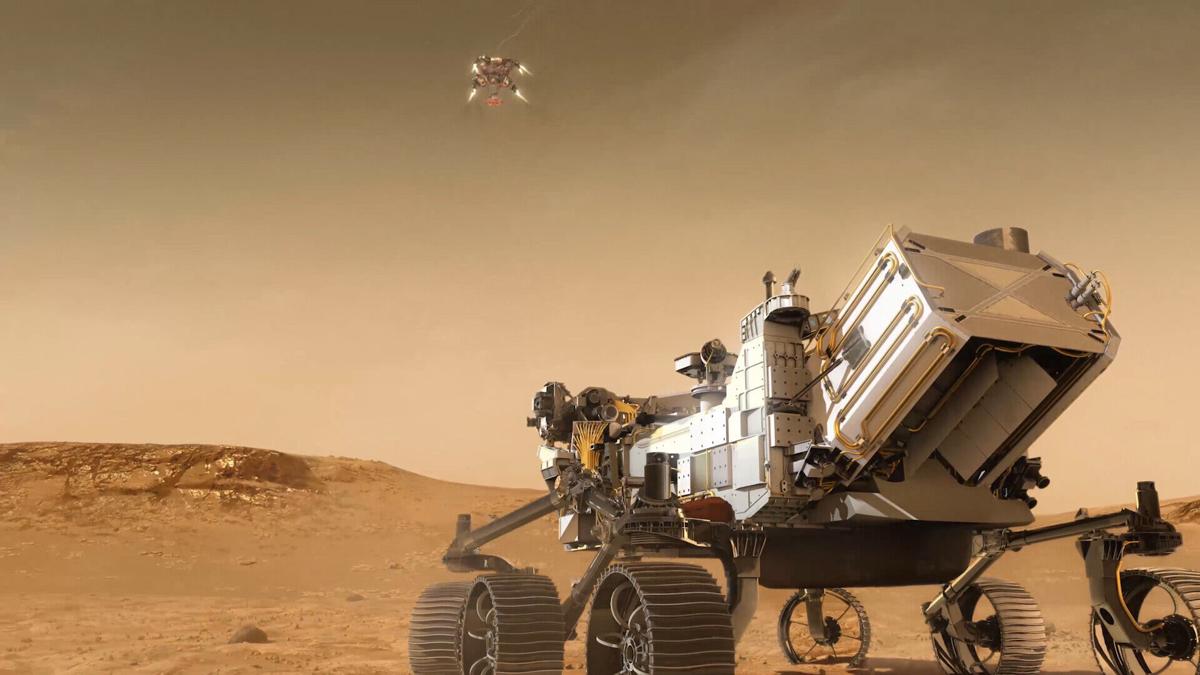 Perseverance, NASA's most sophisticated rover to date, is expected to land on the surface of Mars on Thursday, February 18, around 3:55 p.m. ET. 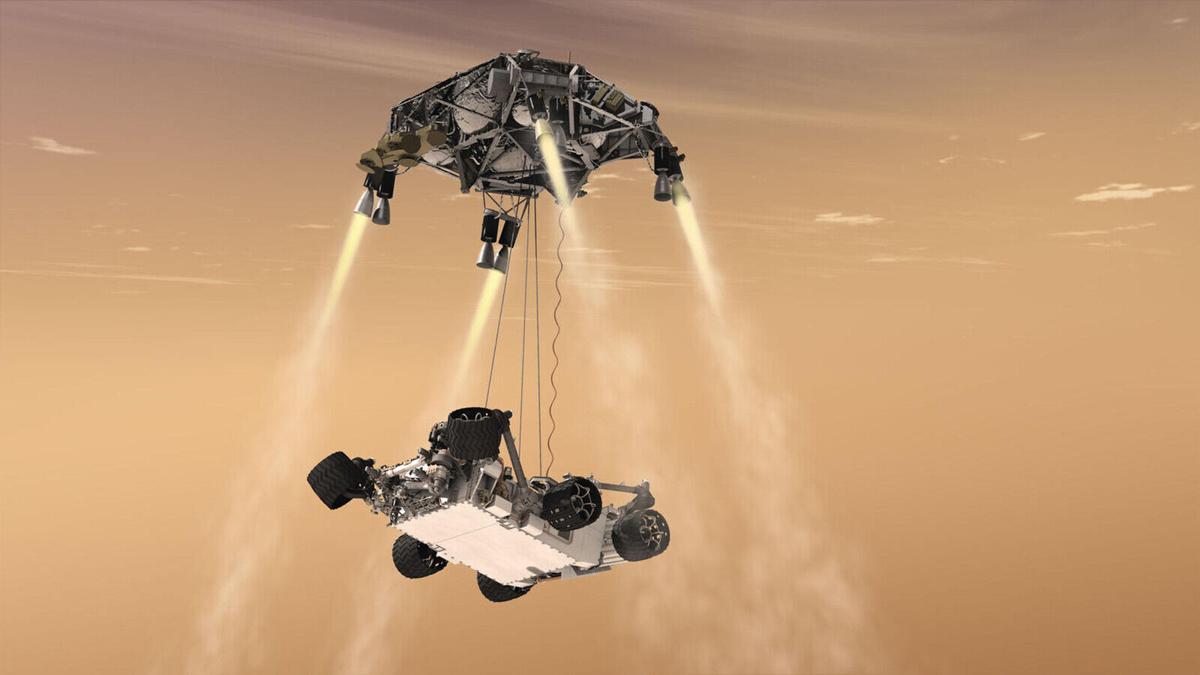 The rover has been traveling through space since launching from Cape Canaveral, Florida, at the end of July. When it reaches Mars, Perseverance will have traveled 292.5 million miles on its journey from Earth. 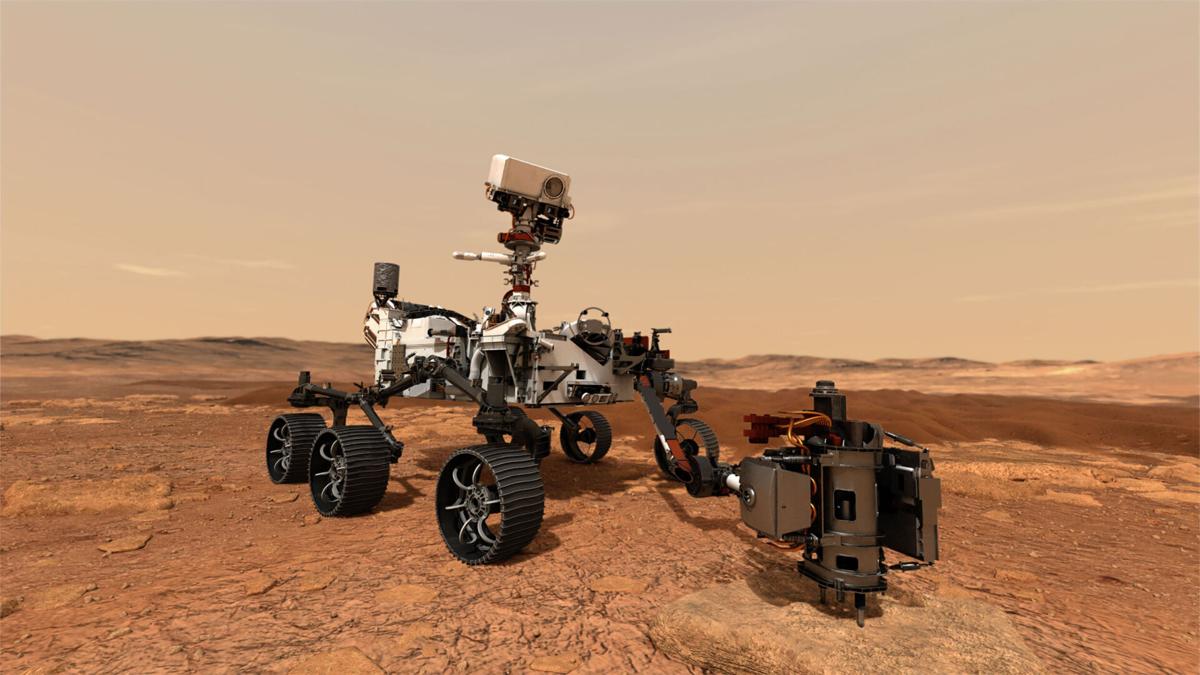 In this illustration, NASA's Mars 2020 rover uses its drill to core a rock sample on Mars. 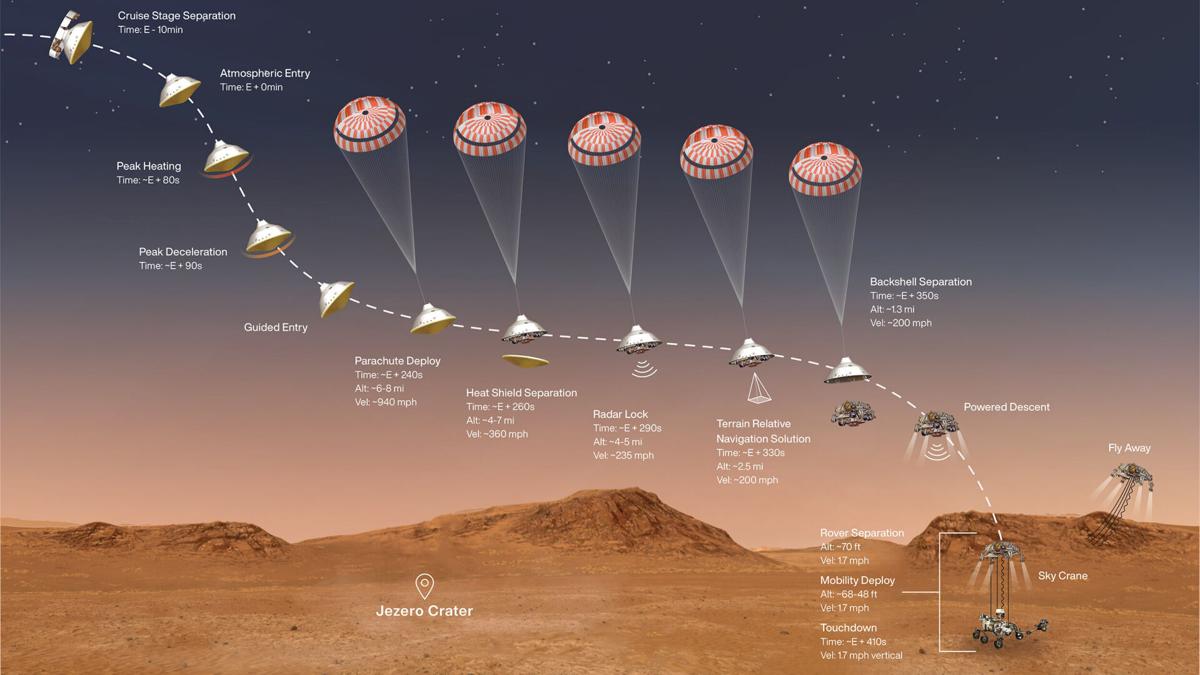 This illustration shows the events that occur in the final minutes of NASA's Perseverance rover for it to land on the Martian surface. 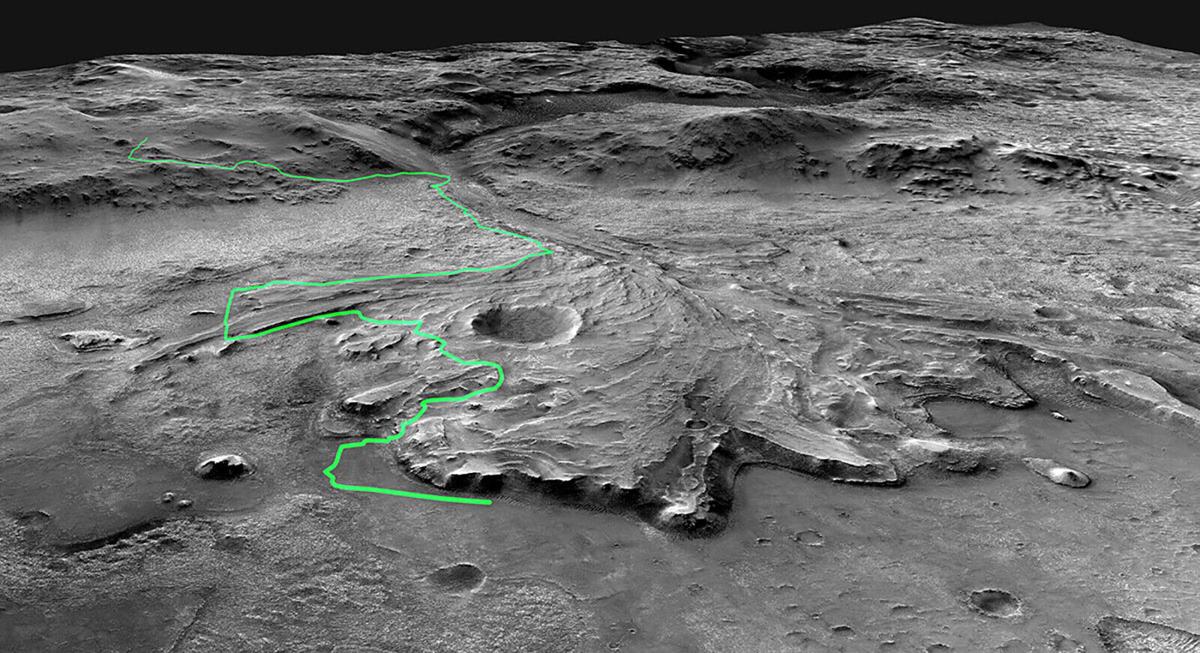 This mosaic of images collected by the Mars Reconnaissance Orbiter shows a possible route the Mars 2020 Perseverance rover could take across Jezero Crater. 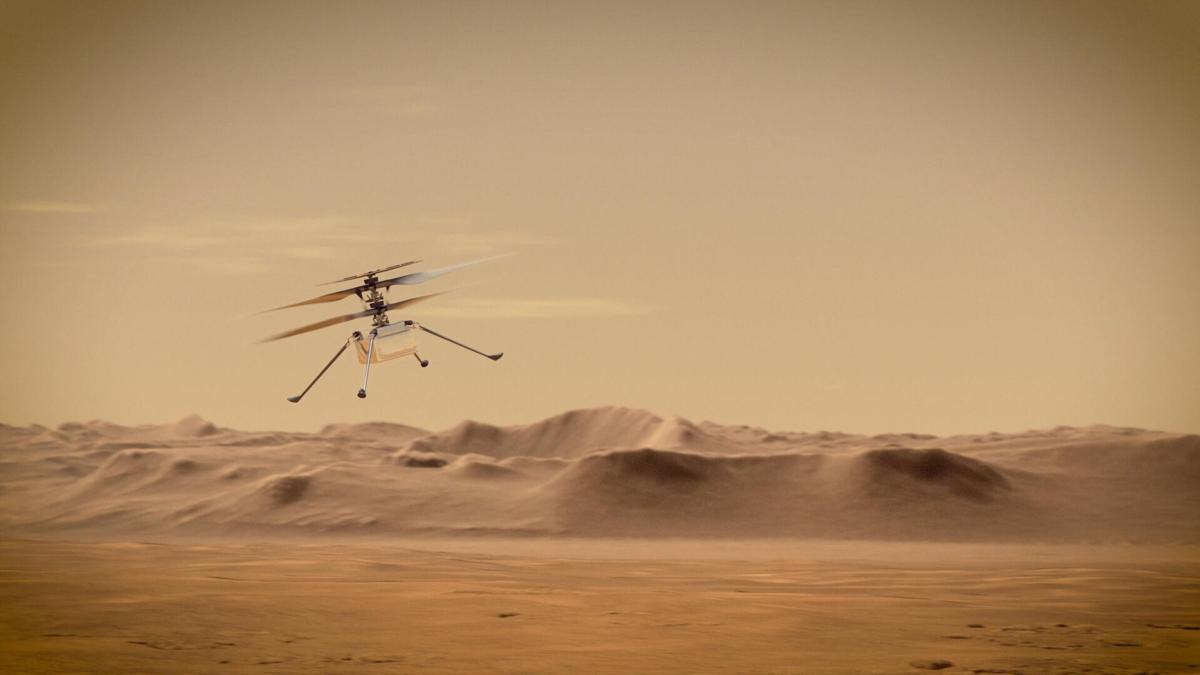 Perseverance will be able to observe Ingenuity's flight. 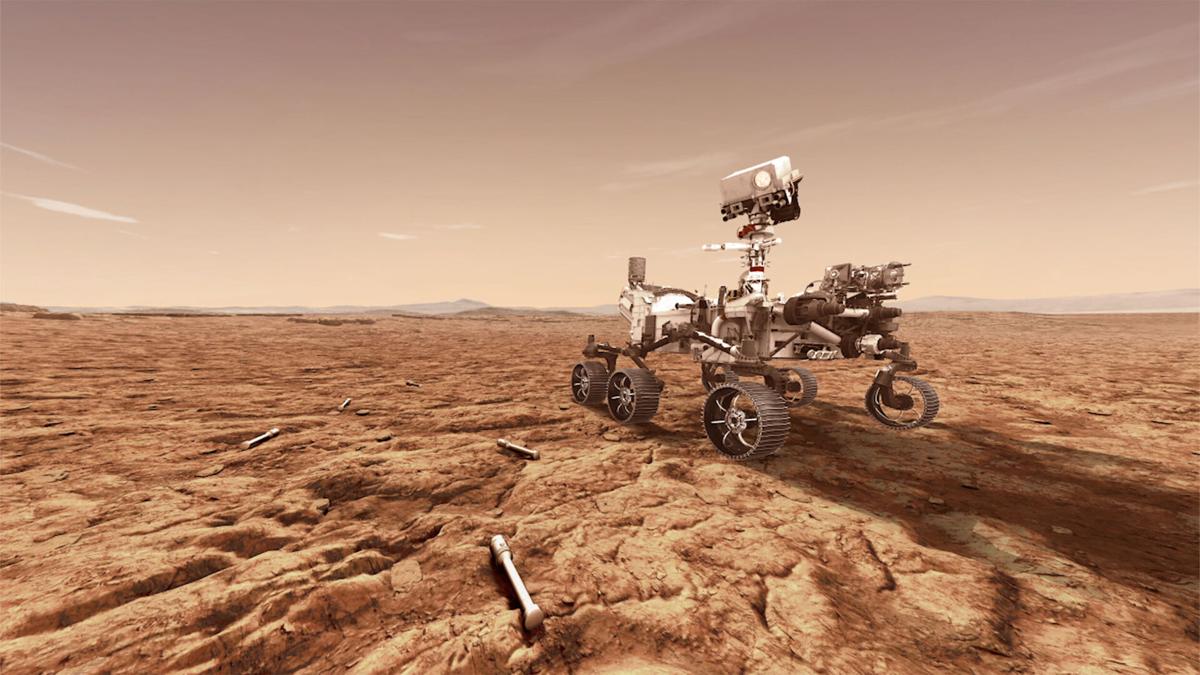 NASA's Mars 2020 rover will store rock and soil samples in sealed tubes on the planet's surface for future missions to retrieve, as seen in this illustration.