Minnesota cop will be charged in shooting of Black motorist

The Final Four is set. A recap of Tuesday's action and lookahead to what's next.
0 comments
Share this
{{featured_button_text}}

Final Four set, a question left: Can anybody beat Gonzaga

It’s not easy to bury a team as good as USC, let alone in a half, no matter how easy Gonzaga made it look. Somehow, coach Mark Few called it in advance.

While everyone was fixating on the top-seeded Bulldogs’ make-it-rain offense, one reporter took the opposite tack. He asked Few the day before their game against the high-flying Trojans whether his defense was getting lost in the shuffle. He replied like he’d been waiting days for that question.

“I think,” Few said, “we’ve had some excellent, I mean, off-the-chart performances, and some terrific halves.”

Gonzaga’s defense dropped one of those like an anvil on No. 6 USC in Tuesday night’s Elite Eight contest. Michigan, the bracket’s other No. 1 seed in action, played decent defense against everyone in a UCLA jersey except No. 3, Johnny Juzang, and man, did he make them pay.

The Zags won’t make that mistake when they face the Bruins in one Final Four matchup come Saturday with the chance to extend their perfect (30-0) season. Baylor, the other top seed still standing and the likeliest giant-killer left, plays No. 2 Houston in the other. Read more:

Final Four set, a question left: Can anybody beat Gonzaga?

Quite a show: Zags stay undefeated with 85-66 win over USC

Juzang sends No. 11 seed UCLA past Michigan to Final Four 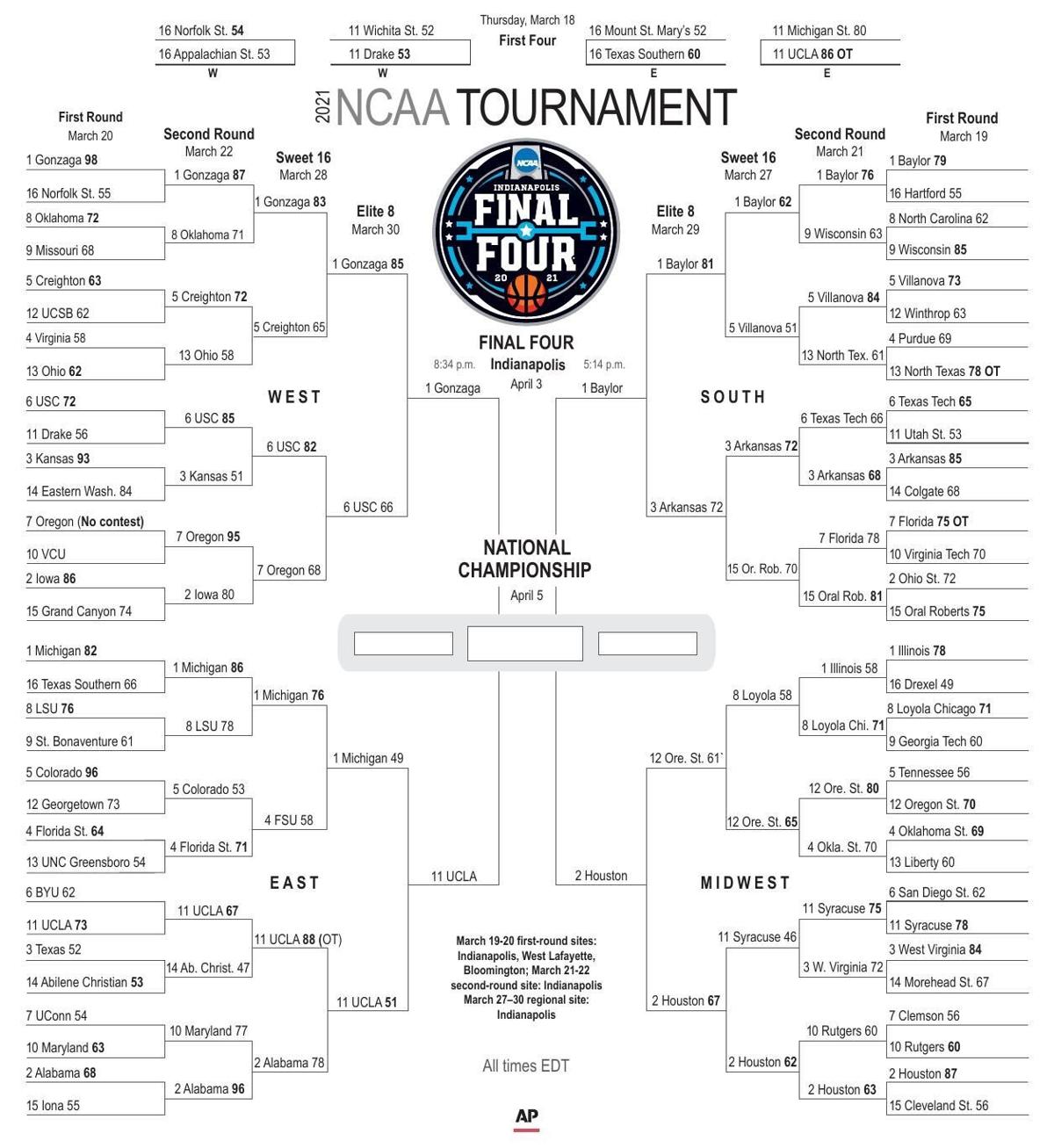 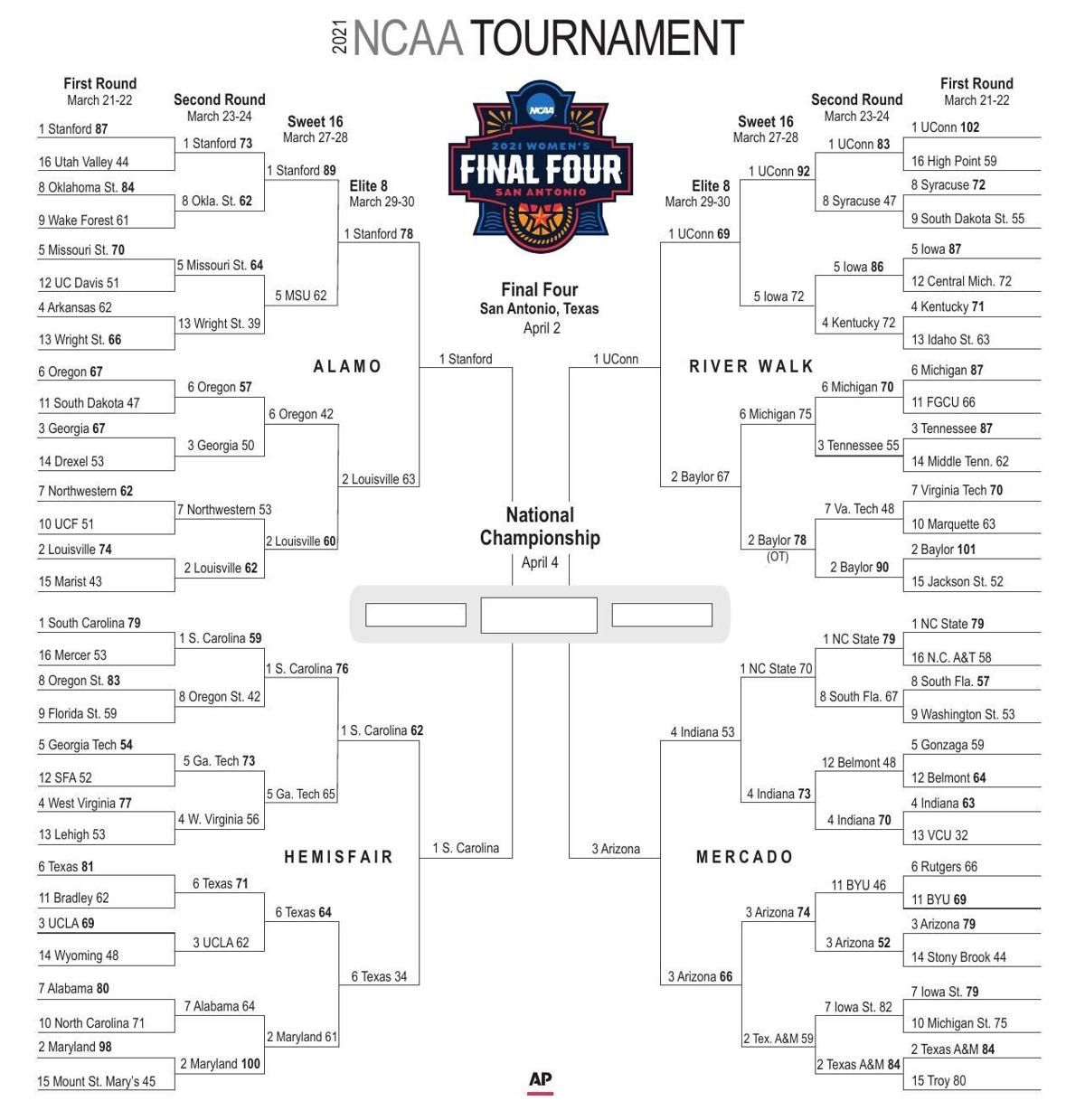 Scenes from the men's and women's Elite 8 play:

Woman with world's longest nails cuts them after nearly 30 years

The Texan who had the world's longest nails grown by a woman can finally open a door without fear after cutting them.

The gunman who killed five people including a prominent doctor in South Carolina was former NFL player Phillip Adams, who killed himself early Thursday, according to a source who was briefed on the investigation.

Student fired at officers at Tennessee school, was killed

Multiple people including a police officer were shot Monday at a high school in the east Tennessee city of Knoxville, authorities said, adding that the scene had been secured.

Ten months ago, Donita Wiley Madison seemed to make a tremendous recovery from COVID. But the virus got her in the end.

President Joe Biden announced a half-dozen executive actions Thursday aimed at addressing gun violence across the nation that he called an “epidemic and an international embarrassment."

Third dose of COVID-19 vaccine being tested to fend off variants. Plus, today's virus updates.

Dozens of Americans are rolling up their sleeves for a third dose of COVID-19 vaccine — this time, shots tweaked to guard against a worrisome mutated version of the virus.

One person was killed and four people were wounded Thursday in a shooting at a cabinet-making business in Bryan, Texas, police said.

The U.S. is recommending a "pause" in administration of the Johnson and Johnson COVID-19 vaccine to investigate reports of potentially dangerous blood clots.

A white Minnesota police officer who fatally shot a Black man during a traffic stop in a Minneapolis suburb and the city's chief of police resigned Tuesday.