The lawsuit seeks to strike at the core of what made Trump famous, taking a blacklight to the image of wealth and opulence he’s embraced throughout his career — first as a real estate developer, then as a reality TV host on “The Apprentice” and “Celebrity Apprentice,” and later as president.

James, a Democrat, announced details of the lawsuit at a news conference on Wednesday. The case showed up on a court docket Wednesday morning.

James said Trump “falsely inflated his net worth by billions of dollars.”

The goal, the attorney general’s office has said, was to burnish Trump’s billionaire image and the value of his properties when doing so gave him an advantage, while playing down the value of assets at other times for tax purposes.

“This investigation revealed that Donald Trump engaged in years of illegal conduct to inflate his net worth, to deceive banks and the people of the great state of New York," James said at the news conference. “Claiming you have money that you do not have does not amount to the art of the deal. It’s the art of the steal.”

James is seeking to remove the Trumps from businesses engaged in the alleged fraud and wants an independent monitor appointed for no less than five years to oversee the Trump Organization’s compliance, financial reporting, valuations and disclosures to lenders, insurers and tax authorities.

She is seeking to replace the current trustees of Trump’s revocable trust, which controls his business interests, with independent trustees, to bar Trump and the Trump Organization from entering into commercial real estate acquisitions for five years, from obtaining loans from banks in New York for five years and permanently bar Trump and three of his adult children from serving as an officer or director in any New York corporation or similar business entity registered and/or licensed in New York State.

She also seeks to permanently bar Weisselberg and McConney from serving in the financial control function of any New York corporation or similar business entity registered and/or licensed in New York State.

Alina Habba, an attorney for Trump, said the lawsuit “is neither focused on the facts nor the law — rather, it is solely focused on advancing the Attorney General’s political agenda.”

“It is abundantly clear that the Attorney General’s Office has exceeded its statutory authority by prying into transactions where absolutely no wrongdoing has taken place," Habba said. "We are confident that our judicial system will not stand for this unchecked abuse of authority, and we look forward to defending our client against each and every one of the Attorney General’s meritless claims.”

James’ lawsuit comes amid a swirl of unprecedented legal challenges for a former president, including an FBI investigation into Trump’s handling of classified records and inquiries into his efforts to overturn the 2020 election.

The Trump Organization is set to go on trial in October in a criminal case alleging that it schemed to give untaxed perks to senior executives, including its longtime finance chief Weisselberg, who alone took more than $1.7 million in extras.

Weisselberg, 75, pleaded guilty Aug. 18. His plea agreement requires him to testify at the company’s trial before he starts a five-month jail sentence. If convicted, the Trump Organization could face a fine of double the amount of unpaid taxes.

Manhattan District Attorney Alvin Bragg has been conducting a parallel criminal investigation of the same business practices at the heart of James’ civil lawsuit. That probe lost momentum earlier this year after Bragg raised questions internally about whether a criminal case was viable, but the Democrat has said it has not been abandoned.

At the same time, the FBI is continuing to investigate Trump’s storage of sensitive government documents at his Mar-a-Lago estate in Florida, and a special grand jury in Georgia is investigating whether Trump and others attempted to influence state election officials.

All of the legal drama is playing out ahead of the November midterm elections, where Republicans are trying to win control of one or both houses of Congress.

Meanwhile, Trump has been laying the groundwork for a potential comeback campaign for president in 2024 and has accused President Joe Biden’s administration of targeting him to hurt his political chances.

State law allows a broad range of civil remedies against companies committing commercial fraud, including revoking licenses to conduct business in the state, removing company officers and forcing the payment of restitution or disgorgement of ill-gotten gains.

James’ office could also seek to ban Trump from being involved in certain types of businesses, as happened in January when a judge barred ex-drug company CEO Martin Shkreli from the pharmaceutical industry for life.

In a previous clash with Trump, James oversaw the closure of his charity, the Trump Foundation, after her predecessor in the attorney general’s office, Barbara Underwood, filed a lawsuit alleging he misused its assets to resolve business disputes and boost his run for the White House. A judge ordered Trump to pay $2 million to an array of charities to settle the matter.

James, who campaigned for office as a Trump critic and watchdog, started scrutinizing his business practices in March 2019 after his former personal lawyer Michael Cohen testified to Congress that Trump exaggerated his wealth on financial statements provided to Deutsche Bank when he was trying to obtain financing to buy the NFL’s Buffalo Bills.

Since then, James’ office and Trump’s lawyers have repeatedly sparred over the direction of the investigation and Trump’s unwillingness to comply with subpoenas for his testimony and records. Trump spent months fighting the subpoena that led to his August deposition, his lawyers unable to convince courts that he should be excused from testifying because his answers could be used in Bragg’s criminal probe.

In May, Trump paid $110,000 in fines after he was held in contempt of court for being slow to respond to a subpoena James’ office issued seeking documents and other evidence. The contempt finding was lifted in June after Trump and his lawyers submitted paperwork showing they had made a good faith effort to find relevant documents.

Photos: Donald Trump through the years

'How to Get Rich'

In the Oval Office

Trump to lay out his agenda to Congress

Little Sisters of the Poor

At the Western Wall

At the White House

State of the Union

The DOJ has charged 47 people in an alleged scheme that stole $250M from a program aimed at feeding Minnesota children during the pandemic, feds say.

Worker was dead in S.C. Belk store bathroom for 4 days

The woman's cleaning cart was outside the restroom, and the store was open over those four days.

Setbacks for Trump, more tough economic news and the queen's funeral | Hot off the Wire podcast

🎧 In this week's podcast of top stories: The latest on investigations involving former President Donald Trump, the state of the economy and the funeral for Queen Elizabeth II.

Lottery officials say two people have claimed the $1.337 billion Mega Millions jackpot after a single ticket was sold in a Chicago suburb in July.

It would overhaul an 1800s-era statute known as the Electoral Count Act that governs how states and Congress certify electors and declare presidential election winners.

The Fed raised its key interest rate Wednesday by a substantial three-quarters. And more hikes are almost surely coming. Here's what to know.

A Florida highway had to temporarily close after a semi carrying cases of Coors Light crashed and turned the roadway into a silver sea of beer cans.

An executive of a vegan food company has been charged after a fracas outside a football game in which he's accused of biting a man's nose, officials said. 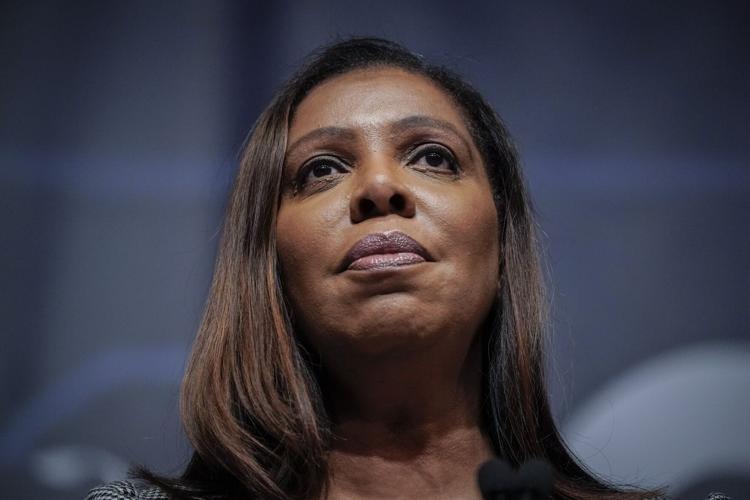 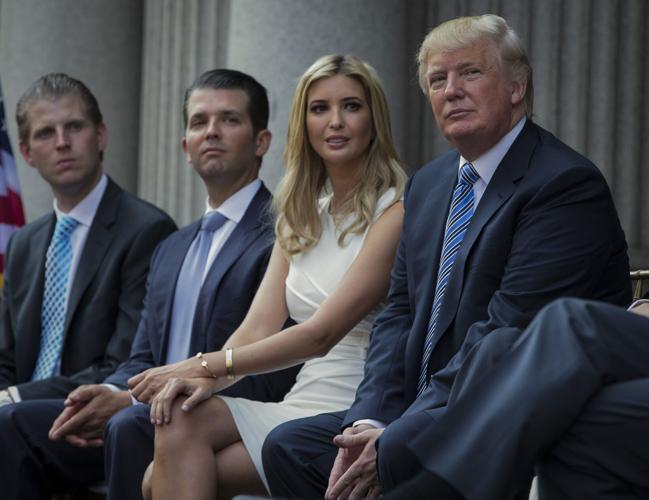 FILE - Donald Trump, right, sits with his children, from left, Eric Trump, Donald Trump Jr., and Ivanka Trump during a groundbreaking ceremony for the Trump International Hotel on July 23, 2014, in Washington.