Here are today's top stories, celebrity birthdays and a look back at this date in history:

WASHINGTON — Fearful of Donald Trump's actions in his final weeks as president, the United States' top military officer twice called his Chinese counterpart to assure him that the two nations would not suddenly go to war, a senior defense official said after the conversations were described in excerpts from a forthcoming book.

Chairman of the Joint Chiefs of Staff Mark Milley told Gen. Li Zuocheng of the People’s Liberation Army that the United States would not strike. One call took place on Oct. 30, 2020, four days before the election that defeated Trump. The second call was on Jan. 8, 2021, just two days after the insurrection at the U.S. Capitol by supporters of the outgoing chief executive.

Trump said Milley should be tried for treason if the report was true.

SACRAMENTO, Calif. — California Gov. Gavin Newsom on Tuesday emphatically defeated a recall aimed at kicking him out of office early, a contest the Democrat framed as part of a national battle for his party’s values in the face of the coronavirus pandemic and continued threats from “Trumpism.”

Newsom bolted to a quick victory boosted by healthy turnout in the overwhelmingly Democratic state. He cast it as a win for science, women’s rights and other liberal issues, and it ensures the nation’s most populous state will remain in Democratic control as a laboratory for progressive policies.

NEW YORK — Reactions to the death of Norm Macdonald, who died of cancer Tuesday at age 61.

“I am absolutely devastated about Norm Macdonald. Norm had the most unique comedic voice I have ever encountered and he was so relentlessly and uncompromisingly funny. I will never laugh that hard again. I’m so sad for all of us today.” — Conan O'Brien on Twitter.

“Every one of us loved Norm. Some of the hardest laughs of my life with this man. Most fearless funny original guy we knew. An incredible dad. A great friend. A legend. Love u pal.” — Adam Sandler on Instagram.

Click on the links below for full version of today's top stories. Keep scrolling for a look back at this day in history and today's celebrity birthdays:

Milley defends calls to Chinese as effort to avoid conflict

WASHINGTON (AP) — The top U.S. military officer on Wednesday defended the phone calls he made to his Chinese counterpart in the turbulent final months of Donald Trump's presidency, saying the conversations were intended to convey “reassurance” to the Chinese military and were in line with his responsibilities as chairman of the Joint Chiefs of Staff.

SACRAMENTO, Calif. (AP) — California Gov. Gavin Newsom on Tuesday emphatically defeated a recall aimed at kicking him out of office early, a contest the Democrat framed as part of a national battle for his party’s values in the face of the coronavirus pandemic and continued threats from “Trumpism.”

LOS ANGELES (AP) — A defiant Larry Elder conceded his fight to become California’s next governor but indicated his first campaign might not be his last. “Stay tuned,” the Republican talk radio host told supporters.

SURFSIDE BEACH, Texas (AP) — Tropical Storm Nicholas continued weakening Tuesday night after being downgraded to a tropical depression and slowing to a crawl over southeastern Texas and southwestern Louisiana, drenching both states with flooding rains.

WASHINGTON (AP) — House Democrats began the serious work of trying to implement President Joe Biden’s expansive spending plan, but getting there will require remarkable legislative nimbleness, since Biden has said the revenue to pay for it must come only from Americans who earn more than $400,000 a year.

AUSTIN, Texas (AP) — One Texas woman traveled nearly 1,000 miles to Colorado for an abortion. Others are driving four hours to New Mexico. And in Houston, clinics that typically perform more than 100 abortions in a week are down to a few a day.

NEW YORK (AP) — Reactions to the death of Norm Macdonald, who died of cancer Tuesday at age 61.

NEW YORK (AP) — Theater royalty — in the form of Kristin Chenoweth, Julie Taymor and Lin-Manuel Miranda — welcomed back boisterous audiences to “Wicked,” “The Lion King” and “Hamilton” for the first time since the start of the pandemic, marking Tuesday as the unofficial return of Broadway.

LOS ANGELES (AP) — The Dodgers are chasing the San Francisco Giants in the NL West. They caught their rival in one big way by becoming the second team in the majors to clinch a postseason berth.

IMAGE OF THE DAY

In 1963, four Black girls were killed when a bomb went off during Sunday services at the 16th Street Baptist Church in Birmingham, Alabama, an…

Body found in Wyoming believed to be Gabby Petito

Authorities say a body discovered Sunday in Wyoming is believed to be Gabrielle "Gabby" Petito.

Police on Monday swarmed the Florida home of a young man wanted for questioning in the disappearance of his girlfriend, Gabby Petito. Get the latest.

The FBI says a county coroner has confirmed that human remains found along the border of Grand Teton National Park are those of 22-year-old Gabby Petito.

Gabby Petito's family, police urge her fiancé to come forward with information about her disappearance

The latest in the investigation of missing 22-year-old Florida woman Gabby Petito, including a timeline of events.

Real estate heir Robert Durst was convicted of murdering Susan Berman, shot point-blank in the back of the head in December 2000 as she prepared to tell police how she helped cover up Durst's wife's killing.

A federal advisory panel endorsed a plan to give Pfizer booster shots against COVID-19 to those who are 65 or older or run a risk of severe disease after rejecting a plan to give extra shots to most Americans.

LAFAYETTE, Colo. (AP) — In a suburban Denver warehouse tucked between an auto repair shop and a computer recycling business, Seth Viddal is dealing with life and death.

A federal advisory panel endorsed a plan to give Pfizer booster shots against COVID-19 to those who are 65 or older or run a risk of severe disease after rejecting a plan to give extra shots to most Americans.

Pfizer said Monday its COVID-19 vaccine works for children ages 5 to 11 and that it will seek U.S. authorization for this age group soon. Get the latest. 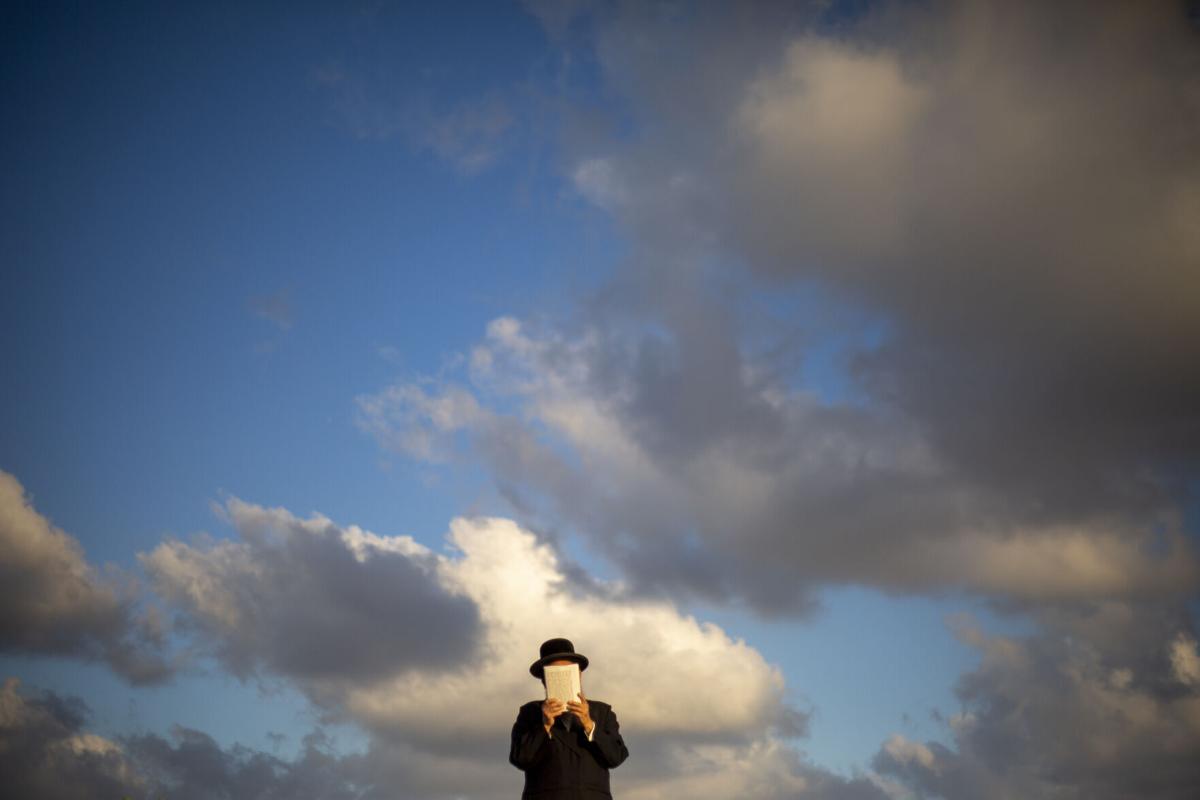 An Ultra-Orthodox Jewish man of the Kiryat Sanz Hassidic sect prays on a hill overlooking the Mediterranean Sea as they participate in a Tashlich ceremony, in Netanya, Israel, Tuesday, Sept. 14, 2021. Tashlich, which means "to cast away" in Hebrew, is the practice in which Jews go to a large flowing body of water and symbolically "throw away" their sins by throwing a piece of bread, or similar food, into the water before the Jewish holiday of Yom Kippur, which starts at sundown on Wednesday.

FILE - Norm Macdonald hosts the Canadian Screen Awards in Toronto on March 13, 2016. Macdonald, a comedian and former cast member on "Saturday Night Live," died Tuesday, Sept. 14, 2021, after a nine-year battle with cancer that he kept private. 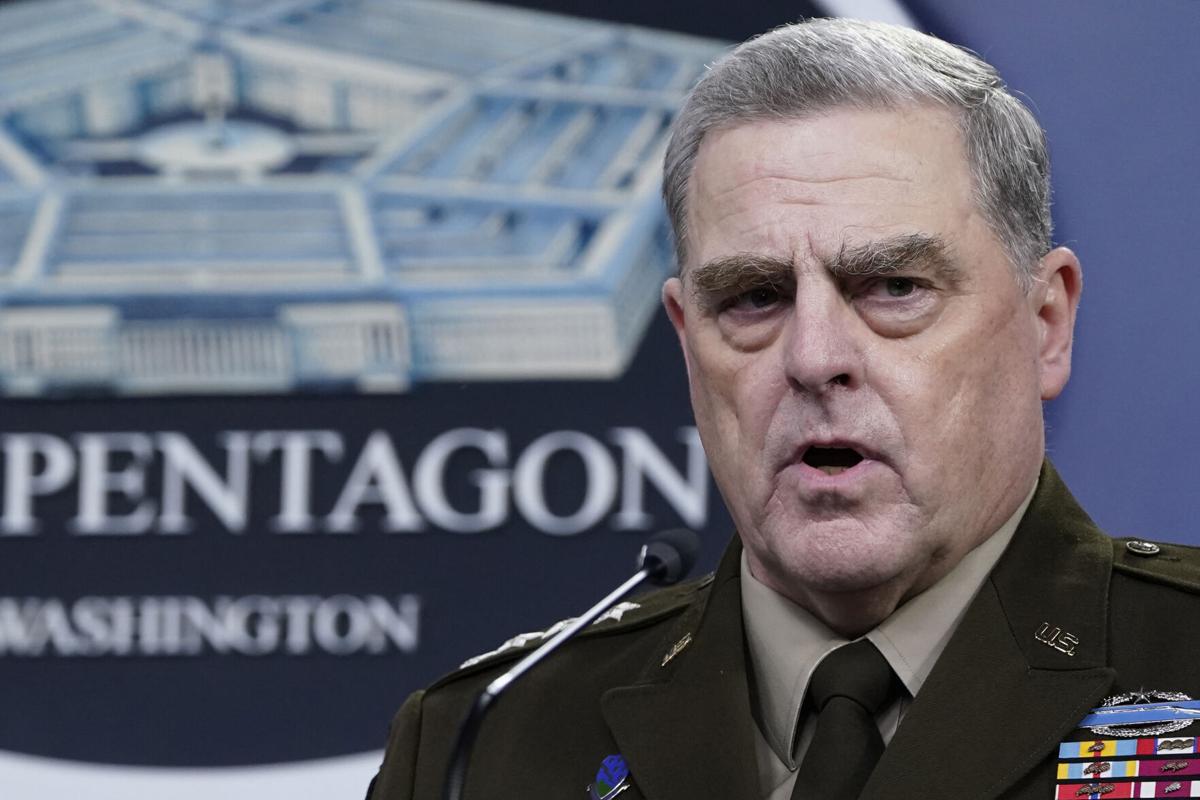 FILE - In this Sept. 1, 2021, file photo Chairman of the Joint Chiefs of Staff Gen. Mark Milley speaks during a briefing with Secretary of Defense Lloyd Austin at the Pentagon in Washington. 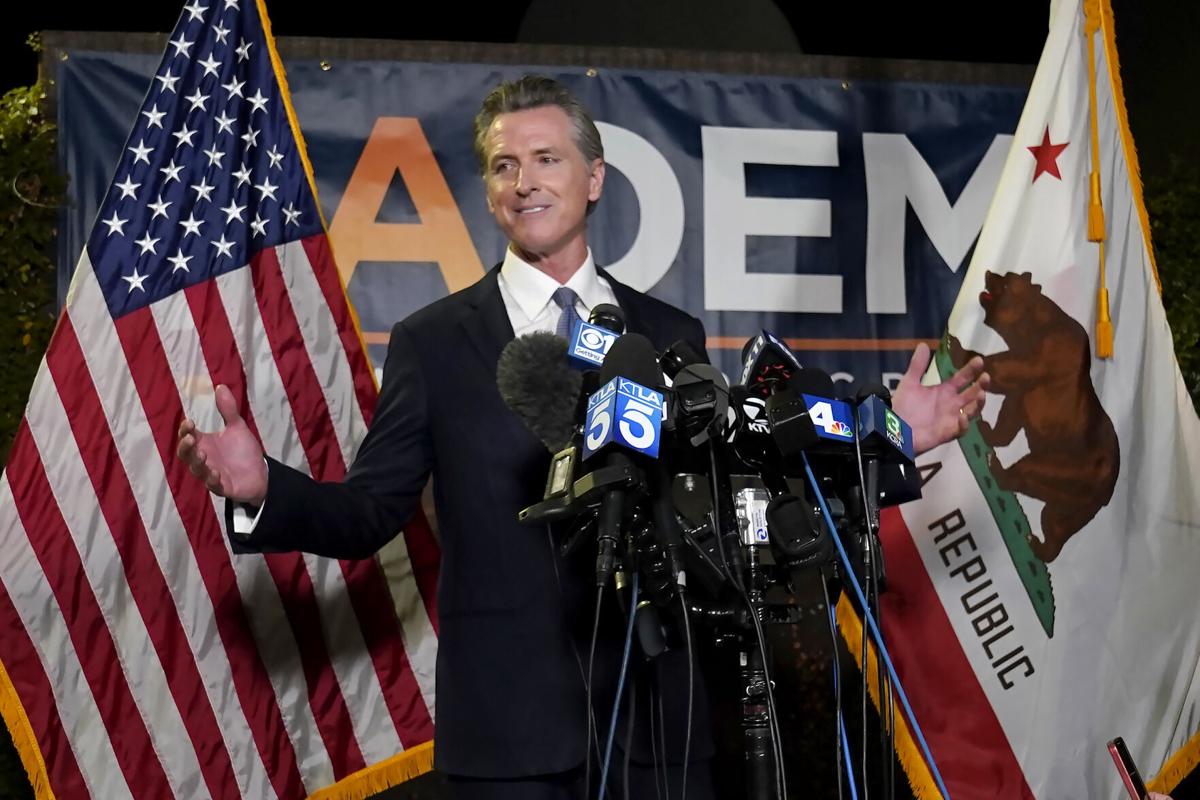 California Gov. Gavin Newsom addresses reporters after beating back the recall attempt that aimed to remove him from office, at the John L. Burton California Democratic Party headquarters in Sacramento, Calif., Tuesday, Sept. 14, 2021.