Resting with his back against a tree, a bloodied and dazed Carl Mock called 911 after being severely mauled by a 410-pound male grizzly bear on Thursday.

“I figure he was running on adrenaline,” said Chuck Mock, his father, who revealed details of the incident relayed to him by his son’s rescuers.

In Carl’s right hand he held a canister of bear spray he’d used to fend off the attack, his dominant left hand having been “chomped up” as he tried to protect his neck and head from the fierce assault. One of the bear’s teeth had punctured Carl’s skull leaving him concussed and his brain was swelling from the injuries.

“They knew he had for sure launched off his mace because there was even mace on his clothes,” Chuck said, theorizing that the bear may have attacked Carl from behind.

The grizzly, which was protecting a moose carcass stashed nearby, circled Carl as he waited for help. Unfortunately, the emergency responders were at the wrong end of Baker’s Hole Campground, about three miles north of West Yellowstone where Carl had lived the past 14 years.

After about 45 minutes, Chuck said his son called again to provide more details on his location. They then arrived 10 minutes later. A medical helicopter flight was canceled due to snow, so an ambulance hauled Carl the 115 miles to the Eastern Idaho Regional Medical Center in Idaho Falls. There he underwent extensive surgery and was placed in a medically induced coma, but on Saturday Carl suffered a stroke and was declared brain dead. The previous day, the grizzly was shot by officials investigating the incident when it charged the group of seven people.

“I kept talking to him, holding his good hand, but I never got any squeezes,” Chuck said.

A celebration of Mock’s life will be held on Saturday at the Union Pacific Dining Hall in West Yellowstone from 11 a.m. to 2 p.m.

Jerry Johnson hired Charles “Carl” W. Mock IV five years ago to work at his Backcountry Adventures snowcoach and snowmobile guiding business. The company gives tours in nearby Yellowstone National Park. Mock was friends with Johnson’s son, Keith, who set up a GoFundMe page to pay for Mock’s hospital and now funeral expenses. The page has so far raised more than $32,000 from 106 donors.

“He was a standup guy,” Johnson said. “Carl would do anything for his friends and family. He was very loyal. To me, that was his strongest attribute.”

Pam Talasco posted on her Facebook page about photographing grizzly bears with Mock last May. “He lived the life of one great outdoor enthusiast,” she wrote.

“He just lived to help people,” Chuck said. “I kind of thought, ‘How did he end up being such a nice guy?’ Cause he was a real terror to his sisters.”

One incident Chuck recalled was when Carl took his half-brother kayaking on Yellowstone Lake, towing his sibling behind him because he suffers from multiple sclerosis.

Carl was born in Provo, Utah, but grew up in Southern California, Nampa and Pocatello, Idaho. It was while living in southeastern Idaho that his father introduced Carl to Yellowstone National Park.

“He was just in awe of the place,” Chuck said.

Growing up, the father and son shared a love of camping, hunting and being outdoors.

“He was just a real outdoorsman, a mountain man if you will,” Chuck said.

“He didn’t make a lot of money,” Chuck said. “I told him, ‘You have no retirement or medical insurance.’ He didn’t care because he was doing what he wanted to and living where he wanted.”

Johnson said Mock was at the guide business until about noon on the day of the attack before unsuccessfully trying to find someone to go fishing with him.

“So he grabbed his camera and fishing pole,” Johnson said.

Whether or not Carl’s camera contains photos of the bear is “still under investigation,” according to a spokesman for the Montana Department of Fish, Wildlife & Parks.

Johnson, who is a member of the local search and rescue team, was paged to the site of the mauling and arrived to see Mock being loaded into the ambulance.

In response to the attack, the Custer Gallatin National Forest has temporarily closed the Baker’s Hole Campground and surrounding area to public use. An explosives specialist is scheduled to visit the site on Wednesday with a goal to blow the moose carcass into as many small pieces as possible, a common tactic in areas where a carcass attracts predators that can pose a threat to humans.

Before sending in the explosives expert, a drone will be flown over the site of the attack to ensure no other grizzlies or black bears are nearby, said Jason Brey, Hebgen District Ranger for the Custer Gallatin National Forest.

“If there’s a bear on site we back off and may be at the whim of Mother Nature” to clean up the carcass, Brey said.

If not, the carcass will be reduced to small pieces making it less attractive to a large predator and leaving birds and other scavengers to clean up the moose remains.

“The goal is to help mitigate the hazard,” Brey said. “It lessens the risk on a sooner scale. We’ll still keep the area closed a couple of days, but if we’re successful it puts it on a shorter time frame.”

After Carl was declared brain dead, Chuck consulted with his daughters, Tiffany Mock-Cook and Lindsay Russell, about donating Carl’s organs. They agreed and Carl was flown to a hospital in Utah where surgeons removed his liver, heart, both kidneys and pancreas.

“He’s helped other people continue to live with his organ donations.”

What you need to know to stay safe in bear country

Chances are if you recreate in Montana you've shared the place with bears. Watching bears in their natural environment from a safe, respectabl… 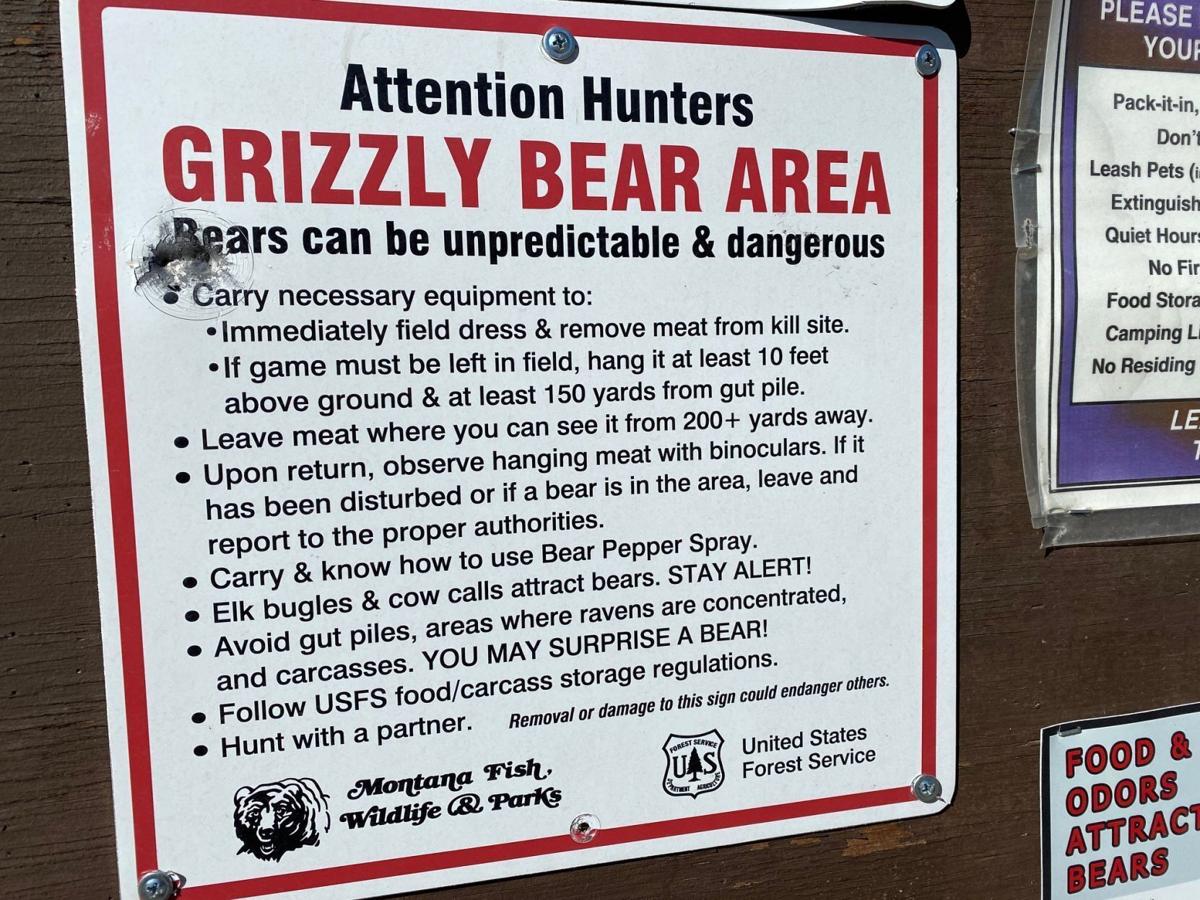 A sign at a trailhead warns hunters to take precautions in grizzly bear country. 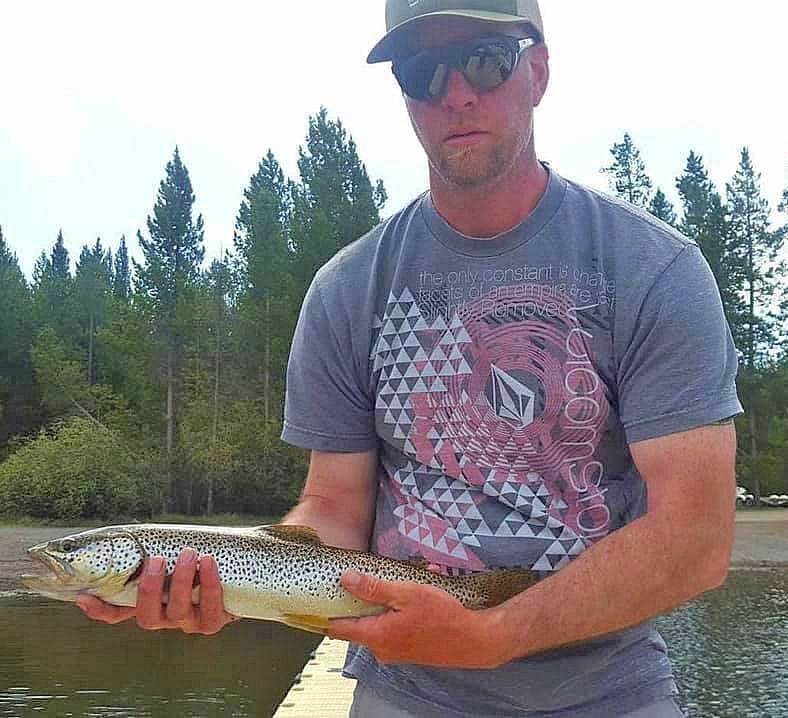 West Yellowstone resident Carl Mock died on Saturday after being mauled by a grizzly bear while fishing along the Madison River on Thursday. Officials later killed the bear when it charged investigators. The adult male bear was defending a moose carcass it had been feeding on.