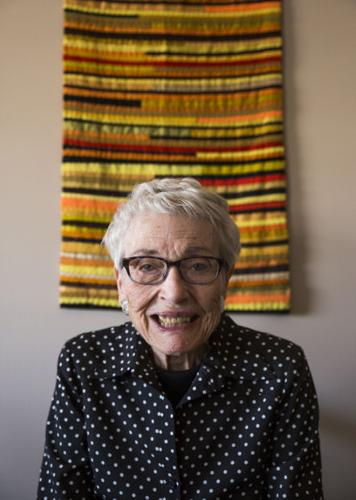 Nan Graf, inside her downtown Lincoln apartment Saturday. The 87-year-old taught yoga in Lincoln for more than 40 years but recently broke her hip. 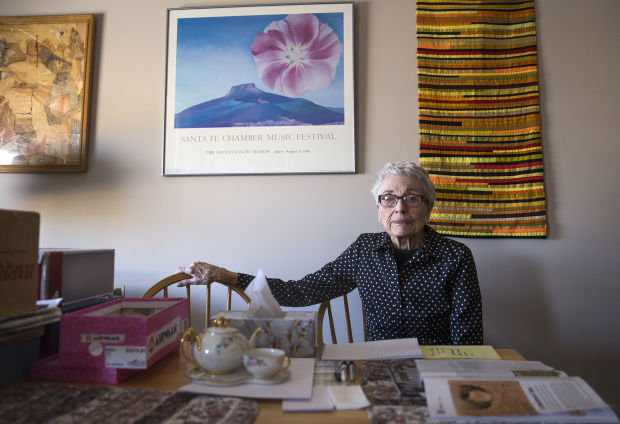 Nan Graf sits inside her downtown Lincoln apartment Saturday. Graf, 87, taught yoga for over 40 years but recently broke her hip and is moving to Colorado. 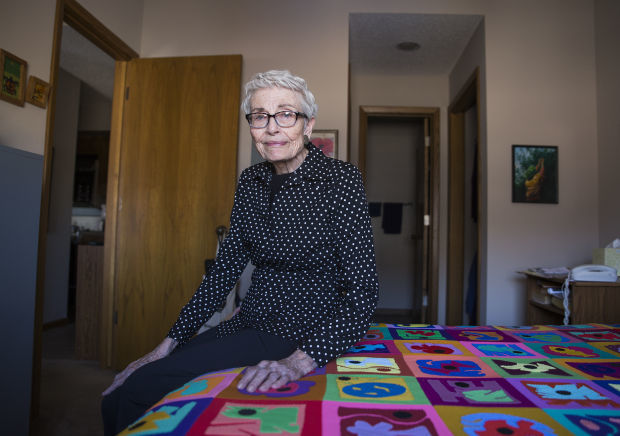 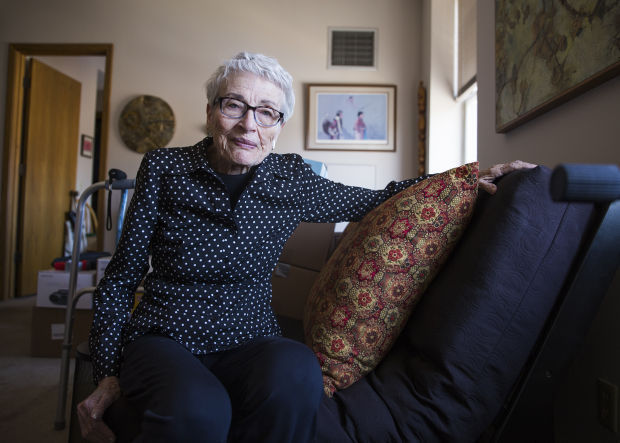 Nan Graf inside her apartment in downtown Lincoln,

Nan Graf can’t get on the floor anymore.

Actually, she can get on it fine, just not off of it.

Her left hip — replaced in December — won’t allow it. She walks with a cane, mostly -- a blue one because that’s her favorite color and it matches most of her outfits. She occasionally uses a walker, but mostly when hauling laundry down the halls of her downtown apartment building.

At 87, Graf is thin, but she stands tall. Her voice is strong, her speech articulate, and her stories overflow with remembered names that bring glimmers of nostalgia to her pale blue eyes.

If she could, she’d start her mornings in a yoga pose on the floor, her breathing deep and relaxed. But since that December day when she fell while crossing O Street, her mornings start with yoga in bed -- a few slow stretches and a moment of meditation.

After the fall, Graf’s friends and family kept asking when she’d teach yoga again. She’d always said she wouldn’t retire before age 90. Her answer to them was simple: “Well, I can’t get off the floor.”

But yoga can be practiced in a chair. So she’ll teach that, twice a week, to the Colorado retirement community she’ll be moving to in late April.

“Yoga has been a part my personal spiritual journey,” she said. “I’m ready for the next journey and to awaken to new things.”

Graf has given away all of her yoga magazines and has started to pack her books and art. The process of emptying her shelves and filling the boxes has brought waves of memories from her 60 years in Lincoln.

Graf grew up a California girl -- an only child raised under the belief that boredom was a sin.

She loved books; loved reading. She studied English at Stanford, finishing her undergraduate degree in 1949. She earned her master’s degree there before coming to teach English at the University of Nebraska-Lincoln for a few years. She got her Ph.D. there and spent the next 28 years teaching at Nebraska Wesleyan.

She didn’t think she’d be teaching yoga. But now, after four decades of leading classes, she can’t imagine her life or her health without it.

“I think yoga can help everyone relax,” she said.

Graf took her first yoga glass at the south branch YMCA back in 1967. She’d had polio when she was 3 years old. The disease left her right leg shorter than her left and caused a misalignment that led to later problems.

That first day of yoga felt so good, and it’s felt good ever since.

Graf went on to teach yoga at the YWCA, the YMCA and First Plymouth Church.

When Graf broke her hip, she worried about getting someone to replace her at the church, but then she thought of Kerry Amend.

Kerry had been at every Tuesday class since 2009. As the director of accounting for Runza national, her winter months are busy. She worked weekends so she could leave work early on Tuesdays to drive all the way across town to find a few moments of relaxation and to follow Graf’s lead.

“She’s such an inspirational woman,” Amend said. “I’m 40 years younger than her and when I watch her, I realize that I can do more than I ever thought I could.”

So when Graf asked her to take over the classes, Amend gladly agreed. Now a few months in, she said, she hears herself using some of the same phrases Graf did: beginning each class with “Don’t do anything you aren’t comfortable with” and ending each class with a slow stand, head bow and a sincere “namaste.”

Colorado is just the next part of her journey, Graf said. She’s sad to say goodbye to Lincoln but looks forward to spending more time with her four children and four grandchildren.

As she’s packing up -- all the books, all the pieces of art that each have a story — she thinks about the Tibetan Buddhist’s philosophies on change. In life there are many stages. Growing old is just one of them.

She thinks about her father’s words, “When you are in your 80s, you can do whatever you want.” Barring poses on the floor and walking without a cane, that’s exactly what she’ll do.

In Colorado, looking out the window of her apartment at the mountains, Graf will begin each day like she has for half of her life -- a slow sun salutation.

As she lifts her arms, she’ll remind herself of the mantra:

Once a shooting victim, nurse uses experience to help patients

When he died in January of last year, Dale Larkins carried with him the vivid recollections of one of the most unusual events in American history, one destined to be flogged for decades in print, television and on the Internet, conflicting accounts and angry arguments for half a century that probably will persist long into the future.

Ellen Kopetzky is your normal college freshman most of the time -- new friends, general education classes, frequent phone calls with Mom and Dad.

Life after sight on an organic farm

BRUNO -- Mike Ostry misses rising before the sun to get a head start on the day’s work. He misses riding his 1970s-era International Harvester…

Yoga instructor and activist Graf remembered for bringing people together

What is the Florida Python Challenge?

Nan Graf, inside her downtown Lincoln apartment Saturday. The 87-year-old taught yoga in Lincoln for more than 40 years but recently broke her hip.

Nan Graf sits inside her downtown Lincoln apartment Saturday. Graf, 87, taught yoga for over 40 years but recently broke her hip and is moving to Colorado.

Nan Graf inside her apartment in downtown Lincoln,