As Keith Knoop pushed through all of the procedures to repair his right leg torn apart by a roadside bomb in Iraq nearly a decade ago, he didn’t know if he would walk again.

For Knoop, a top athlete in his Army Reserve unit and someone who has always had a thirst for adventure, it felt like hitting rock bottom.

"It brought me down to my lowest point," the Lincoln man said recently.

Knoop, now 32, spent months recovering in a Texas military hospital. The blast tore apart his right leg, shattering his femur, knee and hip and resulting in major blood loss. He also endured a brain injury that affected his memory and ability to think clearly, he said.

For almost a year, Knoop moved around in a wheelchair, each of the multiple surgeries followed by months of physical therapy.

"It was extremely painful," he said. "But I just gotta do it."

And after the long road to recovery was complete, he promised to never take life for granted.

Though he still endures pain, Knoop said he strives to seize any opportunities for adventure, whether it be working out at the gym, running a marathon or climbing California’s Mount Whitney.

Now, Knoop is set to fly across the world to compete in the revival of a reality survival show. "World’s Toughest Race: Eco-Challenge Fiji" will play out Sept. 5-25 on the volcanic island known for its cliffs, ocean, dense jungles and remote villages.

The expedition race produced by Mark Burnett, the man behind the CBS hit "Survivor," will stream on Amazon Prime in 2020.

The race will consist of teams who must navigate extreme obstacle courses, ranging from jungle trekking, rappelling, rafting and mountain climbing, according to the show's website.

The four-person teams will have no access to cellphones or GPS devices. If one member quits, the whole team will be off the show.

Knoop, who now works for U.S. Citizenship and Immigration Services, said he’s never been to Fiji, so the trip will be a new experience as well as an opportunity to push his limits.

Knoop has been preparing for the competition since the beginning of the year.

He said he spends almost every day working out at the gym for two to three hours. He’s also traveled across the country to practice his skills as a mountain climber, rappelling and navigating water crossings with other members of his team.

Among the friends and family supporting him is his brother Kenneth.

Kenneth, who also served in the Army Reserve, said he has always been Keith's biggest cheerleader. After Keith was back on his feet, they both competed in a special, all-military edition of the NBC television show “American Ninja Warrior."

Some days, the identical twins exercise together, perhaps biking or running with a weighted vest.

“Everything we do is kind of for each other," Kenneth said. "As long as one of us is succeeding, we both feel like we are."

That's why Kenneth is proud of his brother's willingness to take the once-in-a-lifetime opportunity after having gone through a near-death experience.

“After his injuries and nearly dying, he's very motivated and dedicated," Kenneth said. "In his mind, the only option is to succeed." 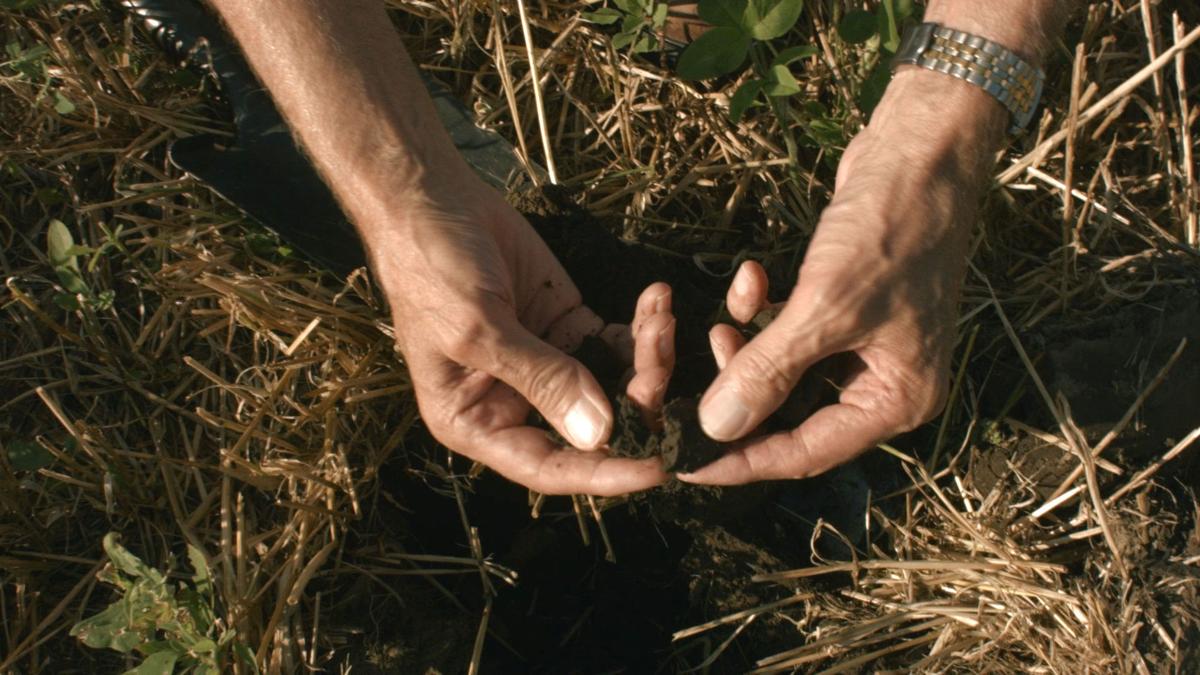 Cindy Lange-Kubick: From reality TV to real life in Nebraska — the filmmaker, the farmer, the movie

The filmmaker wants to know if I want the long version of the story behind her first documentary. 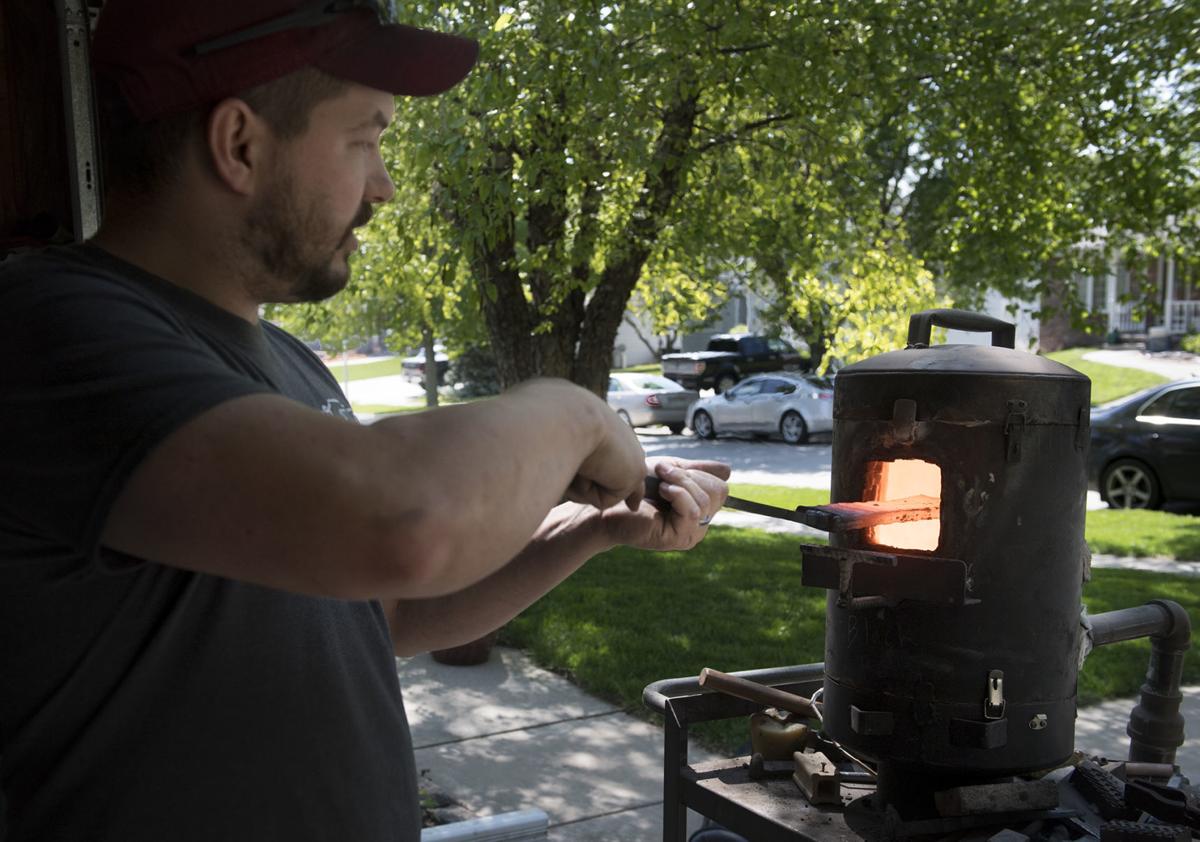 The first time Garrett Elting was asked to appear on History Channel's "Forged in Fire" was a few years ago. 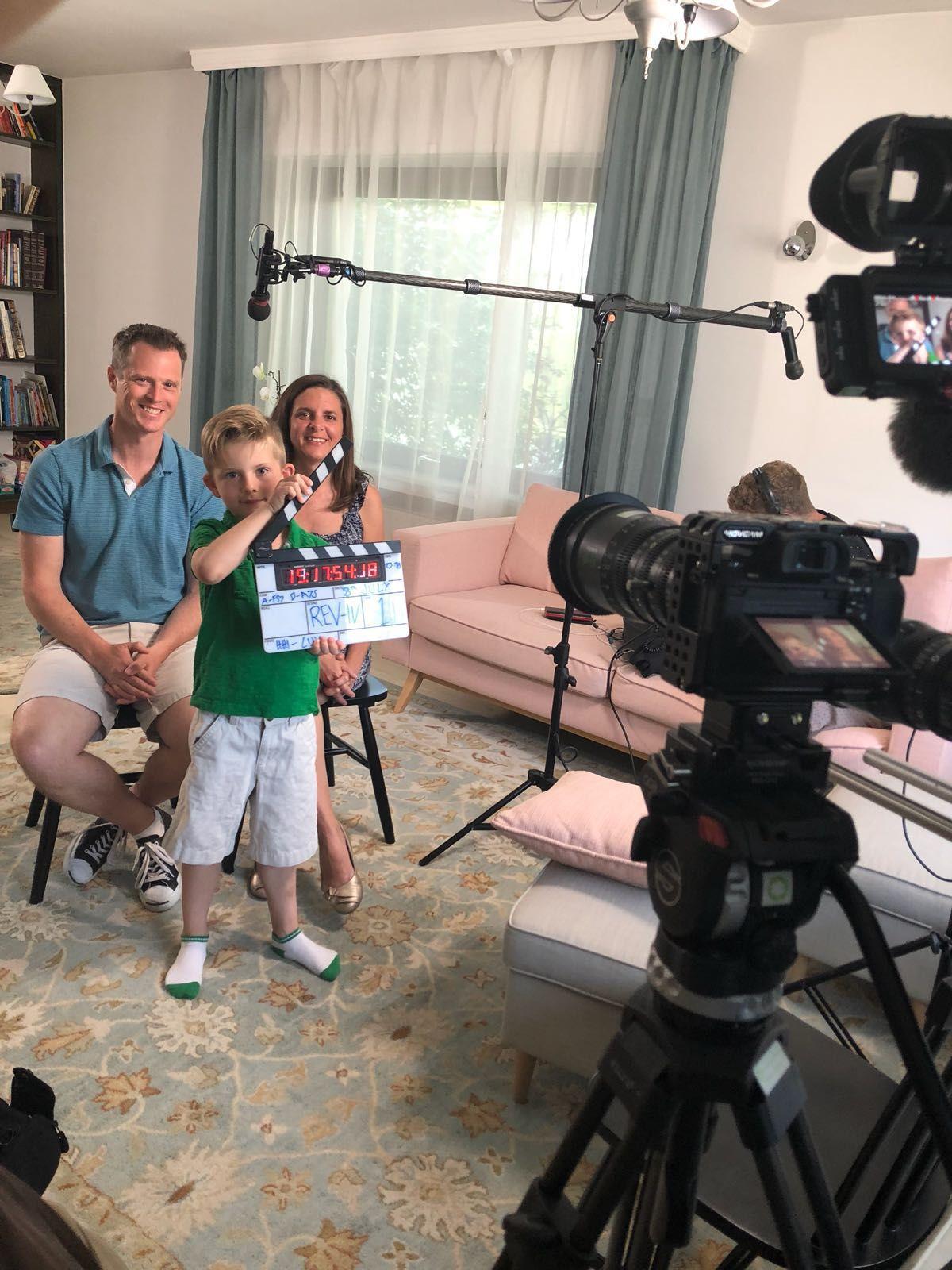 Lincoln natives to be featured on HGTV's 'House Hunters International'

Troy and Brandy Bishop had long dreamed of moving abroad. When a realistic chance arose, taking them to the European nation of Luxembourg, the Bishops looked to fulfill a second dream in the process: Make it onto HGTV's hit show "House Hunters International." 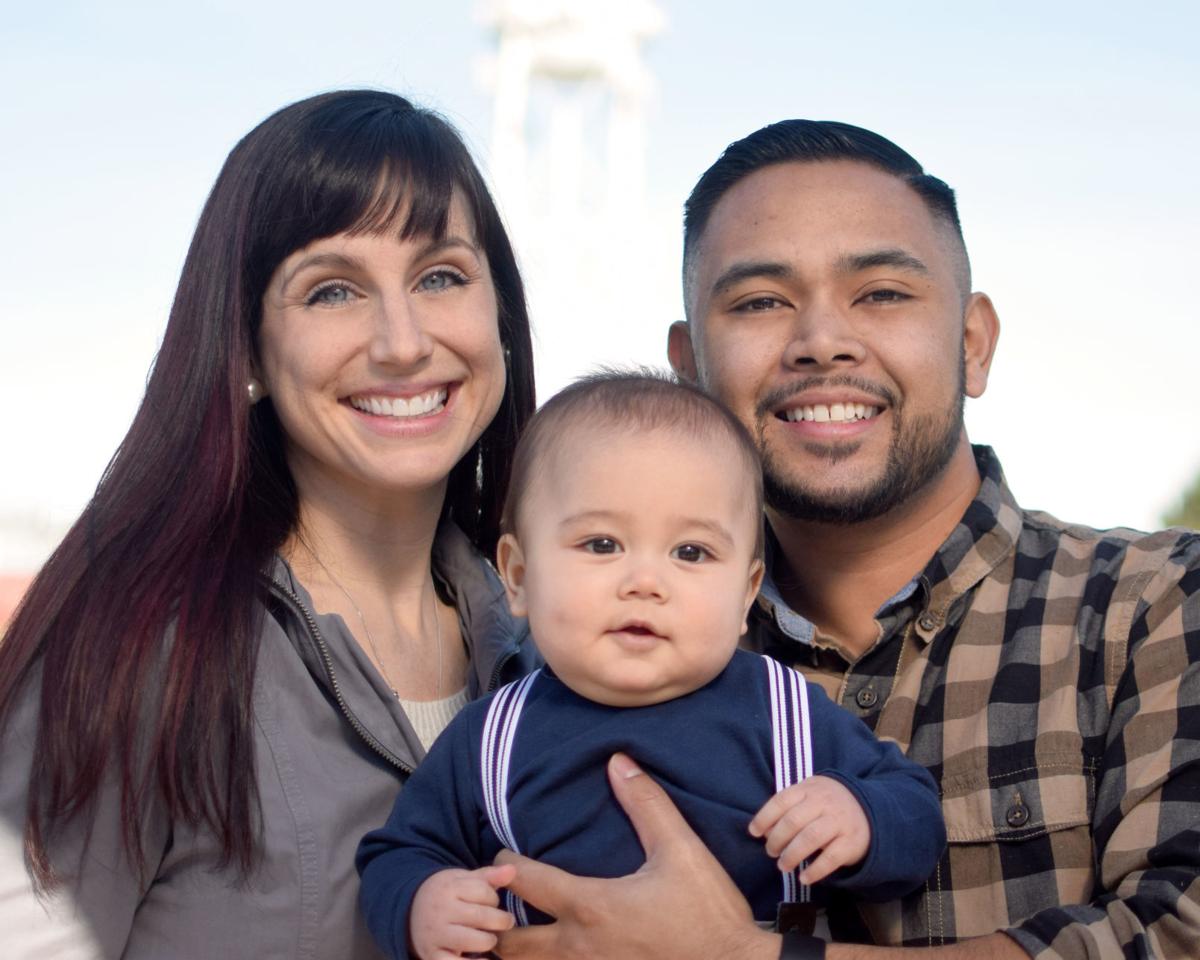 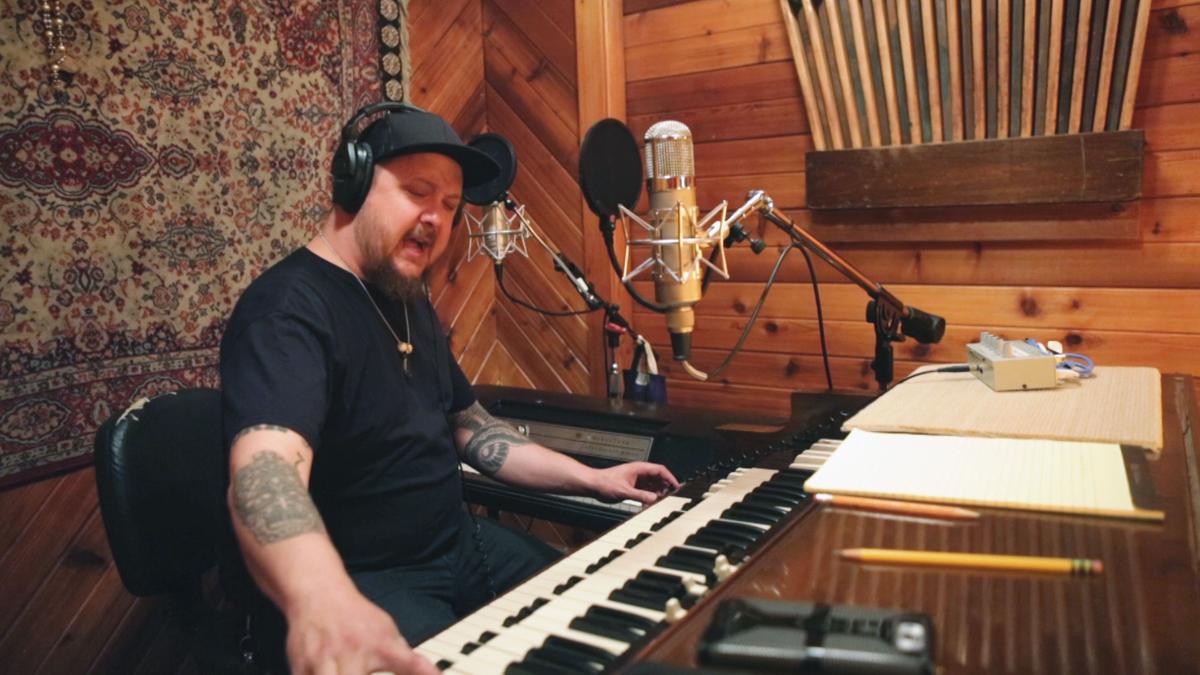 Josh Hoyer on 'The Voice' and his trip to Europe

Josh Hoyer can’t say much about being on “The Voice.” 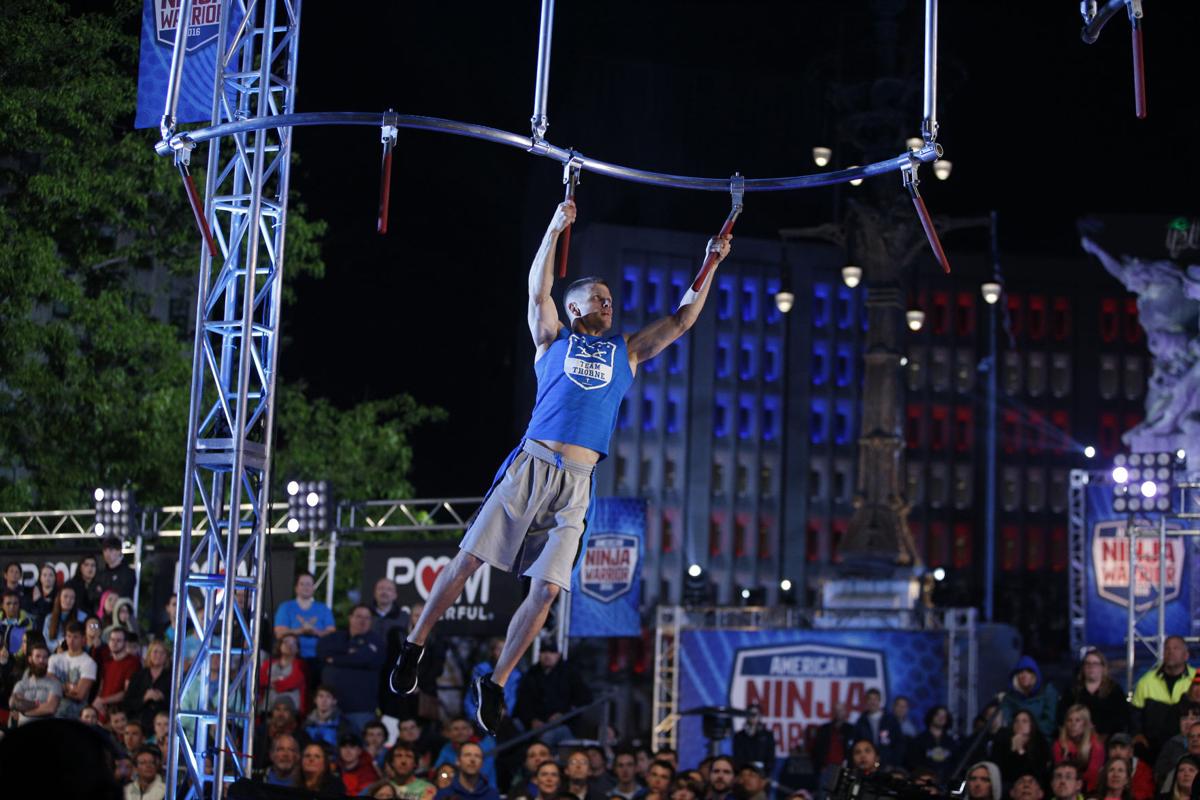 Fred Thorne had his wife, Maggi, and their three children in Indianapolis to cheer him on during Tuesday night’s episode of NBC’s “American Ninja Warrior,” but it wasn’t enough. 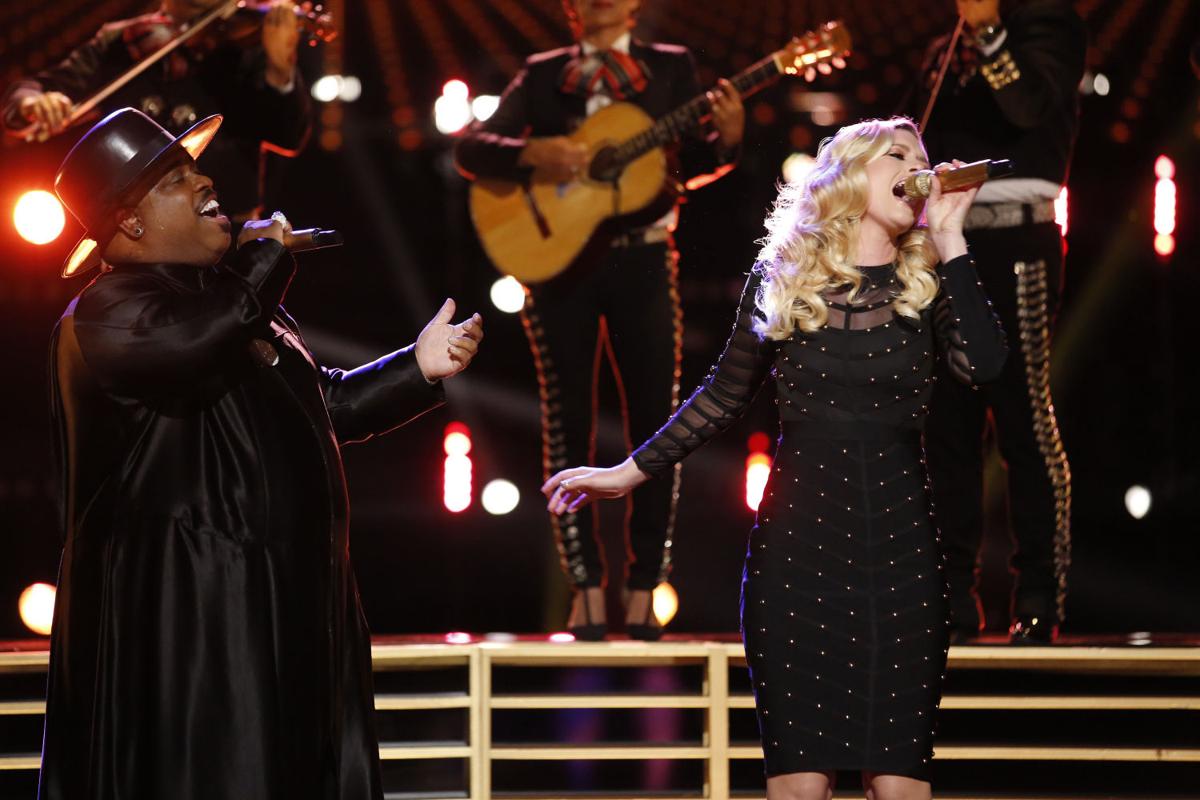 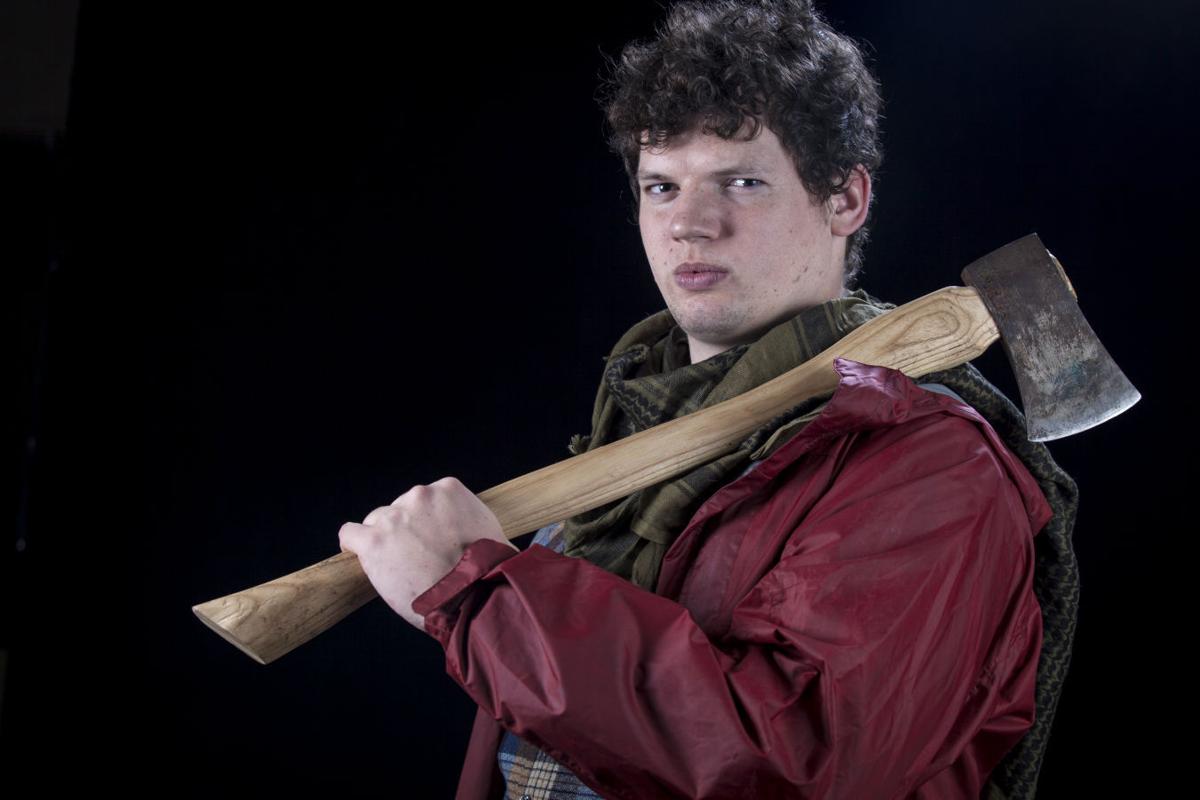 On his 54th day in the Vancouver Island wilderness, one in which whipping, frigid wind confined him to a tarped tent that kept flapping in his face, Sam Larson appeared to reach his breaking point on the final episode of “Alone.” 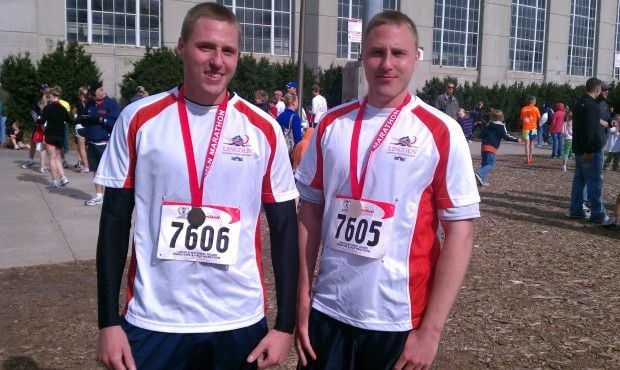 Nebraskans will have another rooting interest on “American Ninja Warrior” this summer. 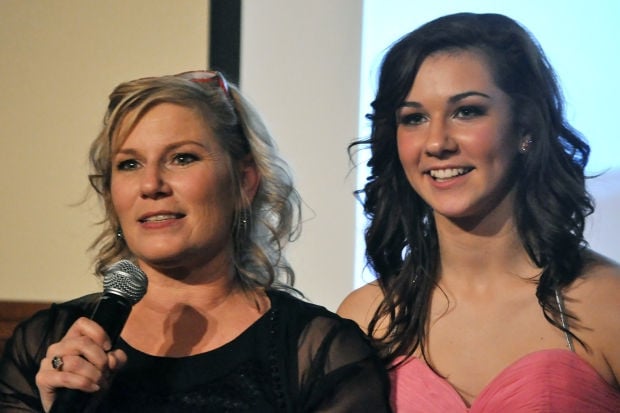 She kept her win on "Abby's Ultimate Dance Competition" a secret for six months. 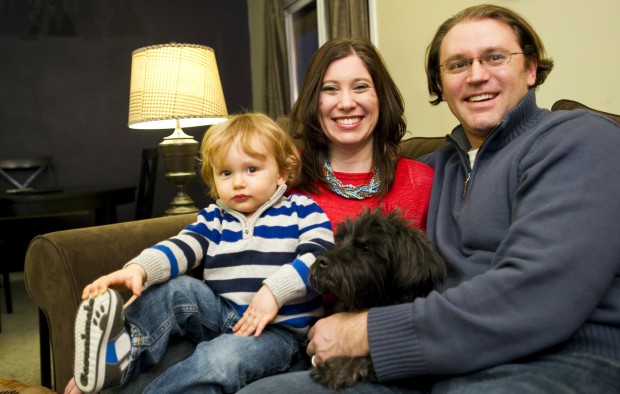 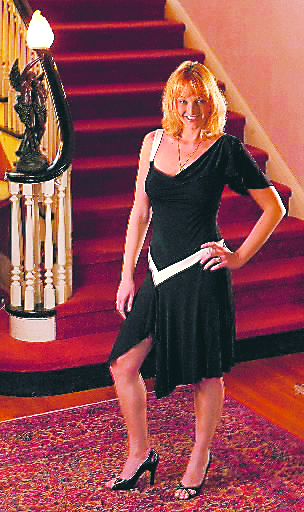 After work, Candace Sturgeon flipped on her VCR. More than 11 million people had watched an hour earlier as the past few months of her life played out on ABC’s "Extreme Makeover." 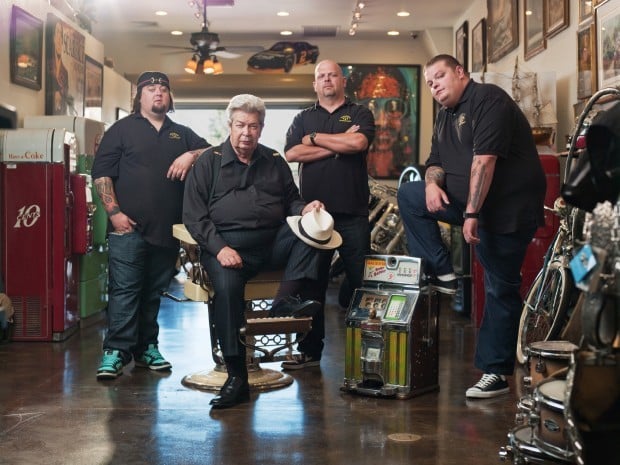 Two grandson, one a Lincoln attorney, will be on the History reality show with a letter their grandfather received from Knute Rockne not long before the famous coach died. 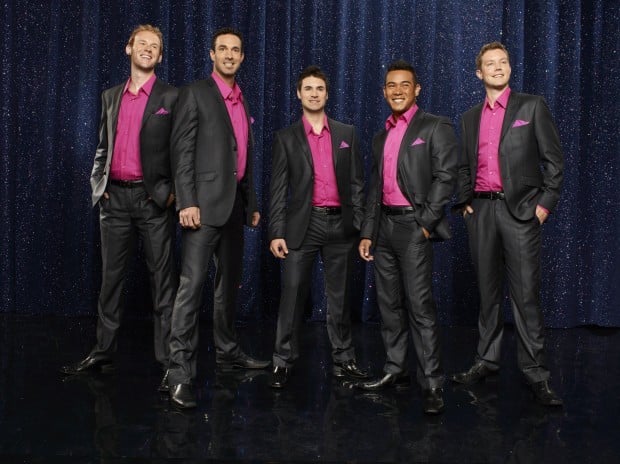 Lincoln native happy to sing, compete on NBC's 'The Sing-Off'

The Cat's Pajamas calls its transportation the "Sunshine Van." 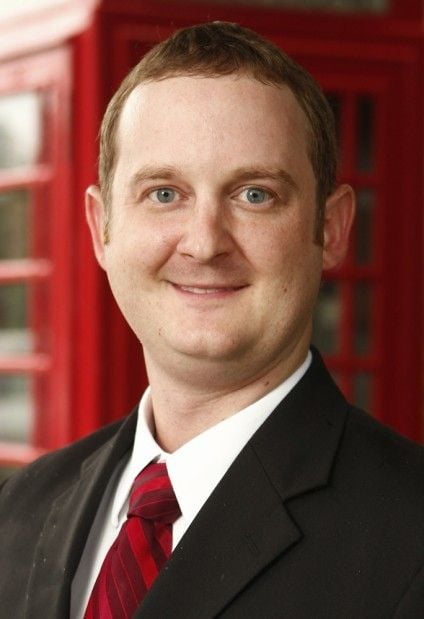 Matt Ellis was a senior political science student at UNL when Lee moved in with him in 2004. Soon, the Scottsbluff native and part-time bartender was a co-star in "Tommy Lee Goes to College," which followed the Motley Crue drummer while he and Ellis sampled UNL's social and academic scenes. 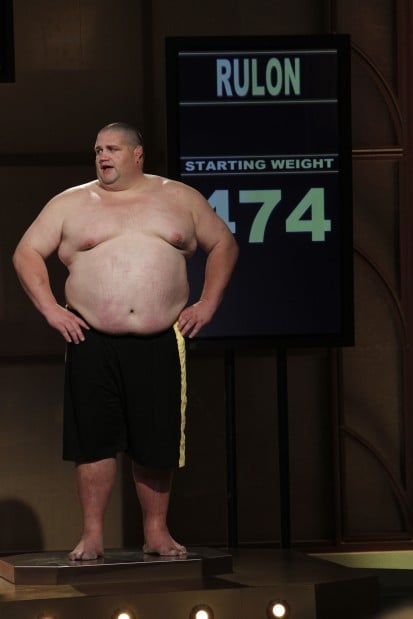 As NBC's "The Biggest Loser" nears its conclusion, the departure of former Husker wrestler and Olympic gold medalist Rulon Gardner still has me scratching my big, bald head. 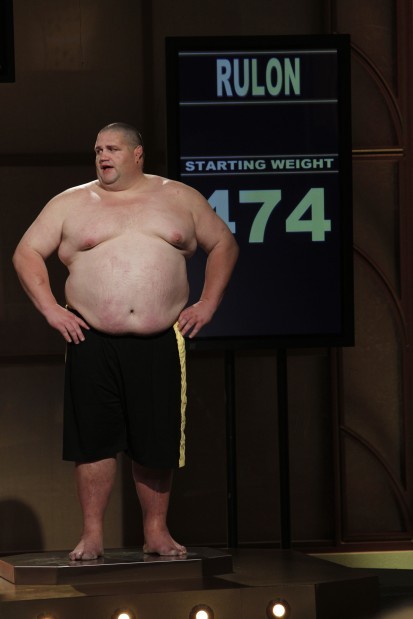 Olympic gold medalist Rulon Gardner weighed 264 pounds when he retired from wrestling in 2004. When TV viewers see him Tuesday night on NBC's "The Biggest Loser: Couples," he'll tip the scale at 474 pounds.

The Lincoln Marathon draws plenty of supporters to the streets.

Twin brothers, one wounded in line of duty, finish half-marathon

Every so often, a piece of shrapnel forces its way through Keith Knoop's skin from inside his right leg, his body rejecting a memento of his s…

Lincoln man grills shrimp with A-listers on 'Kelly and Ryan'

Kristy Jahnke wrote her daughter, Leigh, a special note in the back of her West Point-Beemer High School senior yearbook.

Lincoln's Sam Larson after 'Alone' win: 'It kind of felt like 'The Walking Dead,' all these people coming toward me.'

The crowd at the Railyard grew quiet at the end of Thursday night's finale of the History Channel's survivor series "Alone."

U.S. Navy veteran Rachel Wells was somewhat shocked when she was contacted about receiving a Quilt of Valor, made by Lancaster County 4-H youths.

A mother of two, Sarah Bredthauer beamed as her sons, husband and parents joined other military families Saturday to welcome back Bredthauer a…

On Tuesday, Sun Valley announced the largest expansion and renovation project in its history. The $4 million project will add many entertainment options not available now, including laser tag, miniature golf and sand volleyball.

Sky's the limit: Jumping out of planes never gets old for Lincoln group

Longtime skydiving enthusiast Dan Meyers is a self-proclaimed adrenaline junkie. But as he explains, most skydivers are. 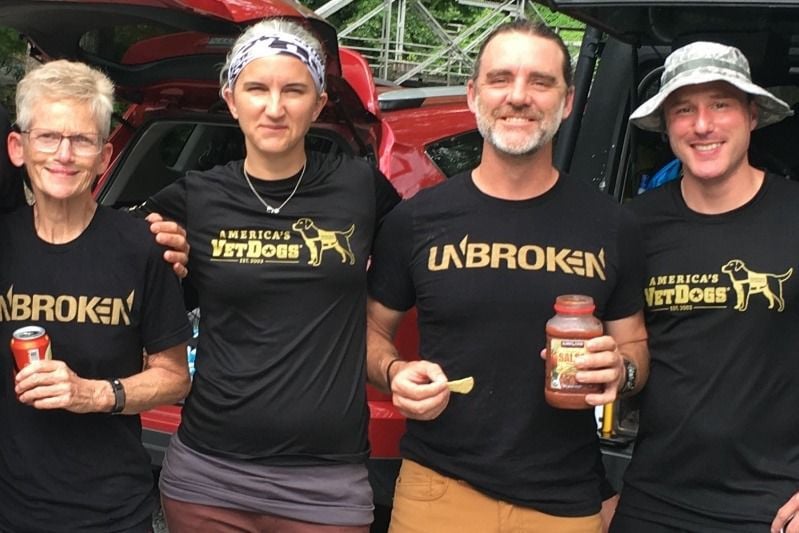 Lincoln resident Keith Knoop (right) will be part of the Unbroken team competing in the "World's Toughest Race: Eco-Challenge Fiji," a reality show set to air on Amazon Prime next year. 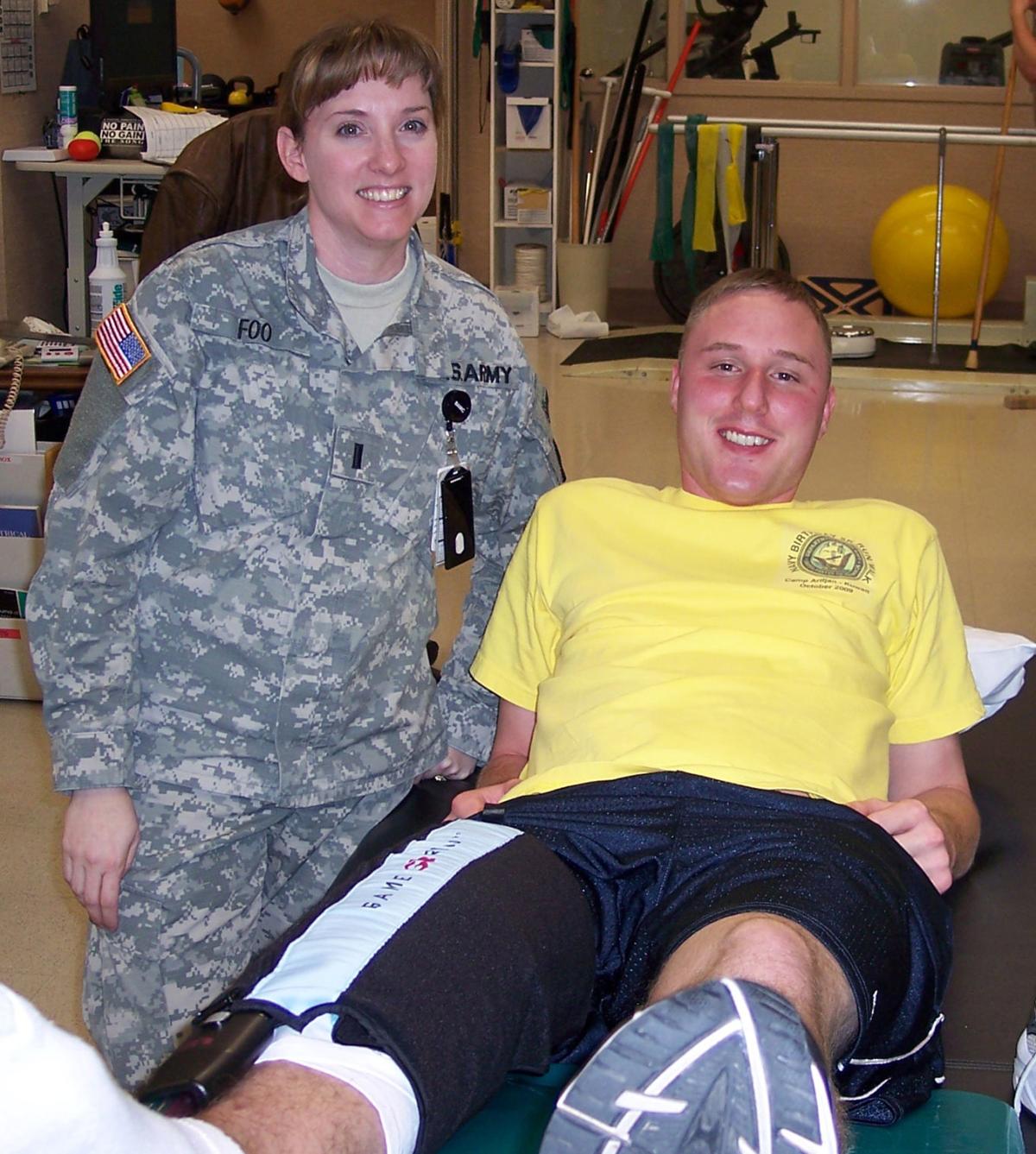 Keith Knoop rehabs at Brooke Army Medical Center in Texas in 2010. He was injured when his truck hit a roadside bomb near the Iraq/Kuwait border. Shrapnel filled the truck, shattering Knoop’s right femur and destroying his knee. He and his brother, Ken Knoop, had been training to run the Lincoln Half Marathon. At left is Lt. Shannon Foo, Keith’s former physical therapist in Texas.