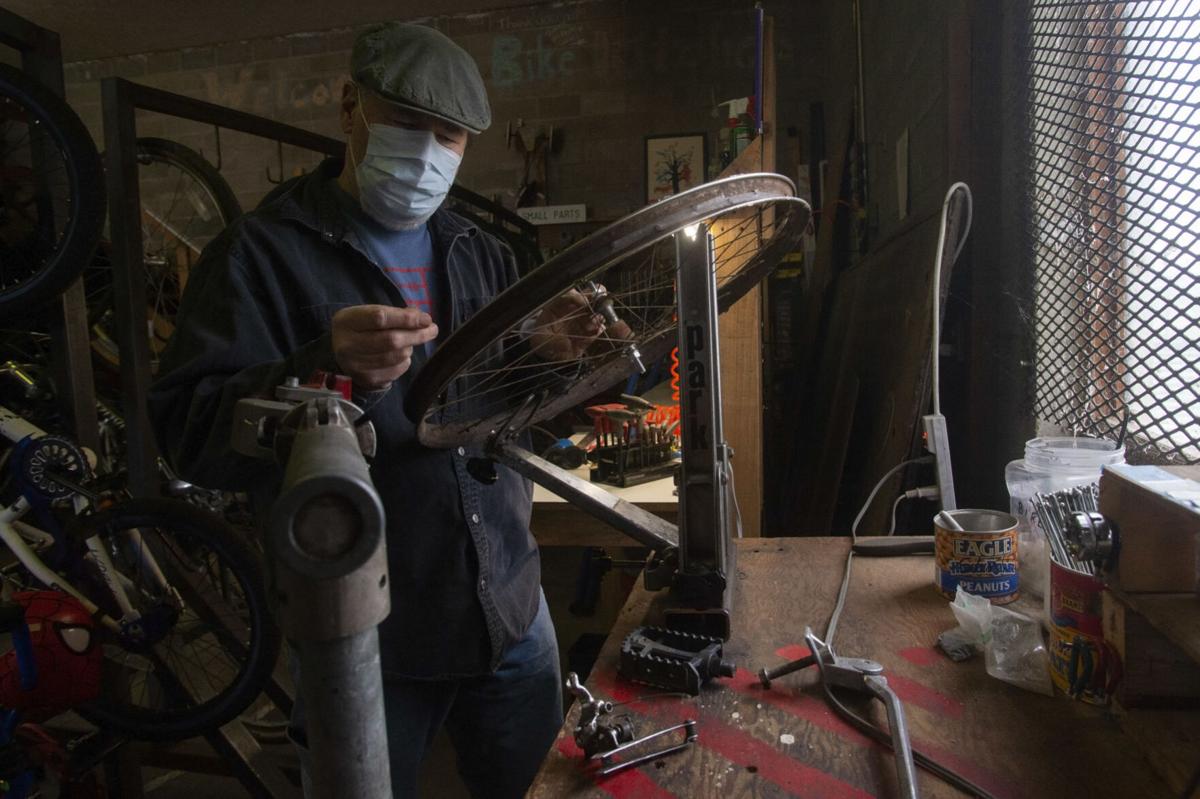 Kyle Gowin works on replacing the spoke of a wheel at the Lincoln Bike Kitchen on Thursday. The all-volunteer nonprofit is in need of donations of used bikes to keep up with demand. The Bike Kitchen recently partnered with school community learning centers, and has given more than 150 bikes to students, with plans to donate more. 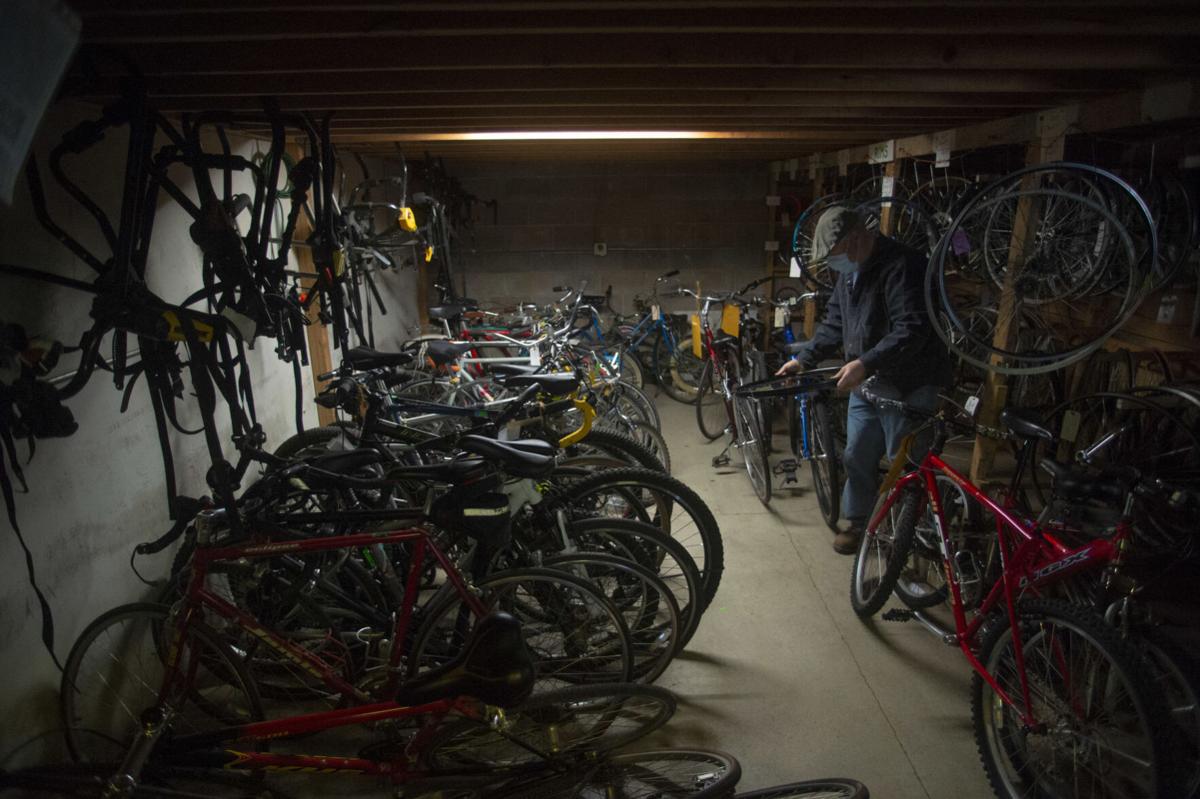 Kyle Gowin looks for replacement parts for a bicycle he is working on at the Lincoln Bike Kitchen on Thursday. 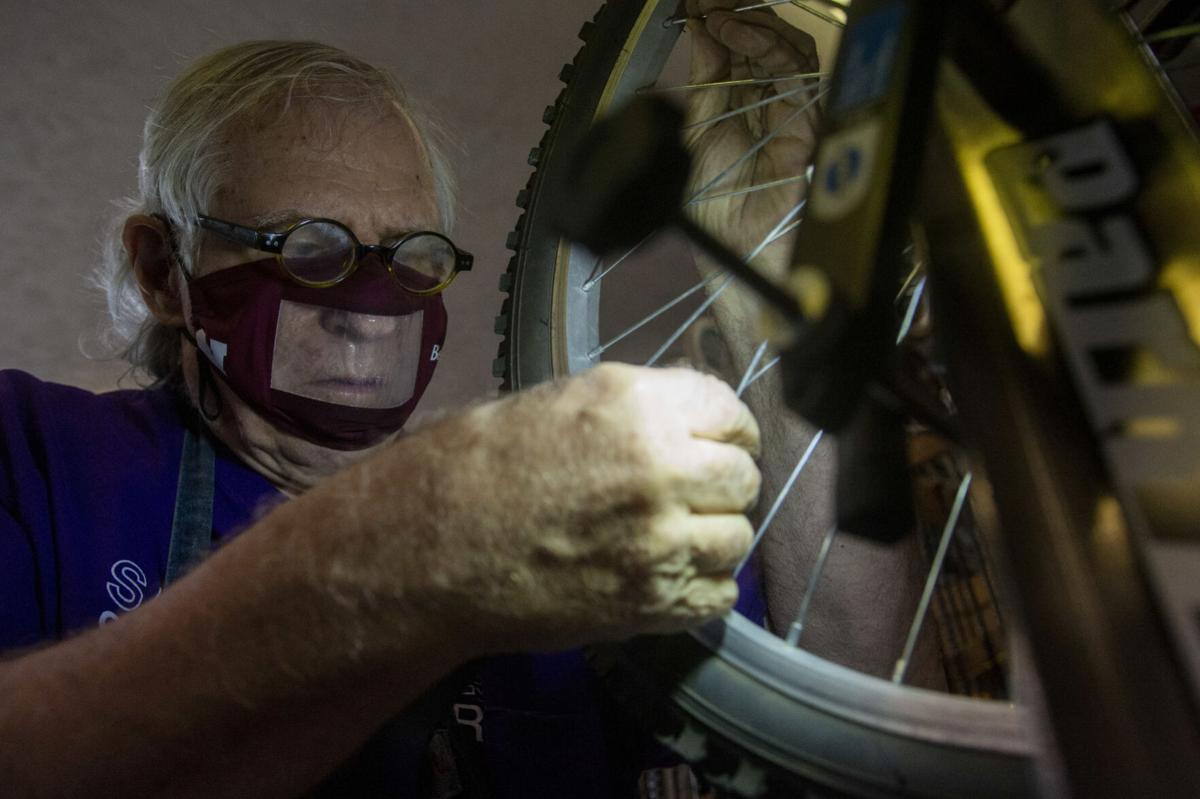 Leonard Campbell works on fixing a bicycle wheel at the Lincoln Bike Kitchen on Thursday.

And the students he supervises were in for a surprise when they returned to their after-school program.

“It was really cool to take them to the back and show them,” said Kellogg, the center’s school community coordinator. “A lot of the kids, when they walked in, they already knew what bikes they wanted by the color.”

Lincoln Bike Kitchen quieter during coronavirus pandemic, but still giving away hundreds of bikes to kids

Those bikes — and 10 more that went to a Dawes physical education teacher — came courtesy of the Lincoln Bike Kitchen, which last fall started partnering with the school-based community learning centers.

Since October, the all-volunteer nonprofit has donated 210 bikes to more than a dozen centers, according to the tally taped to a door. McPhee: 37. Everett: 30. Huntington: 17. And more.

The pandemic may have forced the Bike Kitchen to close its cramped shop to the public and suspend some of its programs, but its core group of mechanics has still been showing up, wrenching new miles into secondhand bikes.

On average, they spend 10 minutes to two hours on a donated bike, depending on its condition, said Clayton Streich, a board member and mechanic.

They fix flats, straighten wheels, replace cables, grease bearings and give them a quick clean.

The kitchen has donated bikes to schools for years, but its partnership with the learning centers is new, Streich said. And it’s in so much demand the nonprofit’s bike inventory —  which once grew to 150 ready-to-go bikes — is getting thin.

“We’ve been passing them out faster than we’ve been fixing them. We gave away so many all of a sudden our shop was getting a little emptier.”

'More to bikes than just pedaling around' — Lincoln Bike Kitchen fixing dozens of bikes for students to ride, learn from

So the Lincoln Bike Kitchen is putting out another call for donated bikes, with just a few guidelines.

* Bikes with 24-inch wheels are at the top of its wish list, because they best fit older elementary and middle school students. But it also needs bikes with 20-inch wheels.

* Road bikes aren’t popular with students, and rust-buckets can consume too much of a volunteer’s time, Streich said. But they’re not that picky. “We’ll take anything that’s a respectable bike.”

* For more information, go to lincolnbikekitchen.org or visit its Facebook page.

How to help the Bike Kitchen help kids who need bikes

And so the centers can get the bikes to its students. At Dawes, many of the students must walk to and from school. Many didn’t have bikes or needed new ones.

After he heard about the partnership, Kellogg worked with school administrators and guidance counselors to identify the students who needed bikes the most. He got in touch with the Bike Kitchen, put in an order and, on giveaway day, watched the students revel in their new rides.

A police spokeswoman said investigators served a search warrant at an east Lincoln home, and a forensic examination of the electronics that were seized turned up 117 images of child pornography.

The Casey's manager reviewed the store video with officers and saw a man come in and steal alcohol and tobacco products before leaving. The total loss isn't yet known.

As of Friday, 5,537 students -- 13.9% of the district's enrollment -- were learning remotely, down from the December peak when nearly a quarter of students were enrolled in remote learning.

The fully refurbished bikes will range in price from $50 to $400.

Give to Lincoln Day surpasses $7.23M with 3 hours to go

Donations can be made at GiveToLincoln.com until 11:59 p.m. Donors can also drop off donations during business hours at all Lincoln West Gate Bank branches.

Kyle Gowin works on replacing the spoke of a wheel at the Lincoln Bike Kitchen on Thursday. The all-volunteer nonprofit is in need of donations of used bikes to keep up with demand. The Bike Kitchen recently partnered with school community learning centers, and has given more than 150 bikes to students, with plans to donate more. 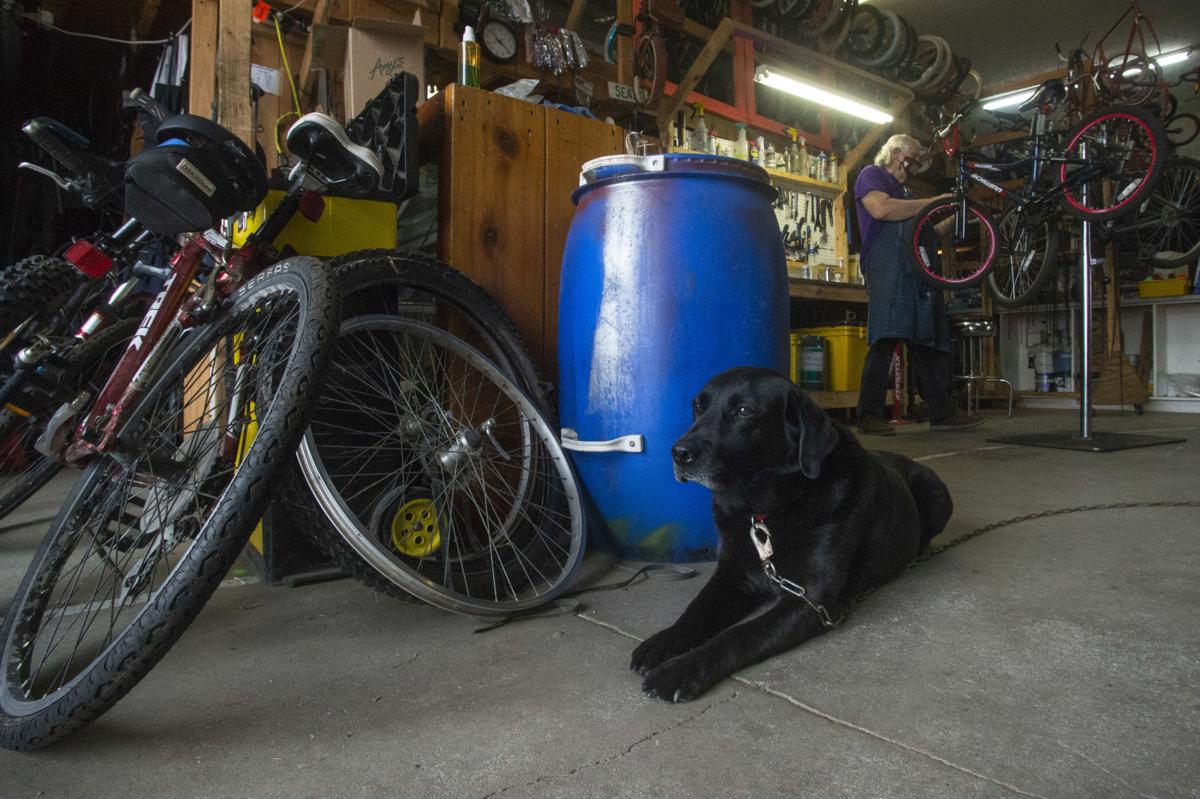 Skye, a 12-year-old black lab, takes it easy on the floor of the shop while Leonard Campbell (right)l works to fix a bicycle at the Lincoln Bike Kitchen on Thursday.

Kyle Gowin looks for replacement parts for a bicycle he is working on at the Lincoln Bike Kitchen on Thursday.

Leonard Campbell works on fixing a bicycle wheel at the Lincoln Bike Kitchen on Thursday.