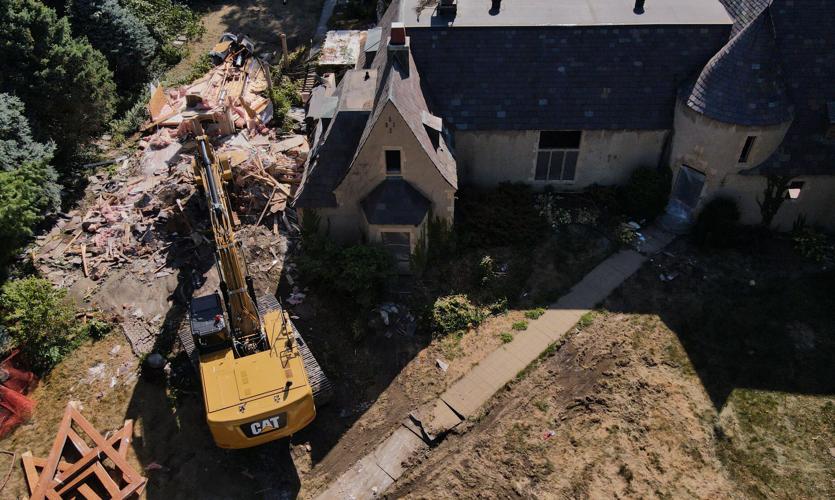 Work to demolish the home at 2636 Woodscrest Ave. began in earnest on Thursday to make way for a new home, which owners say will fit into the character of the historic neighborhood. 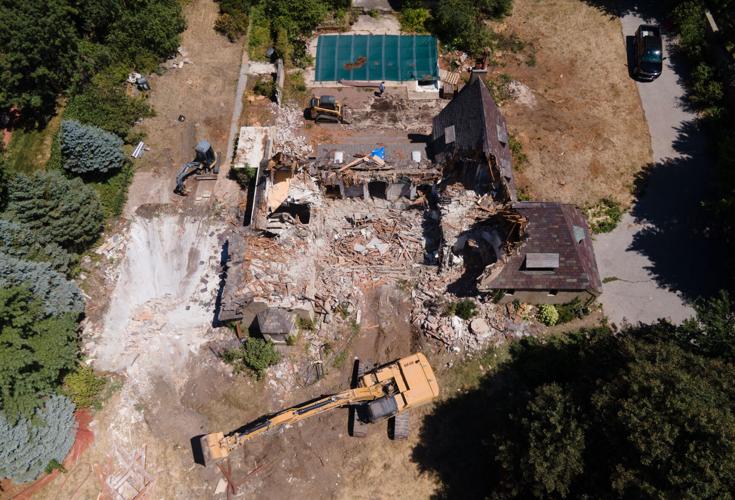 The home at 2636 Woodscrest Ave. is demolished on Thursday to make way for a new home, which owners say will fit into the character of the historic neighborhood. 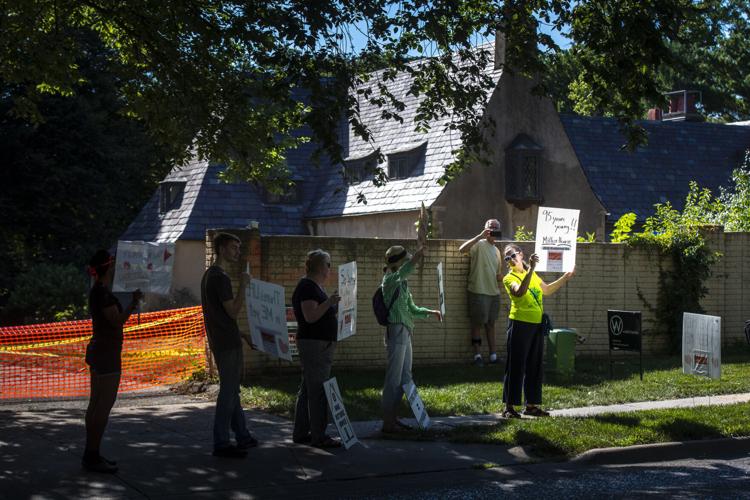 A group holds signs opposing the demolition of the house at 2636 Woodscrest Ave. in mid-July. The house started coming down on Thursday.

The long-awaited and hotly debated demolition of one of Lincoln’s most historic homes has started.

An excavator tore into 2636 Woodscrest early Thursday, beginning the razing and removal of the 5,500-square-foot Norman Revival so its owners can build a new home.

John and Ella Wirtz bought the property near 27th and Sheridan — known to some as The Castle, to others as the Miller House — nearly a year ago.

“We love this neighborhood. We were looking for a house that would be our forever home,” John Wirtz said Thursday. “The intent of our search from the beginning was to find a place to raise our family.”

They paid $1.4 million, according to the county assessor. But they never moved in.

One of Lincoln's most historic homes has date with demo crew, and there's nothing neighbors can do

They’d planned to renovate it, Wirtz said, to make it meet the needs of their family. They hired Jason Woita of Woita Homes — which specializes in renovating old houses and has worked on others in the neighborhood — as their general contractor. They met with multiple architects.

“We felt very confident we had the best minds walking through the house with us. We kind of put all the options on the table and there just wasn’t a way to make the house work.”

Wirtz wouldn’t say specifically why they couldn’t make the 100-year-old house accommodate his family. “It was just a multitude of things that, in combination, made it not possible for us to do a renovation.”

So they moved to Plan B — building a new house on the acre-plus lot.

They hired a Minnesota-based, nationally recognized architect who specializes in classic homes.

“To make sure that the house that we’ll build will be a beautiful house, that it's going to fit the character of the neighborhood really well,” Wirtz said.

But when their plan to erase and replace started seeping through the neighborhood, it was met with outrage.

The Country Club Neighborhood Association hosted a city planning staffer to see if there was anything they could do to prevent the demolition, and whether the house’s listing on the National Register of Historic Places gave it any protection.

Short answer: No, and no.

The Preservation Association of Lincoln staged a sign-waving rally near the home — “Honk to support history,” and, “Save The Castle” — and there were reports of the family facing threats and harassment.

But others took to social media to defend them: It’s their money, their property and they can do what they want.

And what they want is a three-story Colonial Revival, with first- and second-floor porches facing Woodscrest and an attached garage with three stalls facing south, according to draft plans obtained by the Journal Star through a public records request to the city’s Building and Safety Department.

The couple’s building permit application lists the construction cost at $2.1 million, and Woita estimated it will take him about 20 months to build.

Not all of the historic Woodscrest house will end up in the landfill. An architectural salvage crew removed what it could — windows, doors, light and plumbing fixtures, cabinets and countertops — and the couple donated it to Habitat for Humanity.

Shortly after the demolition started, a water main broke on Woodscrest Avenue, leaving 10 neighbors without service.

The main is more than 100 years old, and the break is the city’s 14th so far this month. “I think it’s natural causes,” he said.

Wirtz didn’t want to talk about whether his family had been threatened and harassed. He wanted to talk instead about how much Lincoln had given his family in the past two decades, and how much they’ve contributed to the community.

And how the demolition crew that started work Thursday wasn’t in their original plans.

“We want to make sure people know how much we care about this neighborhood, and that it was not our intent to build a house there.”

The 21-year-old man was one of 13 members of the No Name Demons arrested on similar charges in the winter of 2020.

Monarch Blitz is asking for help to determine trends to save the iconic butterfly.

Auditor questions the legality of $270,000 in History Nebraska fund transfers

Why did History Nebraska, a state agency, shift $270,000 in contributions into a newly created private foundation? A state audit is raising questions.

His brother-in-law heard what sounded like a pop, and then saw Tyler Loomis pinned beneath the rear of the party bus.

The more than 100-year-old flag has been carefully stretched and hand sewn onto a cotton-based acid free matte.

Portions of two downtown streets will be temporarily closed as the Lincoln Transportation and Utilities Department finishes projects in the area.

Alphabet continues pulling out of China, shuts down Google Translate

Alphabet continues pulling out of China, shuts down Google Translate

Work to demolish the home at 2636 Woodscrest Ave. began in earnest on Thursday to make way for a new home, which owners say will fit into the character of the historic neighborhood. 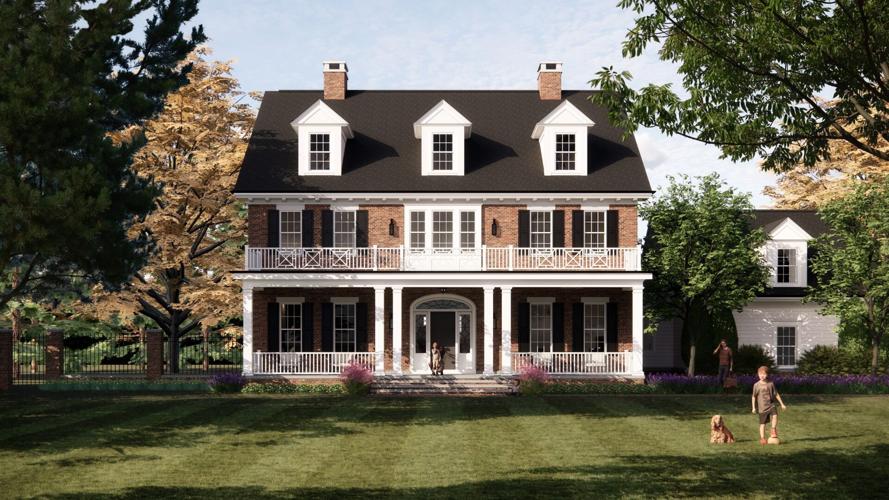 A rendering of the home proposed for 2636 Woodscrest Ave. Construction could take 20 months. 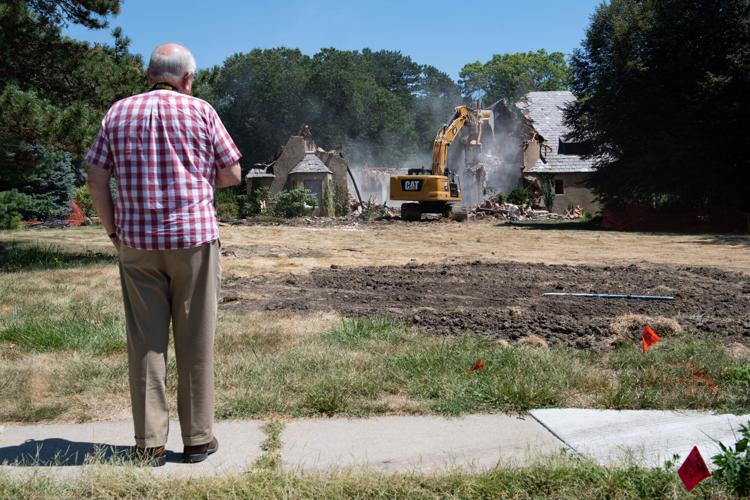 Gordon Scholz watches the home at 2636 Woodscrest Ave. being demolished on Thursday. The Norman Revival home, purchased last September for $1.4 million, is over 100 years old and was built for the Miller and Paine department store family.

The home at 2636 Woodscrest Ave. is demolished on Thursday to make way for a new home, which owners say will fit into the character of the historic neighborhood. 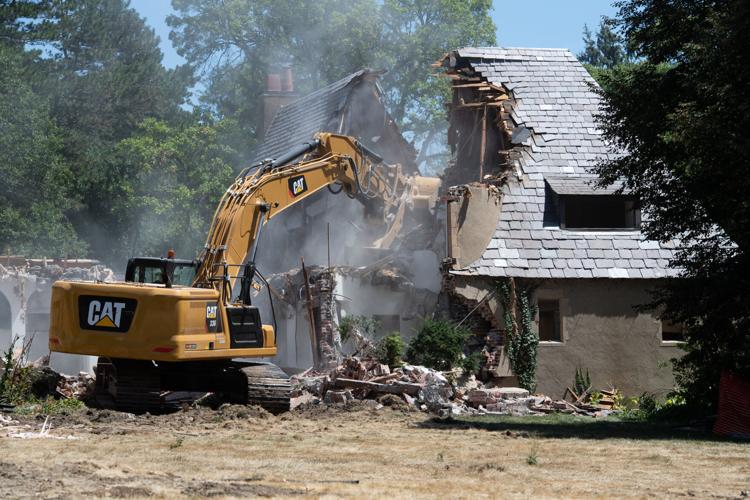 A group holds signs opposing the demolition of the house at 2636 Woodscrest Ave. in mid-July. The house started coming down on Thursday.