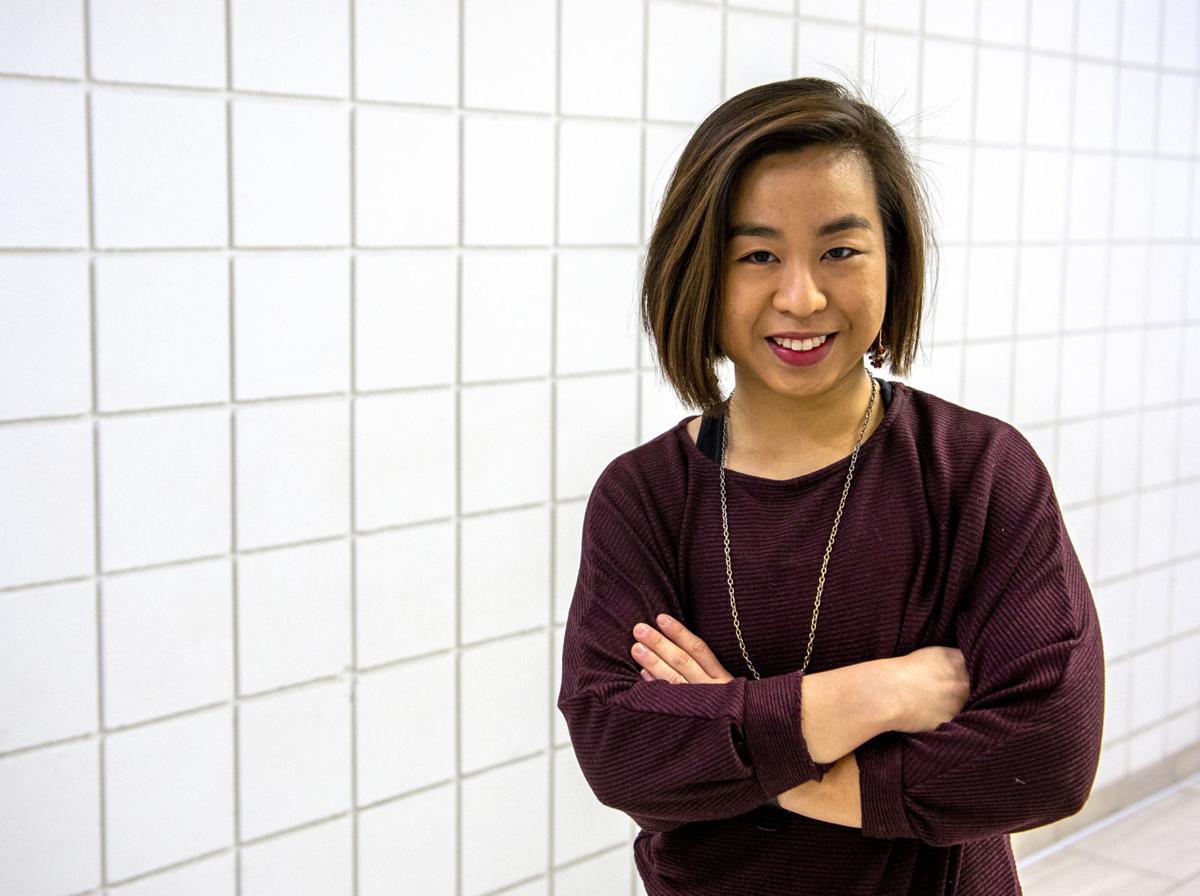 Han Le poses for a portrait at UNL's Cook Pavilion. Le plans to run across the country this summer to raise money and awareness for cancer. She runs about 15-20 miles a day. 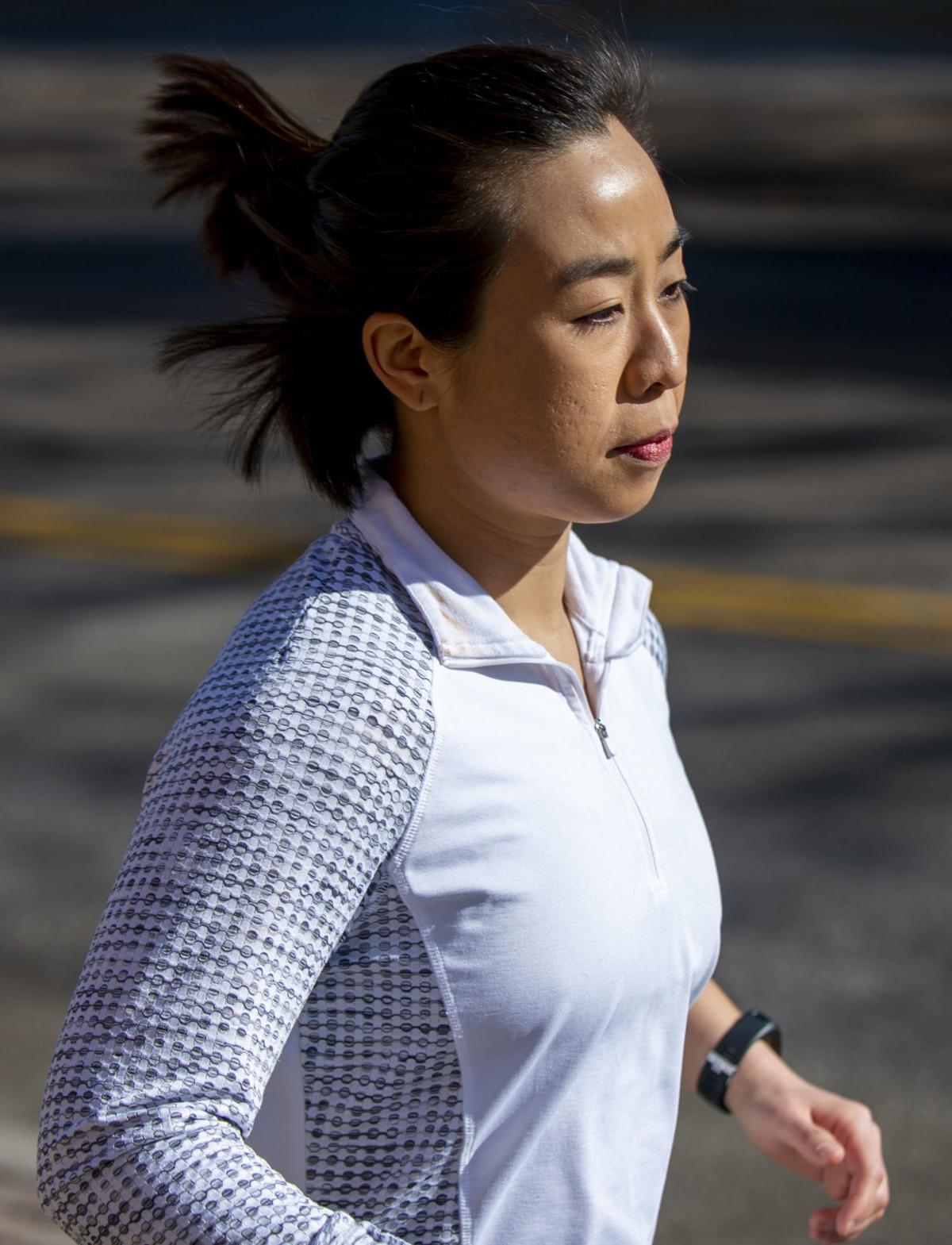 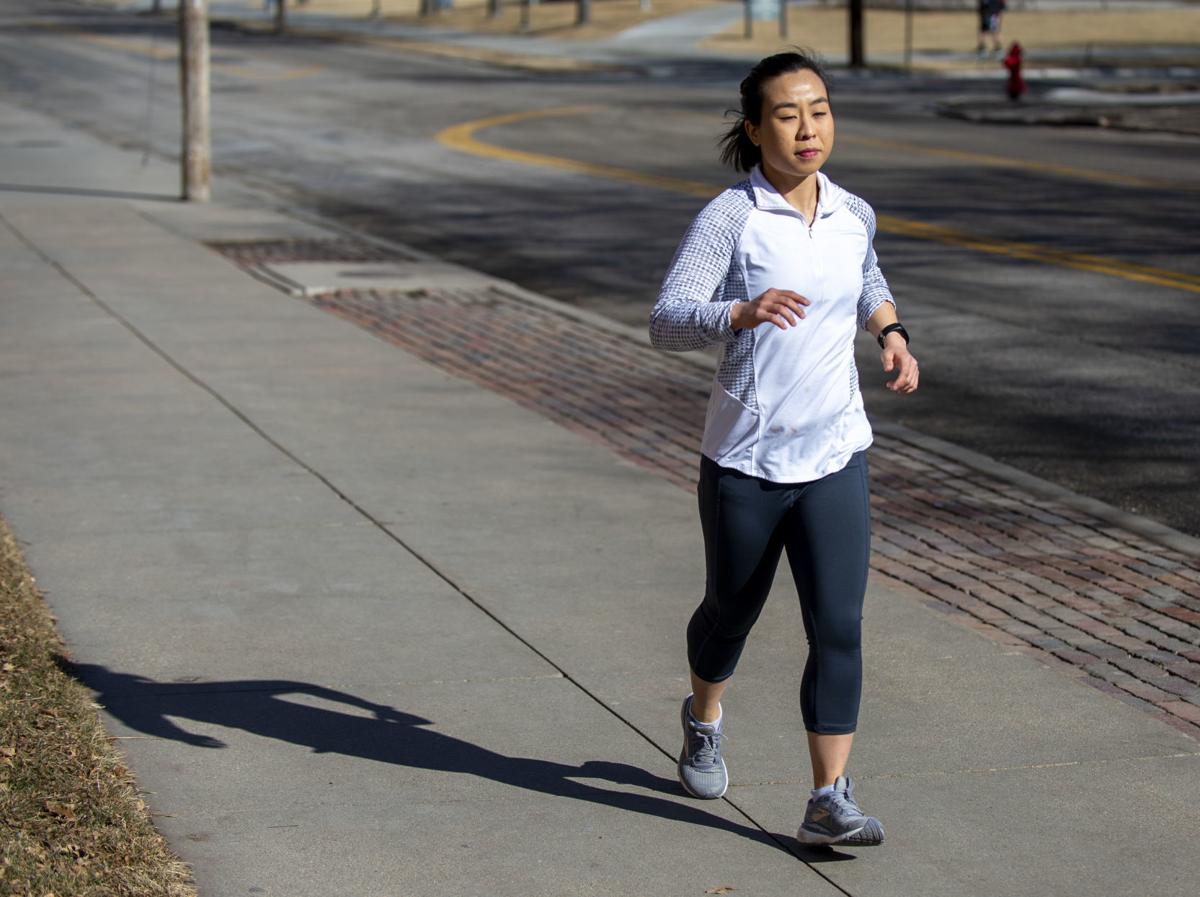 Han Le never thought of herself as much of a runner.

In fact, she described herself as a "lazy child" growing up. But during her senior year of high school, she decided she wanted to try something new and started running.

Le is a senior at the University of Nebraska-Lincoln studying sociology, with minors in human rights and humanitarian affairs, global studies and economics. She came to the United States from Vietnam at the age of 16 to receive a better education. She ended up at a boarding school in Staunton, Virginia, which is where she discovered her love of running.

"I was never encouraged to be athletic when I was little," she said. "I discovered that running helps me physically, but also emotionally. I became a lot more emotionally grounded, self-disciplined and mature because of running."

Running has also given her the opportunity to honor family members who have been affected by cancer. She said she's running for her grandmother, who died from lung cancer, and her mother, who was diagnosed with early-stage cervical cancer last summer.

Because her grandmother died when she was only 10, Le said she didn't fully grasp what had happened.

"I didn't really understand the whole gravity of the situation, and I definitely never honored her the right way," she said. "I want to dedicate this to her, because it's finally something that I've done for her and it's not something she does for me."

Le has done more than running to help those affected by cancer. In January, she cut off 10 inches of her hair and donated it to Children with Hair Loss, a nonprofit in Michigan that provides free wigs to children. She plans to make another donation to the nonprofit before this summer's run — and, this time, she'll shave her head entirely and donate almost a foot of hair.

As part of the run, Le is collecting money for the Ulman Foundation and its programs with the goal of raising $4,500. So far, she's raised $1,910, including donations made to her Facebook page. Donations for her campaign can be made at https://give.ulmanfoundation.org/4k-2020/HanRuns.

In support of her run, the Lincoln Running Company has donated a pair of shoes to Le, who runs between 15-20 miles every day in preparation for her cross-country journey. She said she appreciates the company's support for runners like her and its solidarity with the cancer community.

Although her inspiration for joining the 4K for Cancer were her mother and grandmother, Le said she's doing it for all of those in her life who have been affected by the disease.

She thinks her grandmother would be surprised of her love of running, but also proud.

Thanks to a grant of almost $90,000, two Lincoln organizations are working to bring the first-ever kitchen incubator to the capital city.

Lincoln's startups: A big haul for some tiny robots

It's unlikely that any Lincoln startup is going to approach the nine-figure venture capital haul of Hudl over the past five years, but a local…

For Olivia Kittelson and Brynley Thiltgen, how Orbeez grow in water caught their curiosity.

Han Le poses for a portrait at UNL's Cook Pavilion. Le plans to run across the country this summer to raise money and awareness for cancer. She runs about 15-20 miles a day.