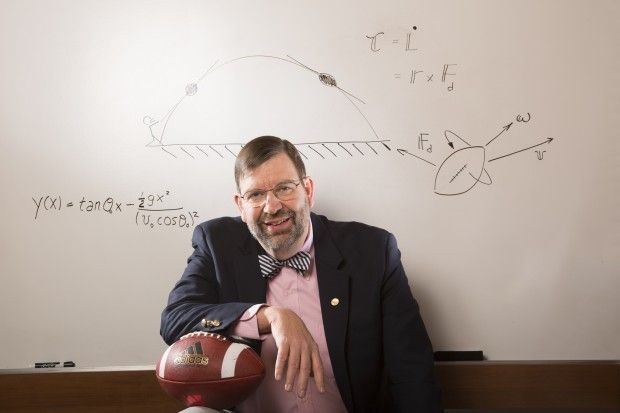 Tim Gay found a scientific explanation for the New England Patriots' softer footballs. But the UNL physics professor can also see their benefits. "You can hold on to it better. You can hold on to foam rubber better than you can hold on to a bowling ball. You've got purchase," said Gay, who wrote "Football Physics." 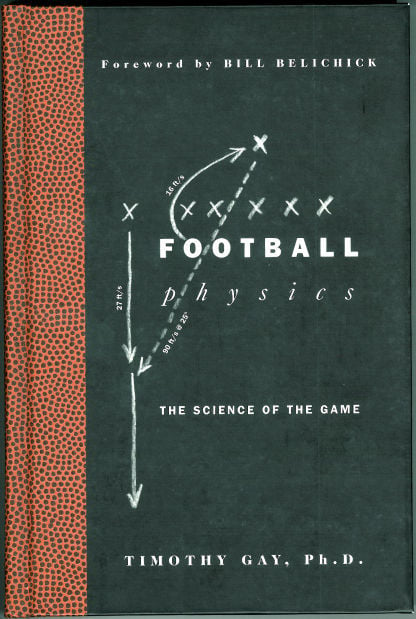 Tim Gay, a professor at the University of Nebraska-Lincoln, wrote the book on football physics (and called it "Football Physics.") New England Patriots coach Bill Belichick wrote the foreword. 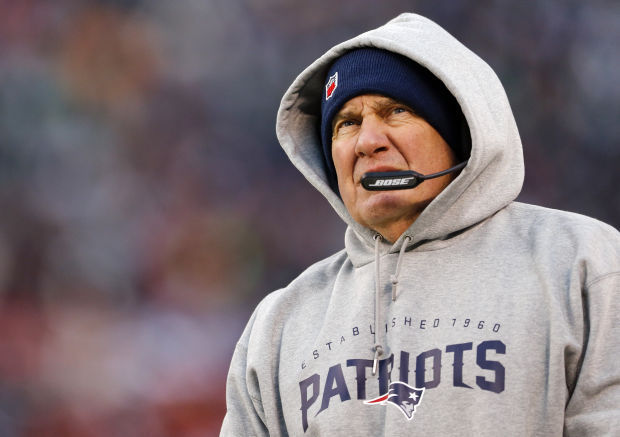 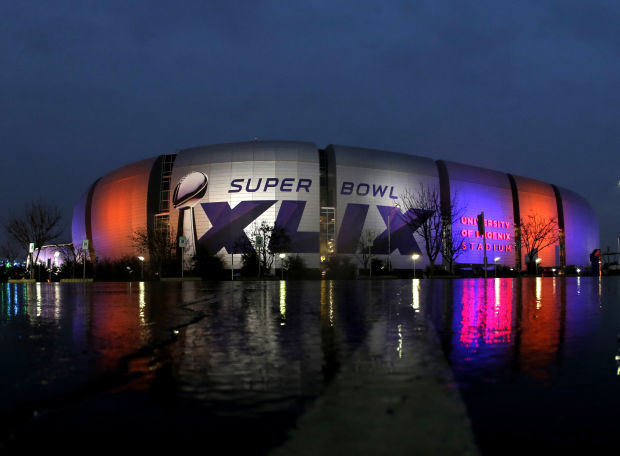 Deflated footballs have dominated talk leading up to Sunday's Super Bowl at University of Phoenix Stadium in Glendale, Arizona.

He hasn’t told them about the ideal gas law yet.

But for the past two weeks, the physics professor has spent hours talking with reporters around the country about his knowledge of pressure, volume and temperature. And about his relationship with New England Patriots coach Bill Belichick.

He’s spoken to NBC News. The L.A. Times. The Boston Globe. The New York Times. “And a bunch of blogspots, those kinds of things,” he said last week from his office in Jorgensen Hall at the University of Nebraska-Lincoln.

This is what he told them: Don’t be too quick to believe Belichick and his team had been cheating when 11 of their 12 footballs were found to be underinflated during the AFC championship game Jan. 18.

Instead, he offered a scientific explanation.

“It says the pressure times the volume is equal to a constant times the temperature,” he said.

“It’s like the tire pressure on your car,” he said. “It goes down in the winter.”

The NFL requires footballs to be inflated to between 12.5 and 13.5 pounds per square inch. Gay has heard quarterback Tom Brady prefers footballs at the lower end of the range. And he has heard the Patriot footballs were between one and two psi below the limit.

A softer ball would help the offense because it would be scrunchier -- easier to catch and harder to fumble, especially in Foxborough in January.

So he crunched the numbers and concluded the temperature drop that day would have been enough to draw a pound of pressure from the Patriots’ footballs. And he can only assume the Indianapolis Colts inflated their footballs to 13.5 psi, allowing them to lose pressure but still meet the NFL’s minimum.

The ideal gas law explanation is gaining momentum. On Friday, the New York Times reported a Carnegie Mellon grad student conducted a deflation experiment, reaching the same conclusion, and an MIT professor had reviewed, and approved, the analysis.

“So here,” Gay said, “is a reasonable explanation that does not involve cheating.”

But he’s a scientist. He’s wary of absolutes he can’t prove.

“I know Bill and I know the Patriots organization. I can’t imagine they would have cheated on this, but I could be wrong. They’ve been accused of cheating before.”

The professor has known the coach for nearly 45 years, since they were high school classmates at Phillips Academy in Andover, Massachusetts. Gay wasn’t good enough to make the varsity football team, so he served as student manager. Belichick played center.

“I was a senior. He came in as a post graduate, which is prep school euphemism for ringer.”

They won the New England prep championship that fall.

And then Gay went on to the California Institute of Technology, where he was good enough to make a football team so bad it was chronicled in a 1974 Wall Street Journal humor column.

“I’ve suppressed my recollections of most of that article,” he would later write, “but I do remember a line about our IQs being higher than our weights.”

Belichick went on to an NFL coaching career, eventually taking the Patriots to five Super Bowls and winning three. He’ll coach in his sixth Sunday night on NBC.

But the high school team manager can put the NFL and NBC on his resume, too.

As a physics professor, Gay became a HuskerVision regular at Memorial Stadium 15 years ago with his “Football Physics” segments. That led to a gig with NFL Films, creating 21 similar -- but longer -- pieces with professional football players.

Then, a decade ago, he was instructor and academic adviser to Mötley Crüe’s drummer on the NBC primetime reality series, “Tommy Lee Goes to College.”

So he’s comfortable with cameras and microphones, and he wasn’t shaken when his phone started ringing after the Patriots beat the Colts. And kept ringing -- maybe 15 reporters in the past two weeks, asking him for a science lesson.

Gay wrote the book on physics and football.

“Football Physics” grew out of his HuskerVision videos. And he asked his high school classmate to write the foreword, the coach known to try to squeeze every ounce -- or pound -- of advantage out of his team.

“Belichick said to me, ‘Tim, I’m a busy guy. Do I really have time to read this whole book?’ I said, ‘Well, there’s not much in this book you don’t already know. On the other hand, it might get you three points every 10 years. Do you want those three points?’

There are three former Huskers in the NFL Hall of Fame. There about to be five.

Another big comeback for the New England Patriots. And, finally, another championship.

It was just an old six-drawer dresser, a hand-me-down, but never more valuable to Jacey and Trevis Gale than it is now.

See how much you know about football's biggest game by challenging your self to our quiz.

See a glimpse of videos being released during the 2015 Super Bowl. We've also got the big game trivia challenge, chili recipes, party etiquett…

Tim Gay found a scientific explanation for the New England Patriots' softer footballs. But the UNL physics professor can also see their benefits. "You can hold on to it better. You can hold on to foam rubber better than you can hold on to a bowling ball. You've got purchase," said Gay, who wrote "Football Physics."

Tim Gay, a professor at the University of Nebraska-Lincoln, wrote the book on football physics (and called it "Football Physics.") New England Patriots coach Bill Belichick wrote the foreword.

Deflated footballs have dominated talk leading up to Sunday's Super Bowl at University of Phoenix Stadium in Glendale, Arizona. 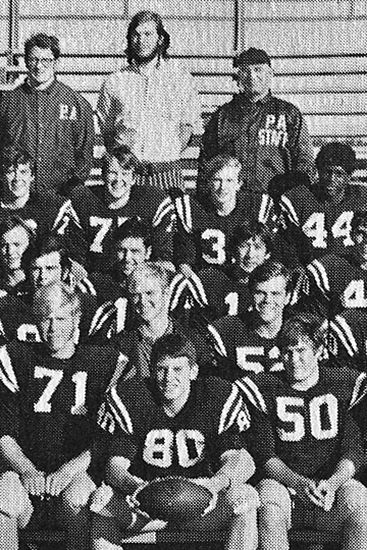