Eli Pickel (left) and Michael Patestas move a structure that will become a wall while setting up for "Nightmare on R Street" on Sunday at Theta Xi. The haunted house will be open to the public from 8 to 11 p.m. on Tuesday. 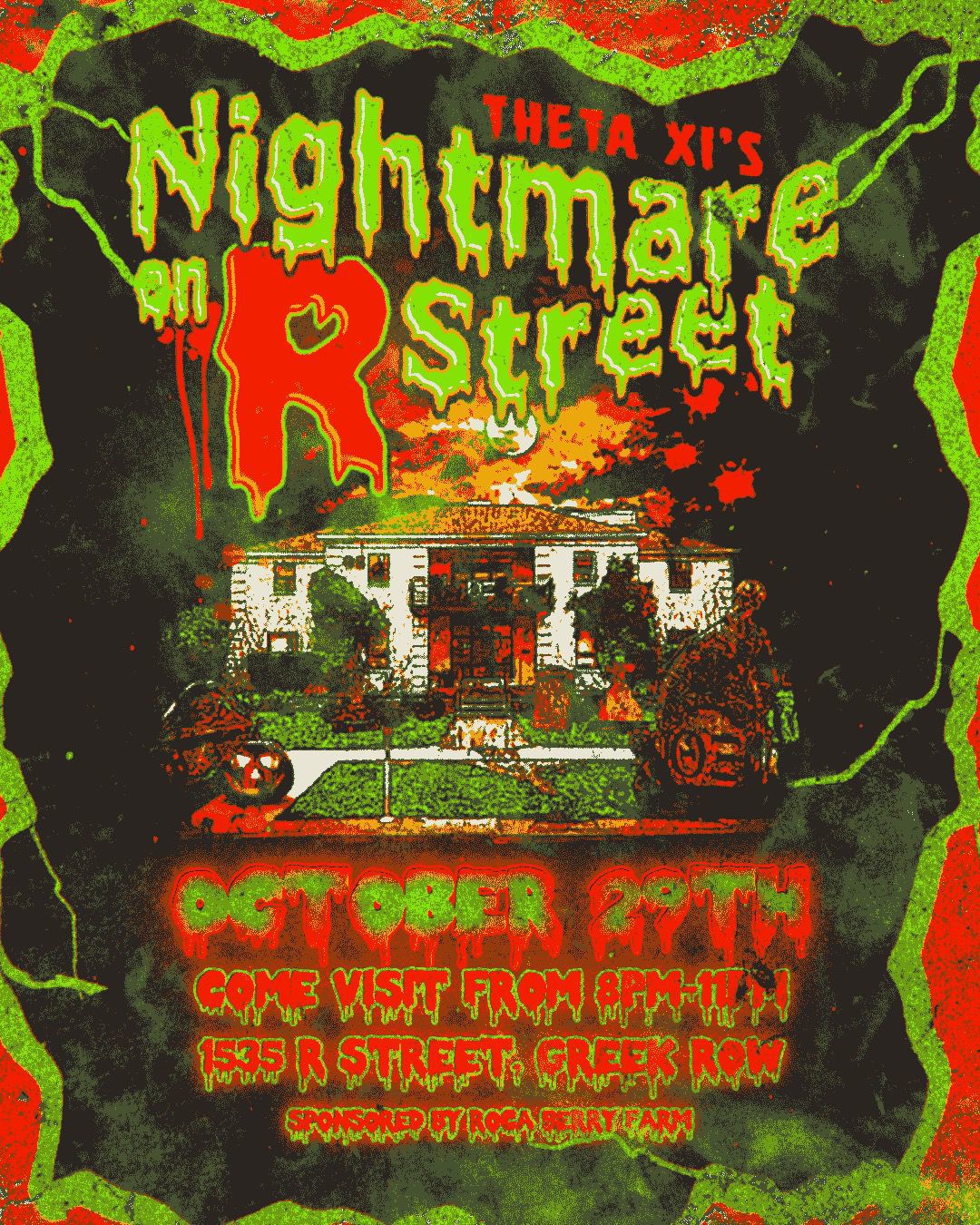 The University of Nebraska-Lincoln's Theta Xi fraternity is bringing back its haunted house, a once popular and seemingly forgotten fundraising event.

Newly named "Nightmare on R Street," the Theta Xi house on UNL's campus will be transformed into a haunted house.

"It was brought to my attention last spring that it was something the fraternity would be interested in doing," Patestas said. "I was excited to bring it back the best I could."

The haunted house will raise funds for the National Multiple Sclerosis Society.

Roca Berry Farm is helping with the event by donating money as well as props.

Patestas, who works as a production supervisor at Roca Berry Farm, is taking the lead to put the haunted house together.

"I am most excited that I'll be able to do what I love on campus," Patestas said.

The haunted house will feature different scenes, including zombies, ghosts and clowns. Patestas said different parts of the house will be decorated to fit each theme.

Visitors to the haunted house will start in the basement of the Theta Xi house, 1535 R St., and work their way upstairs. The estimated time to go through the house is about 15 minutes. Patestas said there will be between 30 to 40 fraternity members dressed in costumes and providing frights to guests.

"The house can't be super scary since it's on campus but we're gonna try to make it as scary as we can," Patestas said.

Eli Soell, president of Theta Xi, said he hopes the haunted house does well and becomes an annual "must do" activity for Lincoln residents each fall.

"I know the people of Lincoln who attend this event will have an awesome time and get their fall haunted house fix," Soell said. "It's shaping up to be a great event and I'm excited to see the results of our hard work here soon."

The Journal Star learned after publishing this story that the Theta Xi fraternity did not pass a necessary inspection to host its haunted house on Tuesday.

Ayda, a red-haired porcelain doll, stares blankly through scratched-out eyes from her display at the Museum of Shadows in Plattsmouth.

Growing up in the small town of Hartington helped Carly Becker appreciate all things family and community.

As the share of state funding for higher education continues to shrink nationally, public research universities are striving to grow enrollmen…

After 18 years at Southpointe Pavilions, the Lincoln Arts Festival moved downtown last month as part of a big weekend for the arts.

Eli Pickel (left) and Michael Patestas move a structure that will become a wall while setting up for "Nightmare on R Street" on Sunday at Theta Xi. The haunted house will be open to the public from 8 to 11 p.m. on Tuesday.