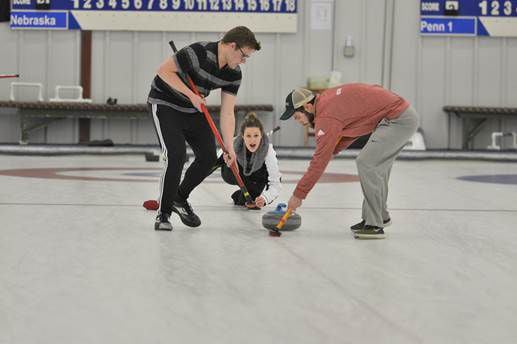 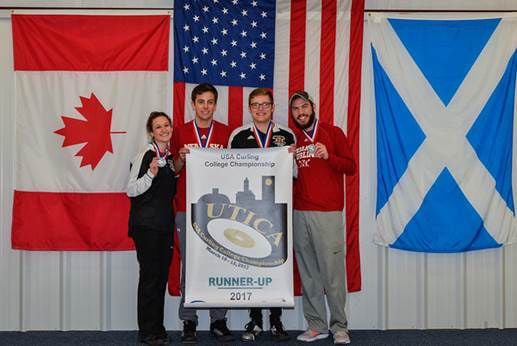 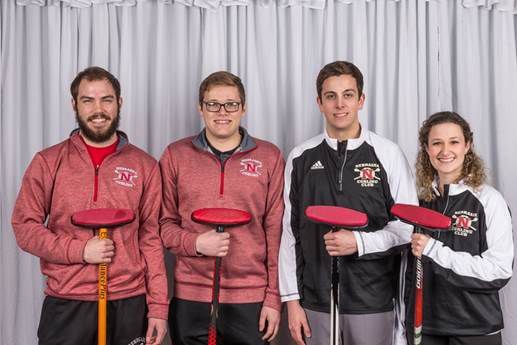 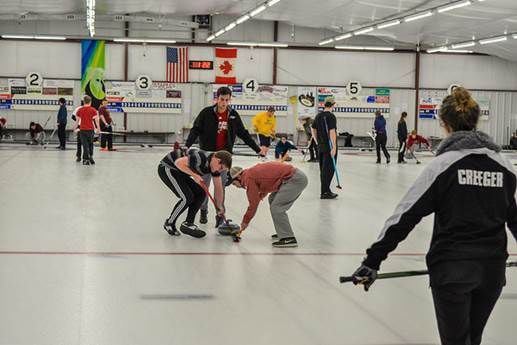 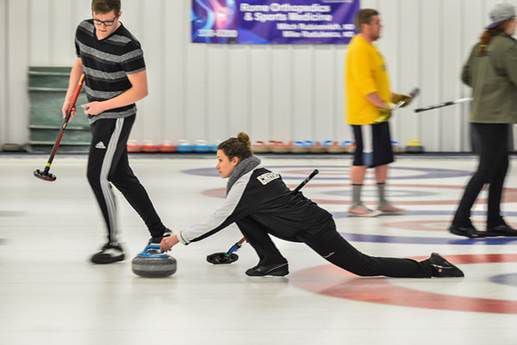 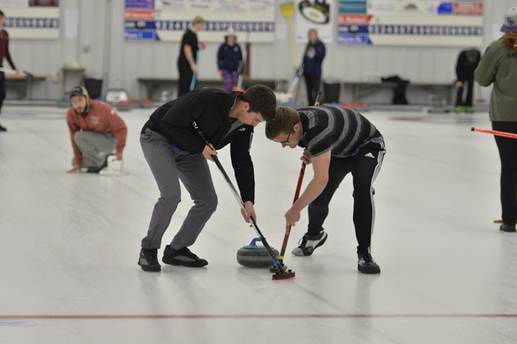 Falling in love with curling -- the sport of stone and ice -- is a family matter for Minnesota-native Ali Creeger.

"Both of my parents curled so I got involved with it," said Creeger, the president of the University of Nebraska-Lincoln's Curling Club. "I love playing it knowing I can continue doing it for as long as I want and with my family, too."

For Creeger, a UNL senior, the silver medal is "a huge honor" in a state where curling goes generally unrecognized.

Curling is "more popular in colder states like North Dakota and Minnesota," said Creeger, who notices the sport gains popularity every time the Winter Olympics roll around.

"You see a boost in club memberships," she said.

Often compared to shuffleboard, curling is comprised of two teams of four that attempt to slide a stone on ice toward a target -- called "the house" --  in order to get closer to the center and win points.

Teams alternate delivering eight stones in a round, often attempting to hit their opponents' stones to reach the center. After eight rounds, the team with the most points wins.

Creeger said the competition, however, is cordial. Curling is often referred to as "a gentlemen's game."

"No matter if you win or lose, you get to know your opponent after the game and often make lifelong friends," she said.

Nebraska qualified for the national tournament after placing seventh nationally in a merit point system determined by the club's performance at smaller tournaments.

The club's chemistry and communication propelled them through the initial round of sixteen, Creeger said, before they faced the University of Minnesota in the finals.

"We were just so grateful to be there at nationals, getting along as a team and working on our team dynamics," Creeger said. "We saw a lot of teams fighting with themselves and that causes you to miss shots."

Junior Austin Rose, a club member, knew he wanted to get involved with the sport after his brother found out about curling at UNL. He said it's important to bring the sport to the forefront of his home state.

"It's a big deal," Rose said. "We're not only representing the university, we're representing Nebraska as a state."

The UNL curling club is partially funded through the university's recreation center, according to Rose. The club also raises money by selling apparel and hosting fundraisers.

"Growing the sport is one of the main goals of curling," Schlichtmann said. "And doing this well gives us that option to grow and get more participation."

Once Creeger graduates, she expects to continue playing and teaching curling.

"It's a lifelong sport," she said.

It’s not hard to find litter in Lincoln: a scrap of paper skittering across the sidewalk, a can abandoned on the roadside, a garbage bag wavin…

They don't know precisely how the violin made its way to their family nearly a century ago, but they know how it disappeared.

Stagecoach and Branched Oak lakes were covered in white on a warm winter weekend earlier this month.

Richard Moberly, the interim dean of the University of Nebraska-Lincoln College of Law, was named the lone finalist under consideration to lea…