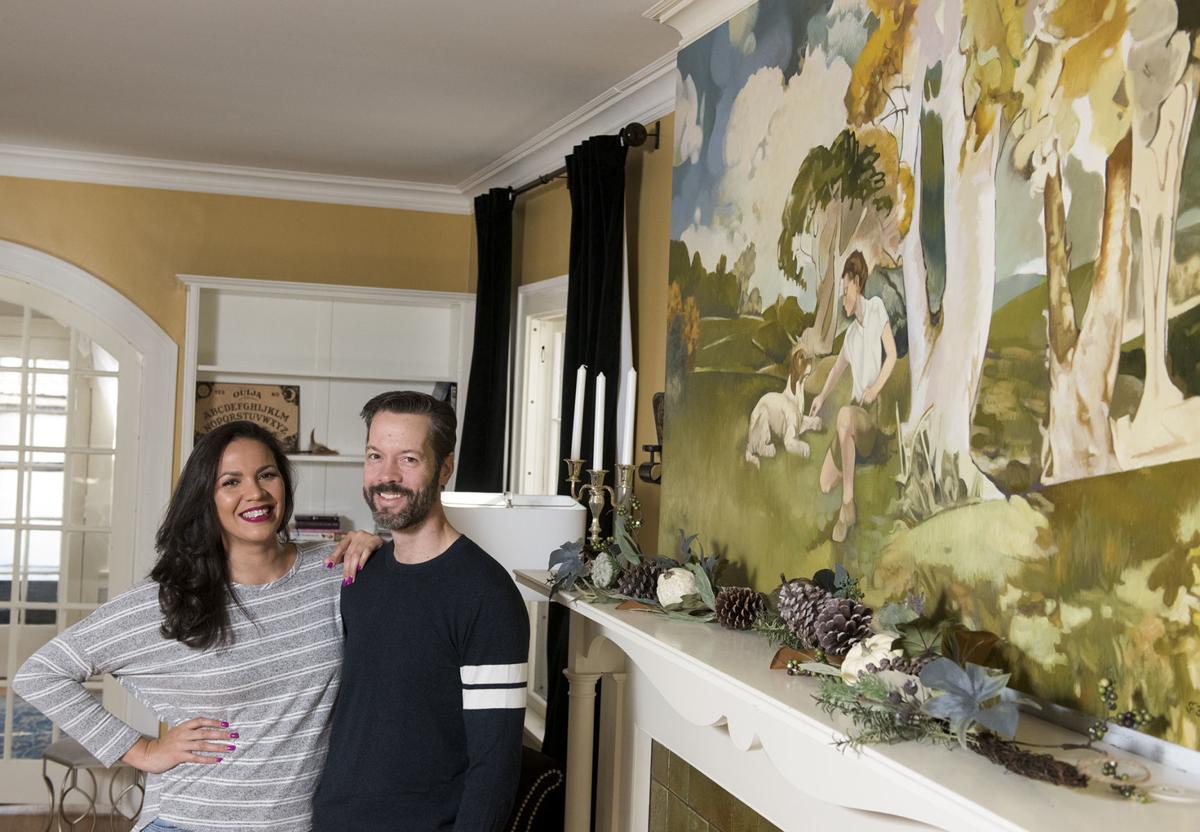 Mindy Wright and Robert Hinrichs commissioned a painting of the painting that was a fixture in their home before they bought it. 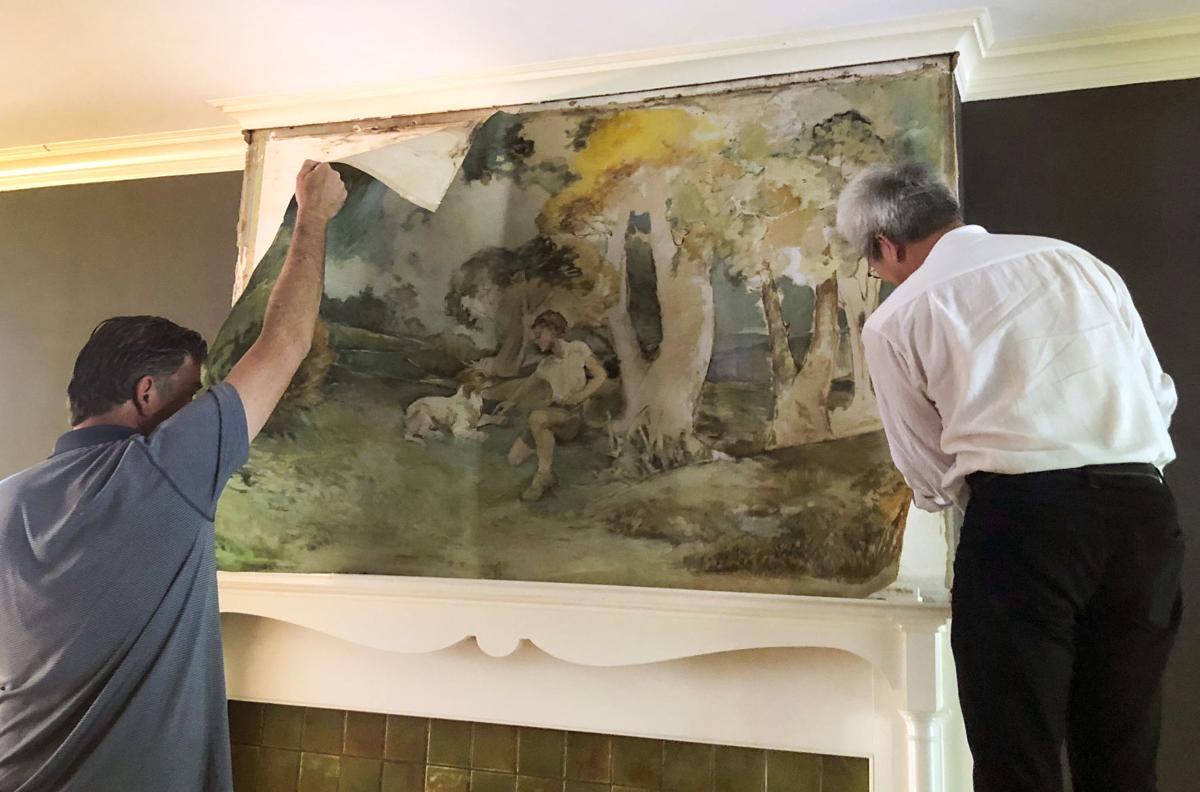 The painting had been glued to the wall for decades, but Buck Kiechel (left) and Kenneth Be had it down in about 10 minutes.

The neighborhood art guards knocked on their door in March, before Robert Hinrichs and Mindy Wright had even moved into their old new home near Van Dorn and 24th streets.

“It was a surprise. These men walked into the house, more or less,” Hinrichs said. “They explained to me why they were there. I had no idea there was an important work of art in the house.”

And there wasn’t. The visitors looked above the fireplace and saw nothing but a rectangle of rough plaster — 6 feet wide, nearly 4 feet high — where the Elizabeth Dolan painting of a boy and his dog and a handful of trees had hung for generations.

Elizabeth who? The couple had never heard of her. They did remember seeing a piece of art in the listing photos before they toured the house, and then not seeing it by the time they closed on the house.

The missing art didn’t concern them at the time. It might have been a print or a poster, staged for the listing. But now, as they were moving in, the blank spot was becoming a problem.

“We kept talking about it: ‘What are we going to do with this huge space above the mantel?’" Wright said. “It was just plaster at the time. So we primered over it.”

Their visitors were alarmed, worried the piece had been painted over and destroyed. They returned, with permission, to scrub, scrape and search for it beneath the plaster.

But it was already gone.

Dolan has been called the most famous Lincoln artist you’ve never heard of.

The daughter of Irish immigrants was born in Iowa, moved to Tecumseh and enrolled at the University of Nebraska in 1891. She studied art in Chicago, New York and Paris, but was back in Lincoln in 1926 to paint wall-sized murals at Morrill Hall.

She stayed here, and stayed busy. Her “Spirit of the Prairie” still hangs in the Capitol. She filled Lincoln’s Masonic Temple with nine large paintings. Miller and Paine picked her to help commemorate the store’s 50th anniversary in 1930.

She also painted for private patrons: The so-called Hobbitsville house at Sheridan Boulevard and Park Street is said to still have a Dolan mural, and she painted the boy and his dog for the house on 24th Street. She created it onsite — neighborhood kids could watch, but only if they didn’t talk — and when she was done, glued her canvas to the wall.

It was still there last winter, seven or eight decades later, when Buck Kiechel got a call.

The owner of Kiechel Fine Art heard from a real estate agent representing the home’s sellers. They felt the space taken by the Dolan would be better served by a TV.

Kiechel arrived with a conservator from Omaha’s Gerald R. Ford Conservation Center — and a check for the homeowner in the low five figures.

They dismantled the painting’s wooden frame, got under a couple of its corners and started coaxing it off the wall.

The canvas didn’t resist. “It literally came off like one of those rubbery bumper sticker things that go on your window,” Kiechel said. “It was shocking how easily it came off.”

They had the painting on the floor within 10 minutes. And then it was laid flat in the back of a Suburban, headed for cleaning, repair and reframing at the Ford Center.

He wouldn’t say who bought it or where it went, describing its new owner only as a former Lincoln businessman, a philanthropist with more than a dozen Dolans and a plan to ultimately donate them to Sheldon Museum of Art or the Museum of Nebraska Art.

And Kiechel wouldn’t say how much he pocketed, but the price didn’t reach six figures, he said.

“I made something. I didn’t make a huge amount.”

But Wright and Hinrichs still had a blank spot on their wall.

The painting had been a fixture for decades, commissioned by E.W. and Catherine Truman, who built the house in 1925. It was there when Virginia and Robert Knoll, a noted professor of Shakespeare, lived in the home.

The next owner spent a few years renovating the house before flipping it, along with the painting, but the Knoll Home still had stature in the neighborhood, a history there.

Hinrichs and Wright understood that, and they felt the weight of responsibility.

“Part of what we’ve been trying to do in this house is to be true to the house and what it needs and what we think is appropriate for it,” Hinrichs said. “You’re sort of a caretaker. The house has an identity that goes beyond you.”

Hinrichs approached Dean Settle, owner of Metro Gallery, with their problem. And Settle introduced him to the solution — Faridun Zoda.

“I suggested to Bob and Mindy, here was an artist who could do it and, frankly, do it maybe better than the original,” Settle said.

Settle describes the artist as a prodigy: Born in Tajikistan, Zoda moved to Moscow as an 11-year-old to study art, and ended up in Lincoln 25 years ago after fleeing his war-torn country.

The artist has shown his work all over the world — Syria and South America, Russia and Lebanon, at the United Nations and in North Korea.

“I was worried,” Zoda said. “I started to read about her.”

He studied her work online — including a photo of the piece removed from 24th Street — but that’s not the same as seeing a painting in person.

“When you see an original, it’s very different. You can see what kind of colors she used. You can see her technique.”

Settle got him a rare invitation to study Dolan’s art inside the Masonic Temple. He spent an hour absorbing her brushstrokes, her use of earthy colors, her shapes and lines.

He started with smaller watercolor sketches. He practiced with paper and charcoal. And when he was ready, he switched to oils and put everything he learned on a 70-inch-by-42-inch canvas.

The boy, the dog, the trees, the billowing clouds. A close recreation, but not an exact copy. “I tried to get very close to her technique. Of course, it’s impossible. You can’t feel what she felt.”

Settle and Zoda delivered it to Hinrichs and Wright earlier this month. And when the new painting filled the space above the mantel, it made the house feel whole again, Wright said.

“It’s incredible. This is the only thing that goes here. This belongs here.”

Chimney Rock sculpture project to honor those who stayed

The pioneer family moving to the shadow of Chimney Rock was conceived 50 years ago, on a wind-whipped February day in the Sandhills.

The bank CEO found a formula for building businesses in the rural heart of Nebraska.

The artist is survived by a daughter, a son, and her life’s work

'We like what they're doing up there': Neighbors help create a diverse tree habitat in the city

The Vintage Heights Neighborhood Association has a Green Team committee and is one of 104 arboretum affiliates across the state, working to better their communities.

Mindy Wright and Robert Hinrichs commissioned a painting of the painting that was a fixture in their home before they bought it. 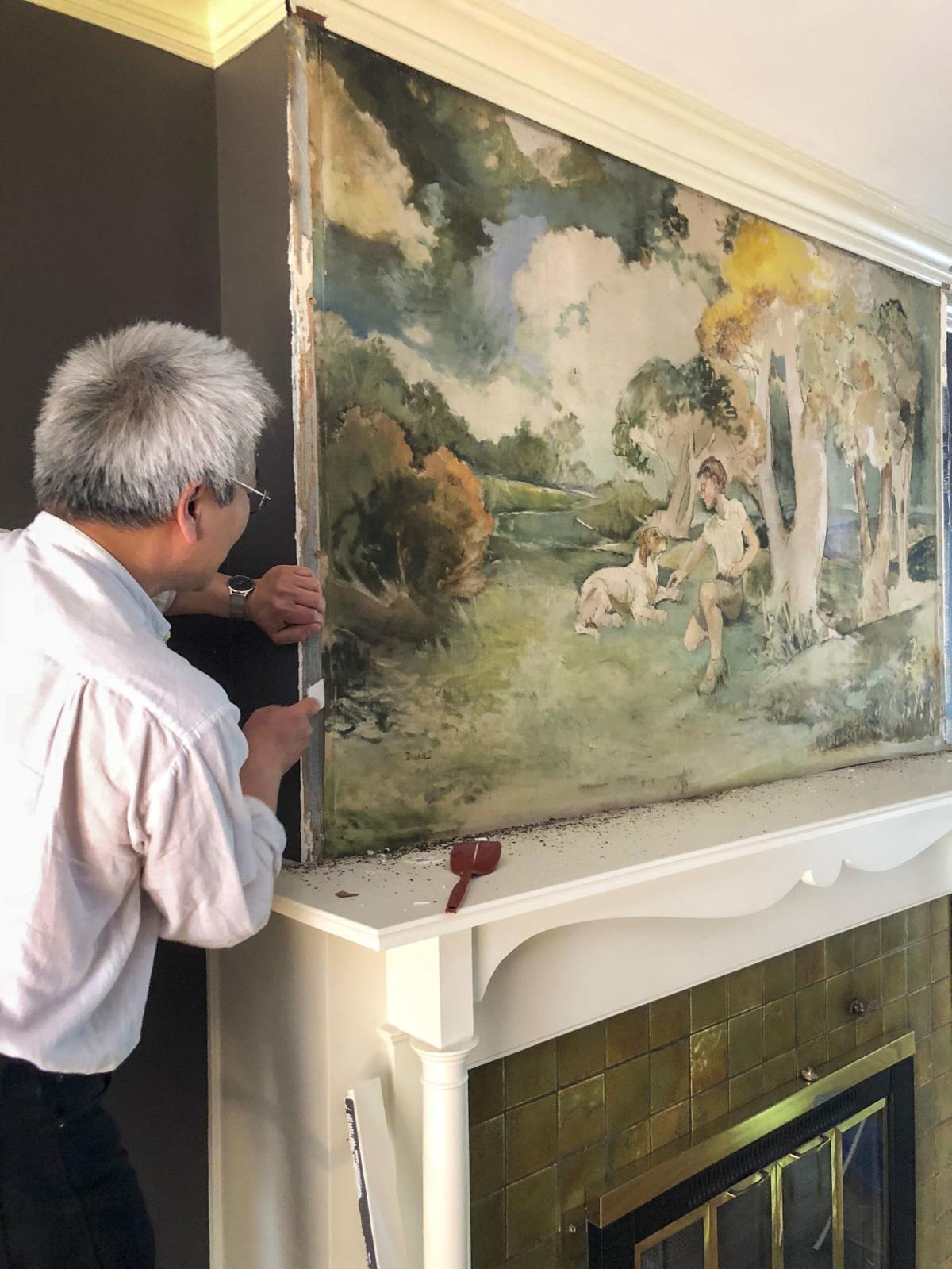 Kenneth Be, paintings conservator of the Gerald R. Ford Conservation Center, helped remove the Elizabeth Dolan painting from its longtime home above the fireplace of a house on South 24th Street. 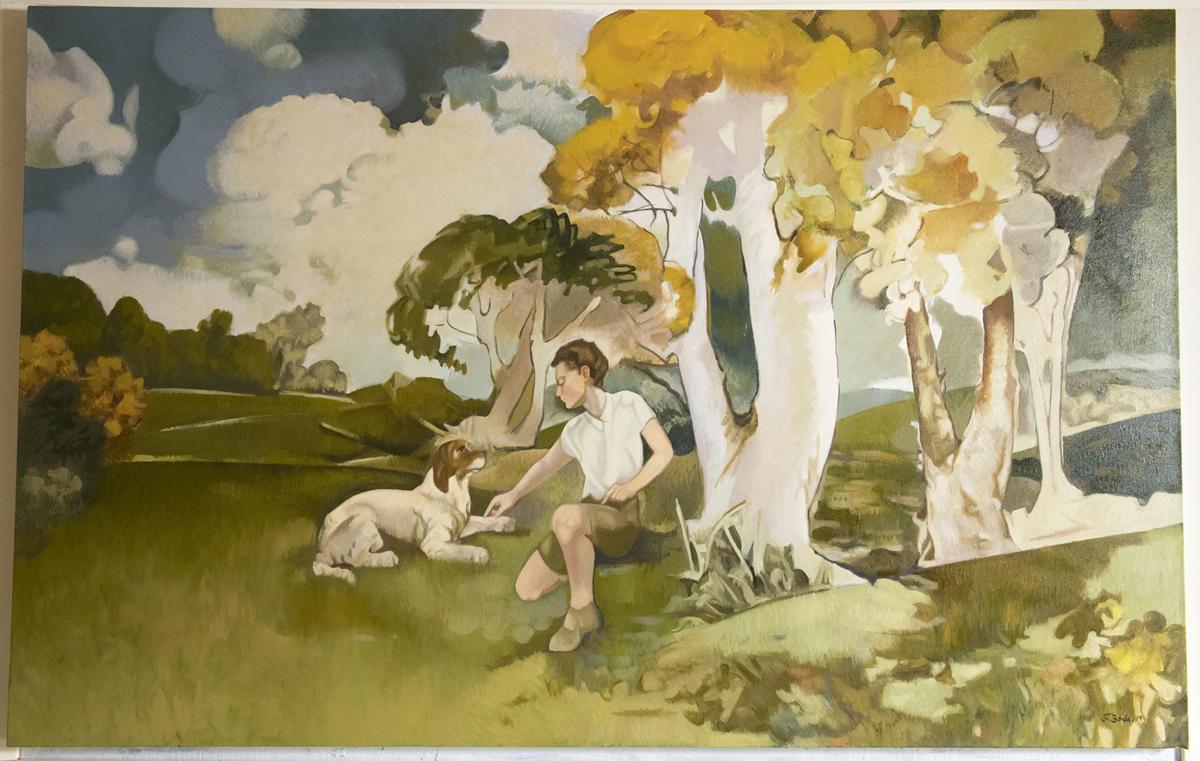 Lincoln artist Faridun Zoda studied Elizabeth Dolan and her work before recreating the painting that used to hang in a house on South 24th Street.

The painting had been glued to the wall for decades, but Buck Kiechel (left) and Kenneth Be had it down in about 10 minutes.