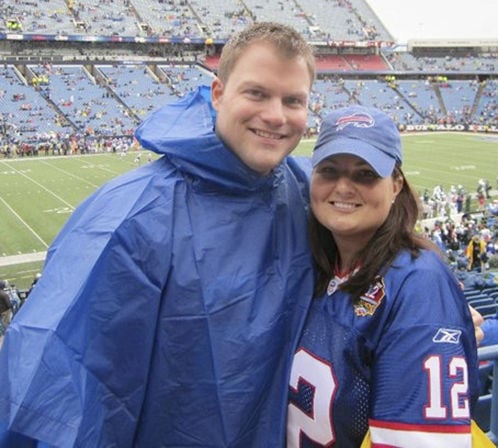 Kevin and Sunny Forrest have made several pilgrimages from Grand Island to Buffalo, New York, so Kevin could see his beloved Bills in person. After Buffalo clinched a long-awaited playoff berth thanks in part to Cincinnati beating Baltimore, Forrest made the first donation to the charity of Bengals QB Andy Dalton. 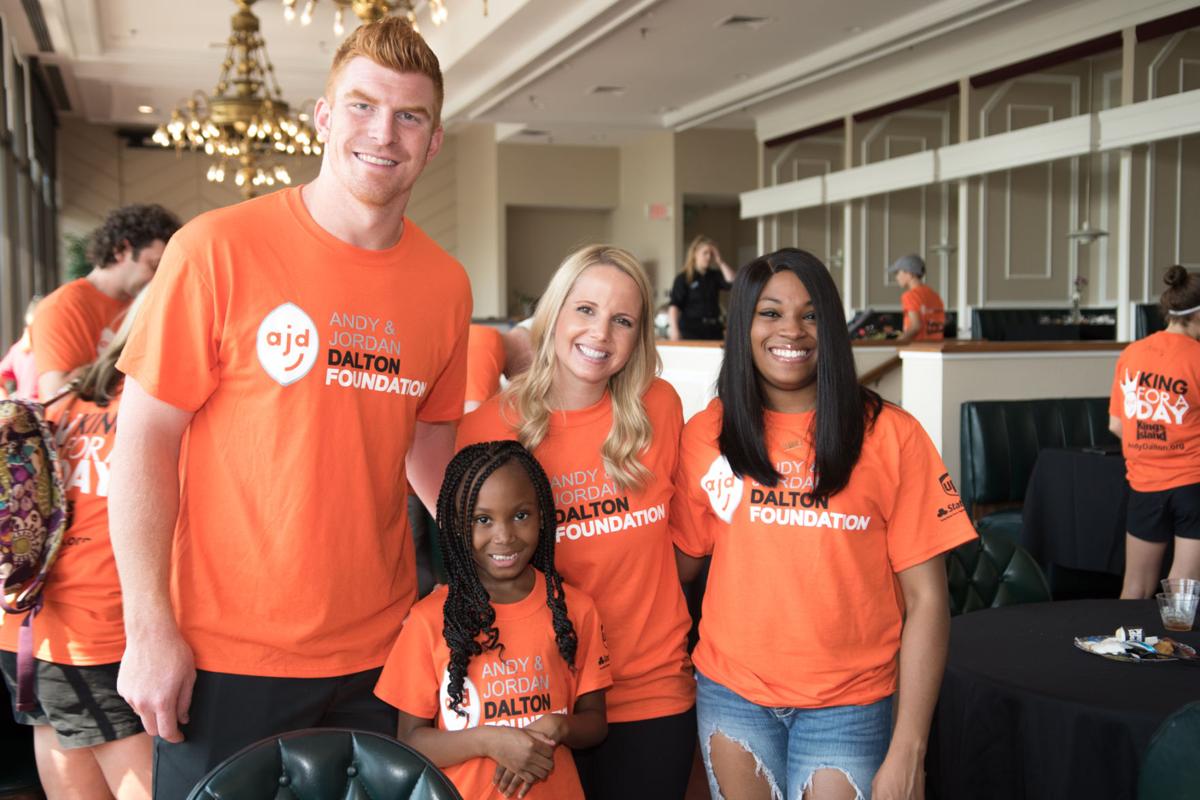 A wave of support from Buffalo Bills fans, started by one fan in Nebraska, helped provide more than $200,000 for the the Andy and Jordan Dalton Foundation after Dalton, the Cincinnati Bengals QB, helped Buffalo clinch a playoff berth.

The lifelong Buffalo Bills fan who named his pug after the team founder (Ralph) and started a charitable revolution that’s funneled thousands of dollars into the greater Cincinnati area turns out to be a guy who lives 1,128 miles away from his favorite team, in Grand Island.

“I think it’s pretty cool it appears that I started a trend, but it speaks to the heart and integrity of Bills fans,” said Kevin Forrest, who made the first of now more than 11,000 donations to the Andy and Jordan Dalton Foundation. “This shows they’re not just doing WWE moves off of RVs.”

On his phone, Forrest, 34, watched the Bills play the Dolphins while he was visiting his in-laws Sunday. Buffalo needed to win to have any chance to make the AFC playoffs, and did its part, beating Miami. Forrest then slipped into the TV room to catch the tail end of an equally pivotal week 17 game.

To make the playoffs, the Bills also needed Cincinnati to beat Baltimore. That wasn’t exactly a lock, with less than a minute to play, the Ravens up 27-24 and the Bengals facing fourth-and-forever near midfield.

The Bengals QB threw a dart to receiver Tyler Boyd, who jetted into the end zone, sending Forrest into a state of screaming euphoria. The Bengals went on to win, the Bills made the playoffs for the first time in 17 years and Forrest bounded up the stairs and hopped on a computer. He was inspired.

“I don’t know if it’s divine intervention,” he said. “Literally, after the game was over, it instantly hit me.”

His wife, Sunny Forrest, asked why he had his credit card out.

He did not buy airline tickets to Jacksonville, Florida, where the Bills play this weekend, or official Buffalo playoff gear, though that wouldn’t be a wild guess, given that he once outfitted his nephews in matching Trent Edwards jerseys.

Kevin Forrest has been a huge Buffalo fan since latching onto the Bills bandwagon as a third-grader in Omaha, during the team’s early ‘90s heydays. He’s stayed aboard during an unmatched run of mediocrity, often commiserating with a small-but-dedicated group of Bills backers who still meet to watch the team on a big TV screen at a bowling alley in Omaha.

Since moving to Grand Island with his wife and family five years ago, Buffalo support has been harder to come by. One recent Halloween, a kid showed up at the Forrest residence dressed as Tyrod Taylor. So elated was Kevin Forrest to see a kid in Grand Island trick-or-treating as the Bills’ starting quarterback that he ran up to his office and grabbed a mini helmet signed by the team’s then-running back, CJ Spiller.

So making the playoffs was a big deal. So big that Forrest was thankful not just for an extra week of Bills football, but also for the season-saving Cincy QB who indirectly made it happen.

“As soon as the game was over, it was instant gratitude, obviously,” Forrest said. “At the minimum, we need to let Andy Dalton or the Bengals know how (impacting) that was.”

He first went on Twitter (@kevboats is his handle) and considered sending a tweet in Dalton’s direction that would say not only thanks, but also ask him for a charity donation recommendation.

Instead, Forrest searched and found Dalton's charity, the foundation created by the QB and his wife to provide funding for families saddled with medical expenses.

“Obviously, I’m onboard with that,” Forrest said. “We’ve got three kids, all girls, 2 and 5 and 6. Even when everyone is healthy, it’s already challenging enough. Knowing it helps people going through hard times is just icing on the cake.”

Then he searched for a list of media members associated with the Bills. Armed with their Twitter handles, he tagged them in a message that he sent out into the particularly fervent world of Buffalo football.

“C’mon Bills fans, lets show Andy Dalton some love, I just did,” he wrote about 30 minutes after the Bengals' game ended. With the message, he included a screenshot from the web page andydalton.org, thanking him for his donation.

Bills fans collectively have earned a reputation as some of the NFL’s wildest, thanks in part to a seemingly endless collection of cellphone videos showing them pile-driving each other onto folding tables in tailgate lots.

“I don’t know how much you know about Bills fans, but they’re kind of intense,” Sunny Forrest said.

But the Forrests have made three pilgrimages to Ralph Wilson Stadium in Buffalo, and during each visit, they said they’ve felt welcomed.

The response to Forrest’s challenge tweet, which has since been retweeted more than a hundred times, echoed the sentiment.

Kevin Forrest donated $30 to Dalton’s foundation, the minimum figure that his employer, Union Pacific, will match. Since Forrest made that donation, the foundation has received thousands more, many of them pledging $17 in honor of the many, many years it took the Bills to get back to the playoffs.

Michael Perry, whose advertising company does pro bono work for the Dalton foundation, said that, as of Wednesday morning, more than 11,000 donors had contributed about $256,000 since the end of the Bengals-Ravens game.

“We cannot thank you enough,” Dalton said in a video posted on his Twitter account when the numbers were half that big. “Let's keep it going."

Dalton, through the VP of his charity, has reached out to Forrest to set up a phone call to thank the first Bills fan to donate, the one with the Nebraska area code.

Nic Kite grew up on a small farm in Nemaha County, and has fond memories of going to livestock auctions with his grandfather, where they’d sur…

Weather app doesn't match official temperature? Both could be right

Last Wednesday morning at 4:54 a.m. the National Weather Service reported Lincoln’s temperature, as it does every hour, from readings collecte…

UNL study shows how your brain braces for rejection

Your wife left you.

The last time Lincoln experienced any significant rain — remember rain? — you could still find Halloween candy on the non-discount shelves.

Kevin and Sunny Forrest have made several pilgrimages from Grand Island to Buffalo, New York, so Kevin could see his beloved Bills in person. After Buffalo clinched a long-awaited playoff berth thanks in part to Cincinnati beating Baltimore, Forrest made the first donation to the charity of Bengals QB Andy Dalton.

A wave of support from Buffalo Bills fans, started by one fan in Nebraska, helped provide more than $200,000 for the the Andy and Jordan Dalton Foundation after Dalton, the Cincinnati Bengals QB, helped Buffalo clinch a playoff berth.