WAVERLY – Temperatures topped out in the mid-80s over Labor Day weekend, just warm enough to warrant a swim or an ice cream run to beat the heat.

Waverly families looking to do the latter that weekend were met with a new ice cream option, parked on the side of the street in an old camper. For most of Sunday and Labor Day Monday, a line extended from the camper out to 141st Street.

It was the soft grand opening of Sweets On The Streets -- the idea hatched by Jessica Skar, who wanted to give Waverly a spot to grab an ice cream cone after sunset.

“We just kind of heard from people around town that it would be nice to have something like that,” Skar said. “And it turned out to be great.”

Soon after Skar and her husband PJ moved to Waverly in 2020, they looked forward to summer nights when they could take their daughters down to Vike’s Corner Cafe for a few scoops or a soft-serve cone. They’d see other families there that had wheeled to the Highway 6 shop on their golf carts.

“We liked seeing families going up to Vike’s on golf carts and four-wheelers, waiting for their cones and spending family time together,” Skar said. “Once we noticed that that wasn’t happening anymore, we thought, ‘We should do that!’”

Skar was inspired by a fictional bakery that operates out of a trailer in the Netflix drama “Virgin River,” so she began scouring the web for interior design ideas, ice cream suppliers and a pull-behind camper.

In May, she found what she was looking for in a Facebook Marketplace listing near Ashland, and she and PJ gutted the camper down to the frame. Over the summer, they built it back up to sport a retro theme with a mint green stripe snaking around the exterior.

“I just wanted something cool,” Skar said. “Not just some plain trailer that you’re going to pull up to. Something fun.”

There are still a few cosmetic features left to add, like an awning above and framing around the window.

“But we were at the point where we could go, ‘OK, let’s try a soft opening.’ And it went so well,” Skar said.

For their first weekend, they parked outside of Davidson’s Plumbing and Welding along 141st Street, across from the Waverly Community Foundation Building. The word spread quickly, and before long, golf carts and ATV’s were rolling up to the camper for a frosty treat.

“We watched families pull up, and kids were dripping cones all over,” Skar said. “It was great.”

Of the dozen 2.5-gallon tubs of ice cream that Skar stocked up on before the opening, only two remained by the end of Labor Day. And the monster cookies they had for sale dwindled down to the last batch. So Skar quickly had to place orders for the next weekend.

The Skars source their ice cream from the Missouri-based Ice Cream Factory, which sells wholesale to retailers around the Midwest. On opening weekend, Skar loaded up on the popular "Blackberry Cobbler" and the top-selling "Tiger King" flavor, which mixes orange cake-batter ice cream with Oreo chunks.

“I wanted ice cream that you couldn’t go and get in a Blue Bunny box at the store,” Skar said. “That would defeat the purpose.”

Sweets On The Streets offers samples, but for many customers who forgo that option, the flavor they pick is on a leap of faith. Skar and PJ said that’s one of the best parts of the job.

“Seeing people react to different flavors, and when they take that first bite, like ‘Ooh, that is good,’” she said.

The plan is to keep the camper open as much as possible, even through the winter when they plan to carry warmer treats, like hot cocoa. But the late-summer ice cream sales are a good test run for when they hit the ground running as it heats up again next spring.

“We’re working out all the kinks and stuff that we will be better prepared for in the spring,” Skar said.

And Skar said she already has event planners reaching out to get Sweets On The Streets out to farmers’ markets and community gatherings. Her ultimate goal is to receive a vendor invitation to Seward’s annual Fourth of July celebration.

The Skars don’t expect to get rich from Sweets On The Streets. More than that, it’s an opportunity for their daughters to learn how to operate a business (with the reward of keeping the tips) and for the family to meet more people around Waverly, some of whom live just down the street.

Sam Crisler is a reporter for The Waverly News. Reach him via email at samuel.crisler@wahoonewspaper.com.

The Wyuka Board of Trustees unanimously agreed to relocate the mural in the southwest portion of the cemetery, near a pond in what was Lincoln's first public park in 1869.

Another motorcyclist died in a similar crash on Rosa Parks Way in June 2014.

One of the hunters was flown to Lincoln because of his serious injuries.

The dilapidated Blackstone apartments at 300 S. 16th St. have a savior: Seth and Luke Flowerday, who plan to renovate it and create affordable housing.

Investigators searching the former site of Victory Auto Repair found 101 catalytic converters at the shop Sunday morning, according to police.

Ryan Kizzier was a husband and father of two young boys.

A pair of brothers were arrested and one is facing a felony charge after allegedly threatening residents near Peter Pan Park on Thanksgiving.

Two Nebraska women are suing the makers of pressure cookers in separate product-liability lawsuits after both sustained injuries when the cookers exploded.

Dr. Anthony Fauci on battling COVID-19 in a divided U.S.

Dr. Anthony Fauci on battling COVID-19 in a divided U.S. 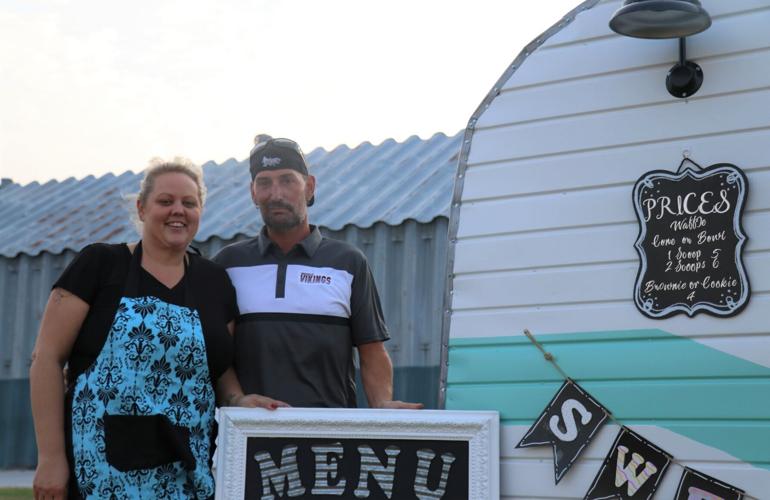 YUM: Jessica and PJ Skar stand outside their new ice cream camper business Sweets On The Streets last Friday night. They celebrated their soft grand opening over Labor Day weekend. The room in their trailer allows them to stock up to eight flavors at a time. (Staff Photos by Sam Crisler) 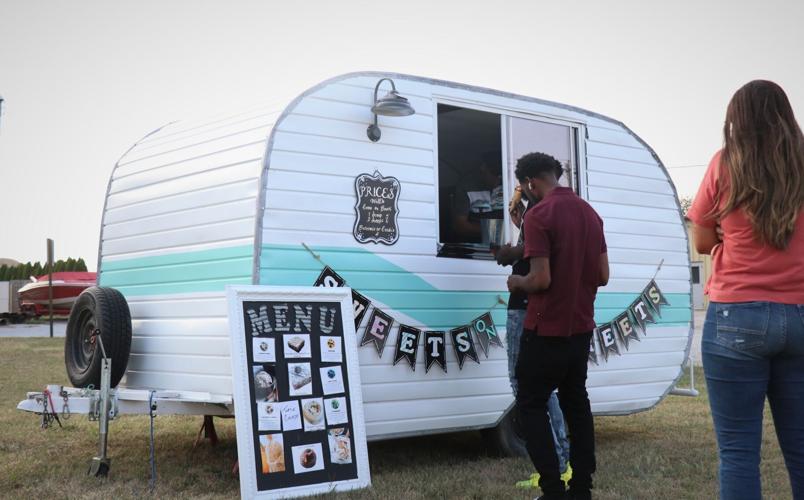 HIGH DEMAND: Customers line up in front of Sweets On The Streets on Friday evening. The camper’s home base is on 141st Street in front of Davidson Plumbing & Welding. (Staff Photos by Sam Crisler)