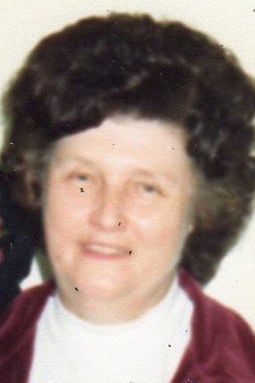 Lucille Mae Hlavaty, 89, was born in Wahoo, NE to Joseph and Sophie Beranek on December 5, 1929. She married Edward J. Hlavaty on June 25, 1951 in Wahoo, NE. Lucille went to beauty school in Omaha, NE and worked as a hairdresser before she was married. After she was married, Lucille worked at the Elgin Watch Company in Lincoln, NE.

Mass of Christian Burial will be 2 p.m. on Saturday, December 7, 2019, at St. Joseph Catholic Church, Lincoln, NE. Visitation is 9 a.m. to 9 p.m. Friday, December 6, at Butherus, Maser & Love Funeral Home. In lieu of flowers memorials may be given to The Callahan Cancer Center or Bryan Memorial Hospital. 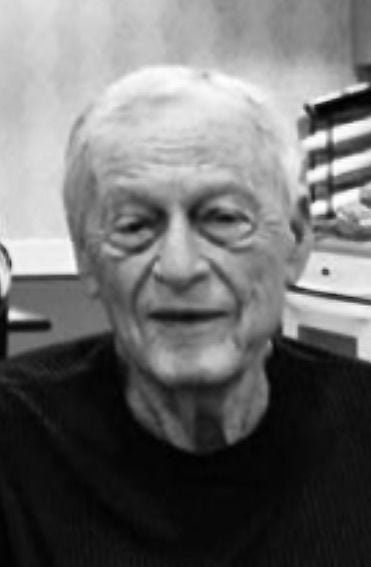 Harry W. Burkey, age of 90, died on November 30, 2019. Harry was born in Milford, Nebraska, to William and Evangeline Burkey. He attended Lincoln High, Lincoln School of Commerce and graduated from Golden West College in Huntington Beach, California. He worked for Swift Adhesives, a division of Reichold Chemical. He retired as the regional manager of the west coast area. In retirement, he pursued his passion for golf. Playing every weekday, he enjoyed Mahoney, Crooked Creek, and Holmes Park. As a true Husker fan, he held season football tickets.

Harry was preceded in death by his parents, William and Evangeline Burkey, sister Marjorie Danekas, grandson Matthew Wingstedt, and daughter-in-law Belen Burkey. He is survived by his wife of 69 years, Sharlet Burkey, his children Greg Burkey, Kiley Wingstedt and husband William, Sandra Ratzlaff and husband Allen. Surviving siblings are sister Vyral Brown and brother Steve Burkey. Grandchildren include Rachel Kriz and husband Ryan, Zachary Ratzlaff, Gabriel Ratzlaff and wife Mardi, and Claire Kane and husband Mike. He left behind four great-grandchildren and many nieces and nephews. 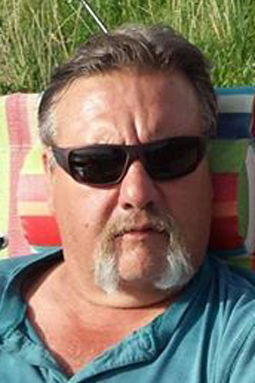 William Emerson (Bill) Bush of Edgar, Nebraska passed away at his home on Sunday, December 1st 2019. Bill was born to William and Jean (Marks) Bush on April 10th, 1953 in Topeka, Kansas.

Memorial services will be held this Saturday 10:30 am December 7, 2019 at the Williams Funeral Home Chapel in Edgar, NE. Pastor Brian Faust will be officiating. Inurnment will be held in the Edgar Cemetery, Edgar, NE. Condolences may be sent to the family at wmsfh.com. Memorials in lieu of flowers may be directed to Patriot Riders/Edgar Fire Department/Edgar American Legion. Book signing will be on Friday from 10 am to 7 pm with the family present to greet callers from 5 pm to 7 pm at the funeral home. Williams Funeral Home of Edgar, NE is in charge of the arrangements.

David Keith Kovanda, 70, died on Thursday, October 31, 2019, at his home in Meiden, Connecticut. Dave was born on October 27, 1949, in Lincoln to Keith and Shirley (Anderson) Kovanda. He graduated from Kearney High in 1967, after which he enlisted in the Navy. Following his military service, he received his associate's degree from Southeast Community College in Milford.

Dave would go on to work as an electronic technician at Notifier in his home town of Lincoln. In the late 1980's Dave followed the company, now Honeywell, to Hartford, Connecticut, where he would work until his retirement. He loved vacationing at the family cabin in Nisswa, Minnesota and enjoyed music, computers.

He is survived by his mother; Shirley Scheer, sister; Sara Kovanda and son; Tyler Waller all of Lincoln, many cousins, nieces and nephews. He was preceded in death by his father; Judge Keith Kovanda, step-mother; Pam, and his brothers Kim and Tom.

Emma G. Stapleton, 82, of Lincoln, died December 4, 2019. Born on November 13, 1937. Viewing 9 – 10 am Saturday followed by a funeral at 10 am Saturday at Butherus, Maser & Love Funeral Home, Lincoln. Burial will follow at Yankee Hill Cemetery in Lincoln. Memorials to the family. Condolences at bmlfh.com.

Graveside Service: Monday, December 9, 2019 at 11:00 AM at Lincoln Memorial Park and Cemetery, 6700 South 14th Street, Lincoln, Nebraska 68512. Family and friends will be meeting at gate 2 before the service. In lieu of flowers memorials can be made to the Capital Humane Society of Lincoln. lincolnfh.com