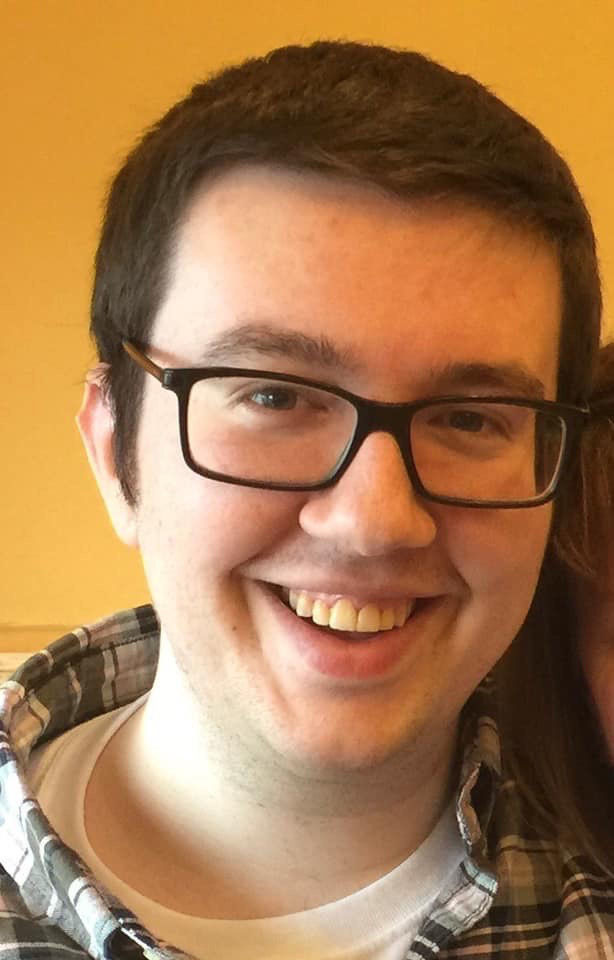 Nicholas A. Mantzios, 28, of Minneapolis, Minnesota, passed away on December 1, 2019. Born July 6, 1991 to Christos Mantzios and Melanie Whittamore-Mantzios in Lincoln, NE. Nicholas graduated from Lincoln East High School and earned his BS from Case Western Reserve University in Cleveland, OH. Nicholas worked as a Biomedical Engineer at Medtronic.

Survivors include his parents; sister, Sophia Mantzios; many aunts, uncles, cousins and friends. Preceded in death by his grandparents and cousin, James Whittamore.

Celebration of Life gathering will be 1-3 p.m. Saturday (12/7) at Roper and Sons South Lincoln Chapel, 3950 Hohensee Dr. Cremation, no visitation. Memorial contributions may be directed towards the family for future designation. Condolences online at Roperandsons.com. 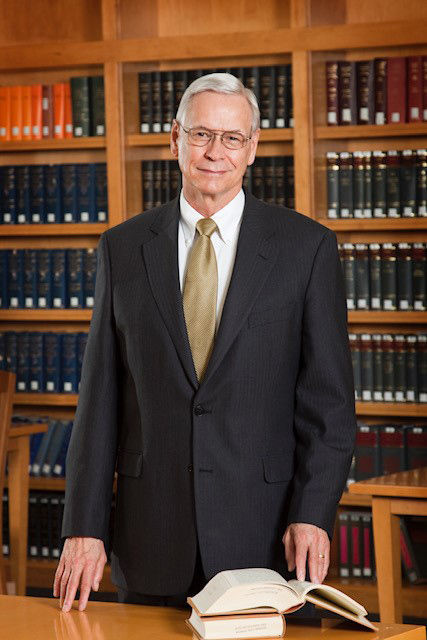 Martin Gardner, 75, of Lincoln, died on November 27th, in Lincoln, following a brief illness. He was surrounded by friends and family. Born in Salt Lake City, Utah, Marty was a retired member of the Utah and Nebraska National Guard Bands with twenty years of service on clarinet. He attended the University of Utah, receiving his BS in 1969 and his JD in 1972, where he was editor for the Utah Law Review.

In 1987 he was named the Steinhart Foundation Professor of Law and in 2002 the Cline Williams-Flavel A. Wright Professor of Law. His time at UNL and Alabama resulted in the publication of many articles and books, including; Understanding Juvenile Law, which is in its 5th edition. Marty also taught Family Law at Downing College, Cambridge University, UK in 2006 and 2013.

Marty cherished his family and his students. He loved the music of Ralph Vaughn Williams, Edward Elgar, Gustav Mahler, and the Bach B minor Mass. He was a fan of golf and Husker football and basketball. An active member of the Church of Jesus of Latter-day Saints, he was an avid reader of church history and the Holy scriptures. He attended every event or game of his grandchildren. He loved attending the Winter Quarters Temple with his wife and eternal companion, Anne.

Services celebrating his life will be Saturday, December 7, 2019, 10:00 am at the Church of Jesus Christ of Latter-day Saints, 3000 Old Cheney Rd, Lincoln. Donations may be made to the Lincoln Community Foundation (Faith Coalition of Lancaster County) or the Nebraska National Guard Foundation. 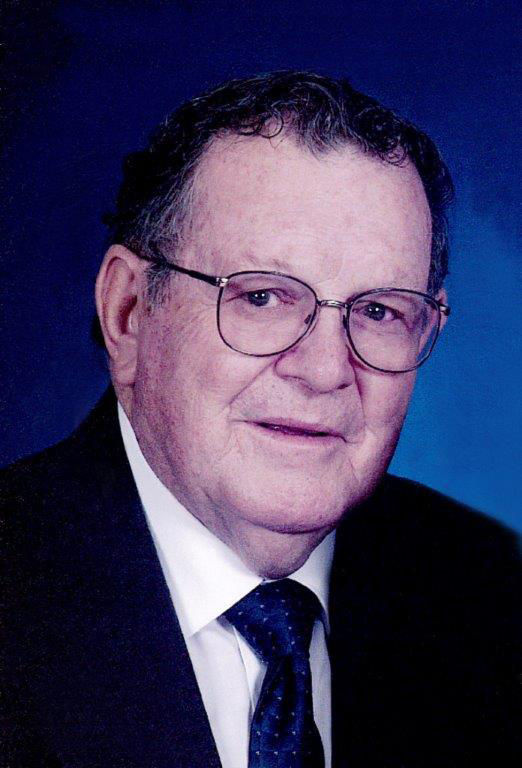 Lloyd Raymond Clagett, 88, of Lincoln passed away on Saturday, November 30, 2019. Lloyd was born in Hastings, NE, on April 11, 1931, to Mary (Bassett) and Wilbur R. Clagett. He grew up in Lawrence, NE, with parents who served as depot agents for the Missouri-Pacific railroad line. This took him to many towns in central Nebraska and northern Kansas. His upbringing provided him many rail-travel adventures as a young boy.

Lloyd graduated from Lawrence High School in 1949, and attended the University of Nebraska-Lincoln. He served in the US Navy during the Korean War, from 1952-1956, and was stationed in California, Maryland and, for most of his military service, in Guam. Lloyd was a Personnelman and received recognition and commendations for his service. He was honorably discharged and was a member of the American Legion.

On April 27, 1957, Lloyd married Lois Priess at Calvary Lutheran Church in Lincoln. Together they raised two children. He was employed by Cushman Motor Works for 43 years as an Accounts Payable Supervisor before retiring in 1992. After retiring, he worked at Bryan/LGH Medical Center. He mentored youth through Junior Achievement for several years.

Lloyd was talented in fixing and repairing many things from motors to mowers, and was a fine craftsman. Throughout his life, he had a skill and fascination with bicycles, repairing and restoring countless bikes for charities and children. A dedicated family man, Lloyd enjoyed doing things with his wife and children, and for neighbors. He was a loving and devoted husband and father, and a longtime member of Calvary Lutheran Church. 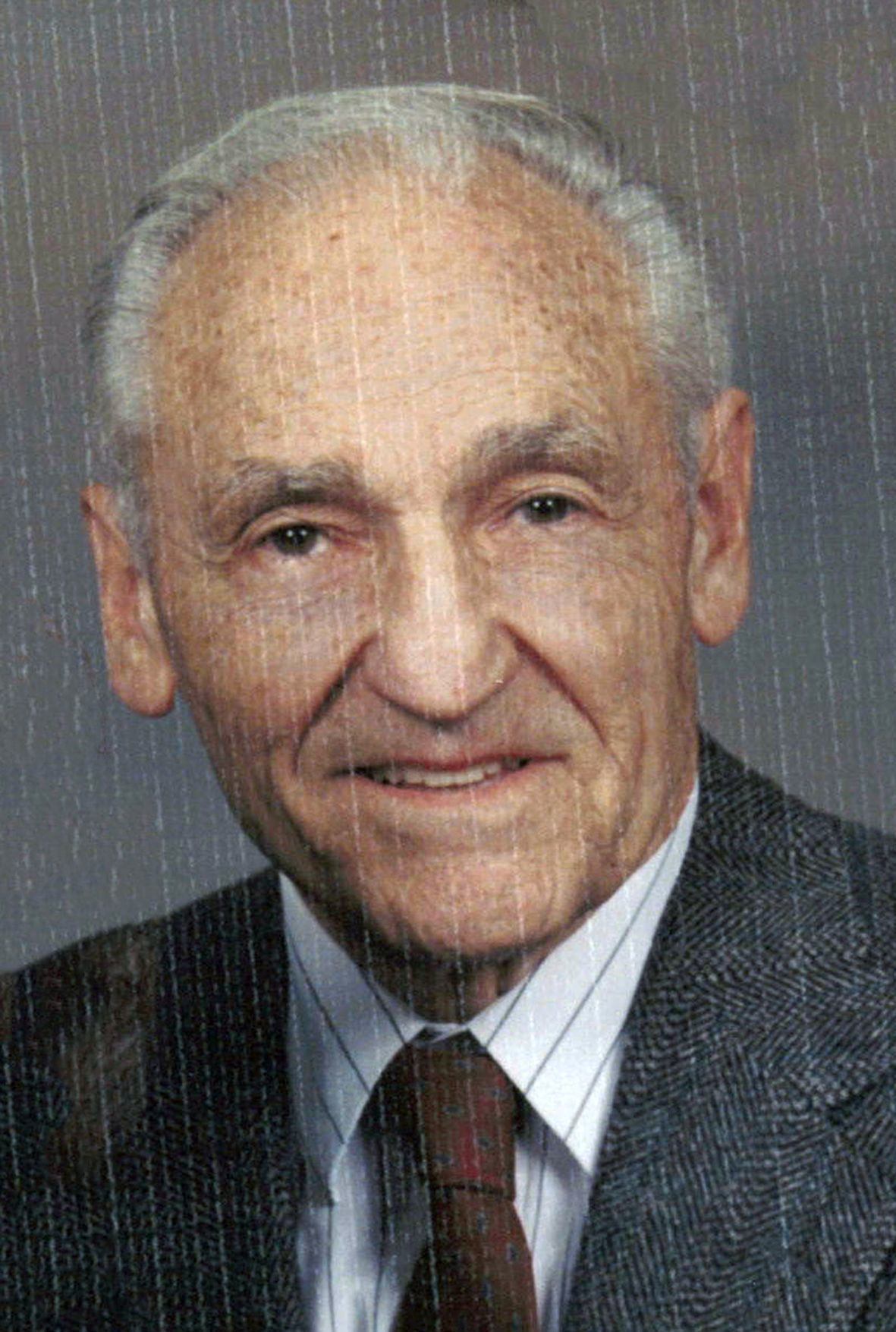 Jim was a past member of Fairmont Community Church in Fairmont, NE and a member of Sheridan Lutheran Church in Lincoln, American Legion Post #3. Engineers Club of Lincoln, American Society of Mechanical Engineering, American Society of Engineering Education, Sigma Xi, Tau Beta Pi and Pi Tau Sigma (Engineering fraternities) and was a Midwest Golden Gloves Champion. He enjoyed swimming, reading, yardwork, the outdoors and gardening. He was described by his wife Joan as a kind, generous, loveable, good father and family man. 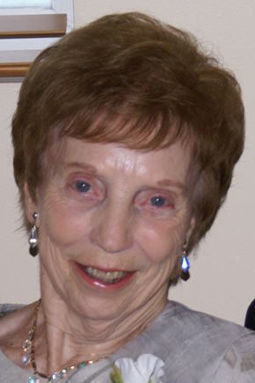 Deloris Ann Kriz, 91 of Lincoln, passed away December 2, 2019. She was born June 26, 1928 in Valparaiso, NE to Louis and Clara (Hawkinson) Chuda. She worked at Novartis as a traffic administrator clerk, state farm insurance, and the state office building. She was a member of St. John's Catholic Church, VFW, enjoyed to bake, cook and Husker football and Patriots. 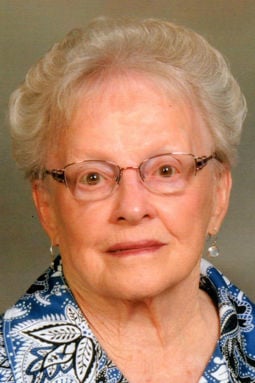 Jeanette Sarah (McCabe) Pincsak of Lincoln, NE passed away on November 30, 2019 at the age of 95. She was born November 16th, 1924 in Caledonia, MN to Emmet & Emma (Schnedecker) McCabe. Her family later moved to LaCrosse, WI where she graduated from Aquinas High School. She married Ervin Pincsak in 1942. They lived in Fairmont, MN before moving to Lincoln, NE in 1967.

Mass of Christian Burial will be 10:30 AM on Friday, December 6, 2019 at Blessed Sacrament Catholic Church. Fr. John Sullivan will Celebrate. Interment will follow in Lincoln Memorial Park. Visitation will be 12-7 p.m. on Thursday, December 5, 2019 at Butherus, Maser & Love Funeral Home, 4040 A Street, Lincoln 68510. A rosary will be said at 7 p.m. at the funeral home. Memorials are suggested to the Blessed Sacrament Church or School. Online condolences may be left at www.bmlfh.com. 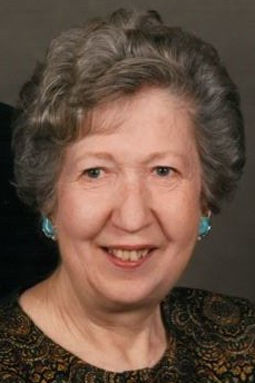 Edna L. Prange, 89, of Lincoln, NE passed away November 29, 2019. She was born December 29, 1929 in Hoxie, KS to Ernest and Hulda Hesterberg. She became a member of Trinity Lutheran Church in 1952. On April 8, 1961, she married Clyde and they enjoyed 57 years of marriage. She liked cooking, baking and spending time growing her flowers. 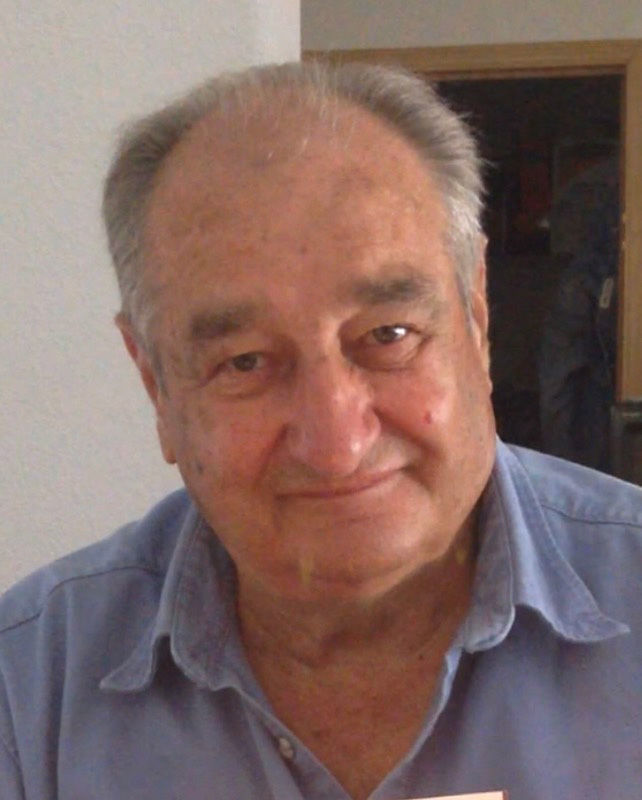 Allen D. Apfel, 80 years of age, of Cortland passed away Friday, November 29, 2019 at his home. He was born on July 4, 1939 in Meadow Grove to Leonard and Marguerite (Boschult) Apfel. Allen honorably served his country in the United States Army. He attended the University of Nebraska at Lincoln for Architecture. Allen was a lifelong farmer and had a passion for his cattle and being a herdsman. He was a member of Lincoln Berean Church where he served as an usher and enjoyed restoring antique tractors, farming, traveling to Colorado and especially time with his grandchildren.

A Celebration of Life will be held at 11:00 AM Friday, December 6, 2019 at Lincoln Berean Church in Lincoln with Pastor Josh Luse officiating. Private inurnment will be in the Hillcrest Memorial Park Cemetery in Norfolk. There will be no viewing or visitation. Memorials are suggested to the American Cancer Society in care of the mortuary. Condolences may be left online at www.harmanwrightmortuary.com. Harman-Wright Mortuary & Crematory in Beatrice in charge of arrangements. 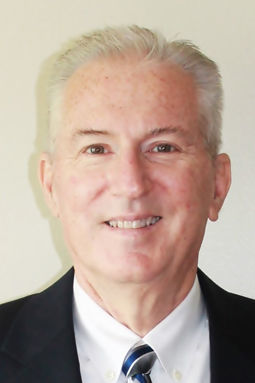 Brian Lee Anderson, 58, of Fremont, NE, passed away on Thursday, November 28th, 2019 peacefully at his home. Retired Fremont Public School Director of Band and Orchestra and current Commander of the 43rd Army Band.

Memorials may be directed to the Dr. Brian L. Anderson Memorial Scholarship (c/o Fremont Area Community Foundation indicate “Dr. A. Scholarship” in Special Notes section), the Omaha Symphony or the Lied Center for Performing Arts in Lincoln, NE. Visitation will be Friday, December 6th at Ludvigsen Mortuary Chapel (1249 E. 23rd) in Fremont with the family receiving friends from 4pm to 8pm. Funeral services will be Saturday, December 7, 2:00 pm at the Fremont High School Auditorium (1750 N. Lincoln, Fremont, NE, enter south doors). Interment with Military Honors will be at a later date. Online guestbook at Ludvigsenmortuary.com

Pastor William L. Mize, 80, of Lincoln, passed away Monday, December 2, 2019. Born on February 1, 1939 in Vincennes, Indiana to Louis and Betty (Linn) Mize. He married Carolyn Greemore on June 20, 1959. He was a loving husband and caring grandfather.

Private family services. Memorials in lieu of flowers may be designated to Pregnancy Center. Condolences may be left online lincolnccfh.com

Mozette Tancil at the age of 92, fell asleep in death on November 12, 2019. Mozette was born in 1927 to Peter and Lucy Jane Hugger in Biloxi, Mississippi. Loving and faithful Jehovah Witness for many years.

She was preceded in death by her parents and her 8 brothers and 2 sisters and her grandson Duane Johnson and her husband Herchel Tancil. Survivors include her daughter; Lorette Eve Gamble; granddaughter Niya Gamble; grandsons Sean and Timothy Gamble; sister-in-law Fannie Hugger; 8 great-grandchildren and a host of nieces and nephews. 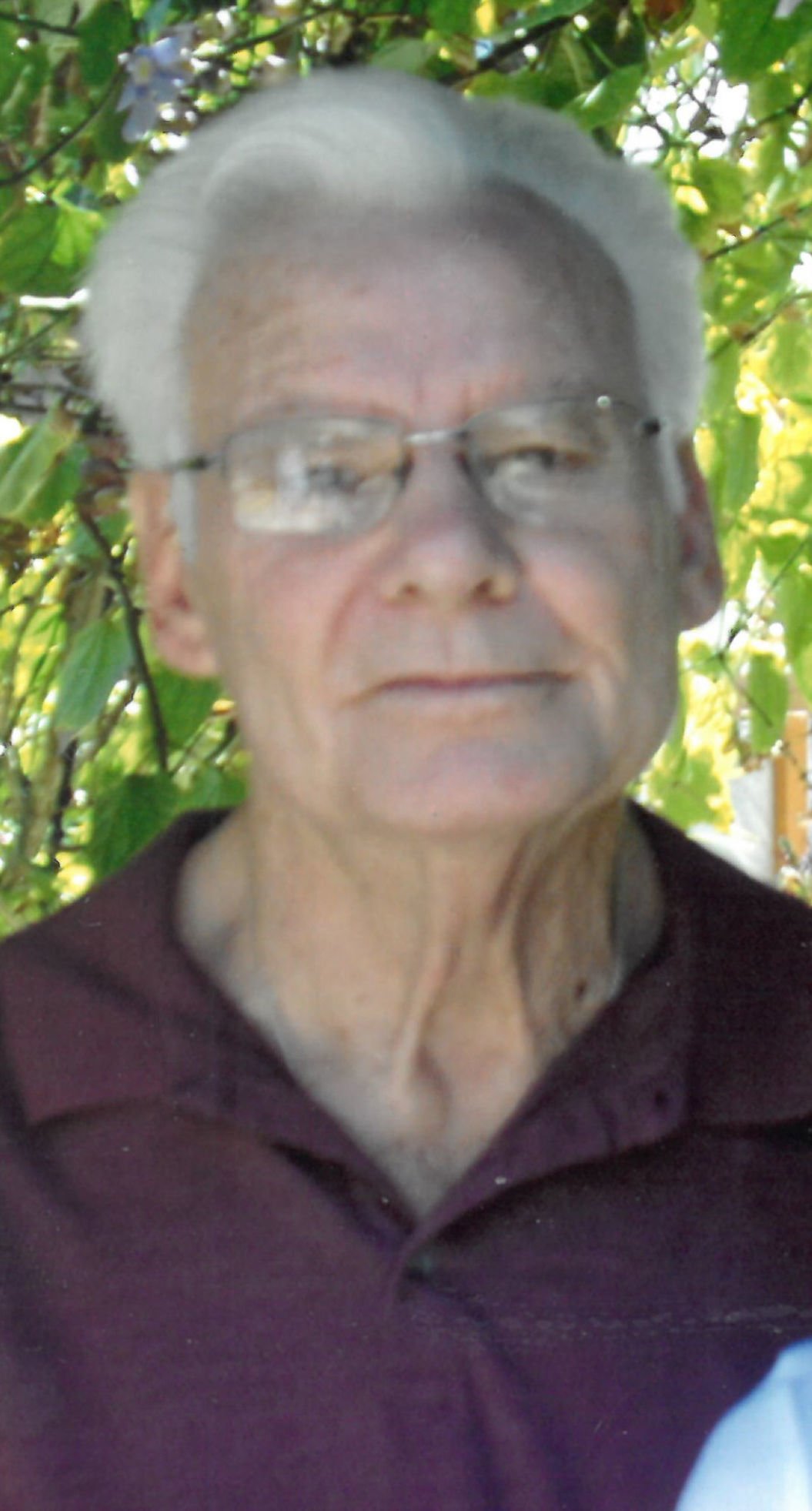 Larry is survived by his wife, LaJean; children, Todd Moats and Kristin (Wayne) Pence; grandsons, Nathan Pence (Emely Molina) and Kaleb Pence; 4 sisters; 3 brothers and many nieces and nephews. He was preceded in death by his parents and 3 brothers. 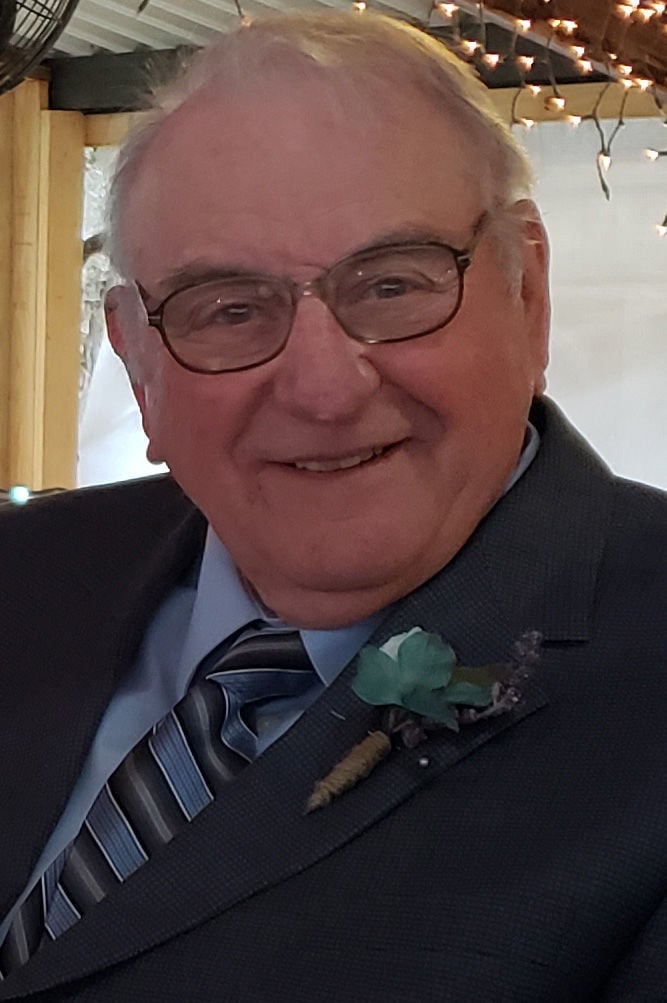 Joe A. Houfek, 84, of Lincoln, passed away December 1, 2019. Born June 30, 1935, the son of Joe and Libbie Houfek. Retired Civil Engineer, Department of Roads. He was an avid golfer and a member of the Lincoln Volkssports Club.

He is survived by his daughters, Mary (Jed) Plies, Melissa (Pete) Dennis and Michelle (Shawn) Bulin; Son, Michael (Norma) Houfek; 8 grand-children and 1 great-granddaughter; and special friend, Wilma. He is preceded in death by his parents and stepmother, Fern. 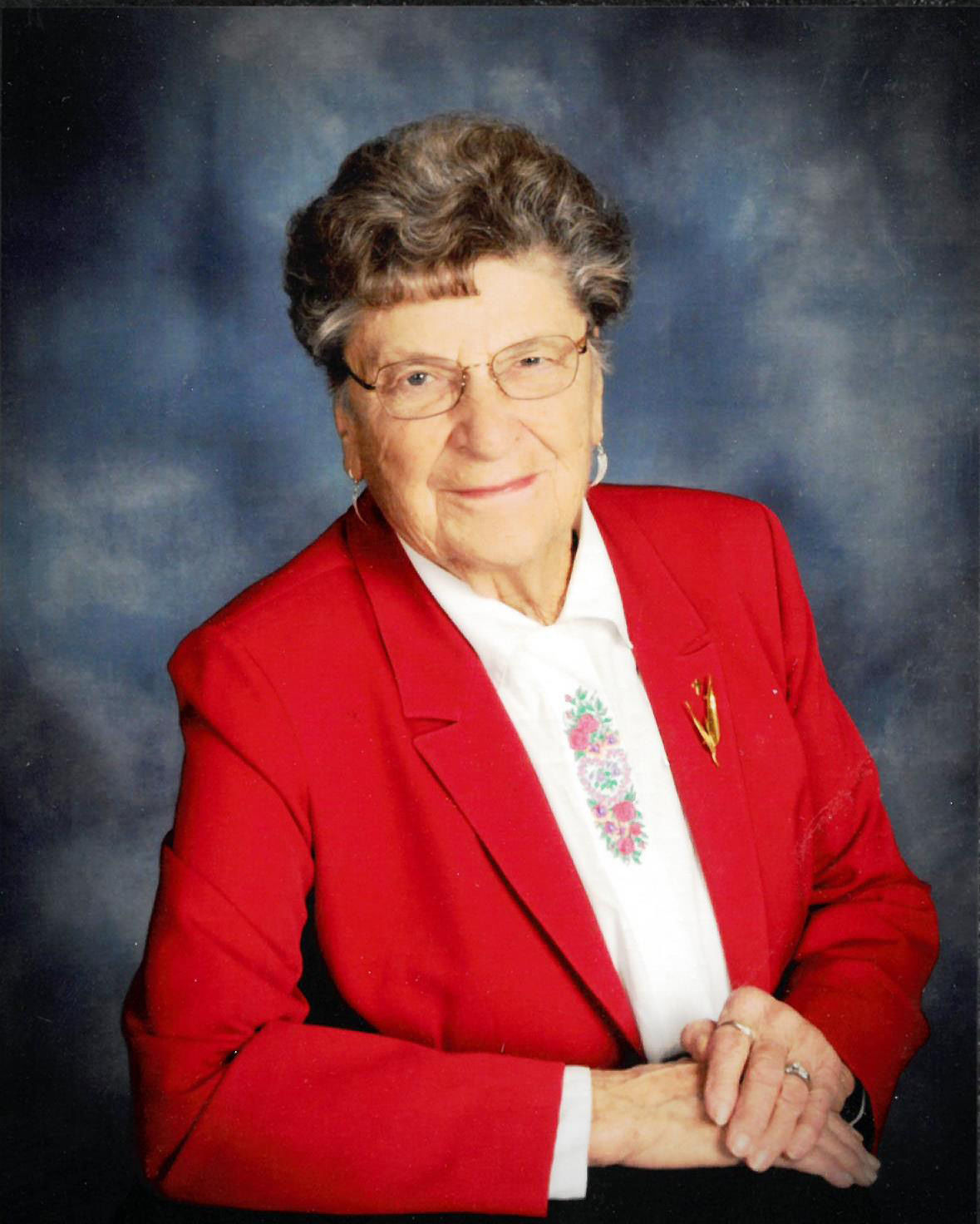 Born in Talmage, NE, on October 28, 1926, to Frank and Anna (Rinne) Dermann. She was a member of Northeast United Church of Christ, a booster with the gymnastic program at the University of Nebraska, enjoyed traveling and gardening, especially her tomatoes.

Family members include her son Roger of Maui, HI, and daughter Lynne (Dan) Kapeller of Cheyenne, WY; four grandchildren, Leah and Alex Kapeller and Alana and Garret Bush. Preceded in death by her parents, husband Dale and son Michael.

Edna L. Prange, 89, of Lincoln, NE passed away November 29, 2019. She was born December 29, 1929 in Hoxie, KS to Ernest and Hulda Hesterberg. She became a member of Trinity Lutheran Church in 1952. On April 8, 1961, she married Clyde and they enjoyed 57 years of marriage. She liked cooking, baking and spending time growing her flowers.

Jeanette S. (McCabe) Pincsak, 95, of Lincoln, passed away on November 30, 2019. Mass of Christian Burial will be 10:30 AM on Friday, December 6, 2019.Interment will follow in Lincoln Memorial Park. Arrangements entrusted to Butherus, Maser & Love Funeral Home.