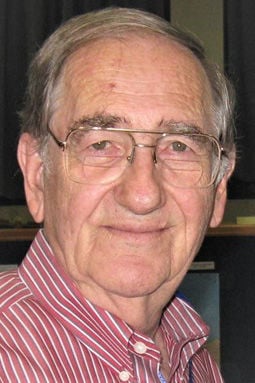 John D. Turner died Saturday, October 26, 2019 at his home with his loving wife, Elizabeth Sterns and his beloved daughter, Angie Turner at his side. He died following a short illness from cancer.

John was born to Warren O. and Dorothy (Holdsworth) Turner in Glen Ridge, New Jersey. He spent his early childhood listening to his mother play the piano, summering at Cape Cod and taking many trips to the shore, beginning his lifelong love of swimming in the ocean. After the death of his mother in 1950 he went to Oakland Military Academy at the age of 11, then attended Trinity Pawling Preparatory School, graduating in 1956. He was a member of the football and track teams, where he his best mile in a time 4 minutes 27 seconds.

He followed his father to Dartmouth College majoring in philosophy and mathematics. While there, he was a member of Phi Tau Fraternity and the swim team, where he swam butterfly, winning NCAA medals. He joined Army ROTC and was activated into the Army at the rank of 2nd Lieutenant, before being honorably discharged in 1968.

He then went to Union Theological Seminary, Richmond, VA, (Presbyterian). While there he earned both a B. Divinity (1965), and a M. Theology (1966). He then enrolled in Duke Graduate School. There, his thesis advisor was Orval Wintermute, who introduced him to the ancient Gnostic documents that had been found in a cave near Nag Hammadi, Egypt.

He learned of a scholar, James Robinson, at Claremont Graduate School who was putting together a group of scholars to re-construct, translate and write commentary on these documents. John jumped at the chance to work on this previously unknown corpus of literature that had been buried since the early third century. He wrote his dissertation on the Book of Thomas (the Contender) from this corpus of literature. His defense of his work was so impressive that the head of his committee said it was the best defense he had ever heard a student give.

Duke, Ph.D, Religion (1970), with highest distinction, Phi Beta Kappa. He continued to work in Claremont also serving as Asst. Dean. He then took a position at the University of Montana-Missoula where he also began his solo singing career. Encouraged by his wife, Irene, he began voice lessons with a voice professor at U of M. During the summer he served as the rehearsal soloist for the summer performances of various oratorios directed by Robert Shaw. In addition he loved the mountains and enjoyed fly fishing in the area's many rivers and streams.

Following the Cotner College School of Religion's (which worked out of a building on R Street across from the UNL Library), decision to close, they put their resources into the establishment of a Religion Program at UNL, thus providing for the hiring of a new full-time Religion Professor to develop this new program. John was invited to come to the University of Nebraska-Lincoln in the fall of 1976 as the first professor of Religious Studies at UNL.

In 2002 he was awarded the UNL Outstanding Creative Activity Award. The selection committee said the following about his research: “For 35 years he has been active in the restoration, conservation, translation and interpretation of the ancient library of 13 Papyrus codices containing more than 50 gnostic and religio-philosophical texts of Jewish, Christian and Pagan provenance. Translated into Coptic, the language of Christian Egypt these codices, buried sometime in the 3rd or 4th Century were found buried in a jar near Nag Hammadi, Egypt. There were discovered in December 1945. John has published 7 of these texts in both the English and French language series of standard critical editions. In the process, these have brought to light the existence of a hitherto unrecognized competitor of early Christianity, Gnostic Sethianism, whose 300-year history he has reconstructed from 14 Nag Hammadi texts.“Working with Kevin Corrigan of Emory University, John, having identified and previously examined what came to be know as the “Sethian Gnostic” documents from the Nag Hammadi, as having been influenced by the Neoplatonists, in his recent work led him to rethink the the works origins, and concluded that, in fact, the Sethians had actually been influencing the Neoplatonist. Thereby shifting the scholarly world's understanding of these documents and the influences they had on philosophical and religious understanding in and around the Mediterranean in the early centuries C.E. John has continued to be sought after by scholars around the world and attend conferences in both Ottawa, Ontario, Canada, and Oslo, Norway this past summer.

John so loved music and, with Elizabeth, held season tickets to both the Lincoln and Omaha Symphony Orchestras and Lied Center Preforming Arts. He soloed and sang in choirs of First Plymouth Congregational, First United Methodist and First Presbyterian Churches, Lincoln Choral Artists and the (now gone) UNL Chorale. John and Elizabeth Sterns were married in 1992, having met in the Sanctuary Choir at First United Methodist Church and introduced to each other by his daughter Angie. He enjoyed traveling to watch the great operas wherever his daughter was the stage manager and visiting with the cast and crews for these events as well as going to Lincoln High Football games to watch his daughter march in the Lincoln High School Band.

A celebration of life will be held 1:00 PM Saturday, November 9, 2019, at Havelock UMC, 4140 N 60th Street. In lieu of flowers please send donations to Havelock UMC in Billie's name. Condolences may be left online at www.lincolnffc.com 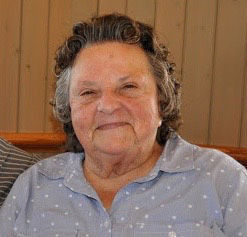 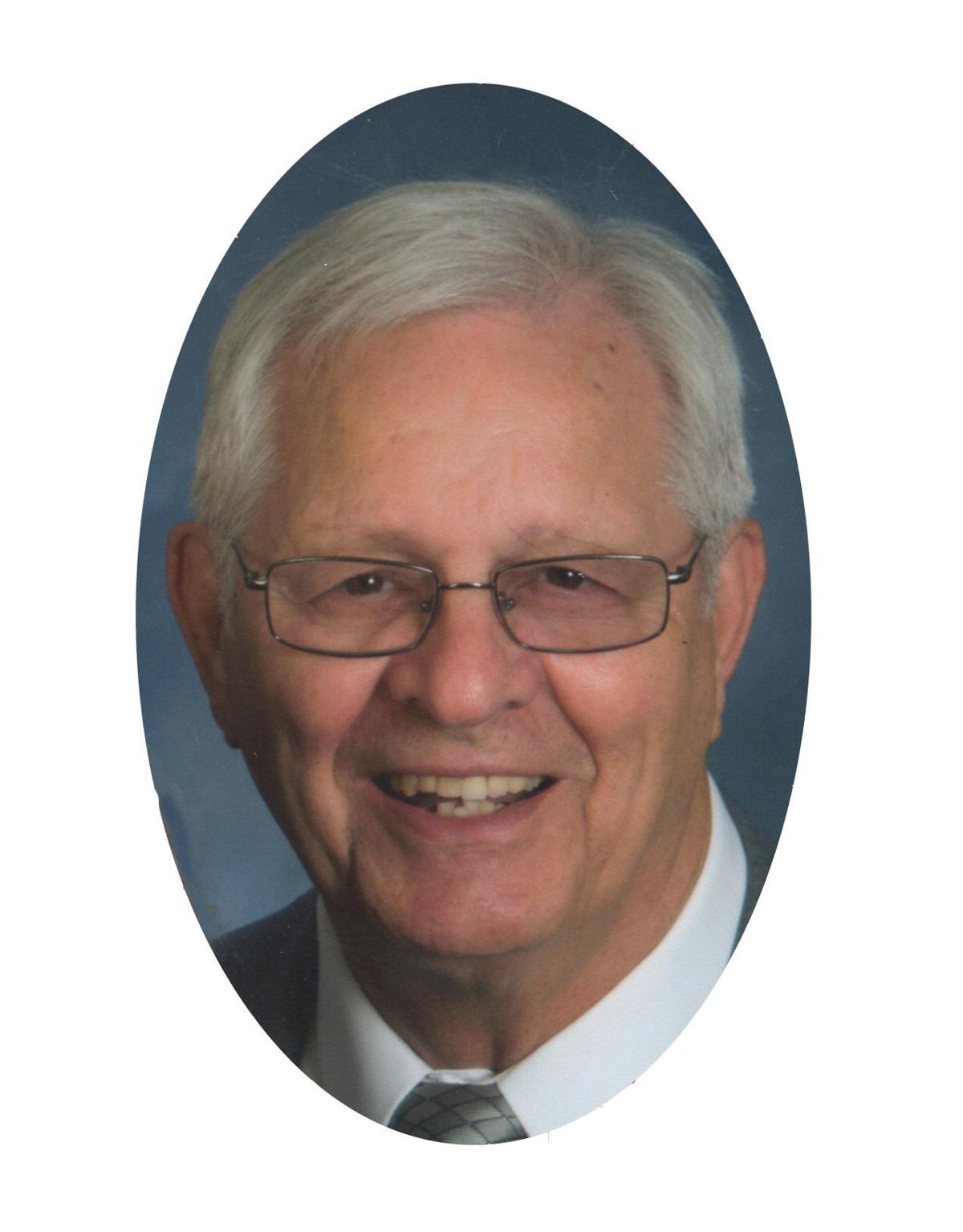 Thomas F. Scherer, Ph.D., Peacefully and with the love of his family fully entered into God's presence at age 85, on Saturday, November 2, 2019. Born on January 15, 1934 in Amherstburg, Ontario, Canada, he was raised on a farm as one of nine children. He emigrated to the United States in 1953 to attend Graceland College and Central Missouri State College.

Following graduation, he moved to St. Louis, Missouri, where he began his career as a guidance counselor. He married his wife, Bonnie Mortimer, on December 21, 1963. He earned his doctorate degree from the University of Wyoming in 1969.

He was a devoted educator, advocate for those on the margins, and disciple of Jesus Christ. He served as an Elder, Seventy and Pastor in the Community of Christ. He lived most of his adult life in Lincoln, Nebraska, where he led adult literary efforts for Nebraska's State Department of Education, was an active member of Kiwanis, and worked to promote peace and justice in his community. Most of all, he will be remembered as a loving husband, father, brother, grandfather, and friend, who lived the Gospel message.

Lucille F. Alt, 87, of Shelby, passed away on Monday, November 4, 2019 at the Ridgewood Rehabilitation and Care Center in Seward.

William “Bill” John Wayne, 97 of Lincoln, retired UNL Professor of Geology, died November 5, 2019. Cremation has been chosen and celebration of life service will be announced at a later date. All Faiths Funeral Home of Grand Island is entrusted with arrangements.