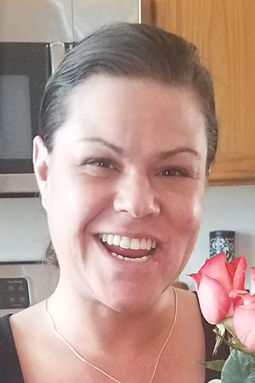 Kerry Elizabeth Schrunk Taylor, age 37, of Omaha, passed away on July 6, 2019 at her home shared with her loving husband, Jay D. Taylor. Her generous heart and contagious smile will be forever missed.

Kerry was born in Davenport, Iowa, on October 12, 1981, to Paul and Carol (Schroeder) Schrunk. Her family's adventurous spirit moved them from Iowa to California, before finally settling in Omaha when Kerry was in eighth grade. Kerry excelled in school and gained many lifelong friends because of her exuberant spirit and thoughtful nature. She graduated from Millard West High School and then went on to achieve her bachelor's degree in business at the University of Nebraska at Omaha. She was employed by several companies throughout the years and always enjoyed being able to help others.

Through her sisters, Kerry became an amazing aunt to several nieces and nephews over the years: Baillee Sonora; Gabriel Gonzalez; and Adelae, Oliver, and Eloise Moheng. She poured out her heart to them and relished being “The fun aunt.” She often said she was great with kids because she acted like one. When Kerry met her “Soul Mate!”, Jay Taylor, she was overjoyed to become an aunt again to Celia, Gigi, Brianna, Addison, Jakob, Amelia, Aubrey, Jordan, Vaughn, and Isabelle.

Kerry and Jay met in Omaha through mutual friends and instantly became inseparable. They knew they were destined to be together, and were married on June 30, 2018. Together they had two fur-babies, Charlie and Foxy, who were both spoiled rotten by Kerry. She had a way to “Kerry-fy” everything and make it her own, including her specialty - “17 ingredient soup”. The couple had many traditions they enjoyed together, with Kerry's favorite being bargain hunting at garage sales and watching the deer every morning. She was an avid crafter and excelled at repurposing items to decorate their home, while still finding joy in her crafting “failures”. Kerry loved music and dancing, and often serenaded Jay with her favorite songs, regardless of who else could hear.

Kerry's family and friends will join together in a celebration of life at 11 a.m. on Saturday, July 13, with family receiving friends one hour prior to the service. All will take place at Braman Mortuary Southwest Chapel, 6505 S. 144th St. in Omaha. A luncheon will immediately follow the service in the Braman Reception Room. 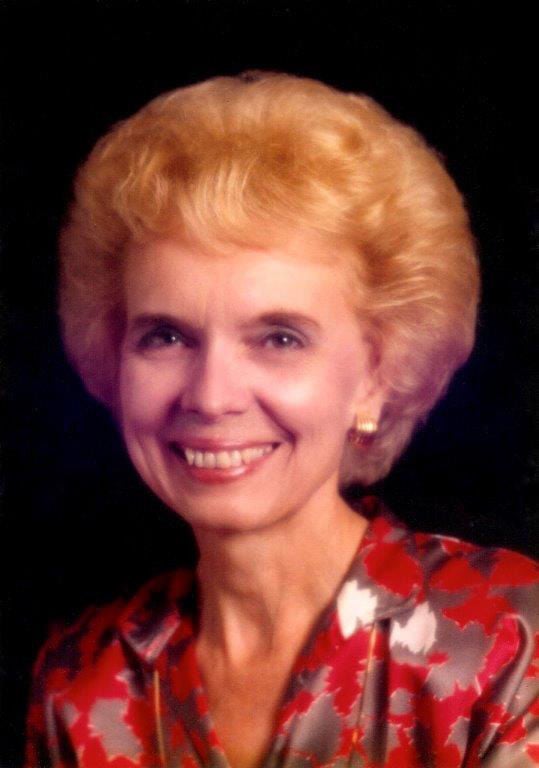 Vera Quam Dulaney passed away July 5, 2019 at Heritage Estates in Gering. Vera was born on September 24, 1934. She was elected Scotts Bluff county clerk in 1982 and remained in office until her retirement in December of 2018.

A celebration of life funeral service will be held at 1:30 p.m. on July 19, at the Gering Civic Center. Husker red attire is welcome and encouraged! Online condolence may be left at www.geringchapel.com 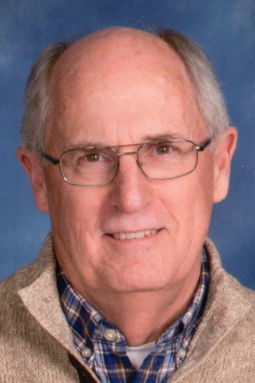 Jack L. Schinstock, 71, of Lincoln died on July 10, 2019. He was born in Dodge City, Kansas to Edward and Marion (Mallow) Schinstock. He was raised on a small wheat and dairy farm in Eastern Ford County Kansas and graduated from Ford High School in 1966. Following graduation from the State University of New York College at Brockport in 1970, Jack spent three years as a Peace Corps volunteer serving in El Salvador, Central America at the National School of Agriculture. He received a Master of Agriculture (1974) from the University of Florida and a Doctor of Education (1977) from Virginia Tech. In 1985 Jack married Janeth (Jan) Radenslaben of Lincoln.

Jack served the University of Nebraska-Lincoln as a faculty member and administrator in the College of Agricultural Sciences and Natural Resources for more than 37 years, fully retiring in December, 2013. He was a half-time associate dean for student affairs in the college for 22 years and taught applied agricultural systems technology courses in the Department of Biological Systems Engineering during his entire tenure at the University. It is said that he created a legacy of empowering students to achieve more than they envisioned.

He enjoyed reading, history, restoring his 100+ year old home, working outdoors, and traveling around his adopted state. Volunteer service at the Lincoln Children's ZOO, Matt Talbot Kitchen, Lincoln Food Bank, Lincoln Parks and Recreation, Lincoln Convention and Visitors Bureau, and EduCare through the Kiwanis organization consumed most of his time outside of his professional career. He was also a member of the Fitzgerald Council of the Knights of Columbus and St. Teresa's Catholic Church.

Mass of Christian burial: 10 am Saturday (7/13) at St. Teresa's Catholic Church, 36th and Randolph Street, with Father Jamie Hottovy officiating. Rosary at 6 pm Friday at the church. No viewing; visitation to take place an hour before and after the rosary. Jack suggested that any memorials go to the non-profit organization of the donor's choice. Condolences: www.bmlfh.com.

Funeral: 10 am Saturday at Ludvigsen Mortuary Chapel, Fremont. Burial will be 2 pm at Cortland Cemetery. Visitation will be 5-8 pm Friday at the funeral home in Fremont. Memorials to Fremont Public Schools Foundation or Samaritans Purse. Online guestbook at www.Ludvigsenmortuary.com 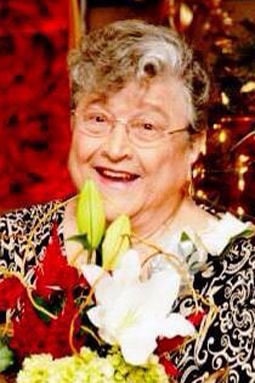 Alma Jean Flynn, 88 of Lincoln, passed away July 10, 2019. She was born January 3, 1931 in Lincoln to Alexander and Elizabeth Miller. She married Earl Frances Flynn on June 25, 1949. She retired as a floral designer from Tyrrells and Stem Gallery. She was admitted into the Nebraska Florist Society Hall of Fame on October 11, 2014. 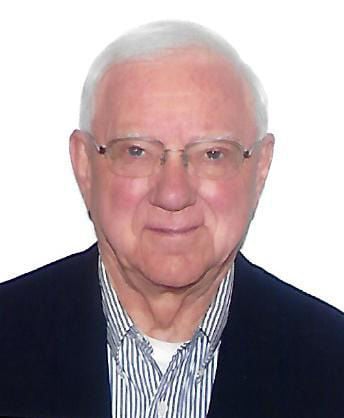 Rev. Edwin “Ed” Siegfried Roleder, 89, of Lincoln, was born on March 23, 1930, to Emil and Selma (Schmidt) Roleder at Vegreville, Alberta, Canada and was the youngest of five children. He was baptized May 5, 1930 and confirmed on April 2, 1944. The family moved to Kimball, South Dakota in 1936 and to Lodi, California in 1940 where Ed graduated from High School in 1948. He then attended Wartburg College in Waverly, Iowa where Ed met his future bride, Bonnie Belle Balke from Nebraska. They were married on August 16, 1953 at American Lutheran Church in Adams.

Edwin received his Master of Divinity degree from Wartburg Seminary in Dubuque, Iowa in 1956. He and Bonnie moved to their first parish, Luther Memorial Lutheran Church in Portland, Oregon. After serving there for nine years, they moved to Denver, Colorado in 1966 where Ed served as the pastor at American Lutheran Memorial Church, and then to Lincoln in 1975, where he was the pastor at Sheridan Lutheran Church until 1980. Ed then served as director of development at Martin Luther Home in Beatrice. He and Bonnie moved to Tacoma, Washington where he was the director of development for Tacoma Lutheran Home until he retired in 1998. They settled back in Lincoln in 2001. Ed went to be with his Lord on Monday, July 8, 2019 while living at The Monarch in Lincoln having reached the earthly age of 89 years, three months and 15 days.

Rosary will be at 6 pm on Thursday, July 11, and Funeral Mass will be 11 a.m. on Friday, July 12, all at St. Teresa's Catholic Church, 616 S. 36th Street, Lincoln. Donations made to the family will go towards the Rose Hanzlicek Scholarship, NRPA, to be used for CTRS students to help with their internship and national test. Condolences: lincolnfh.com 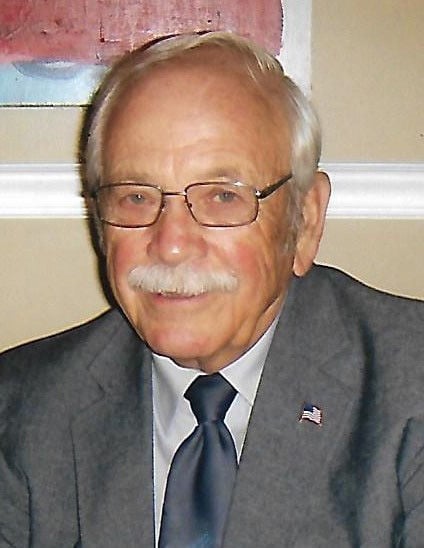 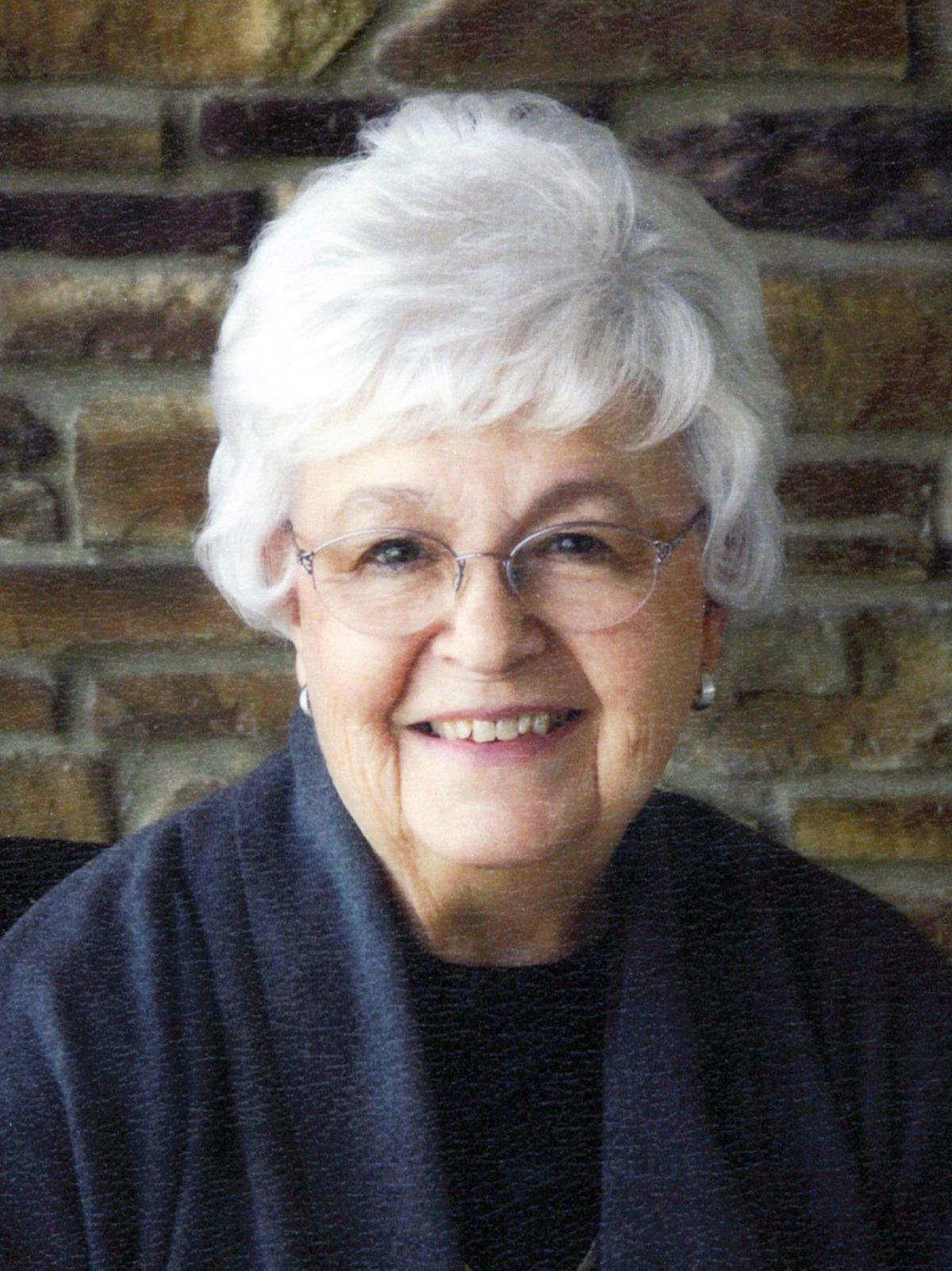 Roberta “Bobby” Sward, 90, of Denton, passed away on July 9, 2019. She was born on February 18, 1929 to Kenneth and Cecilia (Damm) Flory in Carleton. Bobby was an artist who shared her passion through teaching for over 40 years. She was affiliated with St. Andrew's Lutheran Church, La Sertoma, Lincoln Artists Guild, Avenue Art Gallery, Tabitha Auxiliary, and The Burkholder Project. 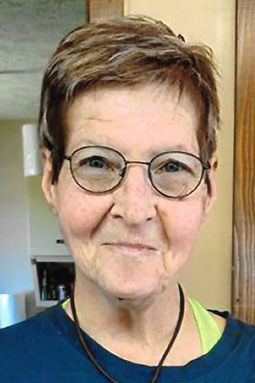 Carol (Aksamit) Hawkins passed away peacefully on Sunday, June 23, 2019 in Lincoln. Carol was born in Lincoln February 6, 1948 and lived there most of her life. She lived in Geneva for the past 15 years. She loved the small town culture. In 1966 Carol graduated from Pius X High School. She married Dave Hawkins May 4, 1979 and made their home in Lincoln. Dave died October 1987 after a long illness. Carol was a favorite with her nieces and nephews. She always had time for each of them and they loved being with her.

She worked for a veterinarian and credited this job with her overwhelming love for all animals, especially dogs. She will be remembered for many things, but especially her great sense of humor. She had a real knack for entertainment trivia, especially old movies, and could remember details that no one else could. She loved to craft. At Christmas time, she took great joy in making special gifts that she had created. She loved all things Irish, and stayed in contact with friends in Ireland.

On Sunday, July 14, there will be a rosary at 1:30 p.m. followed by a Mass of Christian Burial at 2 p.m. at St. Michael Catholic Church, 9101 So. 78th St. in Lincoln. Interment will be at a later date. Memorials to Adopt-A- Pet, York. Butherus, Maser & Love Funeral Home is in charge of arrangements. Condolences: www.bmlfh.com.

Garrison S. Glenn, 22, was born May 5, 1997 in Lincoln to Brooke (Arfmann) Glenn and Paul Glenn. He passed away July 7, 2019. Graduated from Lincoln East High School and attended Nebraska Wesleyan University. Witty, smart, articulate, and an amazingly gifted artist. Loved the outdoors, animals, hiking, camping, movies, and music, especially the live house bands at his “couch house.” Protector of insects and champion of humans too often marginalized by society. Fierce community supporter and volunteer, most recently with the Indian Center and Feed the People.

Celebration of life services will be held at 2 p.m. Saturday, July 13, at Church of the Holy Trinity, 6001 A Street, Lincoln, NE 68510. First Lutheran Church pastors Dan Warnes and Justin Eller officiating. Internment at a future time. Memorials in lieu of flowers to Feed the People: www.gofundme.com/ppj5qu-feed-the-people-lincoln. Kuncl Funeral Home in Crete is handling arrangements. Condolences may be left at www.kunclfh.com.