Video and reaction as Bernie Sanders suspends his presidential campaign 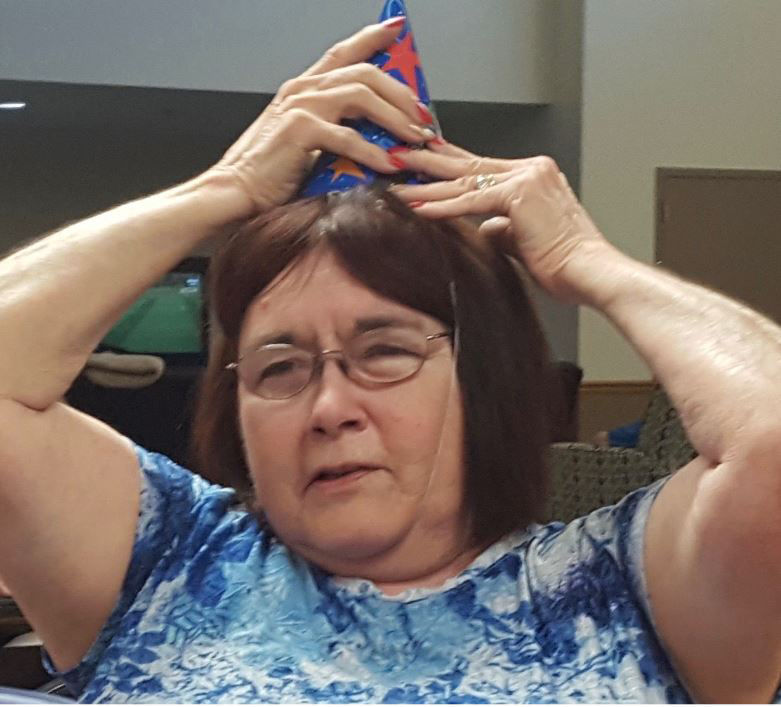 She is preceded in death by her beloved husband, Billy Deskins; parents, Harold and LaVonne; brother, Dennis Smith and granddaughter, Emma Payne.

Our sweet mother, Alice Lorraine (Stevens) Belz, joined our father, Paul, in heaven on Sunday, March 22, 2020. Terri Mabon, Sandi Hansen, Vicki Wampler, Bobbi Rezac and John Belz. A Celebration of Life will be held at a later date. Memorials may be given to the family for later designation c/o Vicki 2612 N 159th St Omaha, NE 68116. Condolences online at Roperandsons.com.

Passed away Saturday March 21st at home with family by her side. She is survived by her husband Larry Gene Tenney; daughter Tiffany ( Dan) Maahs; sons Christopher ( Melissa ) Tenney , Phillip Tenney and 8 grandchildren. Private family service.“Hugs from Home Project” or Condolences online at Roperandsons.com

Gerald D. Kotas, 75 years of age, of Western, Nebraska, passed away peacefully in Fairbury at JCHL Hospital on March 20, 2020. Born in Friend, Nebraska, on June 17, 1944. A Memorial Service will be held at a later date. Please visit www.kunclfh.com to leave online condolences.

In light of COVID-19 concerns, an intimate gathering of immediate family will be held while a larger Celebration of Life service will happen at a later date. In lieu of flowers, the family asks that memorials be given in Nancy's honor to Habitat for Humanity and Pulmonary Hypertension Association. Funeral arrangements entrusted to Butherus, Maser & Love Funeral Home. Online condolences may be left at www.bmlfh.com. 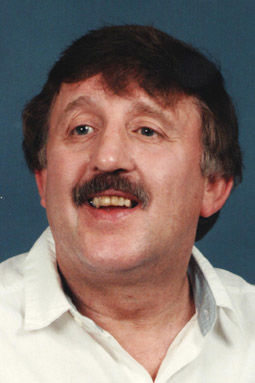 Funeral Service (family only), Fri. (3/27/2020) 2 p.m. at Marcy Mortuary, Ashland, NE. Visitation, Fri. 1-2 p.m. at Marcy Mortuary. Interment at Ashland Cemetery, Ashland, NE. Memorials in care of the family. Due to the COVID-19 Pandemic the service will stream live on the Marcy Mortuary Facebook page. Family and friends will be allowed to attend the visitation with a 10 person limit inside the funeral home and the service will only be available for the immediate family. The family will not be available for greeting. Thank you in advance for your cooperation. Visit www.marcysvoboda.com to leave condolences. 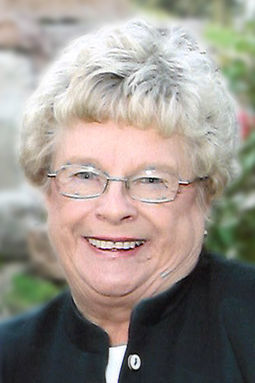 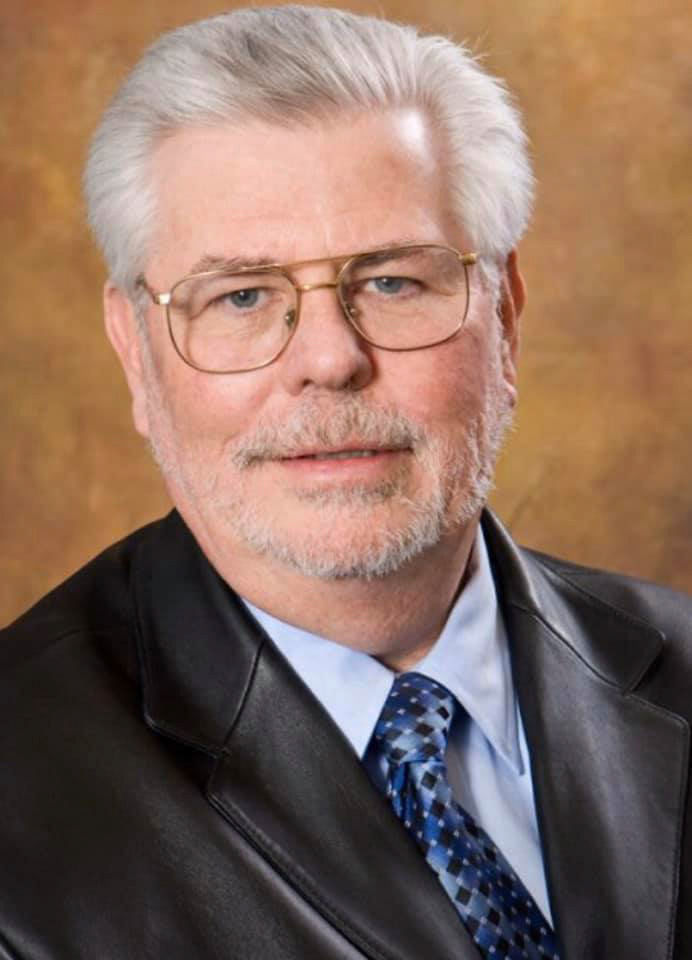 Robert King Marshall Jr was born September 30th, 1943 and passed away from cancer March 16th, 2020 at 76 years old. He was the son of Robert and Veronica Marshall who preceeded him in death. Bob went to St. Mary's elementary and graduated at Southeast High School. He attended the University of Nebraska. He enjoyed swimming, golf, hunting, baseball, football, Nascar and all kinds of sports. His nickname was backyard Bob because he loved to garden as well.

Bob worked at several places in town over his life. As a teen he worked at Leons Market, at Kings restaurant, Bucks Bootery, and Russ' IGA. After school he went to work at Household Finance in Kansas City, Nashville and Des Moines and then back to Lincoln in 1970. He started work at MFA insurance, He also worked at other insurance organizations in Lincoln, IFS Corp. Chambers-Dobson Ins. and Midlands Insurance Group. He finished his career as co-owner of Mid-Alliance insurance Associates LLC. with a CIC designation.

Bob suffered from Alzheimers disease the last two years of his life and wanted to thank the nurses and staff at Pemberly Place for their dedication and hard work taking care of him.

Bob loved his family and friends and he will be missed. He was preceded in death by his wife Karen Marshall. He has 3 siblings. Vickie Brindamour (Johnjohn), John Marshall, and Mary Lively (Chuck). He had 3 children, Eric (Lynnette) Marshall, Kent Marshall, and Robyn (Tim) Rocklein. He had 6 grandchildren, Shailee (Brian) Curin, Chandra (AJ) Pfenning, Trejen Marshall, Connor Marshall, Tayler Marshall and Crist Geswein. He had 4 stepchildren in his life, Alan Bailey, Rob Bailey, Joanne Geswein, and Jennifer Geswein. Bob had 3 great-grandchildren, Gideon Pfenning, Emalynn Pfenning and Norah Curin.

A memorial service will be held at a later date. “Hugs from Home Project” or condolences online at Roperandsons.com. 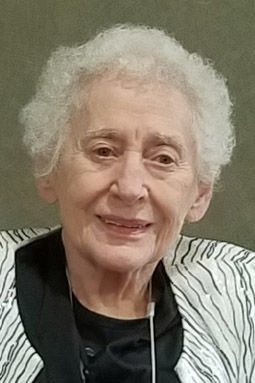 Closed service will be held at 1:00 pm, Wednesday (3-25-20) at Roper & Sons Chapel. Livestreaming at www.roperandsons.com/lillie-rockenbach. No visitation. “Hugs from Home Project” or Condolences online at roperandons.com 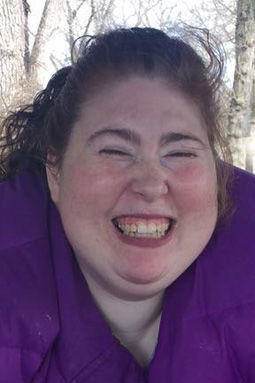 Jean was born in Columbus, Nebraska to Otto and Louise Johannes. Married Ed Thiellen on May 3, 1948. Jean met Ray Johnston at Lee's where she was the organist. Was married to Ray from 1978 until he passed in 1988. Married to Lambert Mills in 1999 – 2017. Jean was a personnel director for Lancaster County Social Services until her retirement in 1991. She loved music; played the piano and organ, bowler, golfer.

Private graveside services will be held. Condolences online at lincolnfh.com.

Manage your membership easily from your computer with our Members Center!