The first time Isabel Salas opened the door to 1105 E St., she was shocked by the shell in front of her.

The walls were stripped to the studs. The floors sagged. The wiring was exposed, and fire had scarred a floor. But her reaction ran deeper than the dirt and debris, and the signs of squatters and vandals who’d visited during the decade the house sat vacant.

“I was thinking of all of the conversations I had with folks who were just struggling to find an affordable and quality place to live. It was really disappointing to me that this house had sat empty for so long.”

Salas is a community organizer for the South of Downtown Community Development Organization, and in early 2018, the new nonprofit set its sights on the two-story problem property.

Its owner had started a renovation, but the home stood uninhabitable and unoccupied for years, drawing housing complaints and police calls.

“Houses just don’t sit vacant; they become a problem,” said Pat Anderson-Sifuentez, who’s active in the Everett Neighborhood and lives nearby. “There are people who get in and squat, and do probably not good things. There’s no positive activity going on inside a vacant home.”

The South of Downtown group launched a fundraiser to purchase the property, with a two-tiered plan in mind: Replace it with something that would benefit the neighborhood, and start a broader discussion about affordable housing and wasted space.

And this week, nearly three years after she first walked into 1105 E, Salas plans to return, to help host a virtual open house of the new two-story home that South of Downtown and NeighborWorks Lincoln — with help from others — built at the corner of 11th and E streets.

The four-bedroom, three-bathroom house already has a buyer. And it has the distinction of being the first property in Nebraska governed by a community land trust, intended to make home ownership more affordable and accessible.

Salas was eager to see inside, because she’d been watching it rise from the outside.

“All of a sudden, there was a hole in the ground. Then a foundation. And I went by one day, and it was a whole house. It was so amazing to see it transform that quickly.”

The South of Downtown group didn’t initially plan to build a home. After it bought the 120-year-old property, it asked the Everett Neighborhood what it wanted to see on the corner. What would elevate neighbors' quality of life? A small park? A place for food trucks? A gathering space?

And the group was told: Save the house. Maintain the historical character of one of Lincoln’s oldest areas, and give a family a place to live.

But that was a problem. With a buckled basement wall, ill-fitting windows and bare bones, the house wouldn’t be worth repairing; they’d have to spend more than it would ultimately be worth. So they made a plan to demolish the house and build a new one.

And that became another problem. The corner lot was considered nonstandard: It met the city’s size standards when it was created, but then the standards were changed.

South of Downtown executive director Shawn Ryba calls them toothpick and postage stamp lots; some are long and narrow, others are square. And 25% of the properties in his group’s focus areas are considered nonstandard, he said.

It can be expensive and exhausting to design a house on a nonstandard lot that complies with the city’s requirements, including setback provisions and parking space requirements, Ryba said.

“It took a long time to go back and forth and try to navigate and negotiate and move through it,” he said. “If we are making it virtually impossible to redevelop those lots, that’s a problem.”

The project’s design also had to clear the Historic Preservation Commission’s requirements, forcing changes in the porch roofline and window placement to keep with the character of the neighborhood.

“We kept hearing different things depending on who we talked to at the city,” Salas said. “There were a lot of hoops we had to jump through.”

‘Really, really ambitious project’ — Two-story Lincoln mural to tell story of loss, life and culture during the time of COVID-19

But they cleared the red tape and got to work with others to start building — and filling — a home. The Lincoln Community Foundation provided a low-interest construction loan, NeighborWorks Lincoln did the work and South of Downtown created a community land trust.

The concept is simple: South of Downtown will own the land, and the homebuyer will own the building. That lowers the purchase price and, by extension, the size of the mortgage and its monthly payments.

But the land trust also posed further complications, because local lenders and appraisers were unfamiliar with something so new to Nebraska, Ryba said.

Still, the house went up, and it’s getting good reviews. “It’s a real plus for the neighborhood,” Anderson-Sifuentez said. “It really mimics the house that it replaced, in height, and where the front porch is.”

But before that, they want to share the home through a virtual open house, from 4:15 p.m. to 6 p.m. Thursday, streamed on South of Downtown’s Facebook page.

Those with a part in the project — South of Downtown, NeighborWorks, Lincoln Community Foundation, Everett Neighborhood leaders, Rotary Club No. 14 — will set up in different rooms to discuss their roles and answer questions. Even the mayor will be there, Salas said.

They’re proud of what they brought to the corner, even if it took more time — and effort — than planned.

“It’s absolutely beautiful,” Ryba said. “It looks like it was the original house; it sits there so perfect.”

Nonprofit asks neighborhood: What should we do with this problem property we’re buying?

After noticing the trees in their neighborhoods disappearing, two local tree planting advocates are leading a project to help maintain Lincoln’s canopy.

South of Downtown's redevelopment and strategic plan to be released

The nonprofit talked to thousands of neighbors to see what they valued in the area -- and what they want to see improved.

“It’s kind of overwhelming to think about how many people could have been included in the mural. We probably need to start making more art.”

South of Downtown plan targets redevelopment that will not raise rents

The Lincoln-Lancaster County Planning Commission recommended approval of the plan that sets out both a strategy and mechanism for redevelopment activities in the neighborhood.

Fun from top to bottom: A three-story playhouse in Bennington is a grandkid's dream

A couple's remodeling project took on a new dimension as a play village began to be imagined. The village includes a schoolhouse, veterinary clinic, pizza shop, bakery, museum and theater.

Tour participants will be able to stop by several homes during this year’s outdoor-focused Near South Neighborhood Tour of Homes on May 9. 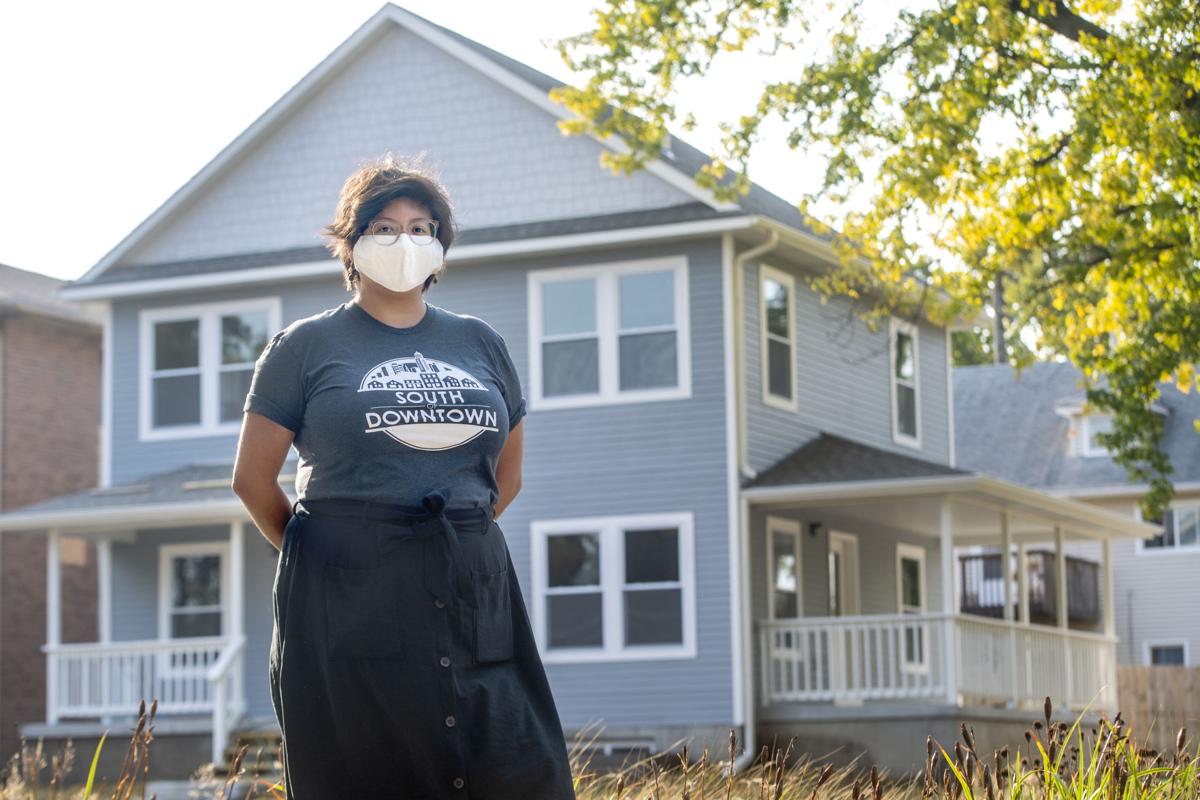 Isabel Salas, a community organizer at South of Downtown Community Development Organization, and the house her nonprofit helped build at 1105 E St. 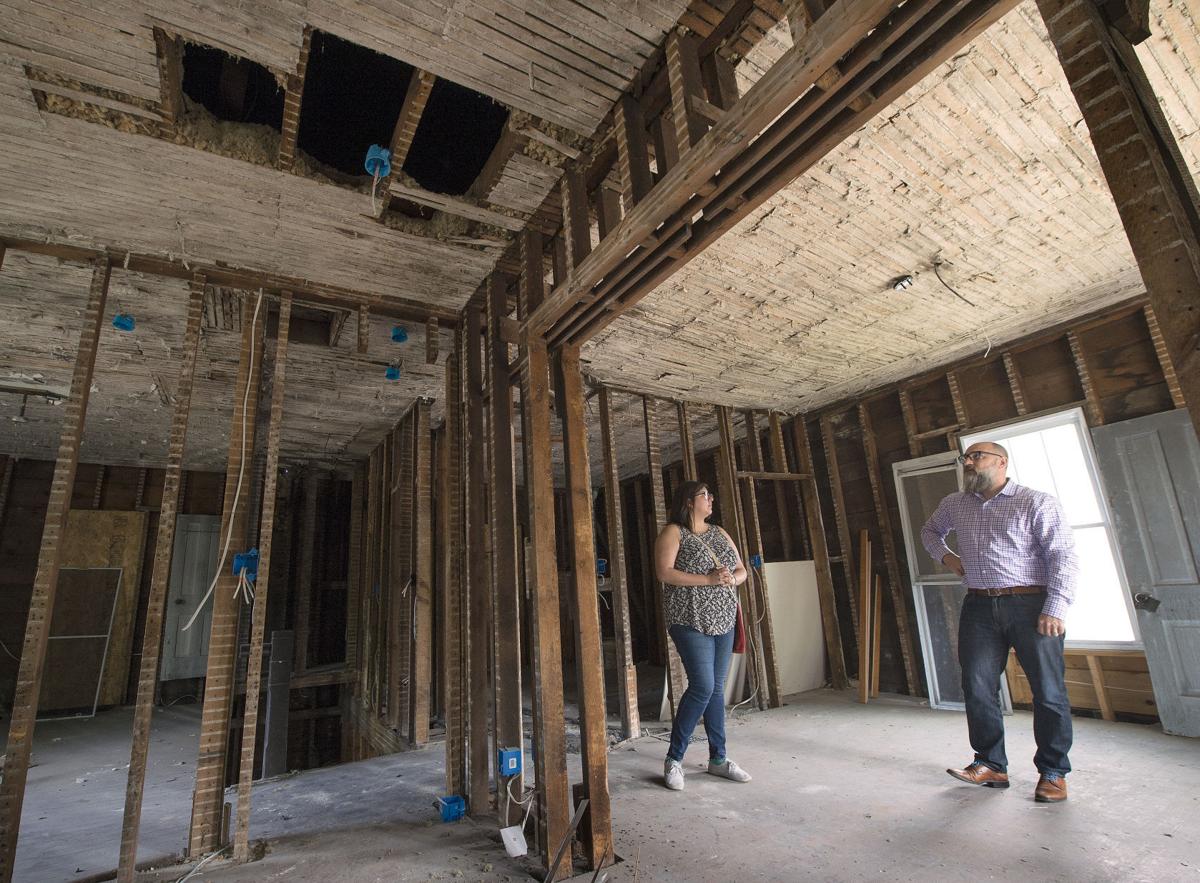 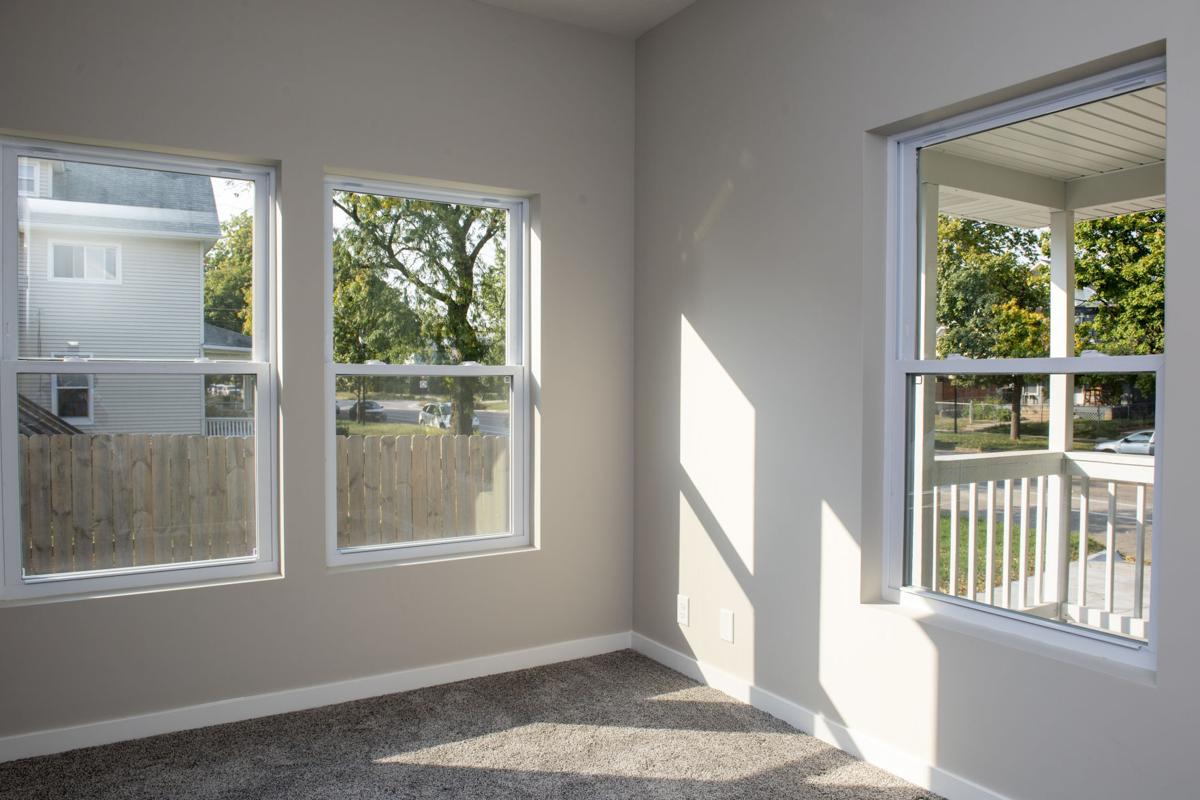 The new two-story house at 1105 E has four bedrooms and three bathrooms. 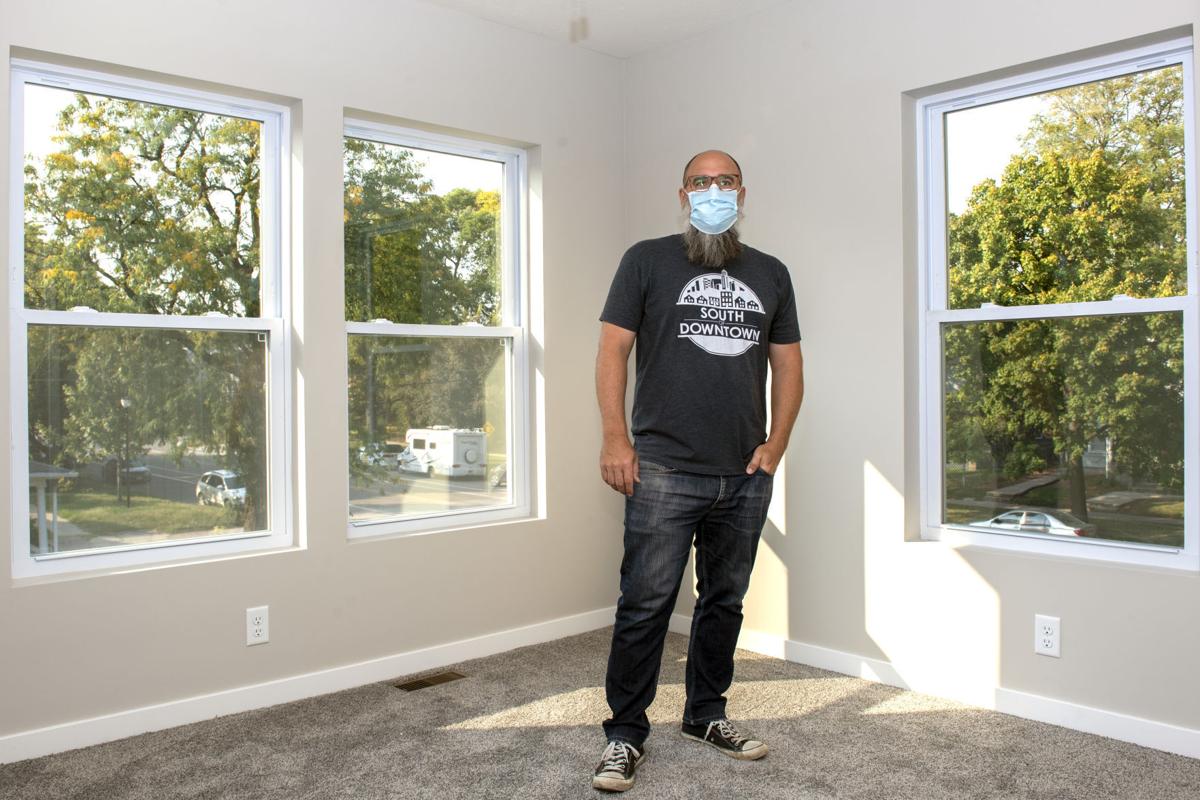 Shawn Ryba, executive director of South of Downtown Community Development Organization, set his sights on 1105 E St. to replace a problem property — and to start a larger conversation about the lack of affordable housing. 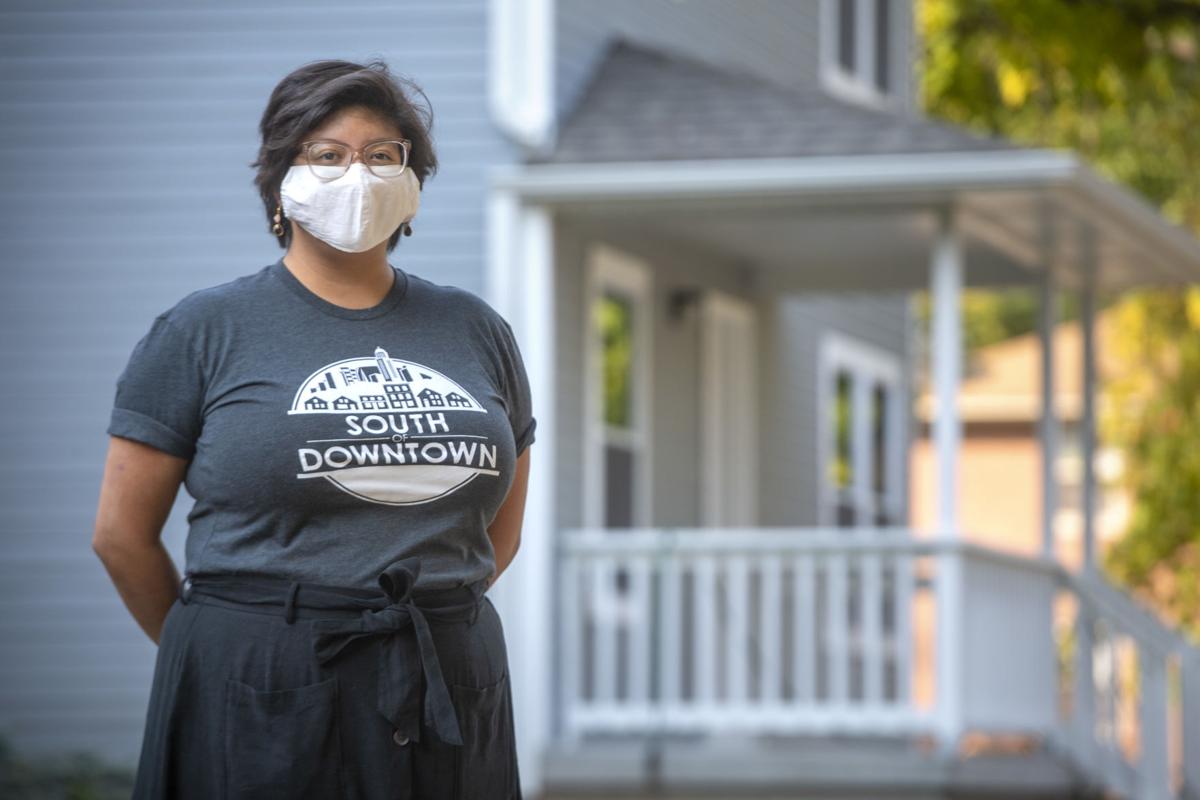 Isabel Salas, a community organizer at South of Downtown Community Development Organization, has heard rave reviews about the new house at 1105 E St. "People who live around there, they have told me what a great improvement it has been to the corner." 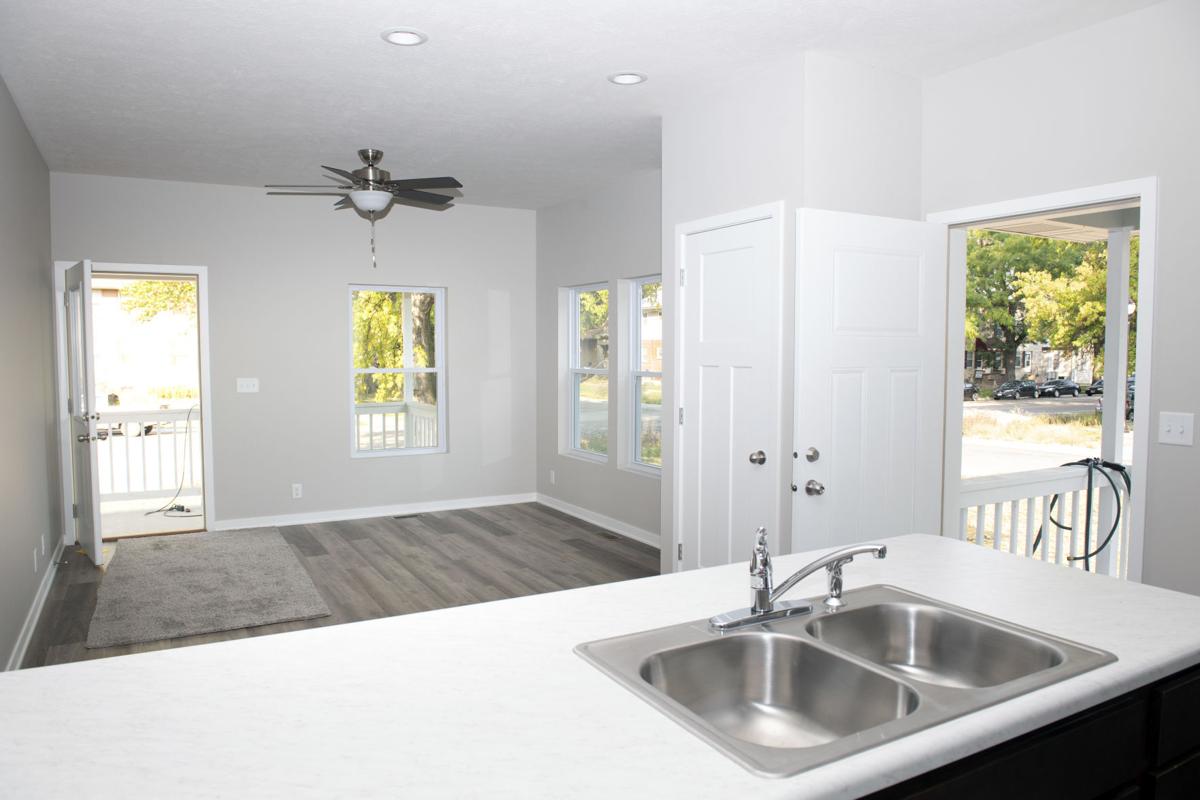 The kitchen and living room at 1105 E Street. 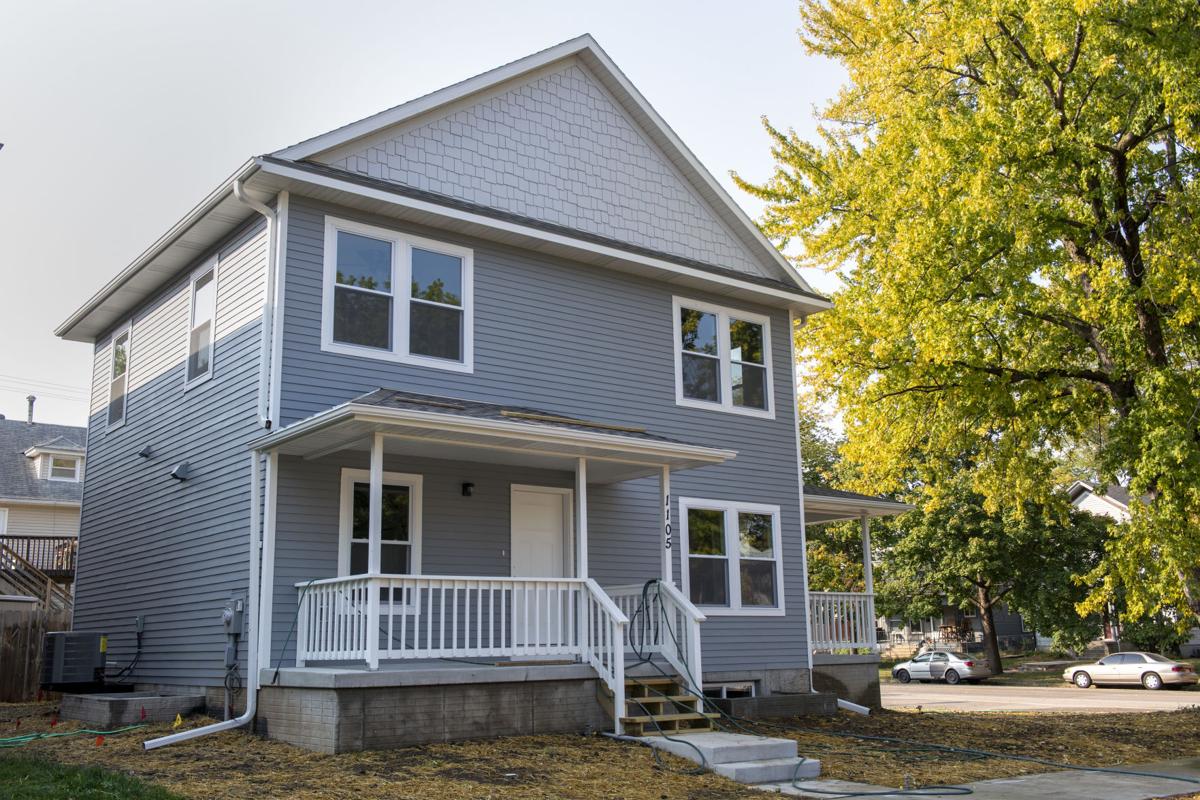 The new house at 1105 E St. was redesigned to meet requirements of the Historic Preservation Commission, so it stayed within the character of the historic neighborhood. 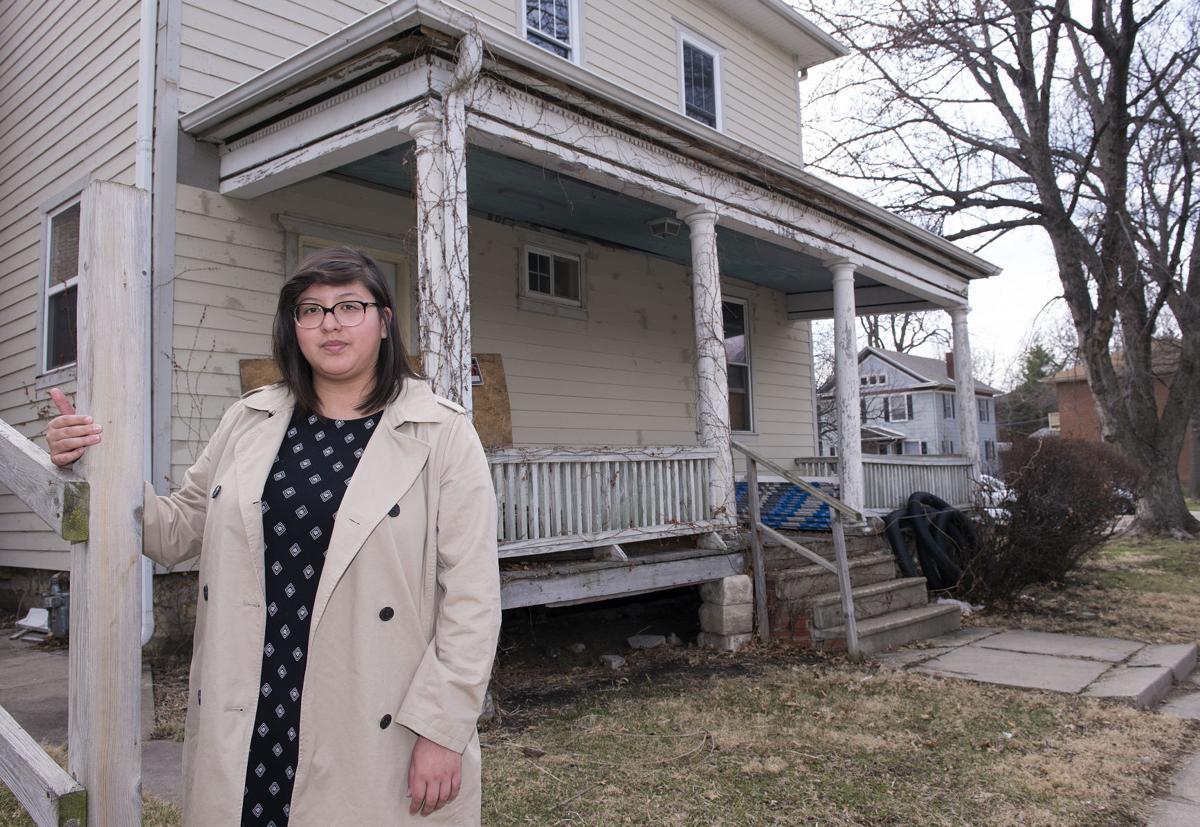 Isabel Salas, a community builder with the South of Downtown Community Development Organization, helped lead the effort to raise money to buy the rundown house at 1105 E St. and demolish it.