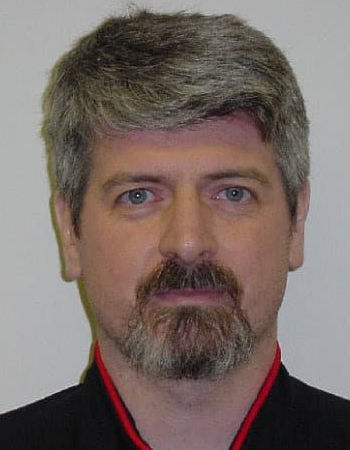 Kevin Hopper, posing for an identification photo at work wearing one of three Star Trek costumes he owned. 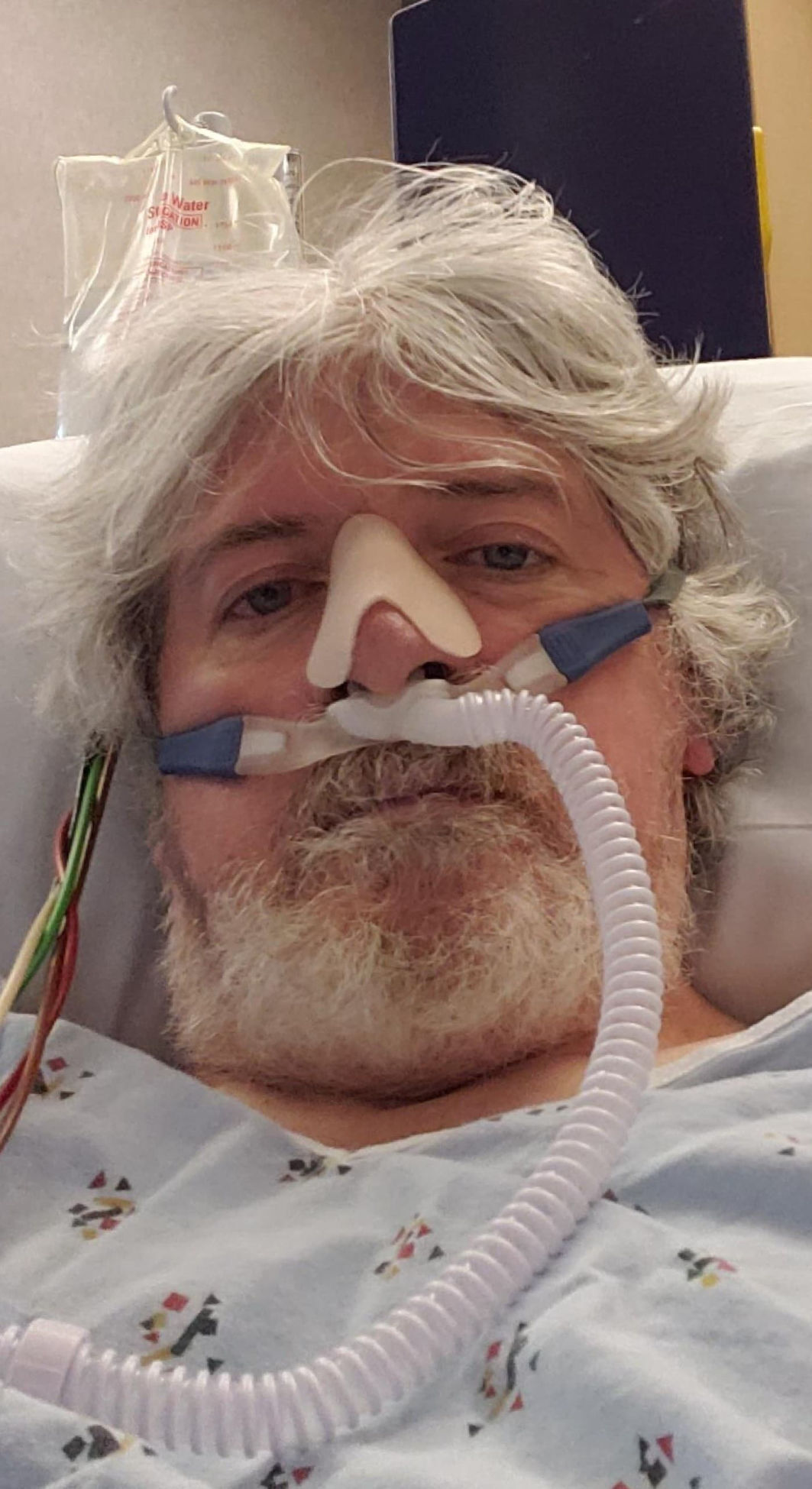 Kevin Hopper, who died of COVID-19, in the last selfie he sent his wife Jeri before he was placed on a ventilator. "He asked to be put on a ventilator," Jeri said. "He was so tired, he just couldn't do it anymore."

Whenever Kevin Hopper had to update his identification photo at work, he wore his Star Trek uniform.

A geek in the very best way.

When the father took his boys to Boo at the Zoo, he dressed up, too. There he is in an old photo with their twins, the boys disguised as Flash and Batman, Dad in his green Flash T-shirt.

Kevin was an IT guy at UNL for more than 40 years. An easygoing computer expert with a Star Wars ringtone, always willing to lend a hand or lighten the room with a joke.

Kevin and Jeri met on an internet dating site in the days before texting. She lived in Clay Center, divorced with three young children.

“We emailed back and forth at work, and when Kevin got home we talked until 2 in the morning.”

“Even after 20 years, we still enjoyed spending our time together.”

They liked camping, weekends at the lake, outings at the park, the Renaissance Festival in Kansas City.

A few years into their courtship, he surprised her by taking her to see the festival’s king and queen to ask the king’s permission to marry her.

He proposed then and there holding out a ring he'd seen her admire.

He was always surprising her that way, Jeri said. A romantic at heart.

Angus and Drake were born in 2003 and Kevin was the parent who got up first in the night to tend them. The dad who knew their shoe sizes and what medications they were taking.

The 60-year-old was a Northeast High grad. He majored in religion in college. He played Dungeons and Dragons, introducing the boys to the game. He was devoted to Aikido, attending classes twice a week, long after the twins gave it up.

A family friend, Jaymie Stillwell-Edler, calls him an amazing human.

“He loved his family and would have done anything, absolutely anything for them.”

Jaymie called Kevin her uncle, but he was more than that, she said. More like a father.

Kevin introduced her to comic books and superheroes and she grew to love Batman, like he did.

Every so often, Batman-related surprises would show up in her room and, when she was 5 or 6, there was a visit from a life-sized Gotham City hero.

“I never knew it was Kevin, until I was well into my 20s; he kept the charade up for so long.”

She lived with Kevin and Jeri and the twins for more than a year with her now 3-year-old son Titan.

“I’m heartbroken to know Titan won’t get to know him as we did, but you’d better believe we will tell him about him.”

How he said goodbye with a line from "The Hitchhiker's Guide to the Galaxy": So long and thanks for the fish...

How he could hear a single line from Star Trek and tell you which episode it was from.

How he loved his boys and little Titan and modeled for Jaymie — and Jeri's daughters — what it meant to be a good husband.

"He set the standard for all us girls," Jaymie said.

Kevin and Jeri got sick on a Friday in mid-July and went straight to bed after work. The boys and Jaymie brought them food and drinks.

A week later, they drove to the emergency room at Bryan East Campus and then in an ambulance together to the West Campus.

“That was the last time I got to be with him when he was physically awake,” Jeri says.

She was able to visit him every day during his last two weeks in the ICU, sedated and on a ventilator.

Each day, the staff gave her a sticker, designating her the visitor of the day. She stuck them one by one on the visor of her SUV, forming a collage she hoped Kevin would see when he came home, a symbol of how much he meant to her and how hard he had fought.

It still stings when she looks at them, but she feels their comfort, too.

“They mean I loved him and never gave up hope that he would win his fight with COVID.”

Lillian "Lil" Gibson, 61, died of COVID-19 on Nov. 2. The dialysis nurse and marathon runner was small but mighty with a big smile and warm personality.

'Always looking at the world with an artist’s eye'

Phyllis "Phyl" Maly, 87, died of COVID-19 on Jan. 14. She was an artist, mother, grandmother, great-grandmother and a woman at home in her own skin. 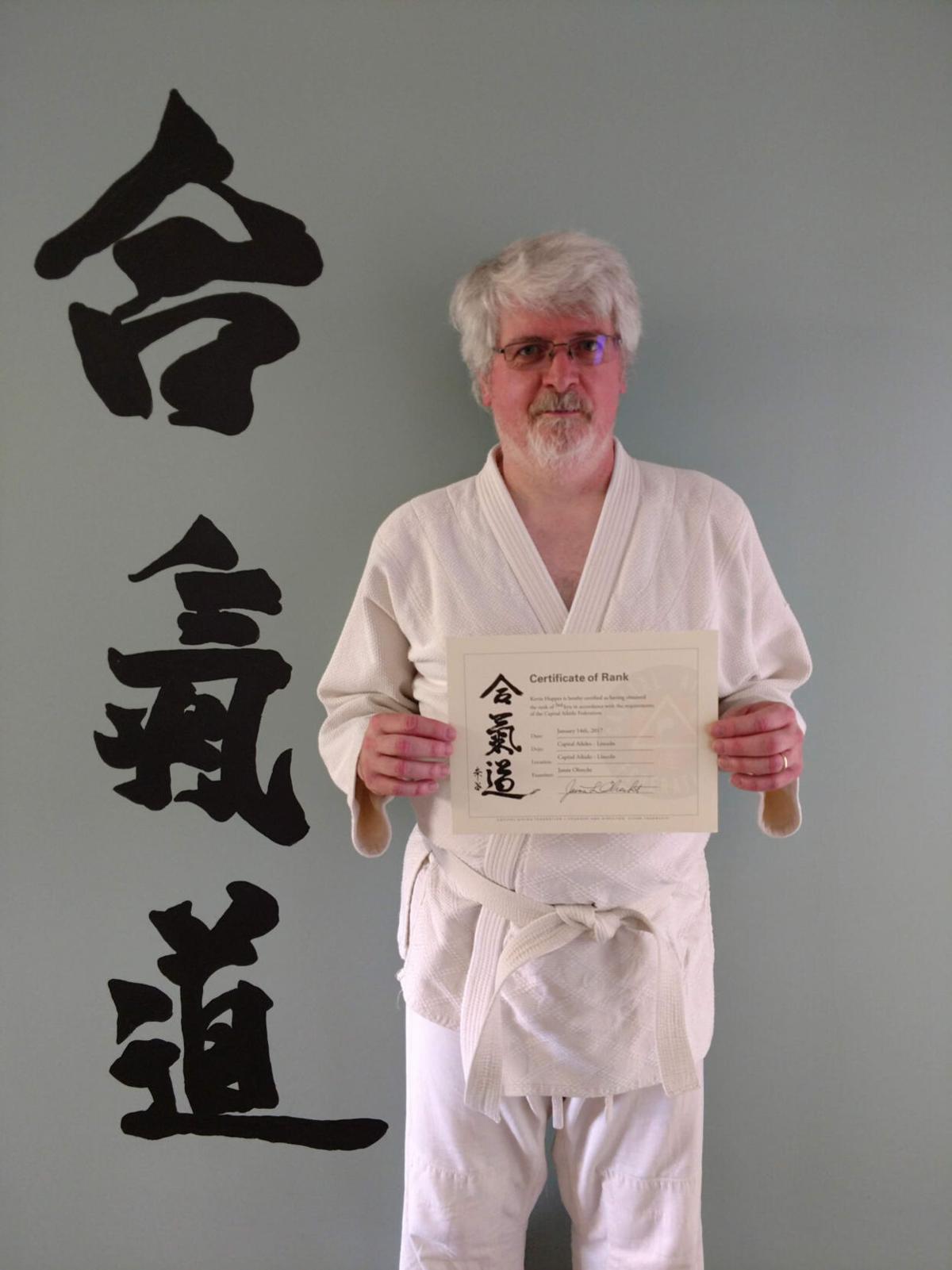 Kevin Hopper, 61, was devoted to the martial art Aikido and attended classes twice a week. 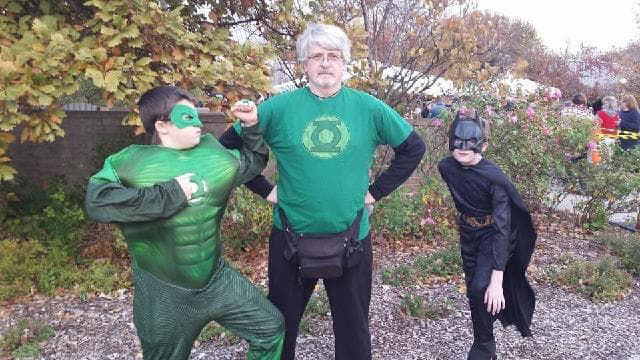 Kevin Hopper, a computer expert who loved all things sci-fi, at Boo at the Zoo with his twin sons, Angus and Drake, now 17. 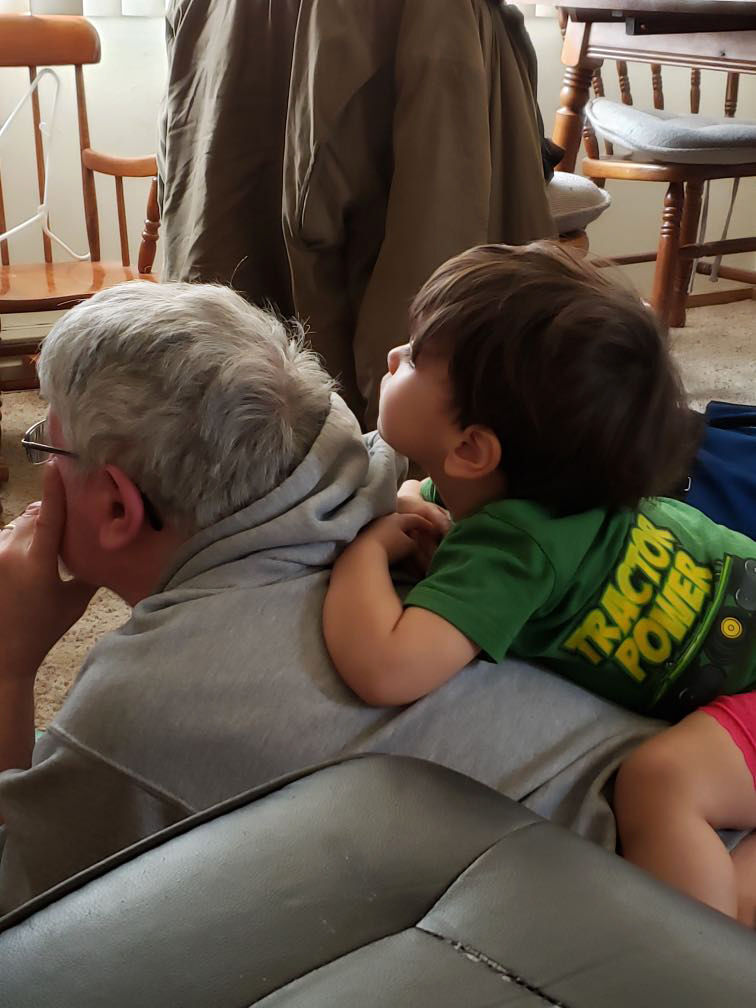 Kevin Hopper with 3-year-old Titan Stillwell-Edler on his back as they watch TV. Hopper adored the little boy, the son of Jaymie Stillwell-Elder who thought of Kevin as a father.

Kevin Hopper, posing for an identification photo at work wearing one of three Star Trek costumes he owned.

Kevin Hopper, who died of COVID-19, in the last selfie he sent his wife Jeri before he was placed on a ventilator. "He asked to be put on a ventilator," Jeri said. "He was so tired, he just couldn't do it anymore." 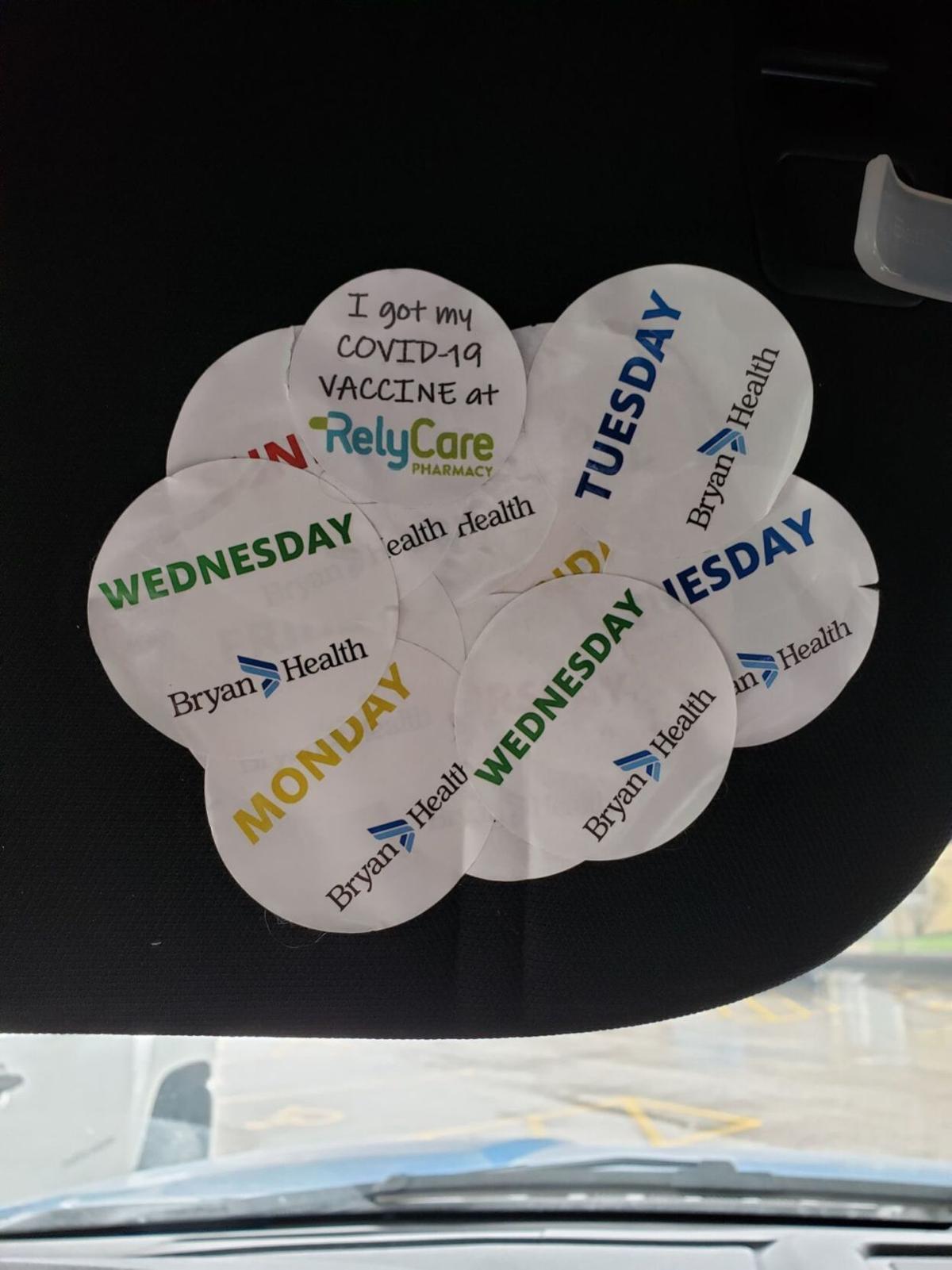 Jeri Hopper visited her husband, Kevin, when he was in the ICU with COVID. Each day, the staff gave her a sticker, designating her the visitor of the day. She stuck them one by one on the visor of her SUV, forming a collage she hoped Kevin would see when he came home, a symbol of how much he meant to her and how hard he had fought.