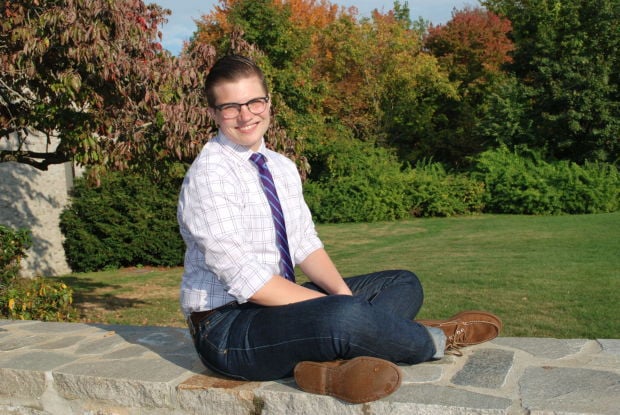 After graduating from high school and enrolling at Nebraska Wesleyan University, Emily Evnen changed her name to Ev and dropped the pronouns “she” and “her” for personal identification, preferring the use of “they” or “them.” 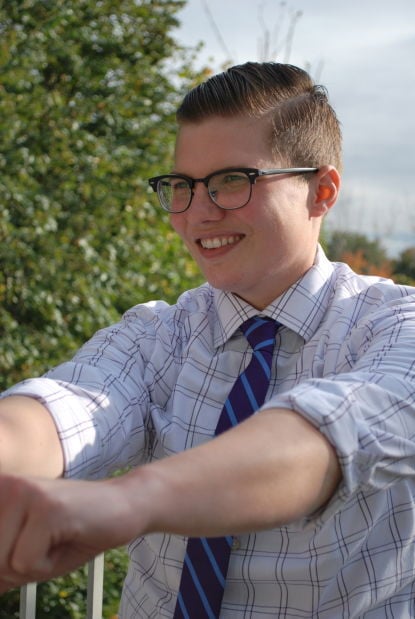 We could go on.

But really, how do you define a person in an era in which the world insists on labels that are more confining than defining? In a century in which language changes constantly to fit new norms of being?

In 2006, Emily Evnen was just beginning to hone her identity. As a senior at Lincoln Southwest High School she was a fledgling, balanced on the rim of the nest ready to launch into the wider world.

She did an interview that year with the Journal Star as part of its series on high school seniors — Generation '06 — and talked about her aspirations: to attend Wesleyan University in Middletown, Conn.; to use theater as a voice for social and political change; to someday live in New York City; and to be in love with someone who loved her back.

In high school, she had done a lot of exploring and learning about the things that interested her. At age 15, she made discoveries about her sexuality, too.

“There's a movie called, 'But I'm a Cheerleader' … and it's this story about a high school girl whose parents think that she's a lesbian, and she says, 'How can I be a lesbian? I'm a cheerleader.' And they send her to one of those straight conversion camps. It's a comedy, so it's really funny. But I was watching this movie and I just had this realization. I thought, 'Oh my god, I'm gay.'”

When she reached Wesleyan, she learned more, discovered more.

“So I came to Wesleyan knowing that I liked girls and I left with kind of a more nuanced, more complex understanding of what that means, especially as it relates to my gender,” Evnen said.

“There's a diversity of different gender experiences and for me identifying as a genderqueer, it's a reflection of the fact that I consider my gender something other than man or woman.

"I have a certain biology. Most of the time I'm pretty OK with how my body is biologically. But the way that I express my gender, you know, people who call themselves girls might be really, really girly and wear makeup and pink every single day. Or they might be kind of more of a tomboy and wear baggier clothes. So even within the category of girl, there's all these different expressions of what that can mean.

“So for me, genderqueer is just a ... different label for how I express my gender in a way that to me is not man or woman.”

Evnen dropped the pronouns “she” and “her” for personal identification, preferring the use of “they” or “them.” Emily became Ev.

Identifying as genderqueer didn't change Evnen, but it was liberating.

“I just finally had a word that I could use to describe myself,” they — Evnen — said. “It gave me a little bit more space to kind of explore and play, and wear ties more frequently.”

They are surrounded by a community of family and friends, both in Cambridge, Mass., where they now live, and in their hometown of Lincoln, to which they return frequently, most recently to have wisdom teeth removed.

Evnen's father, Richard, gets it.

“I also believe that a person's gender and their identity that springs forth from that gender contains elements of both genders. It's sort of a slider,” he said. “Some people are maybe more to one end of that spectrum than the other. Some people are more in the middle.”

The use of a more gender-neutral name supports not relying on a first impression to decide important things about a person, he said.

When he looks at Ev Evnen, he sees the child that he always has loved. He likes the way Ev dresses, Ev's style and physical appearance.

The father has learned from the child, who is an independent thinker. Always has been, he said.

“Ev has a sense of mission and responsibility in the world and a real interest in social justice,” he said.

Evnen graduated from Wesleyan in Connecticut in 2010 with a major in American studies, a concentration in queer studies and a minor in Jewish-Israeli studies. What Evnen learned at Wesleyan was how to think critically and analyze the world they encountered.

“I joke that I graduated from undergrad with no marketable job skills. Which is why I'm in grad school now,” Evnen said.

As a college student, they developed a love of rugby. After playing four years there, and two years on the Beantown Rugby team, they now are coaching a women's rugby team at Brandeis.

The 25-year-old is at the Heller School for Social Policy Management at Brandeis University, in Waltham, a half-hour outside of Boston.

“Being a Jew from Nebraska, my dad was convinced that Brandeis was the zenith of Jewish-American experience, so he was thrilled when one of his kids finally went there,” Evnen said.

The student has put aside the pursuit of theater as a vocation, though there's still a love for performing arts. The goal now is to get a master's degree in public policy and an MBA in nonprofit management.

“For me, what this particular program is about is accumulating as many tools as possible to create the kind of social change that I want to see in the world,” Evnen said.

A lot of nonprofits are doing good work and have insightful ideas, Evnen said, but don't always have the skills to survive in a world in which they have to apply continually for grants and deal with 501C3 status and other issues.

“So for me, it was about finding ways to work in the nonprofit world so that work can be sustainable,” Evnen said.

The focus on activism remains.

He has learned a great deal from his daughter: “I've learned about familial relationships, what's important about them and how they function when the people involved with them push the boundaries a little bit,” he said.

Seven years ago, Evnen hoped to be living in New York City in 10 years. It will happen someday if it makes sense.

There's one philosophy of the 18-year-old — the truth will always win out — that Evnen is less sure of now.

"I still believe that justice will win out in the long run — not because there is an inherent progression toward justice, but because of the hard work of people who demand it."

Reach JoAnne Young at 402-473-7228 or jyoung@journalstar.com. You can follow JoAnne's tweets at twitter.com/ljslegislature.

I have a very large family, both immediate and extended. I have wonderful grandparents on both sides. They're actually backyard neighbors, whi…

After graduating from high school and enrolling at Nebraska Wesleyan University, Emily Evnen changed her name to Ev and dropped the pronouns “she” and “her” for personal identification, preferring the use of “they” or “them.”