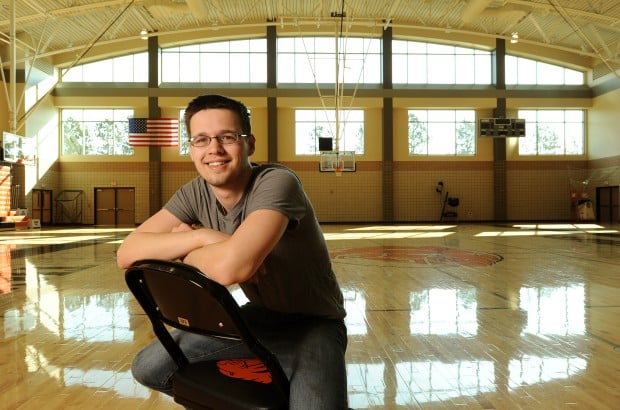 Doane College junior Tyler Pooschke is a cancer survivor and a campus leader for Doane's Relay for Life. 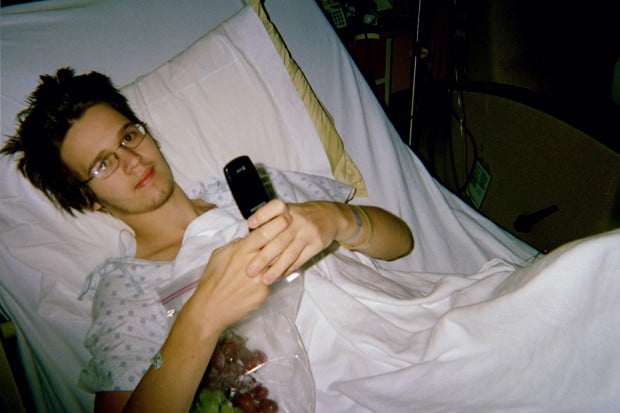 Tyler Pooschke was diagnosed with stage 4 lymphoma in October 2009.

It reminded him of finishing a three-mile run. Only he was lying in bed.

The former 150-pound track star and wrestler had shriveled to less than 120 pounds as a result of an illness his doctor believed to be muscular dystrophy.

On that night in October 2009, a football game played on the television as the Elkhorn senior turned to his mother and told her it felt like he had something stuck in his throat.

Michelle Pooschke had the family doctor on speed dial, and he instructed them to go to Children's Hospital.

On the drive to Omaha, Tyler thought about Elkhorn students who had died, sobbing to his mother: "I don't want to die."

Having deteriorated over months of doctor visits and countless medical tests to the point that he needed a wheelchair, Tyler couldn't know his life was about to get better.

But first, it would get worse.

Tyler injured his right leg running in July 2009, and it just wouldn't heal. When it stopped hurting, the pain moved to his left leg.

He postponed signing up for the Army Reserves, which he had hoped would help pay for college.

Once a night owl, he began falling asleep at about 6 o'clock. And then he stopped running.

An only child, Tyler never had met his father. His mother had changed jobs and had no health insurance. In the few visits to a doctor she could afford, Tyler was diagnosed with muscular dystrophy.

Soon, he was in a wheelchair. Eventually, he wasn't strong enough for even that.

"He looked like a concentration camp survivor," his mother said.

His appetite disappeared. That September, he stopped going to school regularly.

Arriving at Children's Hospital, Tyler coughed up a mass, which helped him breathe.

The next day, a CT scan showed masses in his abdomen -- stage 4 lymphoma.

"We were actually happy because cancer is better than muscular dystrophy," he said.

Even at stage 4, lymphoma has a five-year survival rate of 65 percent, according to the National Cancer Institute. By comparison, muscular dystrophy -- which weakens and breaks down muscles -- is incurable and often fatal.

The cancer had spread to Tyler's abdomen, right leg and left testicle.

Next came months of painful surgeries, spinal taps and chemotherapy.

"I got really good at throwing up," he said.

His hair began falling out, so he shaved it off.

Hospitalized for the first month, Tyler built rapport with his nurses, even one who hated Nebraska football as much as he loved it. They would watch football and tease each other.

A cousin cried at his bedside. Members of his track club visited and raised money for a laptop and iPod.

He wasn't out of the hospital long when an infection in his left arm sent him back, the first of many return trips.

He's considering a career in nonprofit work, but first, he'll focus on the April 12 event.

Doane's relay has raised more money than those of same-sized colleges in three of the past four years -- $72,000 last year.

It was a long road. He spent a year in hell from the time he began feeling symptoms in 2009 until the next summer, when he could put his running shoes back on.

In November 2009, he began walking on his own once more.

Later in March, he returned to school, but the day he felt truly healthy was June 10, 2010.

His track club, the Cornhusker Flyers, hosted a Junior Olympics state meet at Burke High School in Omaha. Tyler ran the 100-meter dash -- his first competitive race since getting sick.

The former Cornhusker Flyers volunteer coordinator cheered him on, alongside everybody else.

"The whole stadium was bawling," she said.

Tyler fell to the ground after crossing the finish line. He stood up for hugs from nearly everyone on his track team. And then he took a deep breath.

The Doane College Relay for Life will start at 6 p.m. April 12 in the Haddix Recreation and Athletic Center on the Crete college's campus.

Doane College junior Tyler Pooschke is a cancer survivor and a campus leader for Doane's Relay for Life.

Tyler Pooschke was diagnosed with stage 4 lymphoma in October 2009.