Daniel Marshall used to own two pit bulls. Now he owns one.

Geisha, one of the dogs, was shot and killed by Lincoln police in August after it allegedly charged an officer.

His other brown pit bull, Diesel, also there that day, has been declared dangerous.

"My little daughter rides him like a horse," he said Friday. "He's not dangerous."

Regardless, Diesel is one of 11 pit bulls in the city that's been declared dangerous.

They range from what some call "aggressive breeds," such as bulldogs with names like Meathead and Hellbent, to a tiny Pekingese named Pookie.

And Lincoln is home to three pit bulls named after the notorious gangster Al Capone.

"We recognize that all dogs bite, and we have examples of that," she said. "We look at enforcing the local ordinance and state statutes that say dogs must be declared dangerous if they bite a human and requires medical treatment -- we don't have a choice."

Animal Control responded to 483 bites and attacks, ranging from nips to mauls, in fiscal year 2009-10.

Vicious animals -- a designation that can come from killing a domestic animal or biting a person three times in a year -- are put down.

To be deemed dangerous, a dog has to kill a domestic animal without provocation or injure someone so badly he or she requires medical treatment, Beal said.

The potentially dangerous label means the dog bit a human but the wound did not require medical treatment, bit a domestic animal or chaseed or approached people in a menacing fashion.

According to an analysis of records from Animal Control, the 74 dangerous dogs in Lincoln live all over town, with a cluster of about a dozen in the Near South neighborhood and another dozen between 27th and 33rd streets, from Randolph to Holdrege streets.

If online comments on stories about pit bulls are any indication, the debate about whether certain breeds are naturally more aggressive or whether they're made that way by their owners is a heated one.

The Lincoln-Lancaster County Health Department and the Capital Humane Society both subscribe to the nurture argument.

"Any dog can be a good dog," said Bob Downey, director of the Humane Society. "It's about how these dogs are socialized around people and how they're trained. It boils down to human responsibilities.

"There are folks who breed animals for bad temperaments, and that puts them behind the eight ball."

"It's the owner's responsibility to manage and control their animal regardless of breed," she said.

What happens to a dangerous dog

Keep reading for FREE!
Enjoy more articles by signing up or logging in. No credit card required.
Log in Sign up {{featured_button_text}}
Ordinances say potentially dangerous and dangerous dogs must be neutered or spayed and implanted with microchip IDs. Dangerous dogs must be on leashes at all times and muzzled while out and about. If a dog has multiple offenses, it can be put down.

And their owners must:

Downey said he got dangerous dogs from Animal Control to be euthanized on at least a monthly basis.

He said if a dog has its ears laid back against its head and its legs are very stiff, it probably is warning a person that it feels threatened and will protect itself if it must. If a dog is growling or barking with his teeth showing, it means it's ready to bite.

Animals behave aggressively for many reasons, he said, including fear, dominance, food or object possessiveness, territorial behavior or protective behavior.

Experts recommend a person freeze, then slowly move away from the dog. If the dog jumps, a person should curl into a ball and cover his or her face and head.

"My dog's not dangerous"

Not many appeal a decision from Animal Control, Halstead said.

"Not every owner thinks their dog is an angel," she said. "Most accept what happened."

For Beal, the perfect world would equal calm canines and a bite-free environment -- but that's not reality.

Beal said he was willing to review cases to see if there were evidence an animal was provoked. But they're not overturned often, he said.

Owners can appeal through Animal Control and then the court system if they aren't satisfied.

James Wallbridge, owner of Booker, a Cairn terrier, is going through the court system.

According to court documents, he argues his dog was provoked by someone who has a history of tormenting dogs. A ruling has not been made in the case.

Daniel Marshall said his pit bull, Diesel, didn't attack anyone, and he doesn't care that the dog is labeled dangerous, because he knows he's not.

But one thing does bother him: He has to neuter the animal.

He has not pursued an appeal. 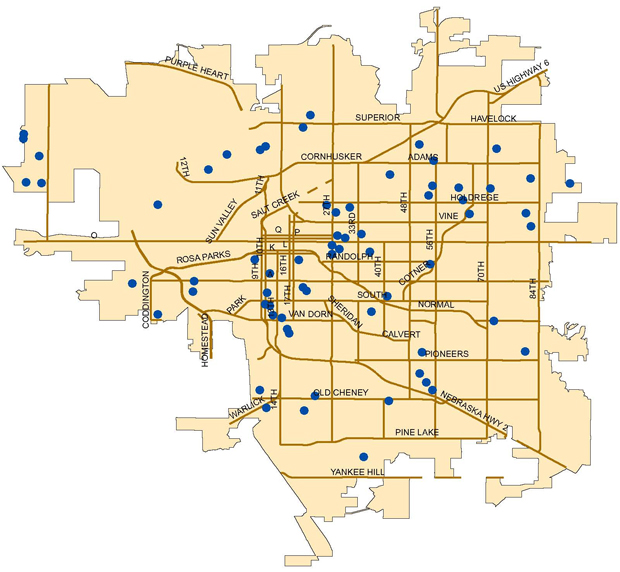 What's in a name?

The most common name of dangerous dogs shares a moniker with a crime lords. Three dangerous pit bulls are named "Capone" after the prohibition…

Their little Buddy didn’t stand a chance against the bull mastiff.