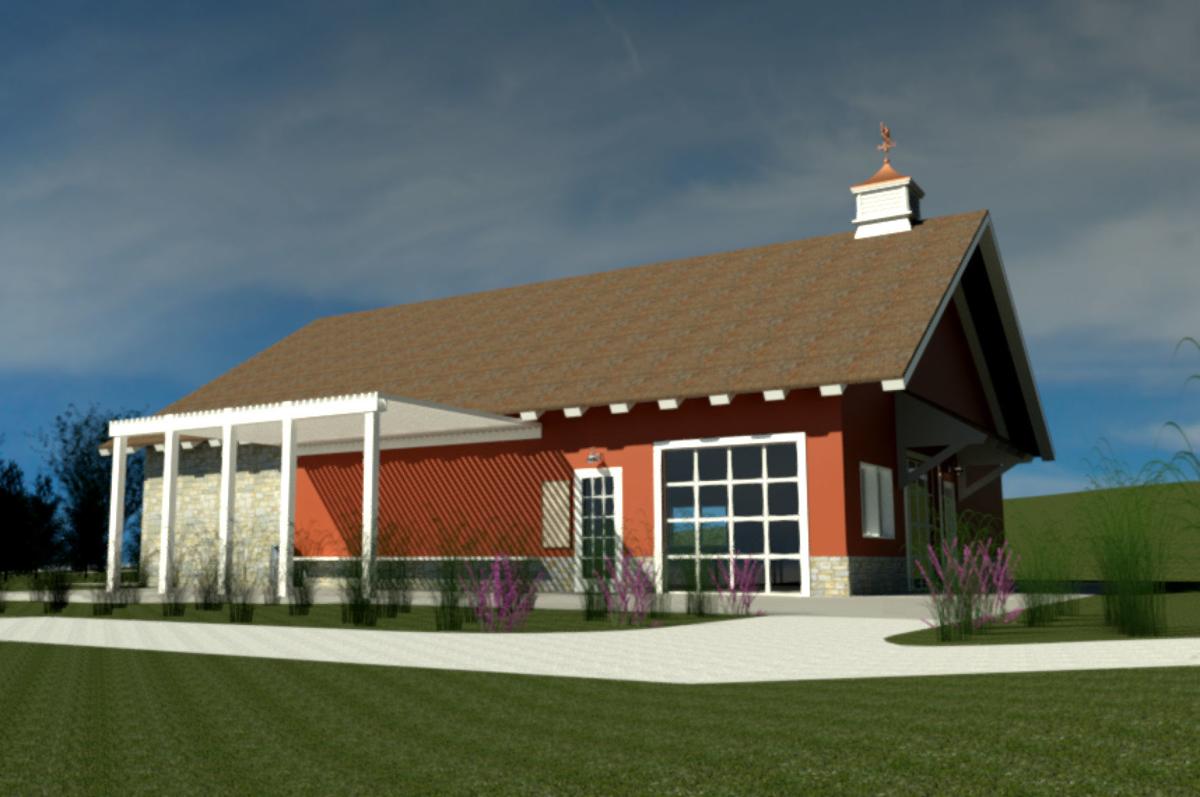 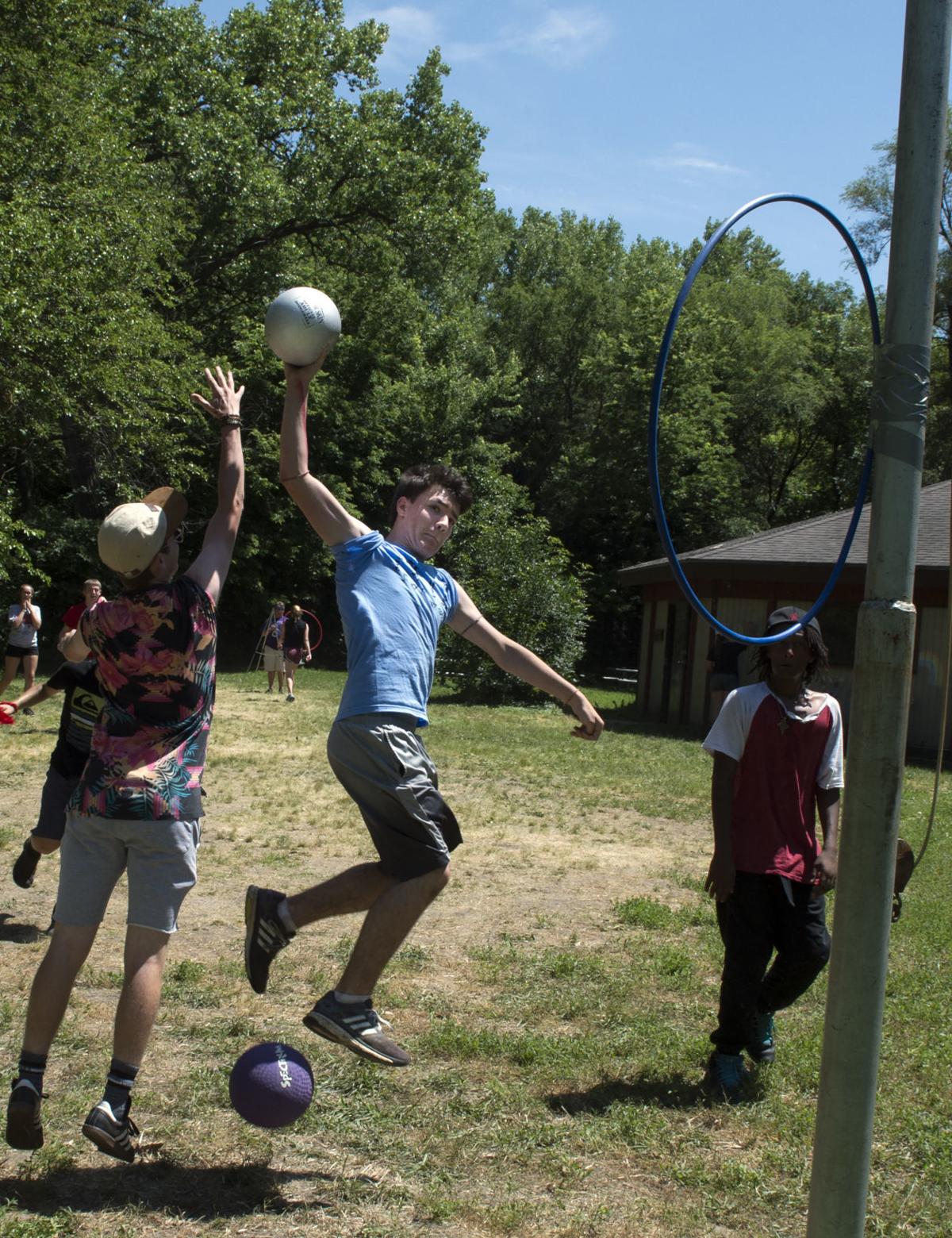 After a fire left Wilderness Park without its camp building almost two years ago, day campers found themselves the next summer in a 20-by-30-foot tent next to a couple of sheds in the center of nearby Pioneers Park. The program continued to operate at capacity and the adjustment was tough; it just wasn’t the same.

But when 2020 rolls around, the Pioneers Park Nature Center is hoping it will be ready to open the doors to a new building intended for yearlong programs.

“We're close to having the construction plans finalized so we can put the project out for bids this summer with the idea that we need to start construction this fall," Yost said.

Parks and Rec already has $126,000 set aside from the insurance settlement the department received after the previous camp building in Wilderness Park burned down. The Lincoln Parks Foundation is also leading a capital campaign to raise $117,000 in private donations, according to executive director Maggie Stuckey. The rest of the money will come from the department's community improvement program for repair and replacement projects, Yost said.

The new building and nature day camp programs will move from the former Wilderness Park location to the nature center in the southwest corner of Pioneers Park. The move comes for a number of reasons, but the former building’s isolated location stands out chief among them. Staff dealt with repeated cases of vandalism and break-ins even before the fire, which was ruled as arson.

“We knew that putting it back in that existing location was not a very wise idea because while (the fire) was obviously the most severe problem we've had, it wasn't by any means the first problem,” Yost said. “We started looking at alternate locations and what are the pros and cons to other locations. Quickly the pro list of this particular location (rose) to the top.”

Aside from being a more secure location, maintaining the new building will be much easier at the Nature Center than it was at Wilderness Park, according to Nature Center Coordinator Andrea Faas. The old building was in a floodplain, and aside from flooding problems, its proximity to Salt Creek meant the saline water corroded pipes.

Moving from a low-lying area to a prairie has another benefit: fewer mosquitoes.

“They had serious mosquitoes because they were literally right next to a wetland,” Faas said. “Now they’re up on a hill, so there’s the breeze that comes through and there’s going to be a view of the Nature Center and the Prairie Corridor on Haines Branch.”

Students get closer to nature and spiders in outdoor adventure class

There will be fire on this beautiful fall Thursday, the spiders be damned.

And with a larger building comes more camp programming opportunities. Faas said the old building struggled with operating at capacity and limited opportunities to grow the day camp program, especially since it closed for the winter season. Now, she is hoping the Nature Center will be able to act as an all-seasons home base for education and camping programs.

“We’d like to do more with older kids. In the summer we offer a leadership camp and those kids volunteer with the summer camp,” Faas said. “But we’ve had a hard time making offerings they can do throughout the year. We’re hoping this space will allow us to do more of that.”

In the meantime, the temporary tent facility will be used for the upcoming summer camps one last time. Adapting to change was difficult at first for campers and counselors, according to Faas, and much of it came from having to relocate from Wilderness Park.

“That has been a historic camp location for decades," she said. "There were many people in Lincoln that certainly identify with that area and remember going there and just how special that area is. Being out in nature and being able to play in nature is so important, and so as much as possible we are keeping those traditions, because that’s what many of our campers and families enjoyed. We lost something special, but we haven’t lost camp.”

Starting Monday, the learning laboratory located in the west end of Pioneers Park will be used exclusively for nature center programs.

The Southwest Rural Fire Department responded to a building on fire at Wilderness Park on Tuesday afternoon.

Disney on Ice to bring 'Worlds of Enchantment' to arena

Disney on Ice will bring its “Worlds of Enchantment” show to Pinnacle Bank Arena for five shows over three days in October.

With a 21,000-gallon aquarium, Schramm Education Center opens near Gretna

After a $7 million makeover, the new Schramm Education Center is scheduled to open to the public Saturday, finishing the first stage of the st…

Seniors have a ball at prom-themed party

Long ago, Lincoln Mayor Francis W. Brown challenged Lincoln’s leaders with a vision of a beautiful, meandering park through the growing city a…