Offutt Air Force Base’s 55th Wing gathered in a Lincoln Airport hangar Friday to put a cantankerous old cow of a jet out to pasture.

About 100 people bid farewell to an OC-135B aircraft — known to crew members by its tail number, 61-2670 — that has been used since the mid-1990s for aerial photography missions over other countries as part of the 34-nation Open Skies Treaty.

In so doing, they closed the curtain on a pact that was one of the last vestiges of post-Cold War military cooperation between the U.S. and Russia.

The plane, one of two aged OC-135Bs being sent to the Air Force’s Arizona boneyard for scrapping, “facilitated the United States’ promotion of peace, understanding and cooperation immediately following the Cold War, and well into the 21st century,” said Col. John Litecky, commander of the Offutt-based 55th Operations Group.

The treaty was signed in 1992 and fully implemented in 2002. It allowed member nations to fly strictly controlled flights, with short notice, to inspect and photograph one another’s military facilities from the air.

But the Trump administration pulled out of the treaty in November, alleging Russian violations. Last week, the Biden administration confirmed that it would not try to reenter the treaty, although President Joe Biden said as a candidate last year that he opposed a withdrawal.

“We look at Open Skies — it was something that was working, and working well,” said Rep. Don Bacon, who commanded the 55th Wing a decade ago. “It forced the U.S. and Russia to work together.”

But the U.S. has long flown the missions with a pair of decrepit planes dating from the dawn of the jet age. Both rolled off a Boeing assembly line in suburban Seattle in April 1962 — within days of the opening of that city’s World’s Fair, famous for its futuristic Space Needle.

Originally used as Air Force transport jets, they were reconfigured in 1965 as WC-135 weather reconnaissance aircraft and based in California.

Almost 30 years later, the Air Force transferred them to the 55th Wing at Offutt in Bellevue and outfitted them with an expensive suite of wet-film cameras, called “sensors.” They were designated as OC-135s for the Open Skies mission.

Unlike the RC-135 Rivet Joint and Cobra Ball aircraft in the 55th Wing fleet, they never received modern engines and avionics. As the planes got older, they frequently suffered inconvenient breakdowns in difficult places.

“Over the years, (the planes) have become beloved members of the 55th fleet, new in mission but old and irritable in spirit,” Litecky said.

To peer into the cockpit — as many former crew members did after Friday’s ceremony — is to look at an array of analog dials and switches that looks as outdated as a dial telephone. Which it is.

Litecky said the plane’s noisy, smoke-belching TF-33 engines had developed a reputation for “just being a bear to deal with.”

It didn’t help that the planes frequently operated in extreme conditions and at austere Russian airfields.

Lt. Col. Julie Gilbert, a former crew member, showed photos from a mission in which the temperature was minus 31 degrees at the starting point, Novosibirsk, in Russia’s frigid Siberia. Crews had to shovel 2 feet of snow off the wings.

“We still flew the mission,” she said.

Lt. Col. James Hansen, now the standards and evaluation officer for the 55th Operations Group, recalled turning back to Hawaii, en route to Japan after both of 2670’s high-frequency antennas broke.

Once, an engine failed and the cockpit filled with smoke and fumes.

And he was the commander of a notorious March 2016 flight aboard 2670 out of Khabarovsk, in the far east of Russia. Already short one generator, the plane filled up with smoke and fumes after takeoff.

Hansen said he didn’t want to risk an emergency landing in either Russia or nearby China. He determined that the smoke was coming from the pressurization system, not a fire, and decided to press on to Yokota Air Base in Japan, with the U.S. and French crew members on oxygen.

Then parts of the electrical system failed as they flew over a mountain range in Japan. He managed to land the plane safely.

Crew members did speak fondly of the plane and the Open Skies mission, in part because of the shared adversity of flying into decrepit airfields aboard an unreliable jet.

“You really love them more, even with all their faults and foibles,” said Lt. Col. Andrew Maus, commander of the 45th Reconnaissance Squadron, the 55th Wing unit that flew the OC-135s.“They are near and dear to our hearts.”

The plane will fly its last flight Wednesday, to join its sister aircraft in desert storage at Davis-Monthan Air Base in Tucson.

Maus said the plane isn’t a good candidate for a museum because it is so big. It would be expensive to transport, and to display.

Offutt planes to start landing in Lincoln on Monday

So, 2670’s fate is all but sealed: temporary storage, and eventual scrapping.

“We hope down in the sunny sands of Arizona, you’re able to finally find a peaceful resting spot,” he said.

Photos: Offutt Air Force Base through the years

Bricks that honor veterans and have been purchased over the past two years will be dedicated Saturday at 10 a.m. at the Veterans Memorial Garden.

Wolfram, a retired Air Force Lieutenant Colonel, was joined by family at SilverHawk Aviation in Lincoln on Sunday morning for a birthday and Father’s Day gift wrapped into one.

Col. Kristen Thompson will replace Col. Gavin Marks, who was the wing's first African American commander. “You were born to lead. And this wing is ready for your leadership,” Marks said of Thompson.

The Nebraska Department of Veterans' Affairs Vets Get Pets program is offering to cover up to $350 in pet adoption fees for Nebraska veterans. 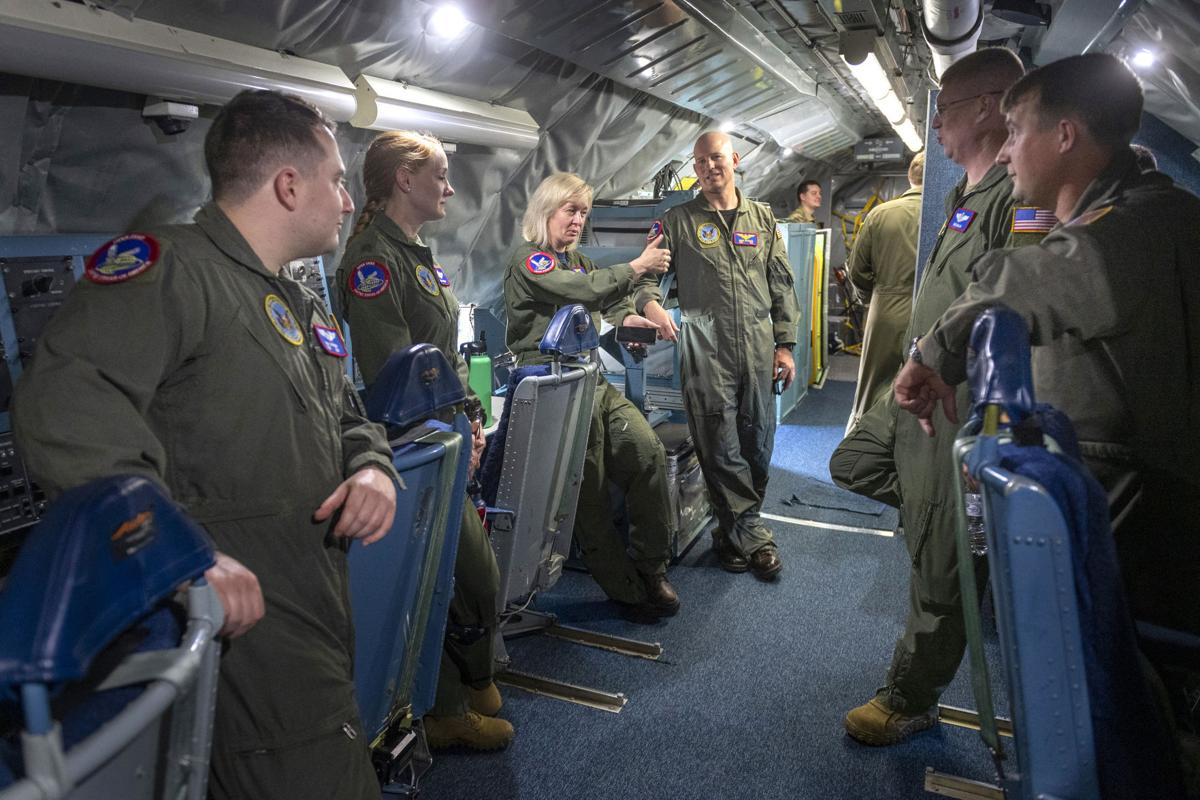 Members of the Air Force talk about the old days operating OC-135B Open Skies aircraft Friday at the Lincoln Airport. 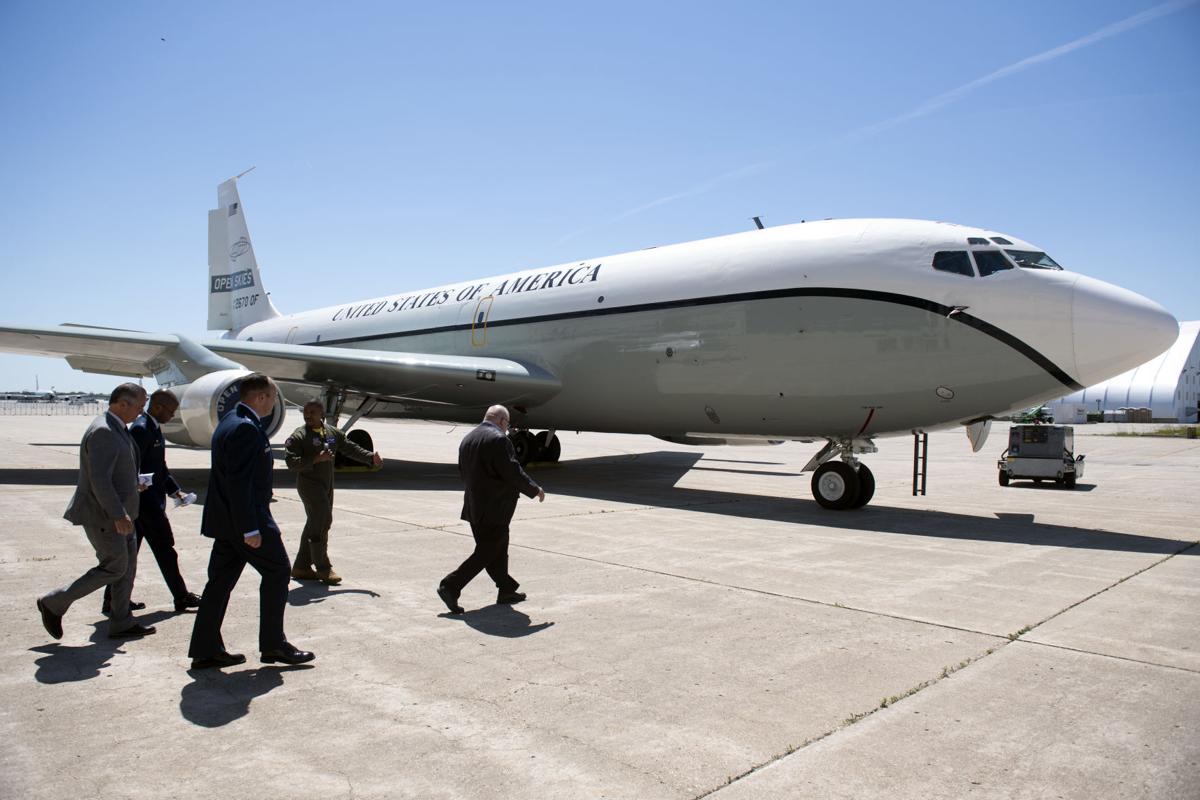 The final OC-135B Open Skies aircraft with a tail number 61-2670  at a deactivation ceremony Friday at the Lincoln Airport. 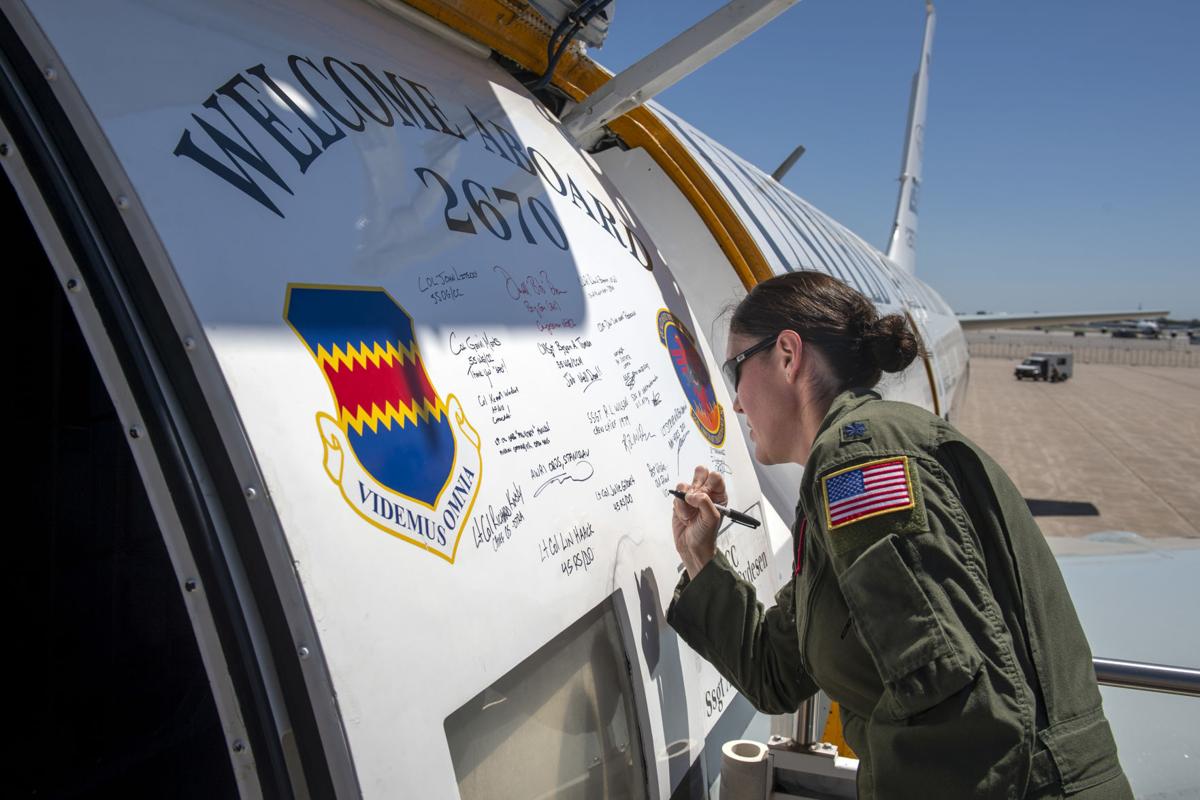 Lt. Col. Julie Gilbert of the 45th Reconnaissance Squadron signs her name on the final OC-135B Open Skies aircraft after a deactivation ceremony Friday at the Lincoln Airport.