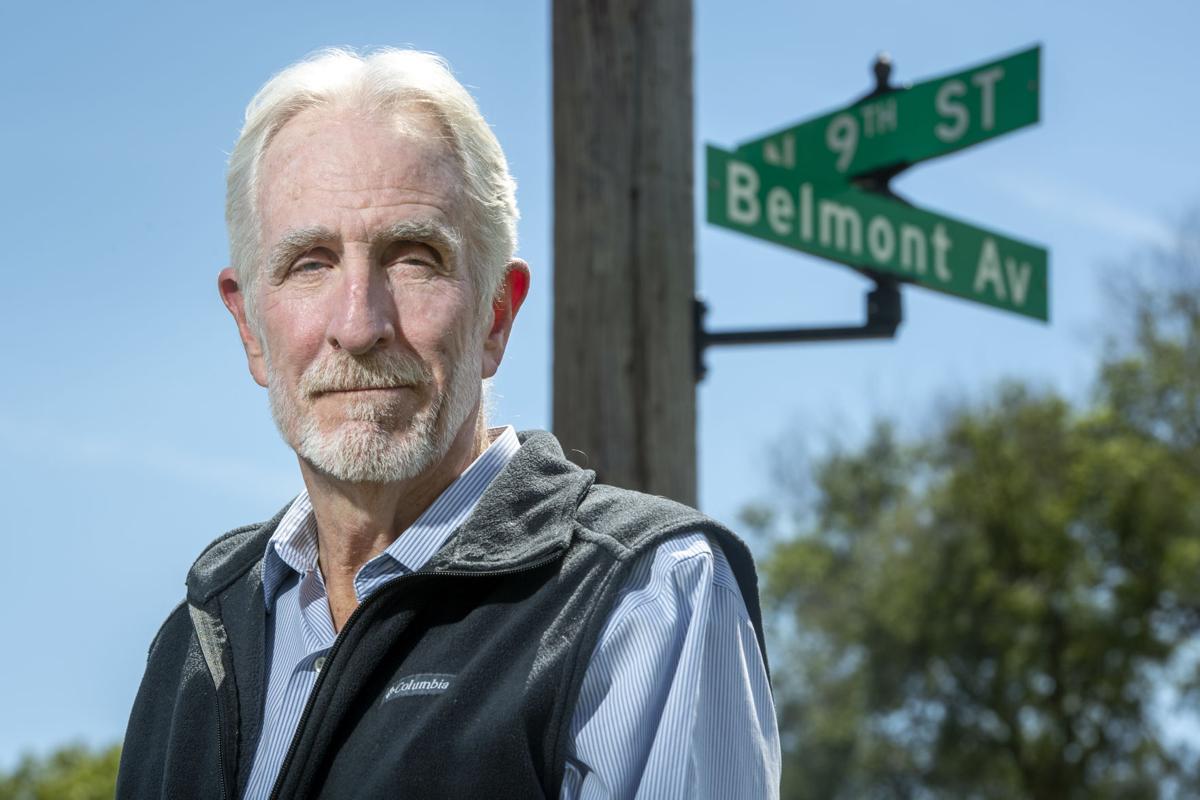 Author Harry MacLean, who has made several trips to Lincoln this year while researching a book about Charlie Starkweather and Caril Fugate, stands near the scene of one of the crimes -- where Starkweather killed Fugate's mother, stepfather and baby half-sister. 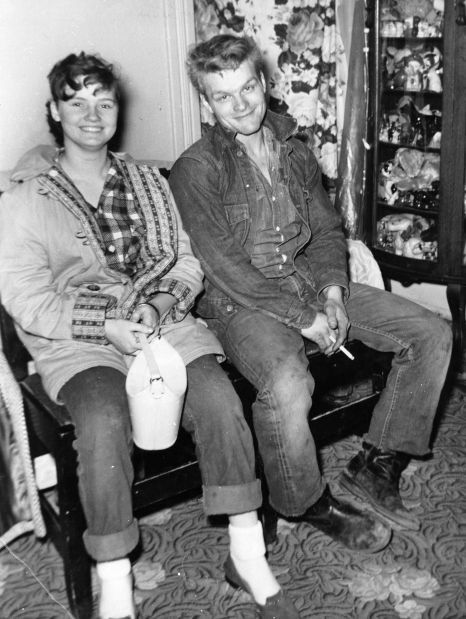 Caril Fugate (left) and Charles Starkweather in a snapshot taken by his landlady in 1957.

But that didn’t stop the Nebraska native from driving there from his home in Colorado after reading about the 1981 vigilante slaying of a small-town bully in Newsweek.

He stayed in Skidmore for three years — attending church services and tractor pulls, selling tickets for a Mother’s Day bazaar and judging a community dance contest. He knew he had to learn the landscape, the culture, the history and, more importantly, build the trust of the locals to unravel the motive, and the mystery, behind the killing.

“I hadn’t intended to do that, but that’s how it worked out,” he said. “I got deeper and deeper into the community.”

After it was released in 1988, “In Broad Daylight” sold more than 1 million copies, won an Edgar Award and was made into a TV movie.

But for his latest book — an examination of Caril Ann Fugate’s role during Charlie Starkweather’s 1958 murder spree — MacLean is already right at home.

His brother was a classmate of Starkweather’s at Irving, and MacLean was just a couple of years behind.

He grew up on South 24th, the same south Lincoln street where C. Lauer and Clara Ward, and their maid, Lillian Fencl, were killed; C. Lauer Ward was on the board of directors at Bankers Life, where MacLean’s father was a vice president.

Here, he didn’t have to learn the landscape or the history. He lived it. He could conjure Lincoln in the 1950s as a teenager, as Fugate and Starkweather would have seen it; eating at the Runza near Pioneers Park; running down to Marysville, Kansas, for 3.2 beer.

“Charlie talks about doing stuff that I did,” MacLean said. “I’ve got so many amazing tie-ins to this story.”

MacLean has published four more books since his first. But he’s thought about telling a Starkweather story for decades.

“It was always there in the back of my mind that this story has never really been told, particularly in the context of what’s happened since then.”

And not in the way MacLean intends to tell it.

He was a lawyer and a judge before he became an author. He served as a trial attorney for the Securities and Exchange Commission, first assistant attorney general in Colorado, special counsel to the Colorado governor, general counsel for the federal agency that oversaw the Peace Corps, a magistrate for the Denver District Court and, lately, as a private arbitrator settling workplace and labor disputes.

He is paid to find facts and draw conclusions.

Last year, he was working on a novel and realized he was weaving in a Starkweather theme. He went to YouTube, and found Fugate’s interview on “A Current Affair.”

Fugate was adamant onscreen: She was a 14-year-old victim at the time, a hostage worried about the safety of her family, and not at all an accomplice. Not a Bonnie to Starkweather’s Clyde.

He started his research earlier this spring after suspending his arbitration practice. He’s been to Lincoln four times since then, studied nearly 4,000 pages of documents, revisited the crime scenes. He’s determined to analyze all of the arguments and evidence and — as he did when he was a magistrate, or when he’s arbitrating a case — take a position on Fugate’s guilt or innocence.

Officially, Fugate was found guilty only as an accomplice in the murder of Robert Jensen, sentenced to life in prison and was paroled in 1976. But the court of public opinion largely convicted her in all of the 10 killings Starkweather committed with her by his side, MacLean said. And the traditional approach was binary: She was either a helper or a hostage.

It’s more complicated than that, he said. Not as black or white. Look at all of the research that has been done in the past 60 years on the adolescent brain and its cognitive abilities. Now add the trauma of watching your boyfriend repeatedly kill.

“If you’re 14 years old and you think you’re a hostage and you see that, what does that do to your ability to reason and think and make rational decisions about escaping?”

He hasn’t reached a verdict through his recent research yet, he said. And unlike most of Lincoln, he didn’t draw a conclusion decades ago, during the spree, because he was away at prep school.

His book will contain a chronology of the crimes, filtered through Starkweather’s own conflicting reports about Fugate’s role. And the Nebraska native — raised in Bassett and Lincoln — will give his readers a taste of the Good Life.

“I’m going to force feed the reader on Nebraska. I’m sick of the one-note take the world has on it. It’s a much more interesting place.”

But this project is challenging, despite his familiarity with Lincoln. When he was working on his first book, all but one of the primary characters was still alive. They helped him tell the story in real time.

“It wasn’t history. It had just happened. It was raw and it was alive and there were emotions everywhere.”

The Starkweather case is history. Most of those close to the crimes are gone. MacLean does plan to try to talk to Fugate, who lives in Michigan and last year was denied a pardon. He’s also spoken with a former Lincoln Star reporter who covered the crimes, and the trials, and Fugate’s appellate attorney.

Beyond them, he’s dependent on documents.

Help an author out?

If you knew Caril Ann Fugate, Charlie Starkweather or any of the victims — or their families — author Harry MacLean wants to talk to you. Email him at hnmac@aol.com

He wants to start writing this fall, and hopes to publish in two years. In the meantime, he plans to continue his research, and hopes to find people who knew Fugate, Starkweather or their families.

Those personal, firsthand accounts can help him add new life to an old story.

“The challenge for me as a writer is bringing it alive, to make it a present story,” he said. “So when readers read it, they’re there as if it happened two years ago.”

Letters sought to share forgiveness for a girl named Fugate

Organizer of nationwide effort says: "At the very least, she was 14 years old, with the death penalty on the table. Even if you don't believe she was entirely innocent, you could go to a place of forgiveness for a child."

No pardon for Starkweather accomplice who sought to clear her name

Liza Ward said that for a long time she thought that Caril Ann (Fugate) Clair must have been guilty to some degree, until she herself agreed to appear on a crime show and had to extensively research the case.

Police were called after the 16-year-old boy, who lives near Loren Eiseley Branch Library, saw the child struggling in the water, jumped in and pulled him back to shore.

The first happened near North 70th and Vine streets at 5:30 p.m. and the second at 7:45 p.m. just south of North 27th Street and Cornhusker Highway, Lincoln police say.

A century ago, William Van Dorn's estate put one condition on its donation of 9 acres for a new city park. The city of Lincoln is finally complying with that request.

Author Harry MacLean, who has made several trips to Lincoln this year while researching a book about Charlie Starkweather and Caril Fugate, stands near the scene of one of the crimes -- where Starkweather killed Fugate's mother, stepfather and baby half-sister.

Caril Fugate (left) and Charles Starkweather in a snapshot taken by his landlady in 1957. 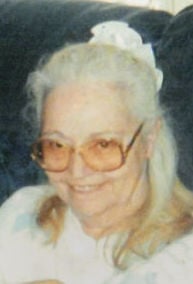