Kolby Nash, a 13-year-old from Weeping Water, just might be the catfish whisperer.

He began casting his line at 3 years old, pulling keepers from his neighborhood creek. Today, he knows all the best fishing spots in town — the parts of the pond that catch the “big ones” — and he uses his array of state-of-the-art poles to reel them in.

But Kolby's secret, more than his equipment and decade of experience, is his tried-and-true fish bait: a sticky red concoction that he mixes by hand in his kitchen.

Known as “Catfish Kolby” by the locals, he began selling his bait at local gas stations three years ago. It started with a couple of jars. Then dozens. Then hundreds.

Now, his product is in 30 stores in three states, including the Lincoln Scheels.

Why is Catfish Kolby’s Cut Bait making such a sudden splash? The boy puts it simply.

The young fisherman had no intention of starting a business when he created his first jar.

When he was 10, Kolby was enjoying a routine afternoon casting and catching when he realized he was out of bait.

So, he went home and scoured the cabinets for ingredients he knew the fish would find tasty, combining them in a mixing bowl.

The first go ‘round, not much happened. But the hiccup didn’t deter Kolby.

The next day, he added a few ingredients to the original recipe. And when he went back to the pond with his father, Brandon Nash, something strange happened.

“As fast as we could put it on him and his friend's hook, we were pulling catfish off,” Brandon Nash said.

Catfish Kolby had found the recipe for success. One of Brandon Nash’s friends suggested the young boy sell the product at the Weeping Water Express Lane. The five jars he provided sold out in an hour.

They swung by the next day to deliver more, and those sold out.

Platte River State Park, which could have been called Wild Turkey or Winding River, celebrates 40 years

Local fishermen began buzzing about the 10-year-old boy from town with the magic bait — so much so that other stores in the area began to call the phone number printed on the back of Kolby’s jars.

Even with his Scheels deal, his son doesn’t realize what he's building, Brandon Nash said.

“He doesn't understand how big that is, being 13,” Brandon Nash said. “I don't think he’ll ever understand that until he's older.”

The teen’s entrepreneurial venture has earned him local celebrity status.

He has 3,000 followers on Facebook and gets recognized around town. Strangers point at the boy, who used to have a distinct 14-inch mullet, and say, "That’s Catfish Kolby!"

With the mullet gone — he donated it to Wigs for Kids — he gets recognized less frequently. But kids around town still wear Catfish Kolby gear, and his loyal fans love to support his business.

But Kolby doesn’t want to be famous. He just wants to go fishing.

“It weirds him out that people know who he is, and he doesn’t know who they are,” Brandon Nash said.

“He's the kid that is always looking out for other kids, always caring about other people and how they're feeling,” Westover said. “He’s an all-around great, unique kid.”

She and her husband are business owners themselves and have given the Nashes advice as they’ve taken on the growing venture. The family friends have helped them learn how to market their product and expand into other stores, but the product works so well it hasn’t taken much convincing, she said.

She’s seen Catfish Kolby transform from a few jars at a roadside shop into an established business. The Nashes all work together to package and ship the jars. Sometimes Kolby enlists a few friends in exchange for some Catfish Kolby gear.

“The growth so far has been incredible,” Westover said. “I don't see it slowing down.”

When it comes to his newfound success, Westover said there is no one more deserving than outdoorsy, down-to-earth Kolby Nash.

“I don't know another 13 year old that works as hard as he does,” she said.

The best places to catch fish in Southeast Nebraska

Belmont Pool to have adjusted schedule for final weeks

Belmont Pool is the second pool to announce closures after Star City Shores made the decision to close Aug 8-11 due to lifeguard staffing issues.

The Salvadoran mother-daughter-duo will be expanding their food truck, Rosari's Kitchen into a restaurant this fall.

Kit Lemon spent 31 years in law enforcement handling all types of tense situations. Nothing, she said, compares to her recent encounter with a coyote in Sarpy County. 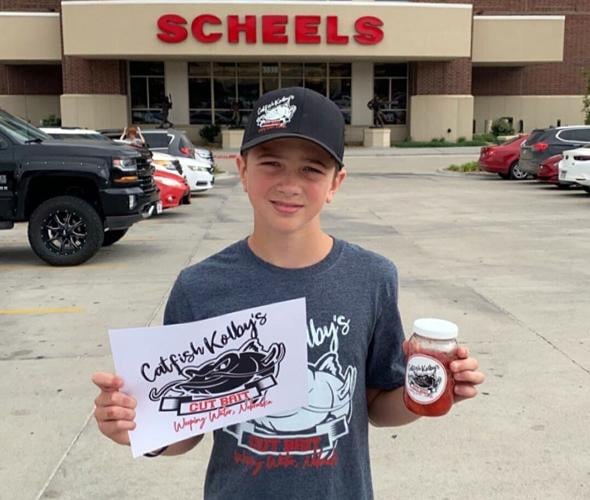 Kolby Nash, known as “Catfish Kolby” by the locals, began selling his bait at gas stations three years ago. Now, his product is in 30 stores in three states, including Scheels in Lincoln. 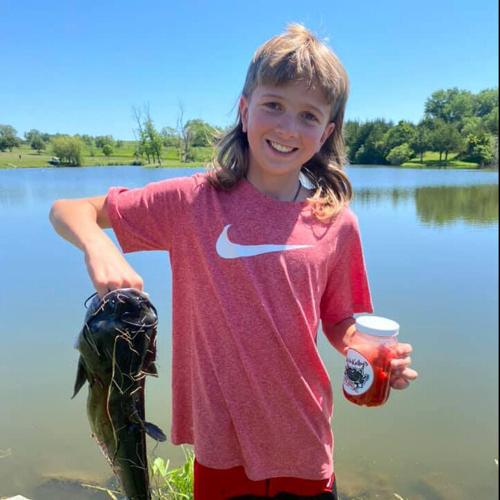 Kolby Nash has 3,000 followers on Facebook and gets recognized around his hometown of Weeping Water. Strangers point at the boy, who used to have a distinct 14-inch mullet, and say, "That’s Catfish Kolby!"