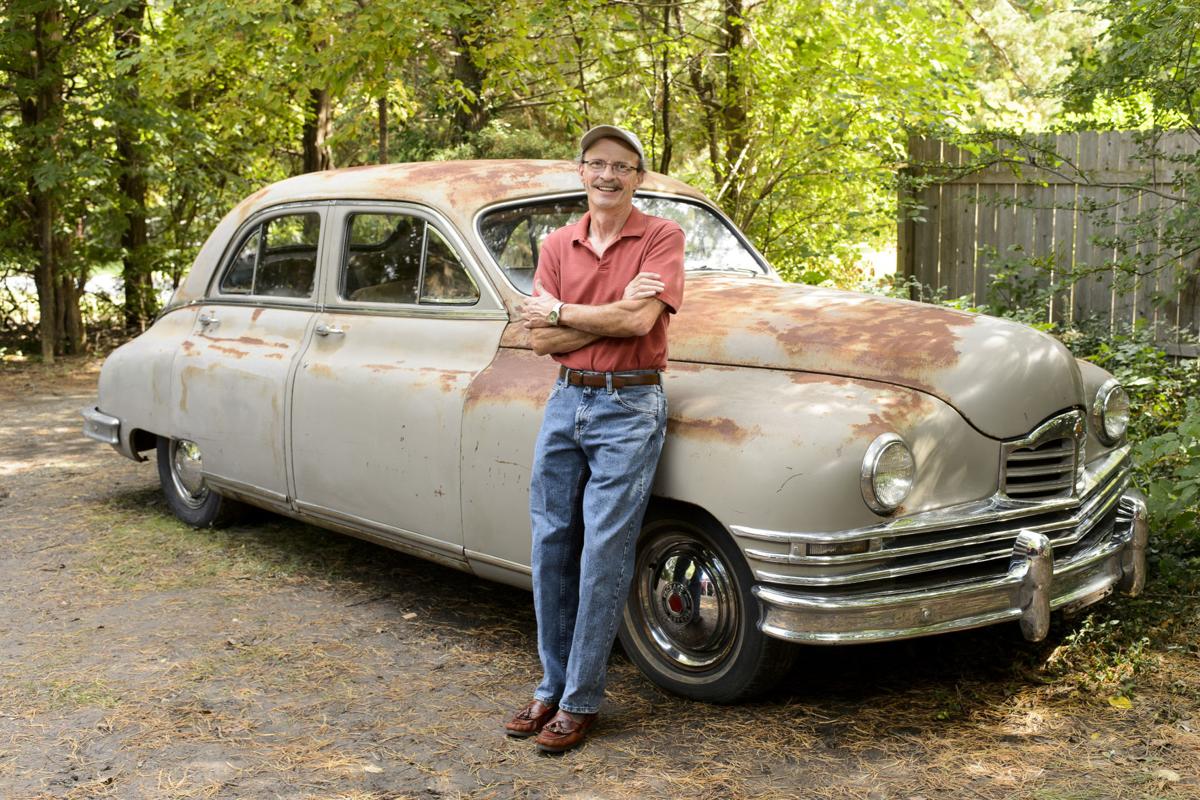 Steve Rall has been reunited with his first car, a 1949 Packard De Luxe Eight he bought while in high school. 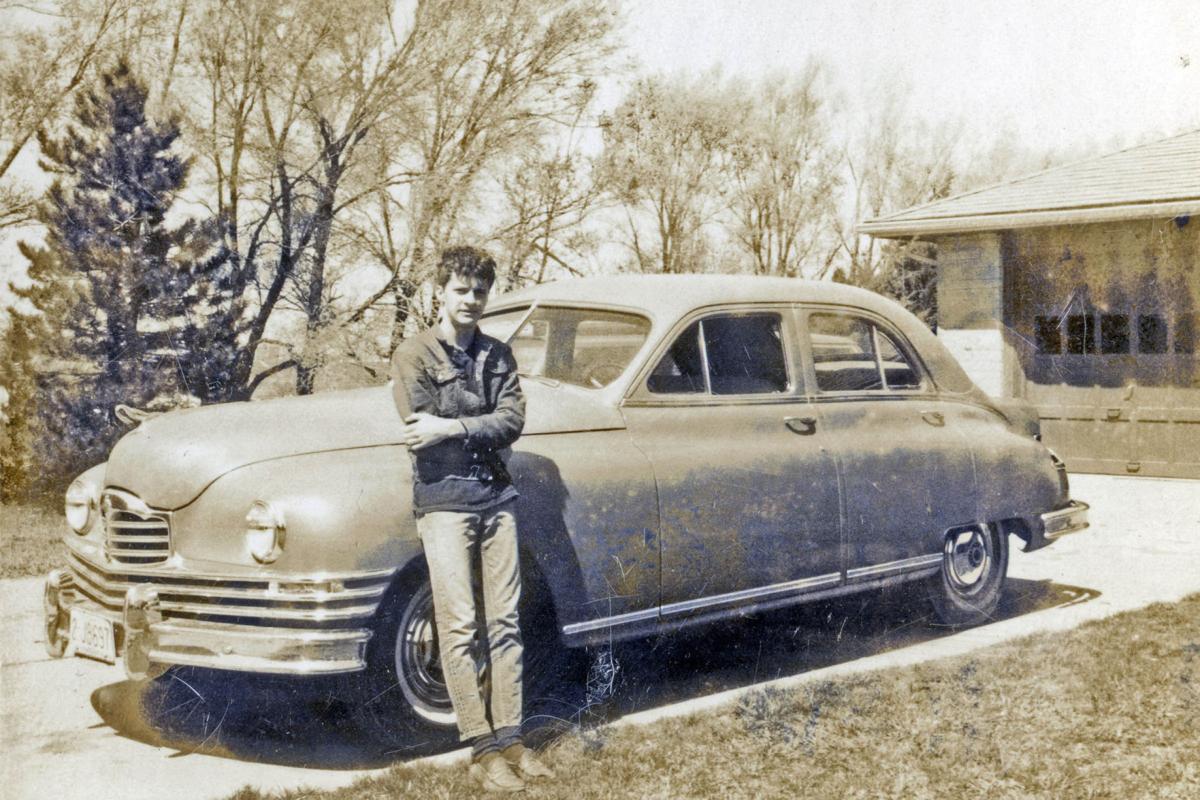 Steve Rall posed with his dream car, a 1949 Packard De Luxe Eight, in his father’s driveway in 1968. The East High student paid $60 for his first car. 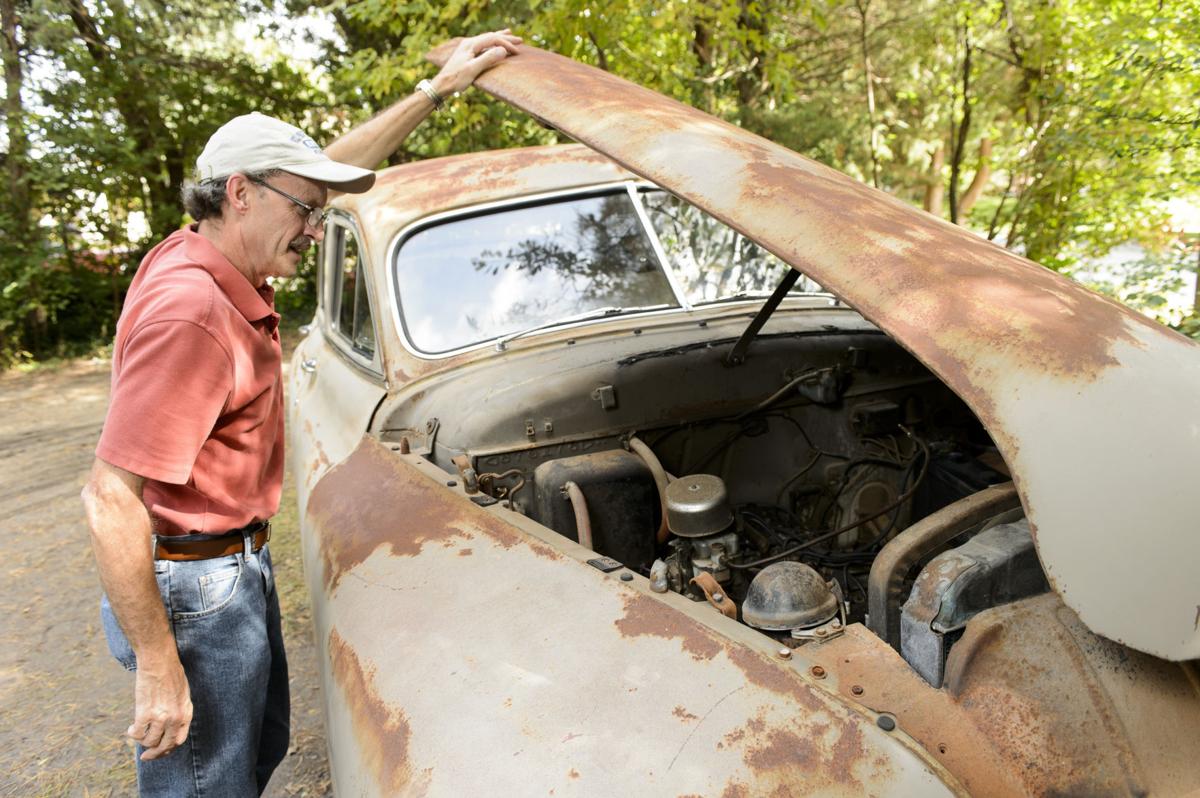 Steve Rall shows off the engine in the 1949 Packard De Luxe Eight that he bought in high school. A friend discovered the car at a north Lincoln repair shop and Rall bought it, reunited car and driver after 46 years. 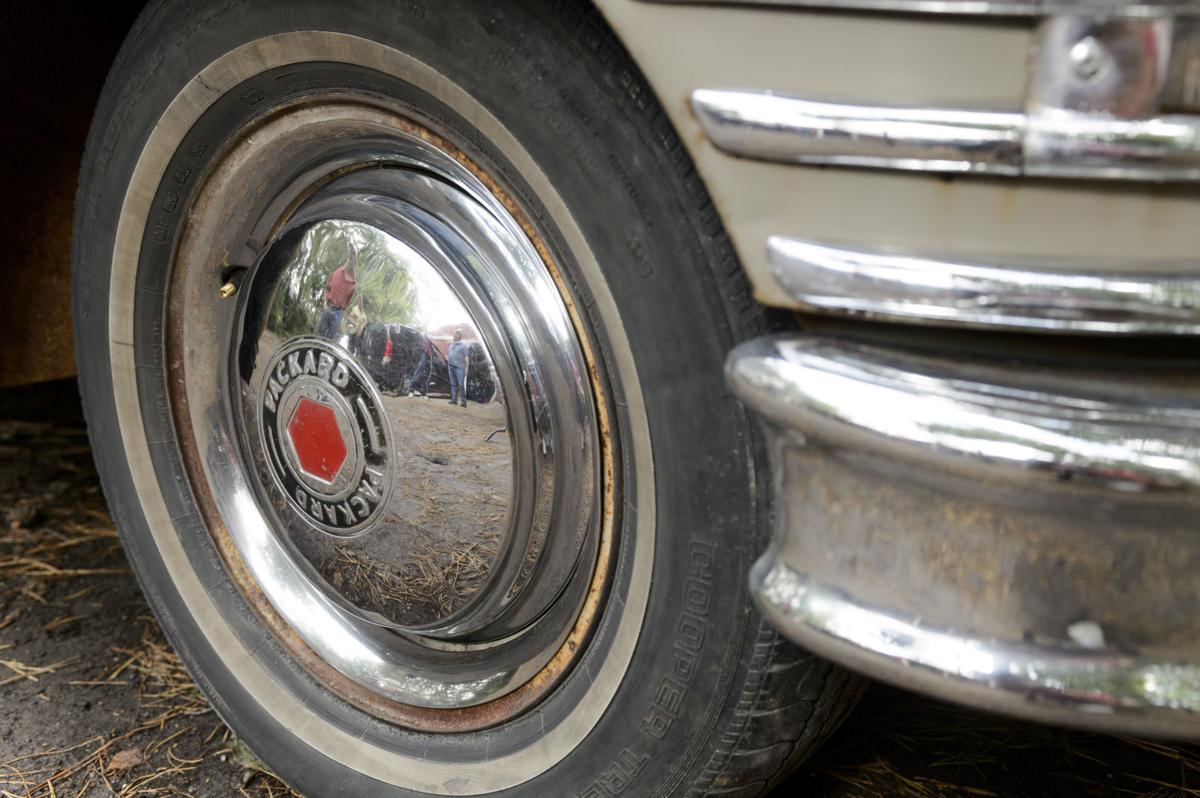 Steve Rall has been reunited with his first car, a 1949 Packard De Luxe Eight.

It was a bathtub of a car, a shapeless, four-door, post-war Packard.

And this was the late 1960s, when most of his classmates at East High were coveting cool cars, more muscular cars, like Camaros and Mustangs, Chargers and Chevelles.

But Steve Rall knew what he wanted, even before he had his license. The teenager had been hooked on ’49 Packards since seeing Hot Rod magazine’s photos of the Flintstone Flyer, a four-door dragster that could pop wheelies off the line.

“At that time, most of those cars were obsolete, and nobody wanted them. But I was kind of eccentric. In my 15-year-old head, I thought, ‘God, I want to get one of those, too.’”

He drove the De Luxe Eight all through high school, pausing to pose for a photo in his father’s driveway, a shaggy teen in a jean jacket leaning against an 18-year-old tank. That car carried him to his afterschool job at the Skelly station, on dates, to cruise O Street.

Then it drove out of his life in 1970, when his father, Frank, traded it for a Packard limousine.

By then, though, Rall was hooked on obscure autos, and he’s since rescued dozens -- Thunderbirds and Kaisers and Frazers and even more Packards -- hauling them home, rebuilding them, sometimes selling them to make room for the next one.

So he wasn't surprised when his phone buzzed earlier this month. His friend Scott Johnson was looking for an old car, and had found a '49 Packard in a north Lincoln repair shop.

Johnson sent photos, hoping Rall would know something about that model.

“I started looking at it and I said, 'Huh. That's a lot like the one I had in high school.'”

“Then I looked closer and I said, 'That's exactly like the one I had in high school.'”

In the past 46 years, Rall graduated, grew up, got married and then got divorced.

He lived in California and tried to make it as a musician. He returned to Lincoln, where he co-owned a recording studio for years, produced and voiced radio commercials and jingles, and worked in print advertising.

He sold stereos and then, nearly 20 years ago, he started selling fitness equipment.

He kept opening hoods, getting his hands dirty.

The years stacked up, and then the decades. He’s in his 60s now, though he doesn’t feel much older than the shaggy teen leaning against a fender in his father’s driveway.

But in all of that time, he didn’t give much thought to his first car, and what it was doing since it was last a part of his life.

“For 46 years, that car dropped off the radar. Never saw it again and never expected to.”

The day Johnson sent him the photo, Rall pulled out old pictures of his first Packard. He compared the two. The strange but cool gray paint. The tiny piece of trim missing from the same spot on both -- low on the pillar between the doors. The faint scrape in the rear passenger door.

He was getting persuaded.

He dug out the vehicle identification number of his old car -- recorded on an index card -- and drove to Olston's Auto Repair, where the Packard sat.

“I opened the hood and looked at the engine and there was my car,” he said. “It was absolutely unchanged.”

It felt like a time machine inside. The interior was so original, so familiar: wood grain on the dash, buttons on the seat.

“It was a weird feeling, 46 years. Man, a lot of water under the bridge since I last saw the car.”

Rall even crawled around, certain he'd find some small piece of garbage he'd dropped as a teenager, another tangible link to his younger self.

Outside, his Packard hadn't fared as well, weather-bitten by sun, snow and rain. It was rusty but not rusted through; those cars were built to endure, he said, with a thick steel skin.

He learned a little bit about where it had been most of his life, but not much. It was on the road for at least a few more years after they sold it, based on an inspection sticker. It was last owned by an old man whose family was recently cleaning out his storage unit.

This Packard was parked there in the weeds, so they called their mechanic, Toby Malousek, who owns Olston’s.

Yours if you want it, they told Malousek. Otherwise, we’re scrapping it.

“I said, ‘Don’t do that, there might be somebody looking for parts,’” Malousek said.

He had it towed to his shop, put in a new battery and got it running. He listed it on Craigslist but had little interest. He had decided to keep it, maybe tool around in the old car on weekends, when a customer saw it, and that eventually led to Rall reuniting with his first car.

His friend Johnson urged him to buy it: “It's come back to you. You've got to rescue it.”

Rall thought about it, but not for long. He paid $850, more than 10 times what he paid in 1967. He'll likely put as much as another $10,000 into it, getting it road-worthy, preparing the body, giving it fresh paint, going through the interior, turning back the clock.

“If this would have been just another '49 Packard, I would have looked at it and thought, 'That's cool. I used to have one.' But I would have kept going.”

“Someone sent this to me, I guess.”

Watch Now: Why do the vaccinated still fear COVID?

Watch Now: Why do the vaccinated still fear COVID?

Watch Now: What to do when you witness an attack

Watch Now: What to do when you witness an attack

Tough life for a roadside marker: It's subject to sun and snow and rain and, sometimes, tornadic-force winds.

PIERCE -- The museum parking lot was filled with power and polish -- a first-generation Camaro, a Bandit-era Trans Am, a Chevelle, a Jaguar --…

Collection of a lifetime: Chevy dealer to sell 500 old cars, dozens of them new

PIERCE -- The most valuable farm in Pierce County now has 24-hour security, possibly armed, camping where the soybeans used to be.

He found his first dream car at College View Auto, across the street from his part-time job at Alice's Restaurant.

First, the fast-flowing floodwaters of the Salt Creek tore up the city’s Jamaica North Trail, and then the slow pace of government delayed its…

When the bulldozers are done in a couple of weeks, nothing will remain of the five houses near 48th and Holdrege, or the corner gas station, t…

Fire in the sky: 50 years ago, a jetliner carrying 42 people fell out of a stormy sky near Falls City

FALLS CITY -- The night the sky exploded and scarred her family's farmland, Judy Schawang was in the back seat, eyes closed.

He was only 11 but big for his age, so the schoolmaster allowed him to cut classes and help with the harvest.

Her son had already been dead a month when the telegram made it to Chadron two days before Christmas 1943.

John Johnson hadn't bagged any ducks that morning, so he waded into the waters of the wildlife area near Norfolk to gather his decoys.

In Crete, a four-wheeled memorial to those who served

CRETE -- He’s dried out eight permanent markers in the past year, collecting signatures from strangers in the Wal-Mart parking lot, outside of…

GENEVA -- He had the car of his dreams, a $500 Jeep that had been rotting and rusting in a Hamilton County weed patch for so long he could sav…

Bill Gallentine Sr. spent nearly five decades working on the railroad, but he spent his lifetime working on cars.

Time machine: Back in his high school car more than 60 years later

Long before the day it made an old man cry, the car had been taking up space in a Seward County corn crib.

Steve Rall has been reunited with his first car, a 1949 Packard De Luxe Eight he bought while in high school.

Steve Rall posed with his dream car, a 1949 Packard De Luxe Eight, in his father’s driveway in 1968. The East High student paid $60 for his first car.

Steve Rall shows off the engine in the 1949 Packard De Luxe Eight that he bought in high school. A friend discovered the car at a north Lincoln repair shop and Rall bought it, reunited car and driver after 46 years.

Steve Rall has been reunited with his first car, a 1949 Packard De Luxe Eight.