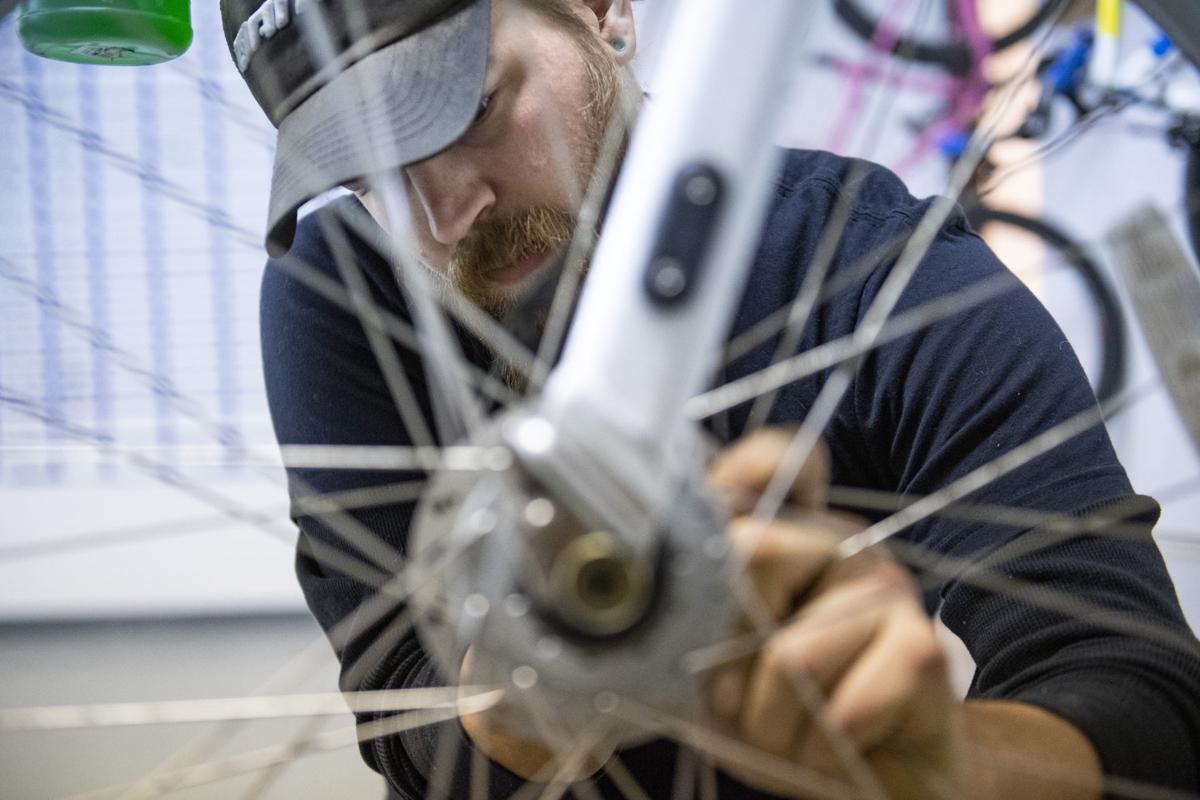 Brody Steffen works on a BikeLNK bike at the service's shop. BikeLNK is using the slower, colder months to overhaul each of its 100 bikes. 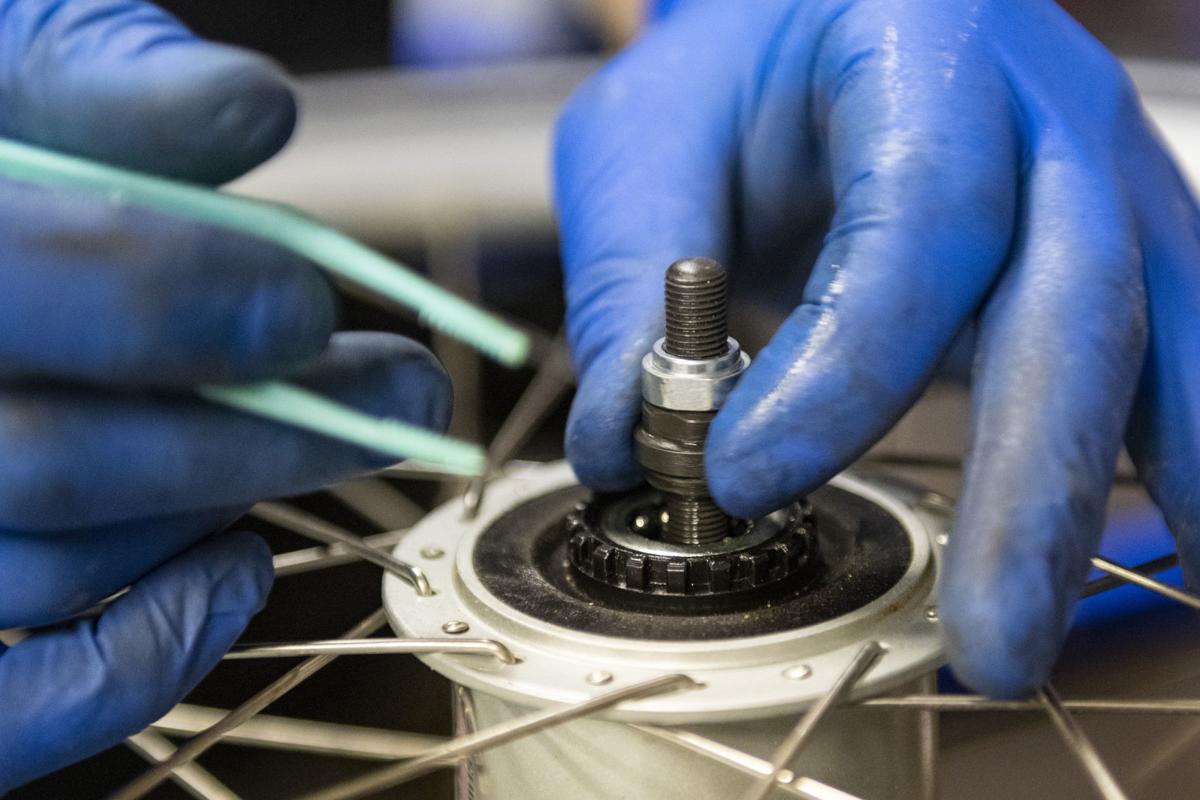 Brody Steffen works on a light generator at the BikeLNK shop. 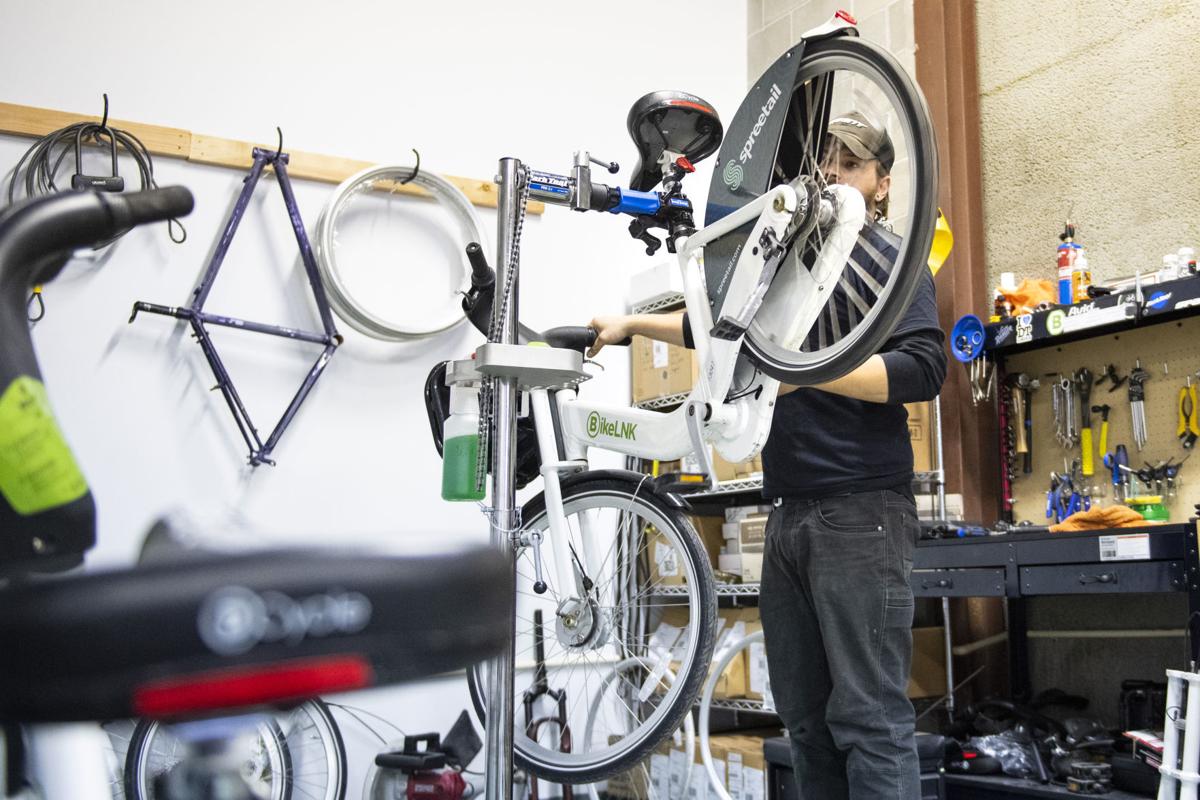 Brody Steffen inspects one of the 100 BikeLNK three-speeds. 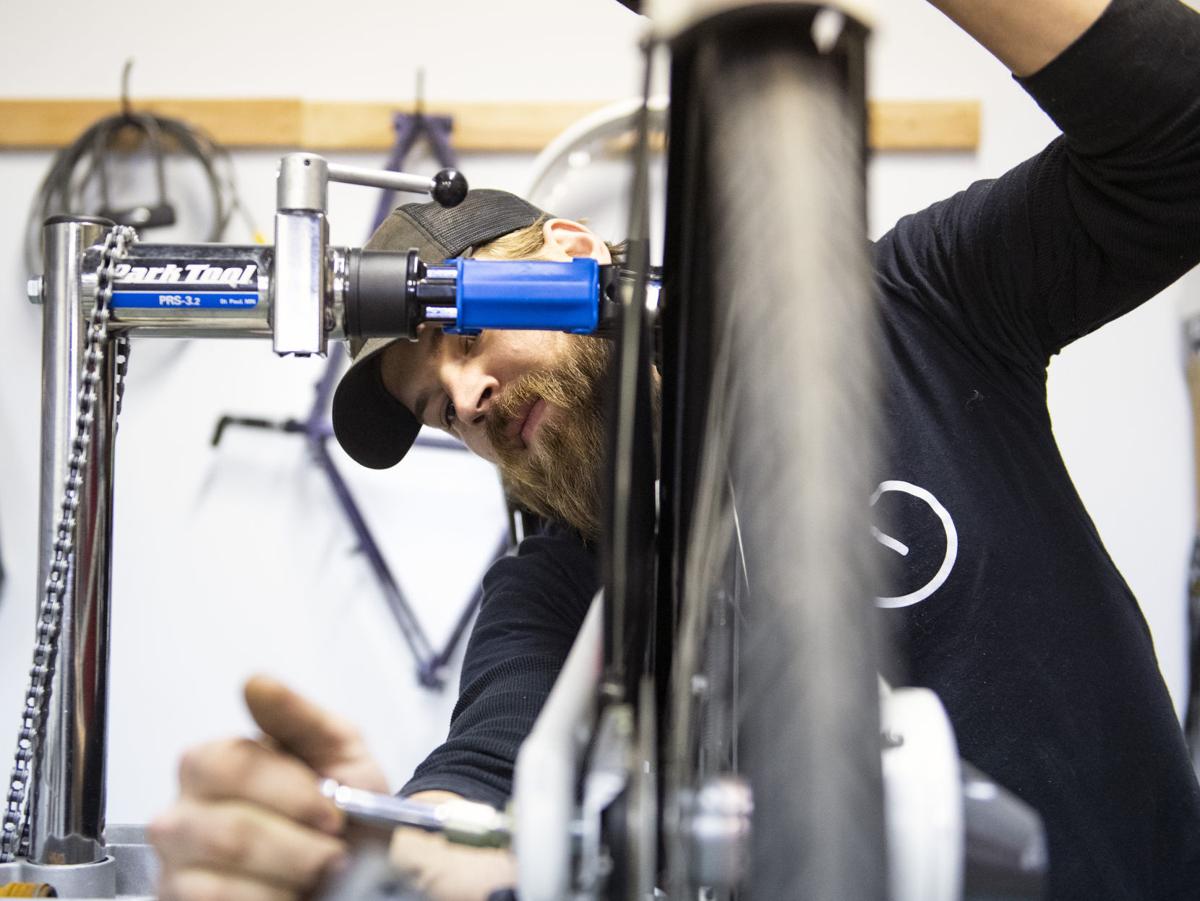 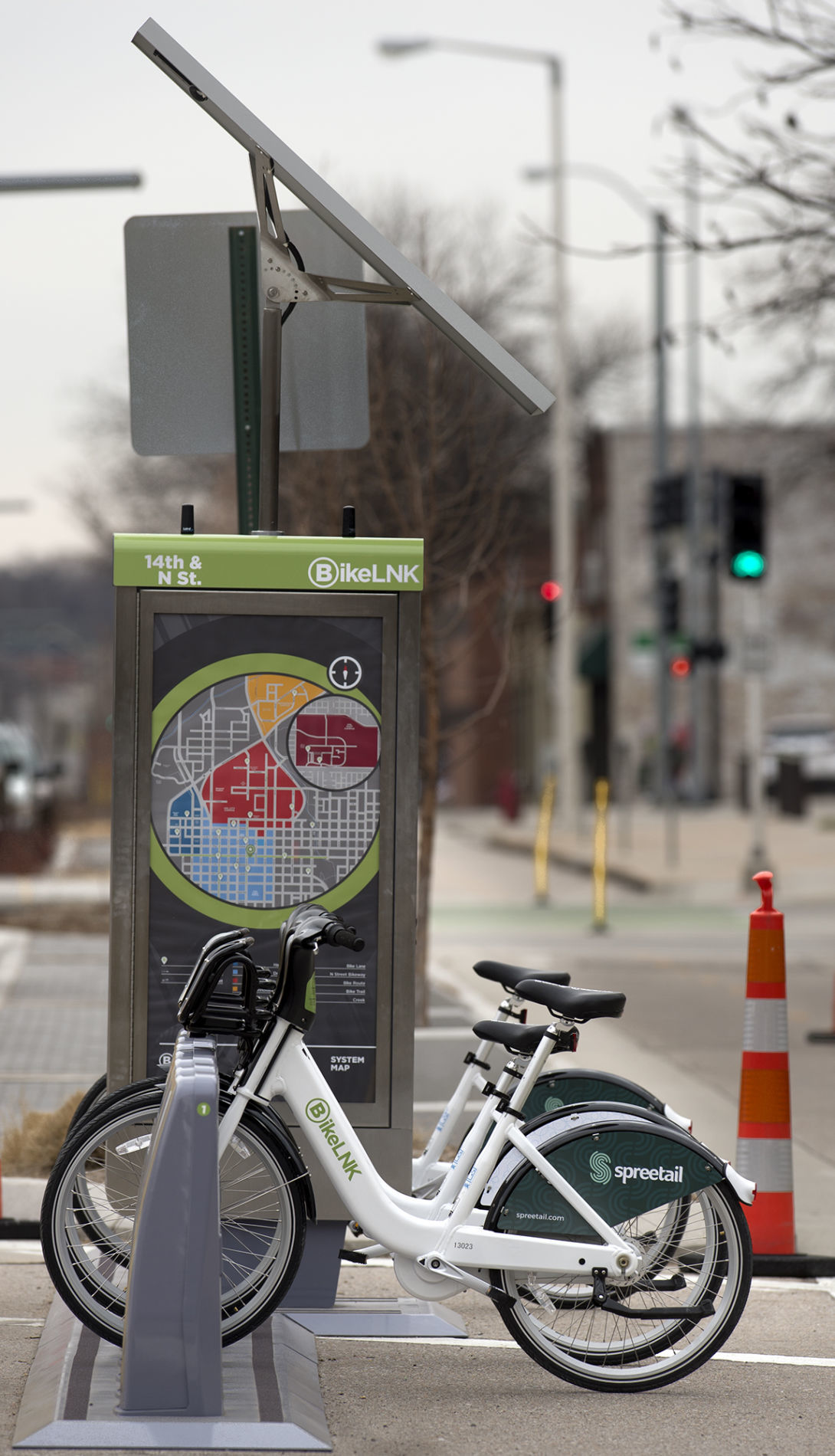 BikeLNK is planning to install new kiosks at the F Street Community Center and in the Railyard.

And they’re still rolling. Even after more than 28,000 trips — most of them short jaunts around downtown — all of the 100 BikeLNK bikes remain intact.

“They’re made durable,” said Jamie Granquist, BikeLNK manager. “Everything has held up really well to being in the elements, and being ridden by lots of different people at all times of the day.”

The bikes were busiest in September, when they were taken on nearly 5,400 trips. Despite the winter weather, customers and commuters are still riding them — almost 2,500 times during a bitter November, and closing in on 1,000 trips so far this month.

The service, a partnership between the city and BCycle, didn’t have specific ridership goals, she said. But Lincoln’s numbers are measured against use in comparable cities where BCycle operates, such as Omaha and Madison, Wisconsin. And Lincoln is holding up, she said.

“We’re off to a great start,” she said. “Everybody is really happy with the numbers that our riders are showing. They’re meeting and exceeding all expectations.”

Still, BikeLNK is using the slower season to overhaul the three-speed Treks, up to a half-dozen a day — taking each one apart, replacing cables, adjusting brakes, straightening wheels, lubing all of the moving parts, getting them ready for their second year.

And staffers have looked back at the first year, compiling a year-end report that shows how quickly the sharing service took off, and how quickly users made it part of their routine once the 19 kiosks opened around downtown and on UNL’s three campuses.

“The fact that so many people made it part of their life is very encouraging,” Granquist said.

A few of their findings:

* The bikes are used roughly three times more on any weekday than on Saturdays and Sundays — likely because of the number of students and workers downtown during the week.

* Since April, BikeLNK riders have burned an estimated 2.6 million calories and prevented about 63,000 pounds of carbon emissions.

It’s too soon to announce any changes for 2019, Granquist said, though she would like to add more bikes to the fleet. It’s also considering requests for kiosks in other parts of the city — such as the North Bottoms, near the Children's Zoo, and in the Near South neighborhood.

“Nothing’s off the table,” she said. “We’re waiting to see what’s going to happen.”

* One-time, 30-minute ride costs $3; use a credit or debit card at kiosk attached to each dock.

* For details, go to bikelnk.bcycle.com.

* Download the BCycle app to find and rent bikes.

Watch Now: Seniors struggle to get the vaccine

Watch Now: Seniors struggle to get the vaccine

The 100 white rental bikes that are the first phase of Lincoln's bike share program will soon be available.

Coke fans, it's not your day.

Less than a year after it got rolling, Lincoln’s bike rental program is hoping to expand.

Brody Steffen works on a BikeLNK bike at the service's shop. BikeLNK is using the slower, colder months to overhaul each of its 100 bikes.

Brody Steffen works on a light generator at the BikeLNK shop.

Brody Steffen inspects one of the 100 BikeLNK three-speeds.

BikeLNK is planning to install new kiosks at the F Street Community Center and in the Railyard.